Accessibility links
Administration Sees Progress In Afghanistan War The year-end review says the military has taken territory from the Taliban but now must train the Afghans to hold it, and the U.S. must convince Pakistan to help. The report indicates that the July troop withdrawal is on track. 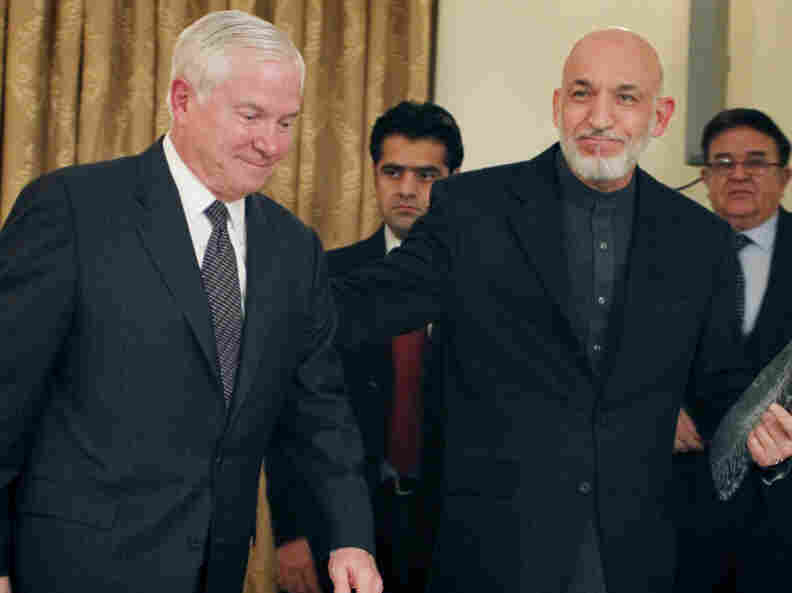 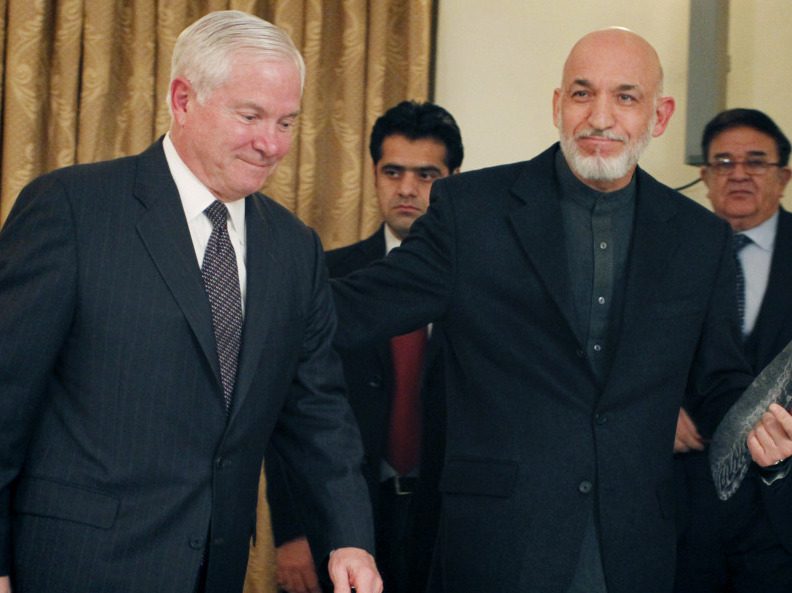 The Obama administration's review of its war strategy for Afghanistan concludes that there has been progress, but it's fragile.

The overall thrust of Thursday's report has been hinted at for months. Back in June, Secretary of Defense Robert Gates said his top commander at the time, Gen. Stanley McChrystal, was on the right track.

"I think Gen. McChrystal is pretty confident that by the end of the year, he will be able to point to sufficient progress that validates the strategy and also justifies continuing to work at this," Gates said.

So, now it's the end of the year, and the administration has said basically just that -- there's been progress and the strategy needs more time.

Last week, during a visit to Afghanistan, Gates said, "I will go back convinced that our strategy is working and that we will be able to achieve the key goals laid out by President Obama last year."

Administration officials say this review is not a referendum on the strategy itself, but on how it's being implemented -- a gut check on what's working and what's not.

There are things that are working, such as U.S.-led operations in the southern part of the country pushing insurgent groups out of key areas. Special forces raids have captured or killed hundreds of insurgent leaders in the past few months.

Anthony Cordesman of the Center for Strategic and International Studies, says some progress was inevitable.

"There was almost no way that we could avoid putting major military forces into Afghan villages in the south and not score really major initial gains," he says.

The big challenge is figuring out how to make the gains stick. The review acknowledges that "the challenge remains to make our gains durable and sustainable."

Robert Grenier agrees that's key. He was the CIA station chief in Pakistan and former director of the CIA's counterterrorism center.

"I think that this report really needs to be focusing on sustainability ... on whether the current level of U.S. effort, if drawn out to 2014 and beyond, is actually sustainable politically and otherwise," he says. "I see no indication that that's being addressed."

2014 is when Afghan troops are supposed to take control of the security situation so U.S. and NATO combat forces can stand down. Grenier says that can't happen unless the U.S. deals with two intractable issues.

The first is how to make the Afghan government effective enough so that when the fighting stops there's a system in place to hold things together. The second is solving the problem of safe havens across the border in Pakistan, where insurgents flee and regroup.

The trick there is getting Pakistan to step up, Grenier says. "The U.S. government has not been able to convince Pakistan that it is working toward a strategic goal in Afghanistan, and one that it can achieve, which will serve Pakistani interests."

The administration's review recognizes that meeting that goal requires greater cooperation with Pakistan along the border. And it says eliminating the safe havens "cannot be achieved through military means alone."

Although the review points to combat gains, especially in the southern provinces of Helmand and Kandahar, T.X. Hammes, a retired Marine colonel and senior research fellow at the National Defense University, says "tactical success doesn't have any impact if you have strategic failure."

"What do we think is going to change at the strategic level between now and 2014 that will translate this tactical success into some kind of strategic success?" he asks. "You go back to the two major questions: Will Pakistan change in a major way by 2014, and will the [Afghan] government change the way it operates before 2014?"

If the answer to those questions is no, Hammes says, it's not time for another progress report; it's time for a new strategy.