Accessibility links
The Root: Racism Exists On Both Sides Of The Aisle Some of the conservative criticism of President Obama has been decried by liberals as being based in race. Lenny McAllister of The Root argues that racism exists among Democrats as well as Republicans.

The Root: Racism Exists On Both Sides Of The Aisle

The Root: Racism Exists On Both Sides Of The Aisle 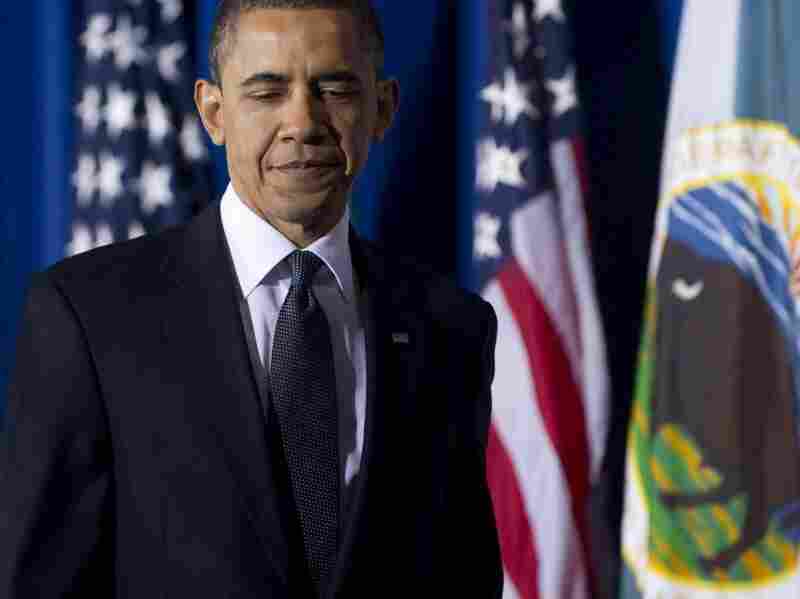 President Barack Obama speaks during a Conference at the Department of the Interior. Many critiques of the president, including a charge that he was not born in the U.S., have been called racist. Saul Loeb/AFP/Getty Images hide caption 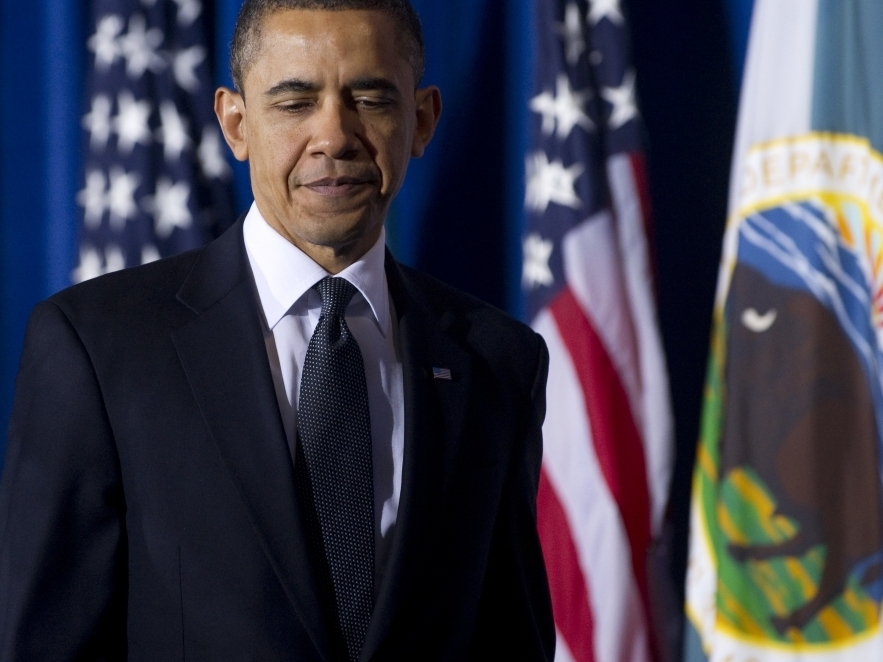 President Barack Obama speaks during a Conference at the Department of the Interior. Many critiques of the president, including a charge that he was not born in the U.S., have been called racist.

Lenny McAllister is a syndicated political commentator and the host of the morning radio show Launching Chicago With Lenny McAllister on WVON, The Talk of Chicago 1690 AM. He is the author of an upcoming edition of the book The Obama Era, Part I (2008-2010): Diary of a Mad Black PYC (Proud Young Conservative).

The explosive expressions of disgust and disunity with the president -- from Sen. Sherrod Brown's (D-OH) obvious anguish over Obama's tax-compromise framework to the left's media base calling him spineless -- has been evident since Obama announced the proposal last week to maintain the Bush tax cuts in return for extending unemployment benefits.

The groundswell of opposing voices is a familiar phenomenon for the president as he takes on a tough economy in the midst of geopolitical turbulence. However, the character of the heated debate between Obama and his fellow Democrats has taken on a different tone.

Since the onslaught of the Tea Party movement in 2009, descriptions of much of the conservative opposition to Obama -- of those critiques that fall short of using imagery of a "boy president" or a "witch doctor" but that rip Obama on perceived policy gaffes and international mistakes -- have often ranged from racist to evil. Any arguments that Republicans make about the fundamental differences between themselves and Obama in philosophy and political approach to the economy, the military and society at large are promptly batted away.

Now, however, many are overlooking the disrespectful dynamic coming from the lot of ungrateful Democrats. Imagine if Sen. Mitch McConnell (R-KY) had held a major press conference at the same time Obama was having a press conference announcing a breakthrough, bipartisan effort. And what if Sean Hannity went on television and continually called Obama spineless for brokering a deal that brings a sense of economic stability to a wide range of Americans regardless of socioeconomic background, especially during these hard times?

When similar incidents did occur among Republicans, the response of many Americans was that these conservatives constituted the "party of no," a coalition of self-serving politicos out to defeat the first black president of the United States because of their racist tendencies.

Is the same true now that the shoe is on the other (i.e., left) foot? The tone of disagreement on the political left, coupled with their recent practice of distancing themselves from Obama on the campaign trail, is problematic. There's the report that at least one congressional Democrat used the f-word in describing Obama during a closed-door discussion about the tax compromise. Then there's the way Democrats disregarded the president by ignoring his direction to incorporate Republican ideas (e.g., insurance portability) during the health care debate in 2009. Clearly, there has been a growing separation between the far left and Obama.

And although many would state that the divide is merely about policy differences -- the same reasons that keep the hard right and President Obama frosty in their interactions -- more congressional Democrats are showing questionable methodology in criticizing and addressing Obama. From a societal standpoint, it increasingly resembles the sentiment that most Democrats express toward black Republicans: that the power players within the party will use a charismatic and influential African-American politician for selfish gain, but will toss him away once the last ounce of usefulness is gone.

Considering that noted Democrats such as Nevada's Sen. Harry Reid (famed for his "Negro dialect" comment) and former President Bill Clinton (you'll recall his comment to the late Sen. Ted Kennedy about Obama serving coffee) have made rather disrespectful comments about the president in recent times, we should not wonder much about why the level of angst and condescending tone is now rising after key Democrat losses in November and the president's much-needed compromise, particularly since Democrats do not have the votes to pass legislation without Republican cooperation.

Although the 2008 presidential primary is a distant memory, it was not that long ago that key Democratic partisans were unpleasantly surprised by a young, educated black newcomer who came onto the scene to steal a nomination from consensus choice Hillary Clinton and went on to win the White House. Is it that much of a stretch to suggest that those lingering feelings from 2008 -- some racial, some not -- are playing a part in the rhetoric we are hearing from the left today?

And why are we so willing to chalk up Democratic frustration to differences of opinion, even when we have evidence that suggests other factors? If Democrats are capable of having philosophical differences with Obama, then why is it so hard to believe that Republicans can do the same without race being a factor?

Or, perhaps, is race an issue -- at some level -- with both parties? After all, there has never been a black U.S. president before, and since racism knows no boundaries, maybe the underlying frustrations permeate -- and eventually rear their ugly heads on -- both sides of the aisle, even if others are unwilling to admit it.

If this is true, then the racism of "the New Jim Crow" is stronger than some would like to believe in the 21st century, and furthermore, it can supersede even partisan politics. If so, it is a lesson that President Obama is learning the hard way in Washington.