Accessibility links
The 5 Things The Afghan War Review Didn't Say The Obama administration's review of progress in the war was mostly optimistic. But a summary released Thursday by the White House left many questions unanswered that must be addressed if U.S. strategy is to succeed within the proposed time frame. 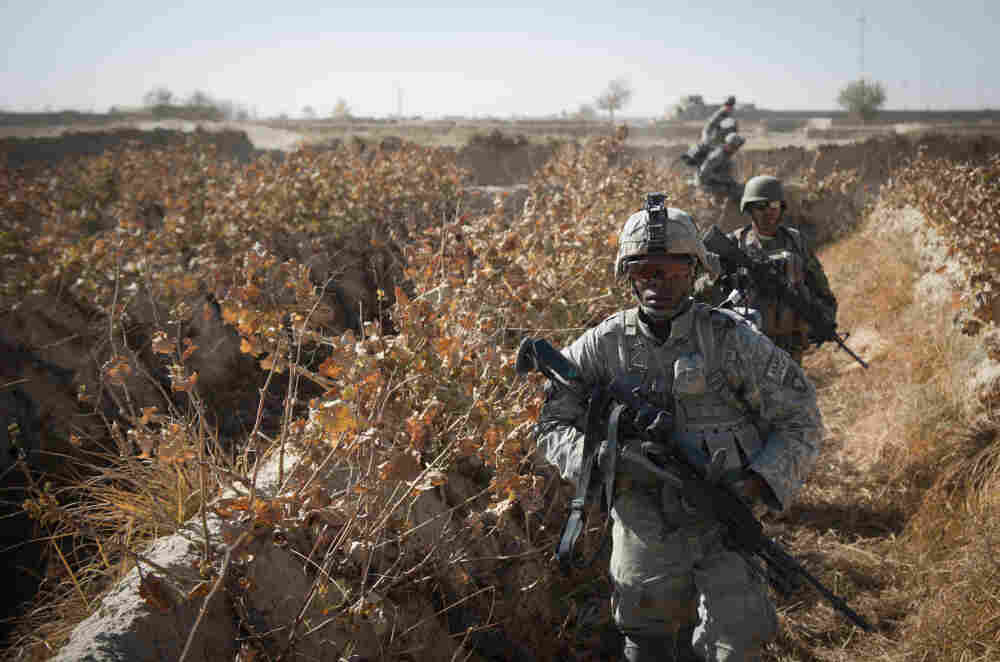 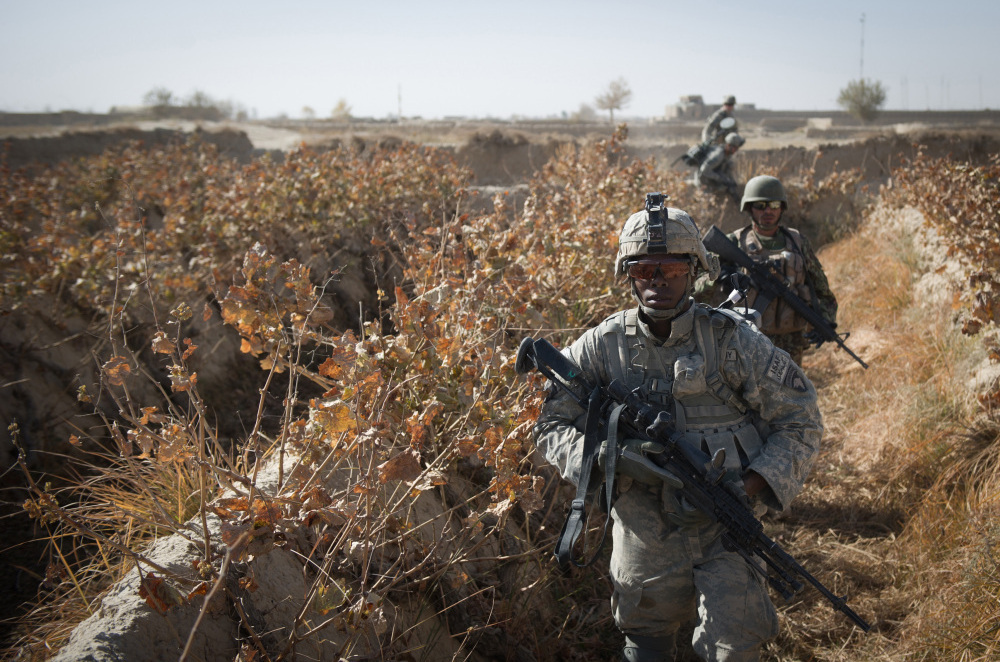 As expected, the Obama administration's review of progress in the war in Afghanistan was mostly optimistic, outlining progress in key strategic areas such as beating back the Taliban and depleting the operational capacity of al-Qaida.

Still, the summary of the review that was released by the White House on Thursday leaves many questions unanswered. For the administration's strategy to succeed within the time frame it currently proposes -- handing over primary security responsibility to the Afghans by 2014 -- the following problem areas will have to be addressed:

1. The Afghan Government: State Department diplomats have complained that President Hamid Karzai has been an unreliable ally. Members of his government -- notably his half-brother, Ahmed Wali Karzai, the chair of Kandahar's provincial council -- have been accused of corruption. Drug dealing is rampant in the country, and the central government's authority is weak outside the capital, Kabul. Political resolution is key, but the review's language on governance questions and on the shape of an Afghan "end-state" is vague. "It's very military-focused and doesn't fundamentally deal with these broader issues of a sustainable political resolution down the road," says Steve Clemons, a senior fellow at the New America Foundation.

Highlights Of The Review

Taliban: Coalition forces are beating back the Taliban in southern provinces such as Helmand and Kandahar, but the review concedes that such success is "fragile and reversible."

Al-Qaida: With the terrorist group's senior leadership depleted and its safe havens in Pakistan less secure, its ability to launch attacks has been diminished, though not halted.

Pakistan: The report notes that al-Qaida's safe havens in Pakistan remain a "central" problem that needs to be addressed but is short on specifics about any new approach beyond "greater cooperation."

Afghanistan: The report is quiet about the sometimes strained relationship between the U.S. and the Afghan government.

The review mentions "corruption" just once, and at a press conference Thursday following the report's release, no one -- not President Obama, not Secretary of State Hillary Clinton, not Defense Secretary Robert Gates -- used the word in their prepared statements. That's in spite of a leaked diplomatic cable from U.S. Ambassador to Afghanistan Karl Eikenberry that stated: "One of our major challenges in Afghanistan [is] how to fight corruption and connect the people to their government, when the key government officials are themselves corrupt."

2. The Afghan National Army: Coalition support has helped the Afghan army meet its targets in terms of troop buildup. But U.S. troops on the ground with whom NPR has talked say that Afghan force quality is a mixed bag. The majority of Afghan soldiers lack basic skills, including literacy. Preparing the Afghan army and police to be capable of providing security as Western troops depart has become an increasing focus of coalition efforts but remains a challenge.

3. NATO Commitment: At the organization's summit meeting last month, NATO allies agreed to Obama's call to maintain a large Western military presence in Afghanistan until 2014. Countries that were planning to pull out combat troops -- notably, Canada -- agreed to provide troops to help train the Afghan National Army. The administration's review summary highlights NATO's "enduring commitment beyond 2014," yet it's clear that European leaders face considerable political pressure back home to withdraw, and only Britain has a sizable number of troops on the ground. As a result, the war is becoming increasingly Americanized. On Thursday, Germany's foreign minister confirmed that country's intention to begin withdrawing its 4,600 troops from Afghanistan by the end of next year.

4. Pakistan: The review summary devotes considerable attention to the problem of al-Qaida and Taliban leaders finding safe haven across the border in Pakistan. The document calls for greater cooperation with Pakistan but is short on specifics about how to get there. Pakistan clearly has ambivalent feelings about the U.S. effort in Afghanistan. It doesn't want Western forces to leave behind a mess in its backyard, but at the same time it doesn't trust the government in Afghanistan. Pakistan's defense minister said Thursday that his nation won't be pressured by the U.S. into launching new military offenses against the Taliban in Pakistan's northwest before it's ready.

5. The War On Terrorism: The review summary highlights "significant progress" in disrupting al-Qaida's leadership in Pakistan. "Al-Qaida's senior leadership has been depleted, the group's safe haven is smaller and less secure, and its ability to prepare and conduct terrorist operations has been degraded in important ways," it states. The war's initial aim of driving al-Qaida from Afghanistan has also largely been successful. Yet al-Qaida has been able to regroup and launch attacks from other locations, notably in Yemen. It was beyond the scope of the Afghanistan review to address anti-terrorism efforts elsewhere, but al-Qaida remains a mobile threat, and it's unlikely the U.S. can readily muster 100,000 more troops to chase it outside the Afghanistan-Pakistan region.