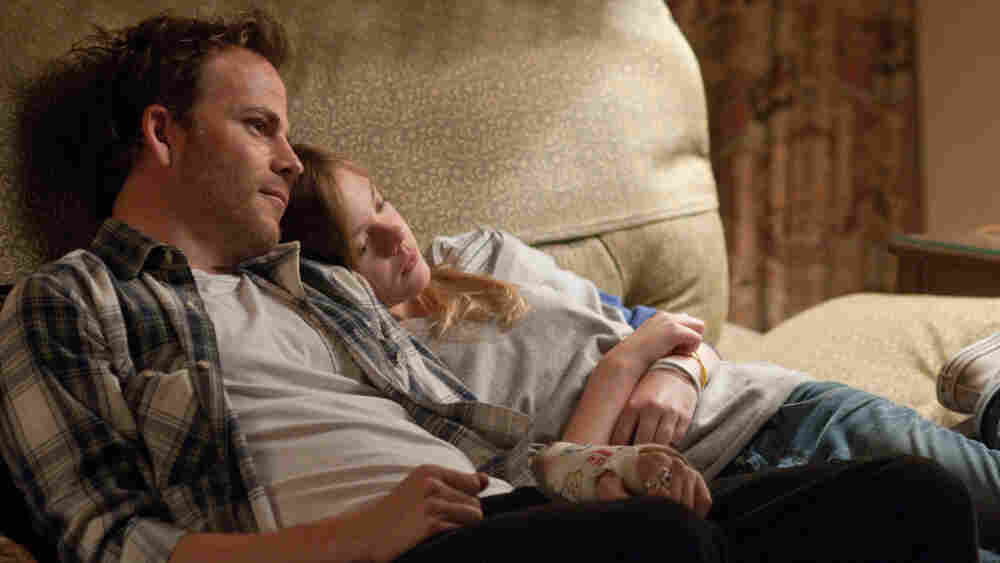 Hollywood actor Johnny Marco drives a Ferrari. He lives in the Chateau Marmont, synonymous with both "celebrity" and "notoriety." Twin blond strippers visit his room there to pole-dance for him in the middle of the night.

'I Do My Own Stunts'

From 'Somewhere' - 'You Look Amazing'

From 'Somewhere' - 'You're Really Good'

He's also divorced and disconnected, numbed by booze and pills, energetically "on" in public but deeply unhappy in private.

Marco is the protagonist of Sofia Coppola's new movie, Somewhere, and both Coppola and Stephen Dorff, the actor who plays the character, appear to be fascinated by him. Coppola wrote, produced and directed the film and says her protagonist was inspired by real Hollywood people -- "these successful movie-star types with a party lifestyle," as she puts it, "and, you know, lots of different women."

"It looks really fun," Coppola tells NPR's Melissa Block. "But I wondered what the other side of his life might be like, and what it could be like in his private moments."

What came to her was a character whose life "has become out of balance when we meet him," she says. "He's drifting."

That life gets upended when Marco's 11-year-old daughter, Cleo (Elle Fanning), unexpectedly comes to live with him. Coppola and Dorff tried to portray the changes in a superficial life as realistically as possible, and they resorted to some somewhat unconventional methods to do it.

"I'm glad you didn't do any acting," Coppola tells Dorff, who joined her in the studios at NPR West. She means it as a compliment, and Dorff seems to take it that way.

"I felt like if I was going to do any acting, it might unravel this intimacy that Sofia was creating," Dorff says.

'When You're Lost, Time's Moving Slow'

In the early stretches of Somewhere, Johnny Marco can't quite stay awake. He falls asleep in the middle of that pole-dance. At one point, he nods off during sex.

"Yeah, he sleeps a lot, Johnny Marco," Dorff says. "There are so many quiet moments, so much sleeping."

With such an understated character to play, Dorff looked for ways to express the man's emotional state through brief glances and telling behavior.

"It took some good sleep-acting," he says, laughing. "I tried to [come to the set] really tired, because I always find that [in] movies with people 'waking up' or 'falling asleep,' it always seems a little acted."

There are long scenes in Somewhere where nothing really happens. Marco sits by himself, has a beer, smokes an entire cigarette on camera.

Normally that is a technical challenge -- in an average film, with multiple takes and camera angles, "you have to worry about how long the cigarette was at the moment [you cut]" to avoid continuity errors, Dorff points out. "So I thought that cigarette scene was very daring."

In Somewhere, though, the long, lonely scenes take place in real time, and the camera rarely cuts. Dorff says that in addition to minimizing continuity issues, it actually made his job easier.

"Sofia did such a cool job at keeping it very bare minimum with the crew," he says. "It felt like we were alone -- the room felt dark; I just had a coffee table with a beer and my cigarette and those fake apples on the table." 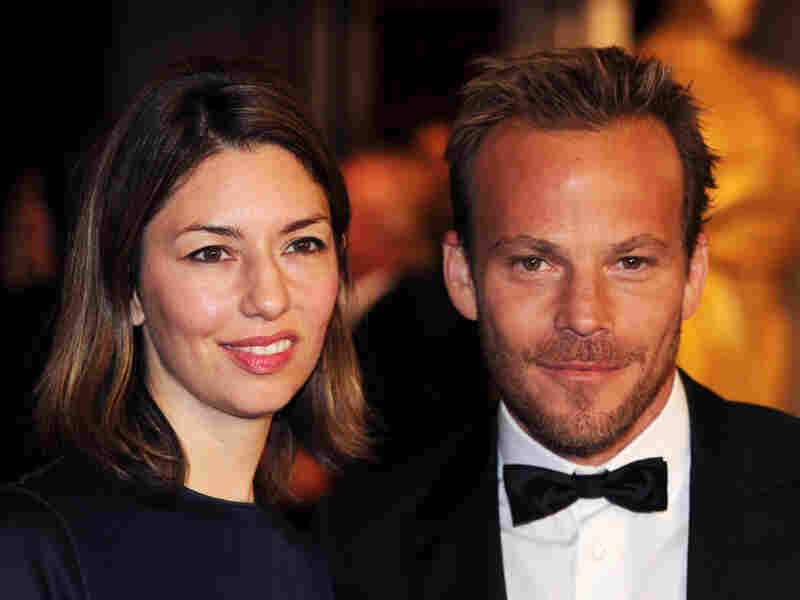 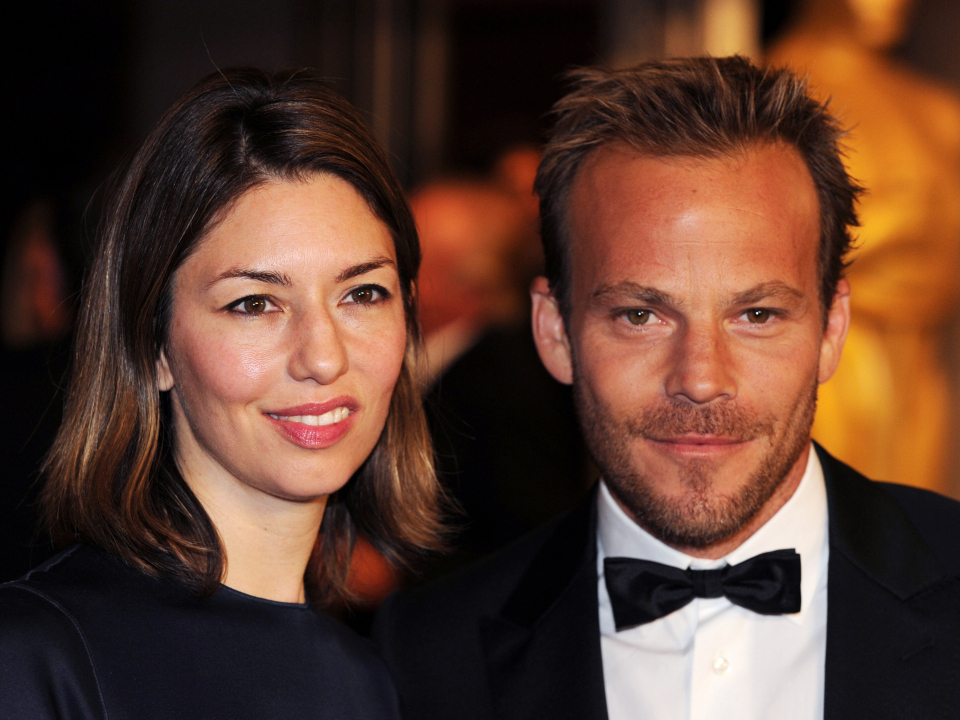 Unconventional Moviemaking: Director Sofia Coppola (left, with Dorff at the Somewhere premiere) used strategies she learned from her father, Francis Ford Coppola, to help heighten the film's sense of realism.

Actor and director agree that those scenes are key to conveying Marco's discontent.

"When you're lost, time's moving slow," Dorff says. "You look at your watch, and maybe only 10 minutes have gone by."

And when it comes to Johnny Marco, "he's always had someone telling him where to go and what to do," adds Coppola. "So the moment he's alone, he doesn't really know what to do with himself."

Cleo, Johnny Marco's daughter, has led a privileged life herself -- her dad's a star, after all -- but she's still something of an innocent when she arrives to stay with him at the Chateau Marmont.

"It was important that that she feel like a real kid," Coppola says. She wanted Cleo to represent "a real contrast" to Johnny's unmoored life.

And it was important that the two have a clear connection, even though he doesn't know her very well. To create that bond convincingly, Coppola, Dorff and Fanning did plenty of work off camera.

"We did rehearsals and improvisations -- and I asked Stephen to pick her up at school, and really take her to do some things," Coppola says.

It's a trick the director learned from her father, Hollywood veteran Francis Ford Coppola. "He used to do that with actors ... to give the characters memories," she says. "I've done that with my other films, and I found it really adds a lot to it."

"It was cute," she adds. "Stephen and Elle would come back and tell me the things they did together."

For the young, unmarried Dorff, picking Fanning up from school was an unfamiliar experience. "I was kind of worried about being responsible," he remembers. "Not being a father yet, I don't really know what it's like to hang out with an 11-year-old in my car."

Among other things, he's a smoker -- and his car smelled like it, he says.

"It was strange," he remembers. "I picked her up in my car, and I kind of sprayed some air freshener, and asked her to put her seat belt on and really focused on my driving. We went for a yogurt together because she didn't want ice cream -- we went to Pinkberry. And then we went to this cool place called Color Me Mine, this pottery place where kids can, like, make stuff, and then they cook it in ovens and you pick it up the next day.

"What was great was that we got to kind of fight through the awkwardness and the nervousness of just meeting each other, and developed a friendship and a trust," he says. "So much of the movie was like working with my equal -- I had to try to remember, 'Oh, Elle's only 11,' because she's such a great actress and such a great girl.

"I went to her volleyball games. It was just kind of nice that Sofia gave us that time. When it came time to come around the set, we really could do anything."

"I felt like by the time we started shooting they had a rapport," Coppola adds. "All these kind of private jokes. You feel their bond come through."

You Can't Make This Stuff Up

Though Dorff and Coppola went to great lengths to conjure up Marco's world convincingly, some parts of his life were easier than others to portray realistically. In one scene, Marco attends a press conference with the Hollywood Foreign Press Association to promote his latest film. A flurry of hilariously inane questions ensues. Coppola says the journalists in the scene were real members of the Hollywood Foreign Press Association -- the group that hands out the Golden Globes -- and they came up with plenty of those offbeat queries themselves.

"They're so random, because they all write for different kinds of magazines," she says. So although she scripted some of the sillier questions, also "just asked them, 'You know, ask what you would ask really at a conference.' "

The result? A Russian journalist asked Dorff, in character as Johnny Marco, for his workout secrets. It's one of the funnier moments in the film.

And then it happened all over again, when the two hit the PR circuit for Somewhere.

"Yeah I found the [real-life] Hollywood Foreign Press conference that we just did the other day very surreal," Dorff says. "We were in the same exact room, same exact desk, except it said my name instead of Johnny Marco's."

Sometimes, apparently, you don't need to make this stuff up.