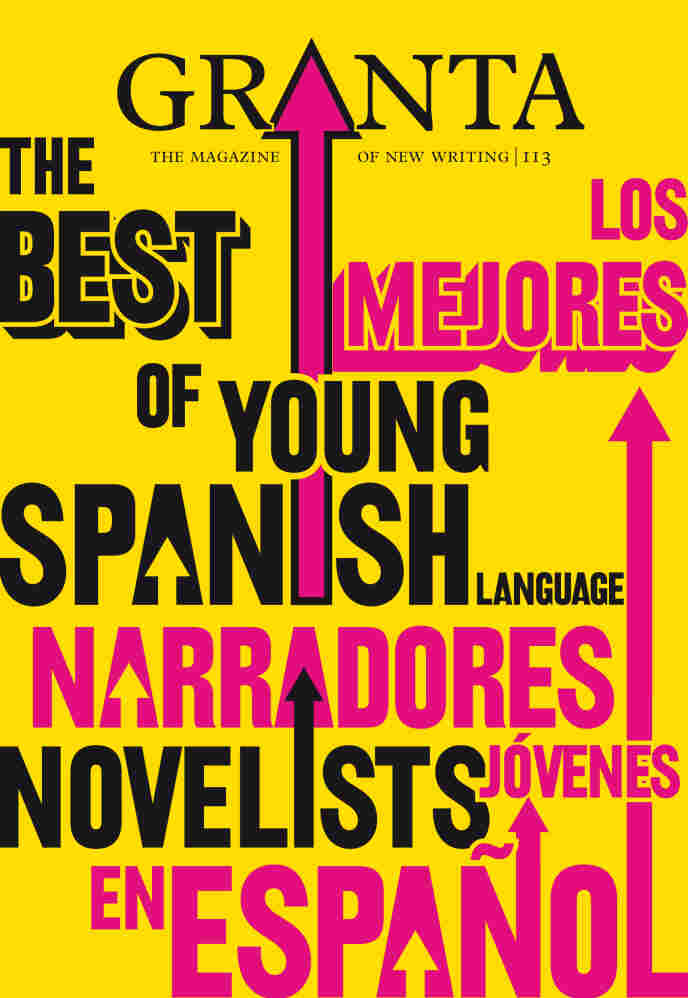 The prestigious literary magazine Granta, based in London, has been anointing the best new writers for decades, often predicting some of the world's biggest names (they discovered a new writer on the scene named Salman Rushdie, for example). But for the winter issue this year, the editors turned away from Britain and America and to Spain and Latin America, choosing to dedicate an issue to the best new writing emerging from the Spanish-speaking world.

Granta Editor John Freeman and his colleague Valerie Miles spoke to host Don Gonyea from London and Barcelona, respectively, about the latest issue of the journal and why they decided to focus their attention on Latin American voices.

"It's the degree of talent that's working in the Spanish language today," Freeman explains. "We've done three best young British novelist issues -- the first one found Salman Rushdie and Kazuo Ishiguro and Julian Barnes. For the past seven years, we've had Granta en espanol in Spain, run by Valerie, and they've been talking to us about young writers who are emerging, and it felt long overdue that we acknowledge this talent."

More than a third of the writers in the new issue hail from Argentina, a location that Miles says is ripe with literary talent. "A lot of it has to do with the fact that Argentina is a country with a very long and strong literary tradition," she says. "But it also has to do with the fact that it has wonderful bookstores. Some of the really great and really important publishing companies that ran away from Franco's Spain ended up in Argentina, and it's very exciting to see what's going on there."

One of the Argentine writers featured is Lucia Puenzo, whose story "Cohiba" focuses on life in Havana. Miles says Puenzo is so exciting because of her ability to play with form and tense.

"She has a very interesting approach to writing, which is that she likes the present tense," Miles says of Puenzo. "While she is writing, she opens narrative bubbles where even in flashback she's writing in the present tense."

Miles goes on to read a passage from "Cohiba":

The street is a psychotic migratory wave: people walking in groups, nobody going in the same direction. They walk with the same sluggish gait, crushed by the heat and lack of air. Along the banks a string of large, run-down houses and mansions from the colonial period now converted into human dovecotes, one family per room, are all in the same state: peeling paint, broken glass, tall weeds, holes in the ceilings and walls.

"I like the directness of Lucia's writing," Miles continues. "The fact that she puts that together with a present-tense narration gives an immediacy to the story I think is very interesting."

Freeman notes that he is a big fan of Andres Felipe Solano, who wrote a story called "The Cuervo Brothers" (excerpted below).

"The narrator goes to school with the Cuervo brothers; there's all kinds of rumors about them, that they're gay, that their mother does terrible things for work," Freeman explains. "If anyone has ever gone to a new school and there's new kids there, these are the kinds of things that multiply."

So is the next Jonathan Franzen or Martin Amis hiding out in Latin America, waiting to be discovered? Miles believes so.

"I'm sure we're going to see prizes," she asserts. "As a matter of fact, Pablo Gutierrez, one of the lesser-known writers, just won the National Critics Award. So I do think we are going to see really exciting things from these authors in the future." 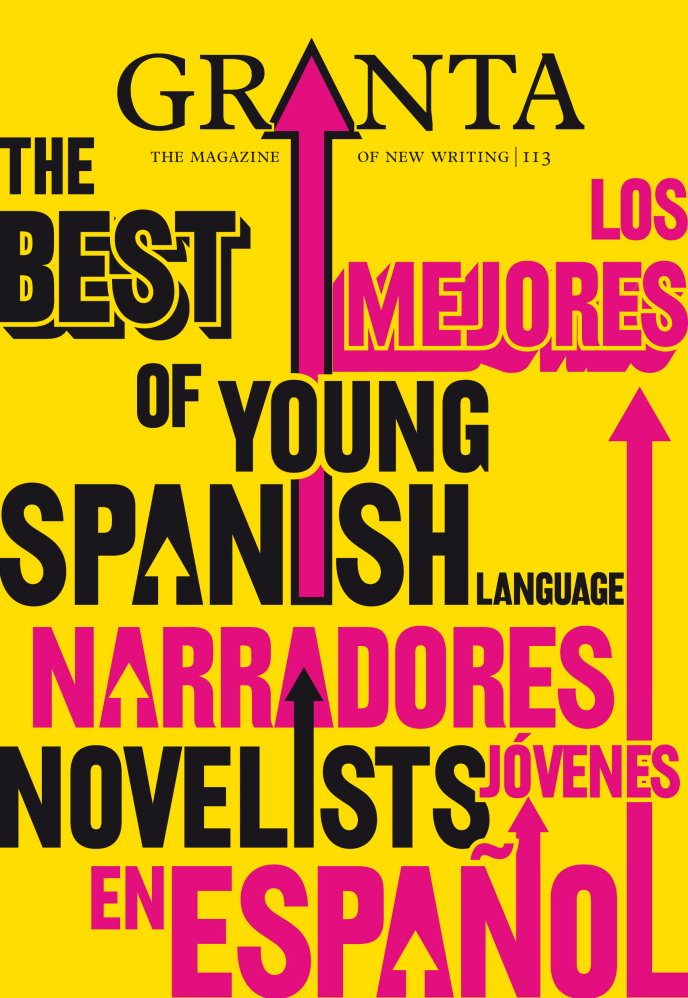 John Freeman writes the following about the selected excerpt from Andres Felipe Solano: A man looks back on his youth in Colombia, when two brothers -- the Cuervo brothers -- came to town, trailing rumors in their wake. They were gay, their mother had been murdered, they sold marijuana, they took photos of the wreckage whenever drug lords blew up car bombs in downtown Bogota. Like all newcomers, the Cuervo brothers seem like outsiders, but as we read this robust and energetic tale, it becomes apparent it was not them but the narrator and his friends who were on the outside looking in.

The Cuervo brothers claimed to have been transferred from a school whose name we had never heard of. The older one started in the second year, a class below me. The younger one joined in the last year of primary school. From the very first week there were all kinds of stories about them. As the months went by, these grew like the number of bullfrogs in the rainy season. During these holidays, I've classified them all in a notebook. Going over them carefully, I've established four categories: 1. Sex, 2. Sinister, 3. Diabolical, 4. Martian.

As was to be expected, the first rumour spread about them was that they were queer. Gay as butterflies, but not very brightly coloured. Brown or perhaps black, those with just a flash of yellow or aquamarine blue. When we started having girlfriends, my best friend Diego told me that one night, after seeing Alien 3 with Maria Adelaida in the Embajador, he caught sight of the older brother selling himself on the corner of the Terraza Pasteur shopping mall. He got into a green jeep in a parking lot and began sucking off an old guy who looked like a military man. While he was face down, the guy was playing with his false teeth, or so Diego said, without the trace of a smile. The wildest story in this category was about their bodies. According to the person telling it (I can't remember now who that was), the brothers were born hermaphrodites, and someone saw them binding up their breasts in a toilet before a PE class. After that we got on to their families. As soon as we learned they lived on their own with their grandmother, crime was added to the sex stories we swapped during break time. The worst of these concerned the double life their mother had lived. She had been a high-class whore, but their father found out when they were only little and slit her throat. He was in Gorgona prison, and had five years left to serve of his sentence. When he got out, he was going to reclaim them, and would kill everyone who had made fun of them. I remembered, though, that in a history class once, we had been told the island prison of Gorgona had been closed in 1977, when the only inmates left were poisonous snakes.

The sinister stories all started with a melodramatic incident. At first there was a rumour they had escaped from an orphanage south of the city. The wealthy spinster they were now living with helped them run away one night through a drainage pipe, and took them to live in one of the 1940s mansions that still survived in the neighbourhood around the school. Most of them had been pulled down or converted into car workshops, but the house where the Cuervos lived was just as it had always been, with its lofty English appearance. Others said they were her legitimate grandsons, flesh of her flesh, but that every weekend she chained their hands and feet, locked them in the basement, and only gave them wheat broth and stale bread to eat. That's why they smelled so badly when they came to school on Mondays, it was said. The most dreadful aspect of the whole thing was imagining them having to eat that thick soup, that slimy gruel we all hated when it was served up in the school canteen. Some boys even said the dungeon they were kept in communicated directly with the basements in Avenida Jimenez, the ones near the spot where Gaitan was killed, and that his real killer had escaped through them. I myself invented the rumour that the younger one suffered from a strange illness which meant he could only see in black and white, and that was why his eyes were wrinkled like prunes. Nobody liked that one. So I invented a syndrome which gave him convulsions and made him clasp his balls if he spent too long in the open air. That explains why he never plays football, I said, to clinch the argument.

Zorrilla was the one who started the diabolical rumours when the sex ones faded out after the older brother was seen on a date in a cafe after school, whispering in the ear of one of the female dental assistants who visited the school. Something we could not deny, and which filled us with rage, was that, despite being very skinny, the Cuervo brothers were by no means ugly. It would have been much easier for all of us if they had been. Zorrilla, who had one leg withered from polio, would slap it as he told us time and again in the alleyway behind the library, next to the church, that he hadn't been able to resist the temptation, and one Friday evening had slipped into the brothers' house. He only managed to get as far as the interior courtyard, where he saw a slaughtered calf covered in a cloud of flies that were buzzing horribly. Sometimes when he told the story it was a calf, at others a sheep. In the end he settled on a billy goat, after Gomez told him that was the animal the Devil took shape in whenever he wanted to come down from the world beyond. We all enthusiastically agreed they were in league with the Devil and that their grandmother had been a witch. None of us questioned how Zorrilla, with his gammy leg, had climbed over the two-metre wall surrounding the Cuervos' old house.

Navarro was ultra-Catholic, and almost as scary as the brothers. He was the source of one of the least popular stories, which I've classified under the heading: The Sect. I put it in the 'Diabolical' category just to prove I was including everything. Navarro claimed they were the sons of a pastor in the Unification Church, founded by a mysterious Korean. The Church had called on their father and mother to abandon them and travel the countryside spreading the holy word of the founder, who saw himself as the true Messiah.

But it's the Martian stories that are still my favourites. I called them that because they portrayed the brothers as real aliens. Some boys claimed the Cuervos had never worn jeans, drank their own urine mixed with Coca-Cola, that at Halloween they went out wearing their school uniforms, saying that was their disguise, that they made knives at home and bartered them for marijuana with the street sellers on Avenida Caracas, that they were fencing and Graeco-Roman wrestling champions, but had been thrown out of the Bogotá league for being queer.

The boys from lower forms added many more details to the brothers' weird habits. They claimed the two of them didn't eat tomato sauce, spoke Latin to each other, shaved their armpits, collected clothes hangers, only read encyclopedias and had never watched TV. Perhaps these last two were stories with some vestige of the truth to them. I'm saying that because I can prove it. My mother was their grandmother's accountant for seven years and went to see her at least every six months. She sometimes told me snippets about the brothers, such as, for example, that she had never seen a television set in the house. If I tried to find out more about them, she would tell me not to be such a gossip. Let them be, don't you see they haven't got any parents? she would say. 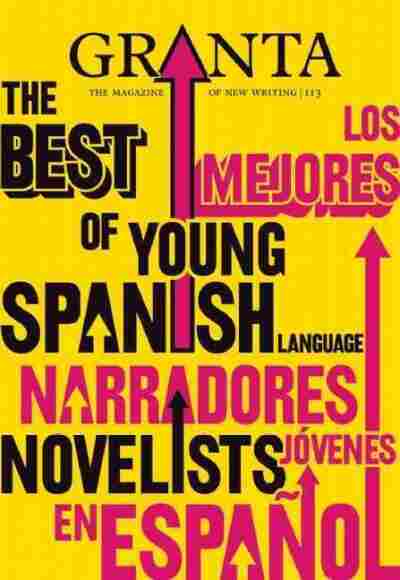