Accessibility links
Looking At The Life And Times Of Thelonious Monk Robin D.G. Kelley's new book, Thelonious Monk: The Life and Times of an American Original, focuses on the career of the eccentric jazz pianist and composer. It reveals new details about Monk's life, music and mental health problems, and provides a glimpse into the New York jazz scene of the mid-twentieth century. 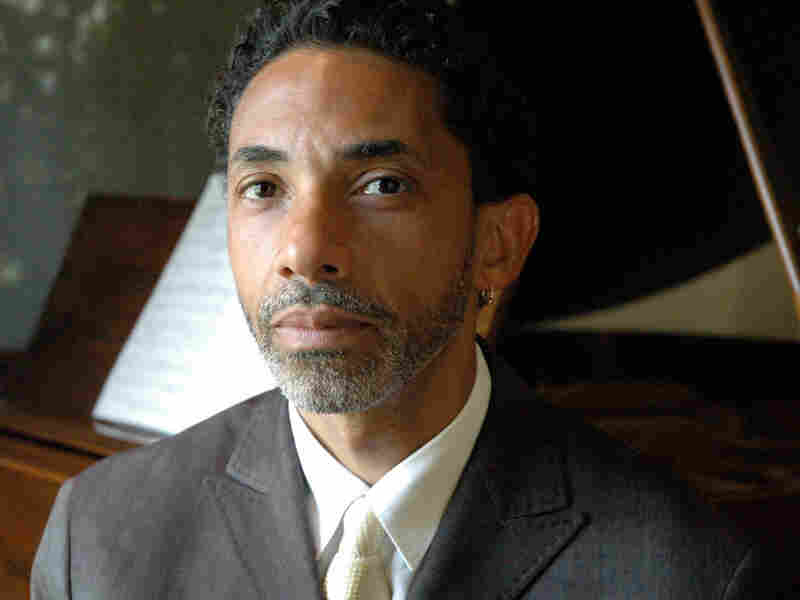 Kelley is currently completing a book about the relationship between jazz and African culture, Speaking in Tongues: Jazz and Modern Africa. Simon & Schuster hide caption 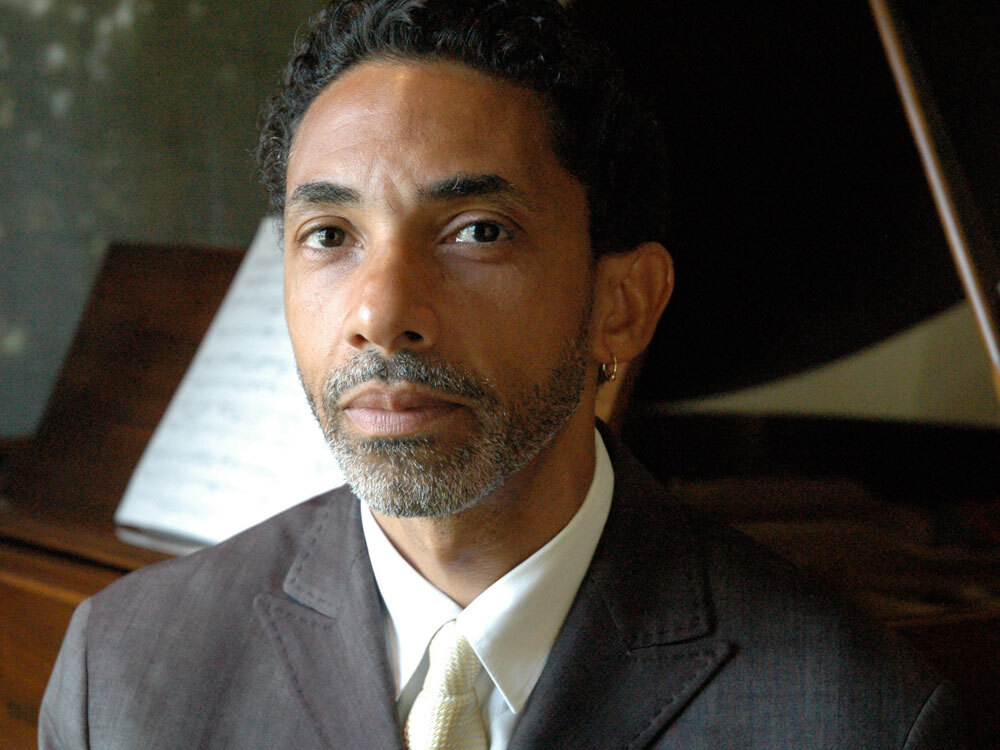 Kelley is currently completing a book about the relationship between jazz and African culture, Speaking in Tongues: Jazz and Modern Africa.

Robin D.G. Kelley's book Thelonious Monk: The Life and Times of an American Original is now out in paperback. This interview was originally broadcast on December 8, 2009.

Robin D.G. Kelley's newest book is Thelonious Monk: The Life and Times of an American Original. In focusing on the career of the eccentric jazz pianist and composer, Kelley reveals new details about Monk's life, music and mental health problems, and provides a glimpse into the New York jazz scene of the mid-twentieth century.

Robin D.G. Kelley is a Professor of American Studies and Ethnicity at the University of Southern California. He is the author of many prize-winning cultural studies books such as Hammer and Hoe: Alabama Communists During the Great Depression and Freedom Dreams: The Black Radical Imagination. His essays have appeared in The Nation, New York Times Magazine and Rolling Stone.

Excerpt: 'Thelonious Monk, The Life And Times Of An American Original' 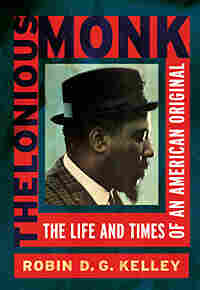 Mary Lou Williams first relayed the message to Thelonious. A white guy named Bill Gottlieb was looking for him. He worked for Down Beat magazine as a writer and photographer and he wanted to do a story on Monk. Monk was incredulous. For the past year he had been hustling for nickel-and-dime gigs. Now the nation's premier jazz periodical wanted to do a story on him? Publicity meant gigs, and Monk desperately needed both. Williams arranged the meeting for early September, 1947, and instructed Gottlieb to meet Thelonious at Mrs. Monk's apartment on West 63rd.

The bespectacled and intense Gottlieb looked more like a college professor than a typical jazz fan, but he knew his stuff. Born in Brooklyn in 1917, Gottlieb earned a bachelor's degree from Lehigh University and went on to work in the advertising department of The Washington Post. He began writing a weekly jazz column for the Post but because the paper had no budget for a photographer, he bought a Speed Graphic camera and took his own pictures. Gottlieb's reputation grew through his work with the camera. After a tour of duty in the service, he returned to New York City and started working for Down Beat in the spring of 1946. He covered most of the mainstream big bands and launched a feature he called "Posin'," candid shots of musicians with a sentence or two of witty commentary. He had become one of bebop's more enthusiastic champions. Just prior to meeting Thelonious, he had published several photos of Dizzy Gillespie, Charlie Parker, and Miles Davis, including what would become an iconic image of Gillespie posing with a beret, glasses, and goatee -- Monk-style.

Why the sudden interest in Monk? Virtually every arts and entertainment magazine was scrambling for anything related to the hottest trend in music -- bebop. Besides the jazz mainstays -- Down Beat, Metronome, The Record Changer -- popular magazines such as The New Republic, Esquire, and Saturday Review began carrying profiles, editorials, and curiosity pieces on bebop and its major players throughout 1947, a good six months to a year before debates over the new music began to really heat up. The battles were fierce: bebop was great, or terrible. No one could define it musically, but that didn't matter. Musicians felt compelled to enter the debate, and some of the genre's prominent voices -- Mary Lou Williams, Tadd Dameron, and Lennie Tristano -- published articles defending the new music from its detractors. Of course, those musicians who came to represent the different camps continued to call music "music," and neither generational nor stylistic differences kept them from sharing the bandstand or a recording studio. But collaboration, flexibility of style, and ambiguity in genre distinctions didn't sell magazines.

Bird and Diz suddenly became the new heroes -- or antiheroes, depending on one's stance -- in the jazz wars. And in virtually every interview they granted, they mentioned Thelonious Monk. Monk had mastered the new harmonic developments; he was one of the pioneers at Minton's Playhouse. Suddenly Monk came across as the 1940s version of Buddy Bolden, that missing link who started it all but then disappeared. To Gottlieb, he was "the George Washington of bebop."

Gottlieb first laid eyes on Monk the previous summer at the Spotlite when Monk was still with Dizzy's big band. Gottlieb enjoyed the music but was even more fascinated by the visual spectacle: "You could recognize [Monk's] cult from his bebop uniform: goatee, beret and heavy shell glasses, only his were done half in gold." From that moment on, Gottlieb wanted to have a conversation with Thelonious, but claimed he could never find him.

When Gottlieb and Monk finally did meet, they hit it off famously. They were the same age, they both really dug the Claude Thornhill band, and had a thing for Billie Holiday. Gottlieb had shot some gorgeous photos of Holiday that were published in The Record Changer earlier that spring, and Thelonious kept a photo of Billie taped to his bedroom ceiling. "In the taxi, on the way up," Gottlieb recounted, "Thelonious spoke with singular modesty. He wouldn't go on record as insisting HE started be‑bop; but, as the story books have long since related, he admitted he was at least one of the originators." But Monk's interpretation of events may have been less modest than Gottlieb realized. "Be-bop wasn't developed in any deliberate way," he explained in the interview. "For my part, I'll say it was just the style of music I happened to play. We all contributed ideas …" Then he immodestly added, "If my own work had more importance than any other's, it's because the piano is the key instrument in music. I think all styles are built around piano developments. The piano lays the chord foundation and the rhythm foundation, too. Along with bass and piano, I was always at the spot [Minton's], and could keep working on the music. The rest, like Diz and Charlie, came in only from time to time, at first."

Once they reached their destination, Monk headed straight for the piano. Former manager Teddy Hill and trumpeters Roy Eldridge and Howard McGhee just happened to drop by, though it's likely Gottlieb had tipped them off beforehand. Gottlieb took several photos of Monk at the piano -- playing, posing, looking anything but mysterious in his slightly oversized pinstriped suit and dark glasses. Most of the shots are hatless, but Gottlieb persuaded Monk to don his famous beret for a few. Monk wasn't just posing, however. He was up there to work. Gottlieb observed how McGhee "got Thelonious to dream up some trumpet passages and then conned Thelonious into writing them down on some score sheets that happened to be in the club." Then Gottlieb coaxed the men to step outside for an impromptu photo shoot. He produced one of the most widely circulated and iconic photographs in jazz history. Four pioneers of modern jazz standing abreast beneath the awning at Minton's Playhouse, the house that "bop" allegedly built. The published photo is rich with wit. Gottlieb created a Mount Rushmore of modern jazz, with Thelonious positioned on the far left in George Washington's spot.