Accessibility links
Disney Composer Alan Menken Plays Not My Job Menken composed the songs and scores for classics such as The Little Mermaid, Aladdin and Beauty and the Beast. With Christmas just around the corner, we've invited him to answer three questions about terrible gifts. 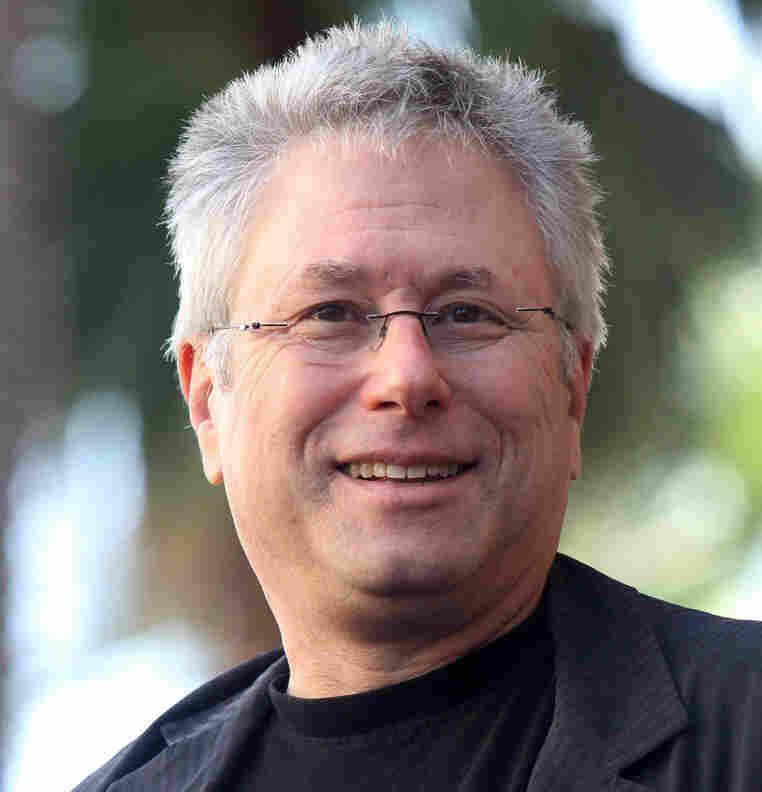 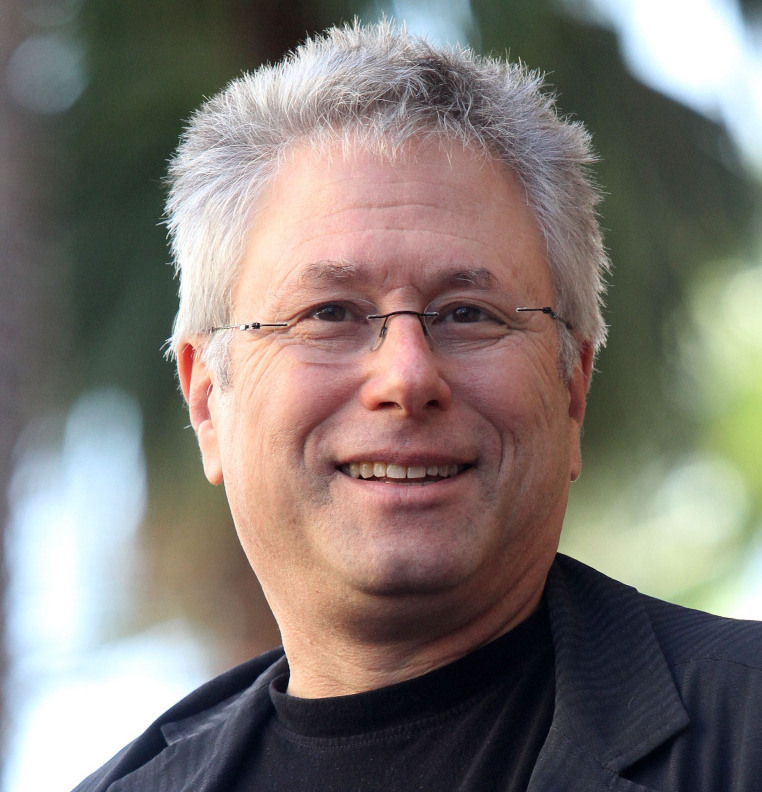 Who is the person with more Academy Awards than anybody else now living? It's not James Cameron, or Hillary Swank, or any writer or director or actor ... it's composer Alan Menken, who has eight Oscars for the songs and scores he wrote for Disney classics such as The Little Mermaid, Beauty and the Beast, Aladdin and Pocahontas.

We've invited Menken to play a gamed called "You shoudn't have. No, seriously, you shouldn't have" -- three questions about terrible toys you should never give to any child you love.

And now for the game where somebody who has won just about every accolade you can comes on to try for one more.

Mr. ALAN MENKEN (Composer): And makes a total fool of himself.

SAGAL: Well, we'll see. Who is the person with more Academy Awards than anyone else now living? It's not James Cameron, it's not Hillary Swank, it's not any writer or director or actor, it's composer Alan Menken. He's got eight Oscars for his songs and scores, for movies like "The Little Mermaid", "Beauty and the Beast", "Aladdin", and "Pocahontas." He joins us now. Alan Menken, welcome to WAIT WAIT...DON'T TELL ME!

SAGAL: So got to ask you about the Oscars. You've won more than anybody else now living, which is pretty impressive.

SAGAL: First question, of course, where do you keep them?

Mr. MENKEN: I have them in my studio in an awards cabinet.

SAGAL: Right, okay, so you're not one of those people: "oh, I just leave it in the bathroom" You actually take it seriously, you put it in the glass.

Mr. MENKEN: I do take it seriously.

Mr. MENKEN: Yeah. I have them all set up, you know, waiting for two more so I could have a bowling alley.

SAGAL: It occurs to me, you have enough that you could actually create little scenarios. You could have little dinner parties where Oscars could meet.

Mr. MENKEN: Yeah. And also have the Oscars like maybe face off against the Golden Globes and then the Grammys (inaudible).

SAGAL: It's amazing you ever leave your house with all that play time.

SAGAL: As I understand the story, you grew up around New York, a huge fan of musical theater, became a composer yourself. You were working off Broadway. You had a big hit in the 80s with "Little Shop of Horrors." And then Disney calls.

Mr. MENKEN: Actually, you know, what was really exciting is Howard called, my late collaborator, a brilliant collaborator, Howard Ashman.

Mr. MENKEN: He had been contacted by Disney about a number of projects and he said, you know, animation really interests me, and "Little Mermaid" was a great project. And Howard got in touch with me and what was really exciting to me was that this was going to be Howard's and my follow-up to "Little Shop of Horrors." I mean, Disney at that point hadn't had much going on for a while. So I didn't know what I was getting into except, of course I loved Disney growing up.

SAGAL: I mean, "Little Shop of Horrors," for those who haven't been lucky enough to see it, there's a really good movie version of it, but it is a musical version of that cheap horror movie from the 60s and involves a horrible man-eating plant.

SAGAL: Exactly. It's very wry. It's kind of black-humored. Disney, did they want that? Did you go in and pitch that and say, "And then Ariel gets eaten by an enormous."

Mr. MENKEN: No, I think they just wanted the technique that we had for writing shows. They wanted us to devote it to creating some new titles that could sit alongside "Snow White" and "Cinderella" and "Sleeping Beauty."

SAGAL: Well, you did that.

Mr. MENKEN: Yeah, it worked out.

SAGAL: Which was an early obscure Richard Dreyfuss movie.

Mr. MENKEN: Well, it was a Mordecai Richler novel which is very, very popular in Canada. And I think we're going to have a production of that next year in Canada.

SAGAL: All right, popular in Canada. Well lord knows those are the three words that mean musical comedy success.

SAGAL: One of the big numbers in "Little Shop of Horrors" is sung by the maniac dentist, played by Steve Martin in the movie version. We were interested to find out that you actually came from a family of dentists.

Mr. MENKEN: Okay, my dad, who at the age of 89 just retired recently.

SAGAL: What's wrong with you?

SAGAL: You're a little bit of a disappointment to the family I would think.

Mr. MENKEN: But I did, in fact, contribute to dentistry by creating the dentist in "Little Shop of Horrors." And I did have the idea that the dentist should laugh himself to death on nitrous oxide, which when we conceived it, my dad actually was president of the New York chapter of the American Analgesia Society.

Mr. MENKEN: A dentist that promoted the use of nitrous oxide as safe. I thought they'd find - my dad would find it funny. So as I always do, I sent a tape to my parents, a little cassette tape and my mother would leave a message on the machine. And she says, "okay, honey, we heard the show. Okay."

Mr. MENKEN: And I said, oh, that's weird. And Janice said, oh no, I think your mother is just so moved. I said I don't know. So I called them up. They said, how would you feel if you had devoted yourself to promoting the use of nitrous oxide as safe and your son wrote a musical in which this dentist laughed himself to death.

Mr. MENKEN: And then after the show was successful, my dad actually provided all the slides of teeth that we used in the show.

SAGAL: I have two thoughts. First of all, that is a first world problem.

Mr. PETER GROSZ (Comedy Writer/Performer): And I want to add thirdly that I've never met the woman but it sounds to me like you do a dead-on impression of your mother.

Mr. MENKEN: You got that.

SAGAL: Is it weird to have so much of your music so much a part of the popular imagination? I mean, have you ever, like, gotten into an elevator and heard one of your songs?

Mr. MENKEN: Yeah, it is strange. Because I'll hear a song and it'll sound familiar and I'll go, "Is that mine?"

Mr. MENKEN: And I'll go oh yes, it is. But it's great. I mean, it is one of the great blessings of my life is that I'll sit down sometimes and play a concert or something and I'll find people singing along with me. It's just amazing. I literally find myself crying on stage because it's so special.

Mr. GROSZ: You could be speaker of the house.

SAGAL: Well, Alan Menken, we're delighted to have you with us. We have asked you here to play a game we're calling?

KASELL: No, seriously, you shouldn't have.

SAGAL: Every year about this time, we do a WAIT WAIT...DON'T TELL ME! gift guide. It's really more of a warning than a guide. We're going to ask you three questions about terrible toys you should never give to any child you love. If you get two questions right, you'll win a prize for one of our listeners, Carl's voice on their home answering machine. The prize that anybody would like. Carl, who is Alan Menken playing for?

KASELL: Alan is playing for Tim Garrett from Monet, Missouri.

SAGAL: All right, the first toy. Most kids can't wait to grow up, and toy makers have taken advantage of that desire with which of these toys? One of these really exists. Is it A, a "Mad Men" brand toy liquor cabinet?

SAGAL: B, a child-sized temporary lower back tattoo, also know as a baby tramp stamp?

SAGAL: Or C, the computer game, Turbo Tax for Kids?

Mr. MENKEN: I would think. I think that's (inaudible).

SAGAL: For your own little Don Draper.

SAGAL: They should do that, but actually it's the tramp stamp, the little baby tramp stamp temporary tattoos.

Mr. MENKEN: It goes on the lower back?

SAGAL: Yeah, on the lower back. You know, just above the...

Mr. GROSZ: That is so - that is distasteful.

Mr. GROSZ: The baby drinking set would be very classy.

Mr. GROSZ: A little milk. You know, two fingers of milk. What can I pour you?

SAGAL: You have two more chances. Here is a great present for a girl you would never actually want to buy for any girl you liked. A, the Girls Only Cleaning Trolley; B, the Hooters Waitress of the Year 2018 baby onesie; or C, the Wait for Prince Charming game?

SAGAL: Really? The game when you sit around and just do nothing, you just keep rolling the dice and hoping.

SAGAL: That eventually the prince will show up.

Mr. MENKEN: Well what was the second one?

SAGAL: The second one was the Hooters Waitress of the Year 2018 baby onesie.

Mr. MENKEN: Okay, could I change my choice?

SAGAL: You're going to go to A?

SAGAL: It's pink, of course, the little cleaning trolley. And it comes with a little mop and a broom and a bucket. Like the grownup version, it does not come with a living wage.

SAGAL: Or C, cuddle a banker line of stuffed financiers?

Mr. MENKEN: Oh god. I think the only one I'd find palatable is C, stuffed financiers?

SAGAL: Really? It's slightly more gross. You'd bring them home and you'd give them little bonuses?

Ms. O'CONNOR: I think you would ride your tricycle over them.

SAGAL: You're saying C? I'm afraid it was A. It was, in fact, the road kill line. They do come with little tire tracks.

Mr. FELBER: Kids would rather play with dead animals than bankers.

Mr. MENKEN: Oh no, I failed. I apologize.

SAGAL: At least when you save a run-over animal, it's grateful.

SAGAL: Carl, how did Alan Menken do on our quiz?

Mr. GROSZ: You've given the world so much. You're allowed to mess this one thing up.

SAGAL: Yeah. I think you're going to be - perhaps you'll find some comfort in your shelf full of Oscars.

SAGAL: Alan Menken has just been nominated for yet another award. In this case, the Golden Globe for his song, "I See the Light" in the Disney film "Tangled." He has composed pretty much every great animated movie musical you've seen in the last 20 years. Alan Menken, thank you so much for being with us.

Mr. MENKEN: Thank you, it's been a pleasure.

SAGAL: Great fun to have you. Bye-bye.