Accessibility links
Agnes Nixon: A Soap 'Goddess' On Getting Serious In The Afternoon Agnes Nixon, creator of All My Children and One Life To Live, talks to Morning Edition about the challenges of bringing social concerns to soap audiences and how she's confronted them for nearly half a century. 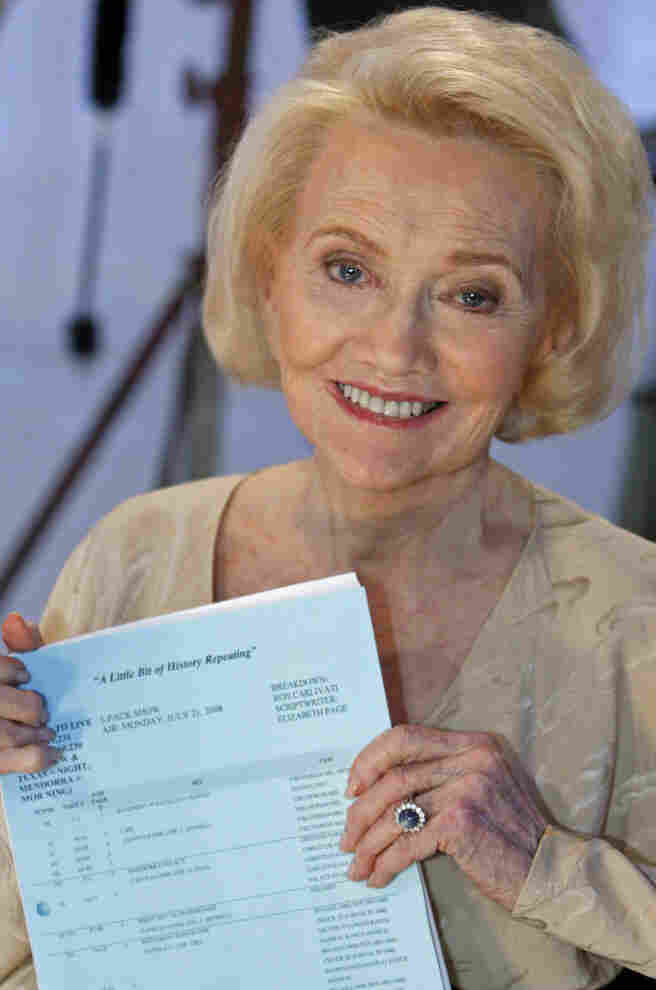 Agnes Nixon, creator of All My Children and One Life To Live, at the OLTL 40th anniversary celebration in 2008. Heidi Gutman/ABC hide caption 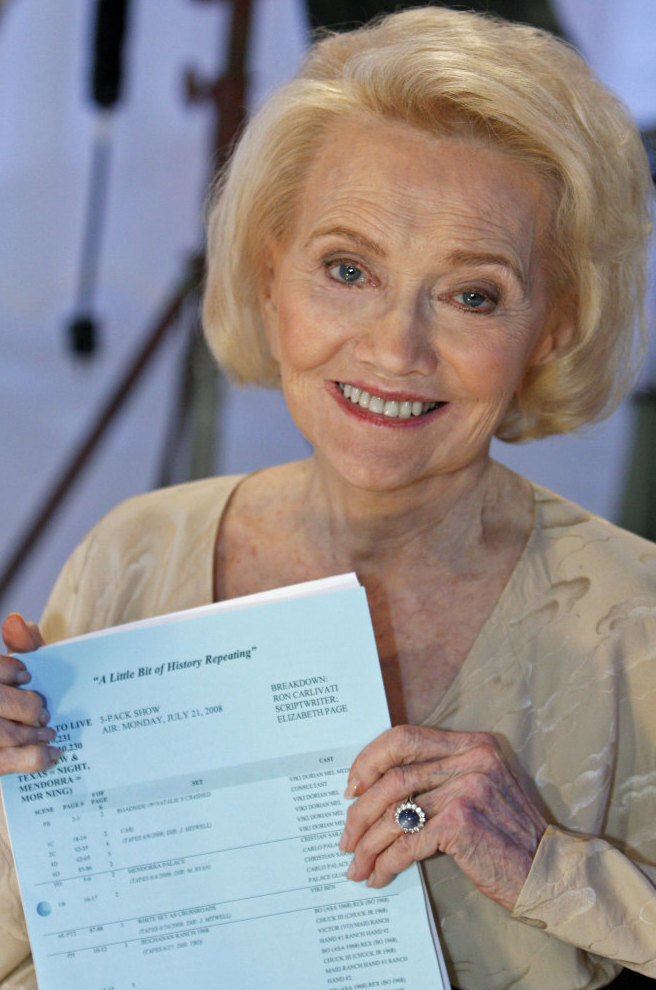 Agnes Nixon, creator of All My Children and One Life To Live, at the OLTL 40th anniversary celebration in 2008.

Perhaps the best line in Erica Kane's Wikipedia entry is this one: "Seven of her marriages to six different men have been valid while four of her other marriages are invalid."

Erica is, of course, the most famous soap-opera character ... well, ever. She's been the linchpin of All My Children since it debuted in 1970, and she's the most iconic creation of Agnes Nixon, who is profiled on Monday's Morning Edition. Nixon created All My Children as well as its ABC sibling One Life To Live, and she's written for Guiding Light and other shows as well. Many of us who have been, at some time, soap viewers -- who watched All My Children when we were home from school sick, or watched it with our mothers and our grandmothers, or still think of Castle and Firefly star Nathan Fillion as One Life To Live's Joey Buchanan -- have spent an awful lot of time in Nixon's creative company. (Do you recognize this music? If so, this may mean you.)

It was Erica's portrayer, Susan Lucci, who presented Nixon with a Lifetime Achievement Award at the Daytime Emmys earlier this year. And as you'll hear in the story, Nixon's reputation more than precedes her, even when she's not in the middle of winning an award: when she walks on the set of One Life To Live now, there is an only half-joking announcement, "Goddess in the house." Not bad.

All of Erica's (valid and invalid) marriages may play to soaps' not unearned reputation for melodrama and, frankly, silliness. But as Nixon explains to Linda Wertheimer, she's always built real issues into her stories, too. And it's not always easy to talk about those issues without potentially running afoul of networks and sponsors: Nixon talks about writing a character's uterine cancer into a 1962 story at Guiding Light, but there was a catch: she had to do it without mentioning the words "uterus," "cancer," or "hysterectomy."

Others have pushed back against her storylines, too, as Nixon recalls from a time when she showed a white woman's black friend entering her house through the front door. One store in the south, she says, stopped carrying Procter and Gamble products -- because that was the company that owned the show.

And in what she tells Linda Wertheimer was her attempt to address "the last holdout" as far as social issues she could address with her audience, Nixon later wrote the story revealing that Erica Kane's daughter Bianca was a lesbian. "Everybody was waiting to see how Erica would react," she says. "And that character, Bianca, became the most popular woman on daytime. I felt that that was the last thing that I could think of [to address]. If you can think of something else," she chuckles, "send me a postcard."