Accessibility links
Ethanol Gets A Boost; Will It Return The Favor? Everyone from Al Gore to Glenn Beck says that making ethanol requires more energy than it produces. Some researchers say the energy-losing equation is a myth -- but others say that ethanol gets too much preferential treatment. 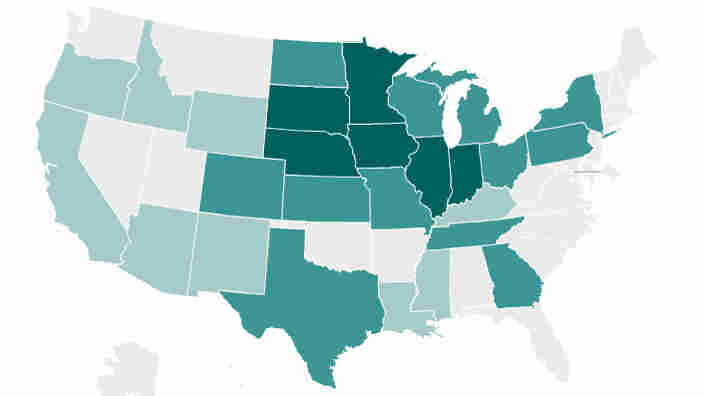 The recent tax cut bill preserves a pretty sweet deal for corn ethanol. It extends a tax subsidy, along with an import tariff supporting a fuel that already enjoys a guaranteed market. But what do taxpayers get for all the help?

In the first of our three-part series on ethanol, Frank Morris of Harvest Public Media reports that the heated debate over ethanol tramples some basic realities.

Ethanol may seem modern, but people throughout Appalachia have been making it for hundreds of years.

Kovarik, who's also a professor at Radford University, says that ethanol is, first and foremost, a way to make corn more valuable. More than a century ago, Henry Ford built cars to run on it, with just that in mind.

"So, you could replace the transportation income that farmers used to have by [their] growing the fuel for the cars, instead of growing horses and feed." 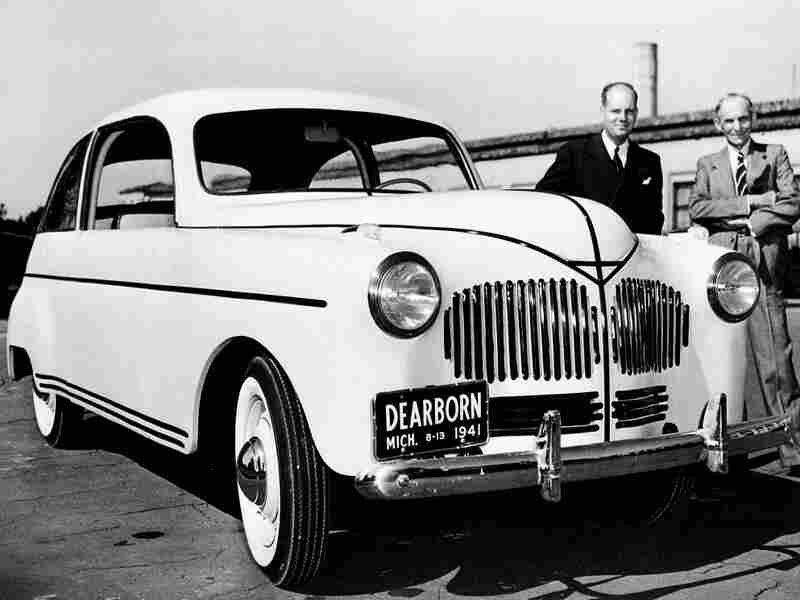 Time (Finally) For An Innovation? In 1941, Henry Ford unveiled a concept car that ran on ethanol and gas. The car's plastic body was made from soybean and fibers such as field straw, hemp and flax. AP hide caption 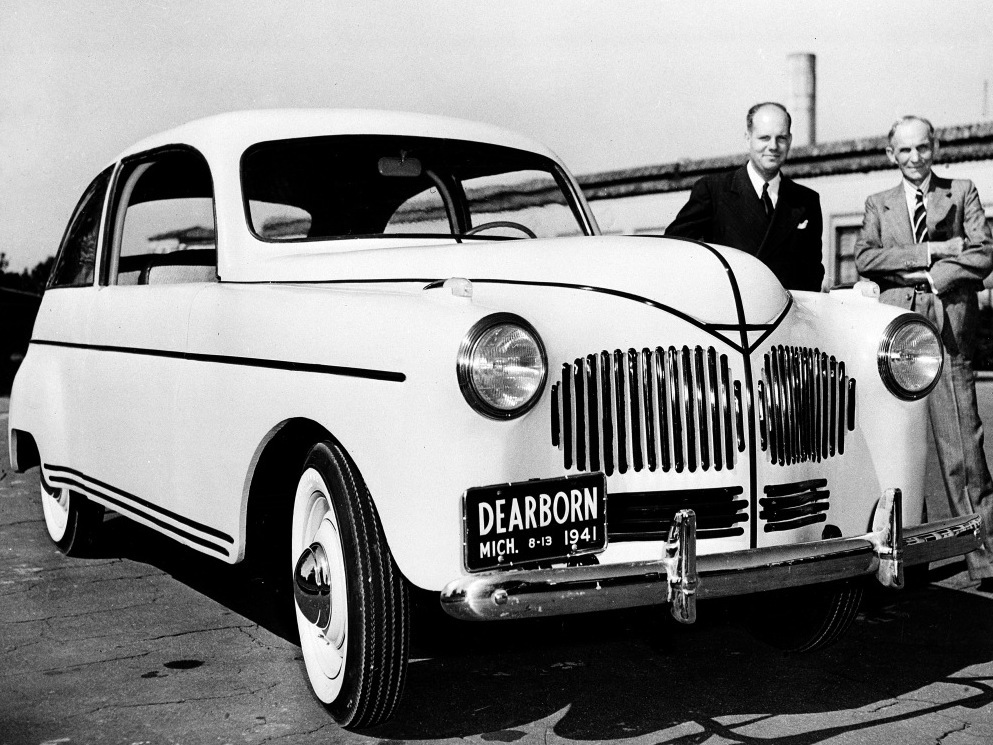 Time (Finally) For An Innovation? In 1941, Henry Ford unveiled a concept car that ran on ethanol and gas. The car's plastic body was made from soybean and fibers such as field straw, hemp and flax.

Prohibition killed that idea, but the farm crisis, oil shocks and environmental concerns have revived it. Lawmakers gave companies a tax credit -- currently 45 cents a gallon, more than $5 billion a year -- for blending ethanol with gasoline.

The EPA forces fuel blenders to use billions of gallons of ethanol a year.  And there's also a high tariff on imports -- giving ethanol triple support. But according to the ethanol industry ads, the payback is huge.

One spot claims that ethanol is responsible for "12 billion gallons of clean, renewable American energy a year, fueling the economy, and nearly 400,000 jobs."

But, says David Swenson of Iowa State University: "Nationwide, the number of ethanol jobs isn't as many as people would think it was. It's probably in the territory of 30,000 to 35,000."

Swenson doesn't count farm jobs in his equation. But he does say that ethanol spreads money across the Midwest -- and even all the way back to Washington, D.C., in a way.

Ethanol uses a lot of corn, which makes it, and other row crops, more valuable.

Farmers now grow a lot more corn, but ethanol's voracious appetite keeps supply tight and prices high. Ethanol does burn much cleaner than gasoline -- creating no soot -- but producing it creates pollution and sucks up lots of water, which muddies the environmental benefit. 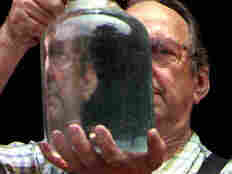 Clear Corn Fuel: The process for making moonshine and ethanol are essentially the same. Here, former moonshiner Levi Dorton holds a gallon of his home-brewed alcohol at his Kentucky farm in 1997. He was granted a permit to make his moonshine as fuel. Rhonda Simpson/AP hide caption

Of course, ethanol boosters aren't the only ones talking in this debate.

Pimentel added up all the energy used in growing corn -- the fertilizer, the tractor fuel and tractor manufacturing, everything -- plus the energy used by ethanol plants. He says that making 1 gallon of ethanol uses the equivalent of about 1-1/3 gallons of oil.

Since his first study came out 30 years ago, Pimentel says, his findings haven't changed.

"There's been no net gain, as far as making the U.S. oil-independent," he says.

Pimentel's analysis of corn ethanol as an energy black hole has been widely cited by the diverse coalition lined up against corn ethanol, spanning everyone from liberal environmentalists to Fox News pundit Glenn Beck.

Beck has said: "Not only is corn ethanol wildly inefficient -- I mean, it takes more energy to produce it than it ends up providing. Hello?"

But Pimentel uses what many researchers believe are outdated or worst-case scenarios for growing corn and producing ethanol. Factoring in dramatic technical advances in both fields, most researchers figure that corn ethanol now delivers an energy gain -- of about 40 percent.

Kovarik says that larger gains will come only after solving wickedly complex scientific, logistic and financial problems, allowing us to make ethanol from grass, trees or something other than corn.

"The corn ethanol industry is not really a long-term solution to oil dependence," Kovarik says. "It's just an octane booster."

And that's because ethanol is safer than banned gasoline additives, like lead, benzene and MTBE.

So, corn ethanol does create domestic energy and jobs -- but not as much, or as many, as backers hoped. It has helped some farmers get off other subsidies, and improved the rural economy.

The question is: Does it deserve a multibillion-dollar tax credit, on top of a tariff, on top of a huge and growing mandate to use it?