Accessibility links
'Human Factor' Proves Key Obstacle To Terrorism In the past year, there have been at least three potential terrorist attacks that have failed because the plotters bungled the job. But analysts say the U.S. shouldn't take solace in the fact that plots fell flat; somewhere down the line someone may succeed. 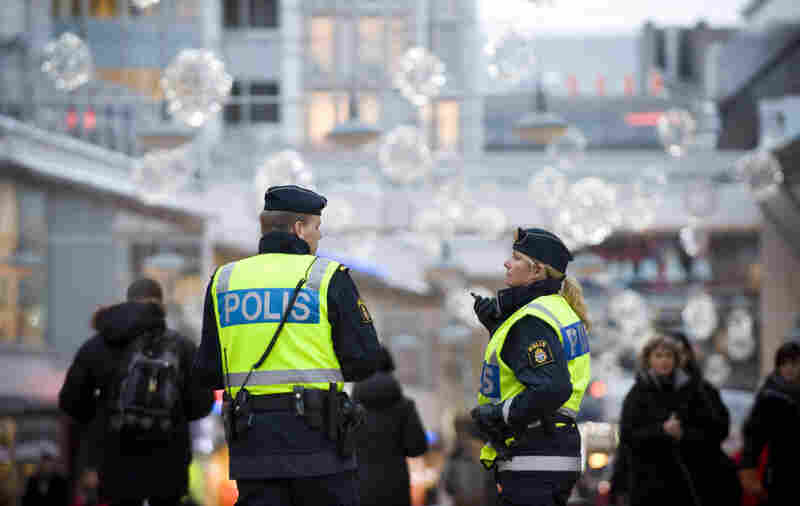 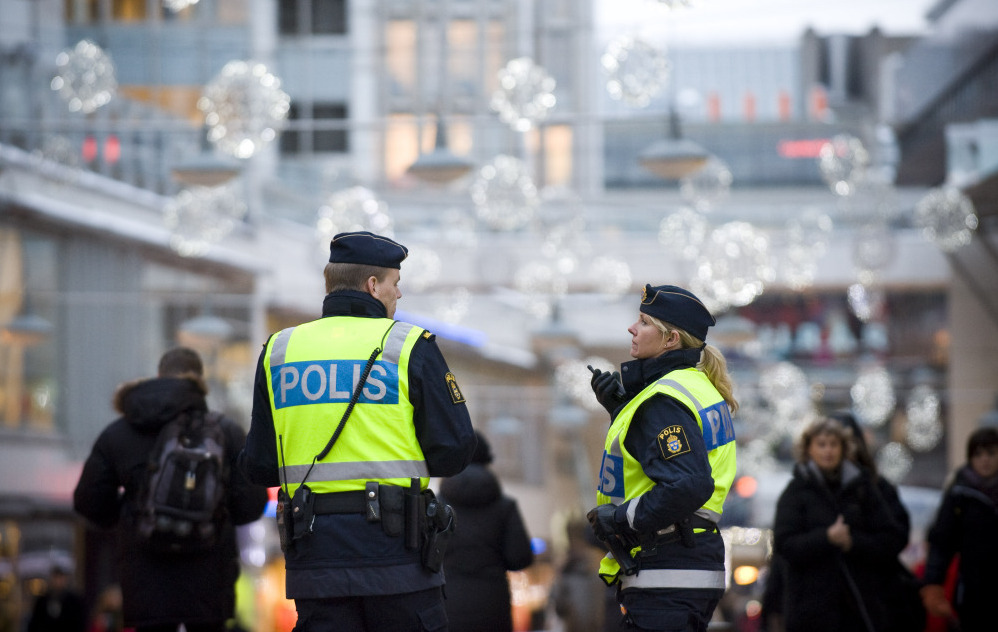 Swedish police officers patrol a street in central Stockholm, near where a suicide bomber killed himself two days earlier, on Dec. 11.

In the past year, there have been a handful of high-profile terrorist attacks that have failed for a fairly straightforward reason: human error.

Whether it was this month's suicide bombing attempt in Sweden or the attempted car bombing in New York's Times Square in May, terrorism plots that could have been devastating ended up as largely harmless because plotters bungled their roles.

Consider the details of the incident earlier this month in Stockholm. The man behind it was a 28-year-old Iraqi-born Swede named Taimour Abdulwahab. While police are still tracing the explosives used in the attack and trying to find any accomplices who might have been involved, what they do know is that the attack went horribly wrong.

This NPR News investigation explores the life and path of the Nigerian man accused in the attempt to blow up a U.S. passenger plane on Christmas Day.

Officials say that Abdulwahab was making his way to a crowded shopping street in Stockholm armed with a suicide belt and a bomb in his backpack. Then he dropped his cell phone; as he bent over to pick it up, officials say, he accidentally set off the bombs strapped to his waist.

The case illustrates once again how the human factor has been a key obstacle to terrorism.

"We've been very fortunate in many ways over the last year and a half that these perpetrators have been somewhat clumsy in their efforts," says Rick "Ozzie" Nelson, director of the Homeland Security and Counterterrorism Program at the Center for Strategic and International Studies.

"In fact, we're seeing that as adaptable and creative as the enemy wants to be, they are ultimately limited by the perpetrator of the attacks," he says. "When you are trying to recruit individuals you may not always get the individual you want; you may get the person who is most convenient."

"Convenient" because the person has a passport or a visa that can get him into position to actually launch an attack against a country that is otherwise hard to get into.

That's what apparently happened last Christmas with the attempted bombing of Northwest Flight 253. According to a newly released indictment, the suspect, a 24-year-old Nigerian named Umar Farouk Abdulmutallab, arrived in Yemen in August 2009, volunteering for a martyrdom mission. While he was there, the indictment says, he practiced detonating explosive devices. The devices apparently were similar to the one that he allegedly used in the Christmas Day attack.

Bomb technicians say they still don't understand why the explosives sewn into his underwear didn't go off. There was nothing inherently wrong with the bomb, they say; the problem was that Abdulmutallab just didn't detonate it properly.

Phillip Mudd, a former CIA and FBI terrorism specialist, says the U.S. shouldn't take any solace in the fact that plots launched in 2010 fell flat. "I'm not sure why so many of them are failing, but I don't think we should take that as success," he says. "One of these kids is gong to succeed."

Mudd says the U.S. needs to brace itself for the kind of attack that happened in Sweden: low-grade, simple and potentially deadly. In fact, he says, he's surprised these sorts of attacks haven't happened here already.

When you are trying to recruit individuals you may not always get the individual you want; you may get the person who is most convenient.

"I think we should look at the United States not as a place that is separated by Atlantic and Pacific, but the reverse," he says. "The U.S. is a place that is connected, especially in the age of the Internet, to the same ideology that inspired this fellow in Sweden. I viewed that as similar to the kind of thing that we should expect to see in New York City or Portland or Los Angeles."

There are some analysts who believe that these small attacks -- cargo plots, lone-wolf bombing attempts -- may be part of something larger. "I think there is a much more nefarious intent at work here," says Bruce Hoffman, the director of the Center for Peace and Security Studies at Georgetown University.

"I think the terrorists are hoping that this low-hanging fruit or amateurish terrorists will so overwhelm the system with threats, with leads that have to be followed," he says, "that in this preoccupation, one of the more professional terrorists will sneak in under the radar and in fact perpetrate a successful and highly consequential terrorist attack."

Right now the big concern is that there will be some sort of terrorist attack between now and the new year. Intelligence sources believe the targets are in Europe. In the message traffic going back and forth between intelligence officials, there is a caveat, however: American officials say they can't believe terrorists would target Europe and not have the U.S. in their sights as well.

And they can't count on human error derailing attacks every time.