Accessibility links
Wild Chimps, Stick Dolls: What's At Play Here? In an unexpected twist in the nature vs. nurture debate, young female chimpanzees in a forest in Uganda may be playing with sticks and logs as if they were infants. The females played with their stick dolls twice as much as young male chimps.

For the parents who have been wondering, "Why is it that my daughter plays with dolls and my son just wants a toy fire truck?" scientists reported this week that they've seen something similar among chimpanzees in a forest in Uganda. The scientists say they've observed young, female chimps playing with sticks and logs as though they were dolls. 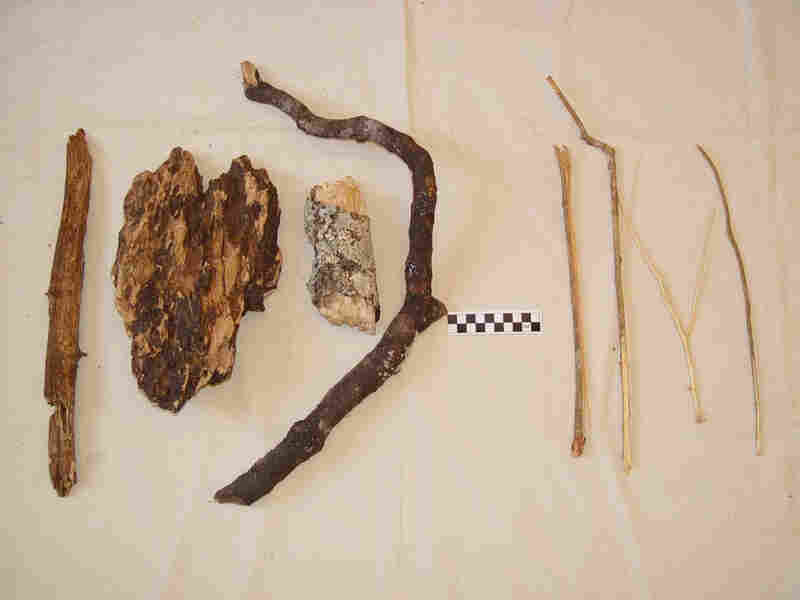 A comparison of sticks chosen by chimpanzees for carrying (the four on the left) and those used as probes. Each box on the scale on the center is 1 centimeter. Sonya Kahlenberg/Harvard University/Current Biology hide caption 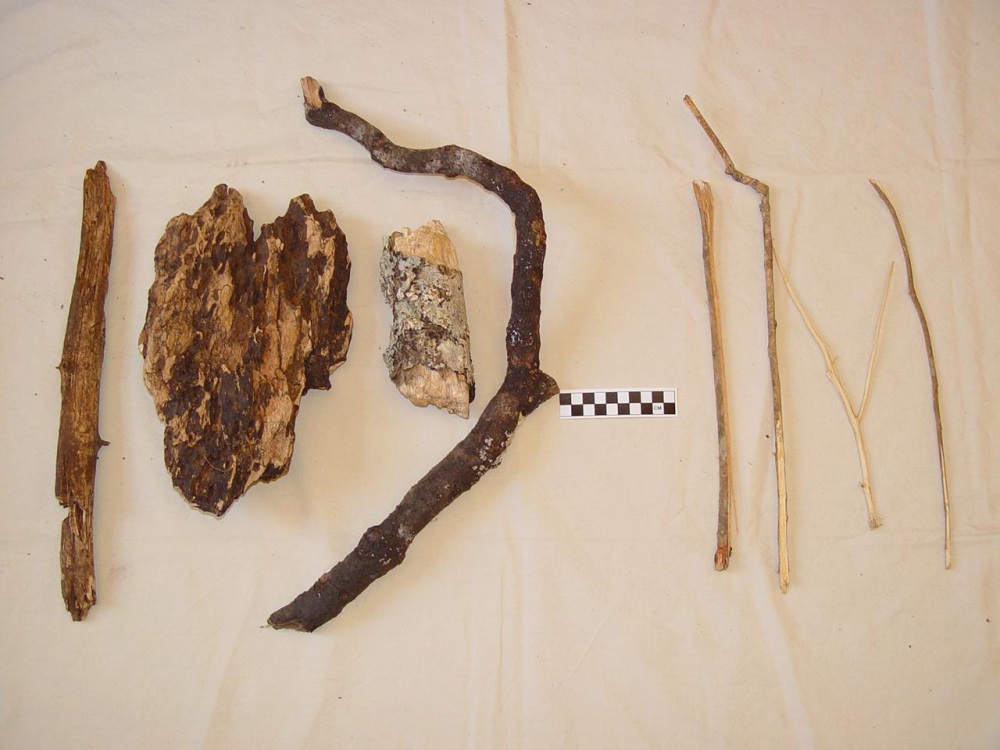 A comparison of sticks chosen by chimpanzees for carrying (the four on the left) and those used as probes. Each box on the scale on the center is 1 centimeter.

For 23 years, Richard Wrangham has been part of a team of scientists studying wild chimpanzees in a national park in Uganda. The team would sometimes see young chimps pick up sticks and carry them around. But Wrangham, a professor of biological anthropology at Harvard, didn't think too much about it at first.

But one day in 1993, his team saw a young male chimp carry a short log into a nest in a tree. The chimp lay down, put the log on the palm of his upturned hand, and flew it back and forth, back and forth.

"It really looked just like a chimp or a human mother playing the airplane game, saying 'wee, wee' as it goes from side to side," Wrangham said.

And every once in a while, Wrangham saw something else that made him think these young chimpanzees seem to be treating sticks and logs like imaginary infants.

If they were treating these sticks as infants, Wrangham figured he would see young female chimps doing it more often than males, because in many primate species, it's the girls who play with real babies.

So he and a colleague went back through 14 years of the team's records, adding up all the times when scientists wrote down that a young chimp did something with a piece of wood. And indeed, the young female chimps carried around sticks twice as often as the young male chimps.

But there's an intriguing twist. Scientists who have been watching other chimpanzees in other places have not reported this behavior.

"So it looks as though there's a social tradition, a behavior that has become part of the cultural repertoire of this particular community for some reason," Wrangham says. "So that means that these chimps are learning the behavior from others in the community."

Wrangham published the observations this week in the journal Current Biology.

Another primate researcher, Kim Wallen at Emory University in Atlanta, would like to see more evidence. For instance, Wrangham's study includes a picture showing a young female chimp carrying a stick. Is she really cradling it like a baby? 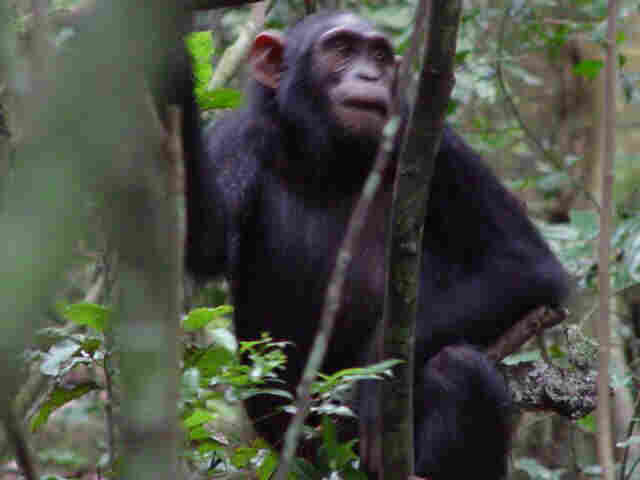 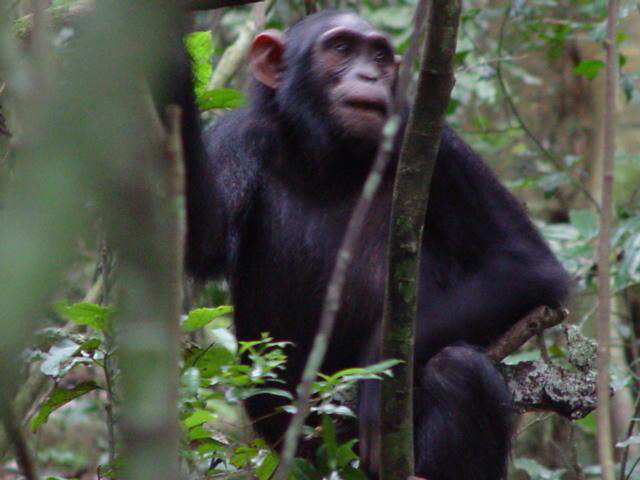 A 9-year-old female chimp carries a stick, seen just below her left arm.

"This doesn't happen to look like that to me," Wallen says. "This looks like pausing to reconnoiter before shuffling off into the woods."

But Wallen is not surprised to hear that girl chimps and boy chimps treat sticks differently. In Wallen's experiments with a group of captive rhesus monkeys, young females were happy to play with trucks or stuffed animals. Young males only liked the toys with wheels.

As for whether that difference comes from biology or culture, Wallen prefers to say that biology produces a bias, which is channeled by experience.

But environment -- and culture -- could channel that difference in energy toward specific ways to play. And so we get trucks for boys and dolls for girls. Maybe, even, among chimpanzees.