Accessibility links
'Ship Of The Line': Sailing To Fantasy And Back When writer Abraham Verghese was 10 years old, he went off to sea in a British frigate to battle Napoleon's navy. Verghese made this perilous journey thanks to C.S. Forester's unforgettable series about the adventures of Captain Horatio Hornblower, books he still loves, years later. 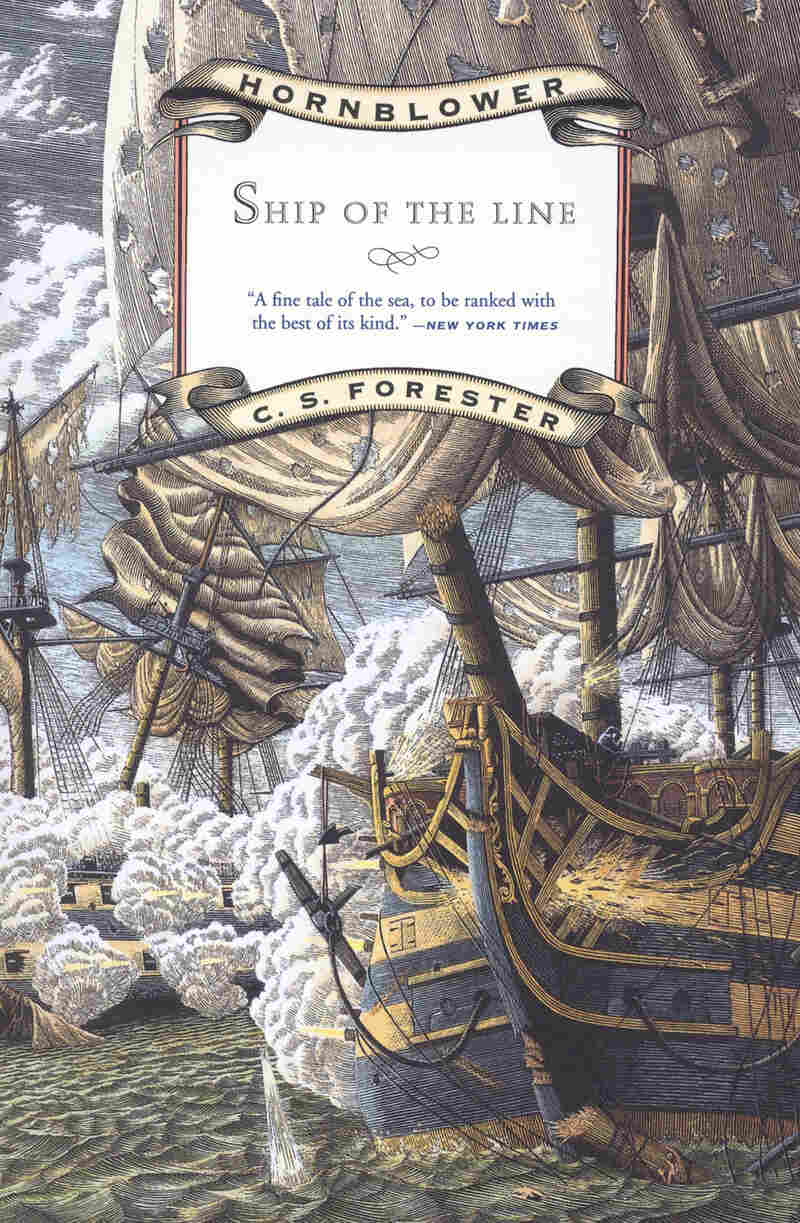 When I was 10 years old, I went off to sea in a British frigate to battle Napoleon's navy and thwart his ambitions in Europe. I made this perilous journey courtesy of C.S. Forester and his wonderful novel Ship of the Line. It was in those pages that I first met Captain Horatio Hornblower, truly an unforgettable fictional character.

More importantl it was the first moment that I felt totally transported by a book, felt the little signals we call words do their magic alchemy, even though I had enjoyed reading well before that. However, that book took me from the boredom of a school vacation ruined by rain day after day, and transported me to 1810 and to the Catalonia Coast. I understood for the first time that reading was a collaborative venture -- Forester provided the words, I provided my imagination, and together we made a mental movie in which I had ownership.

Hornblower, the protagonist, was full of contradictions: loved to be at sea but was prone to seasickness; courageous outwardly but full of self-doubt; a brilliant navigator and tactician but awkward with women and uncomfortable in social situations. I devoured the book, went back to the library and found it was one of a series, tracing Hornblower's career from lieutenant to admiral, with many a setback and tragedy along the way.

The wonderful detail provided of the oceans and a working ship was key to the book. Phrases like the "piping of the rigging" or "the rattle of the blocks to the gentle roll of the ship " or that she was "close hauled again on the starboard tack" were not terms I knew, but I could guess at their meaning. It wasn't necessary to know what everything meant to take that journey as a reader, no more than it is necessary to be able to name every part of a fine sports car's engine to enjoy the ride. 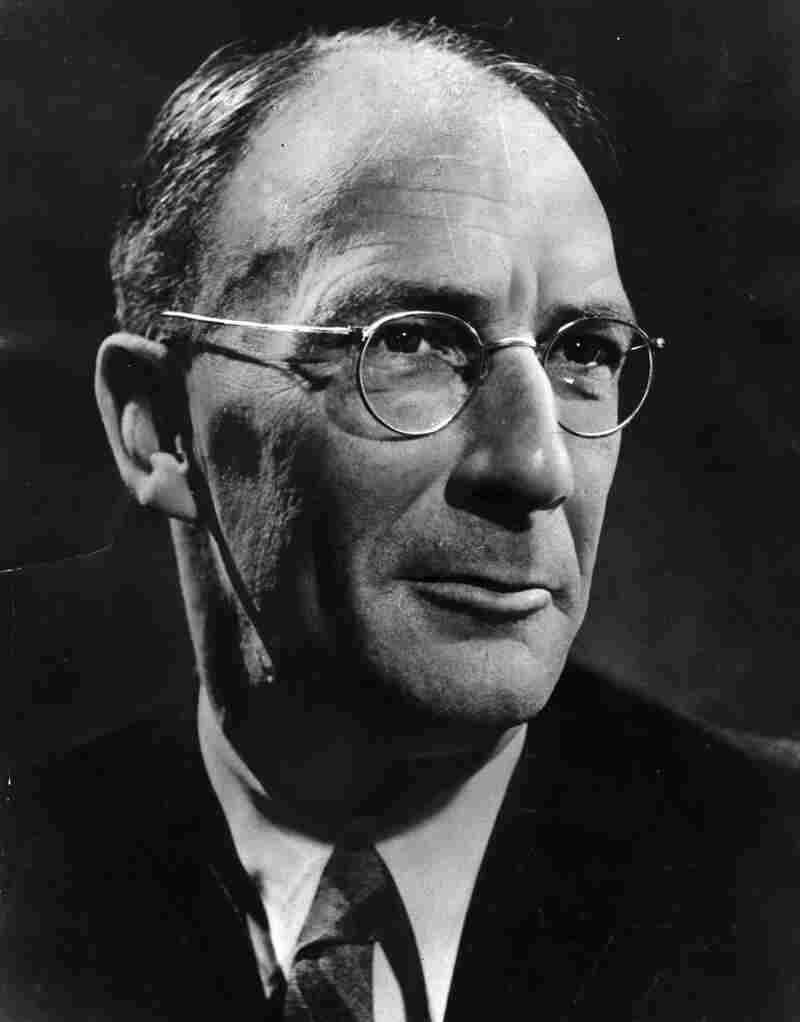 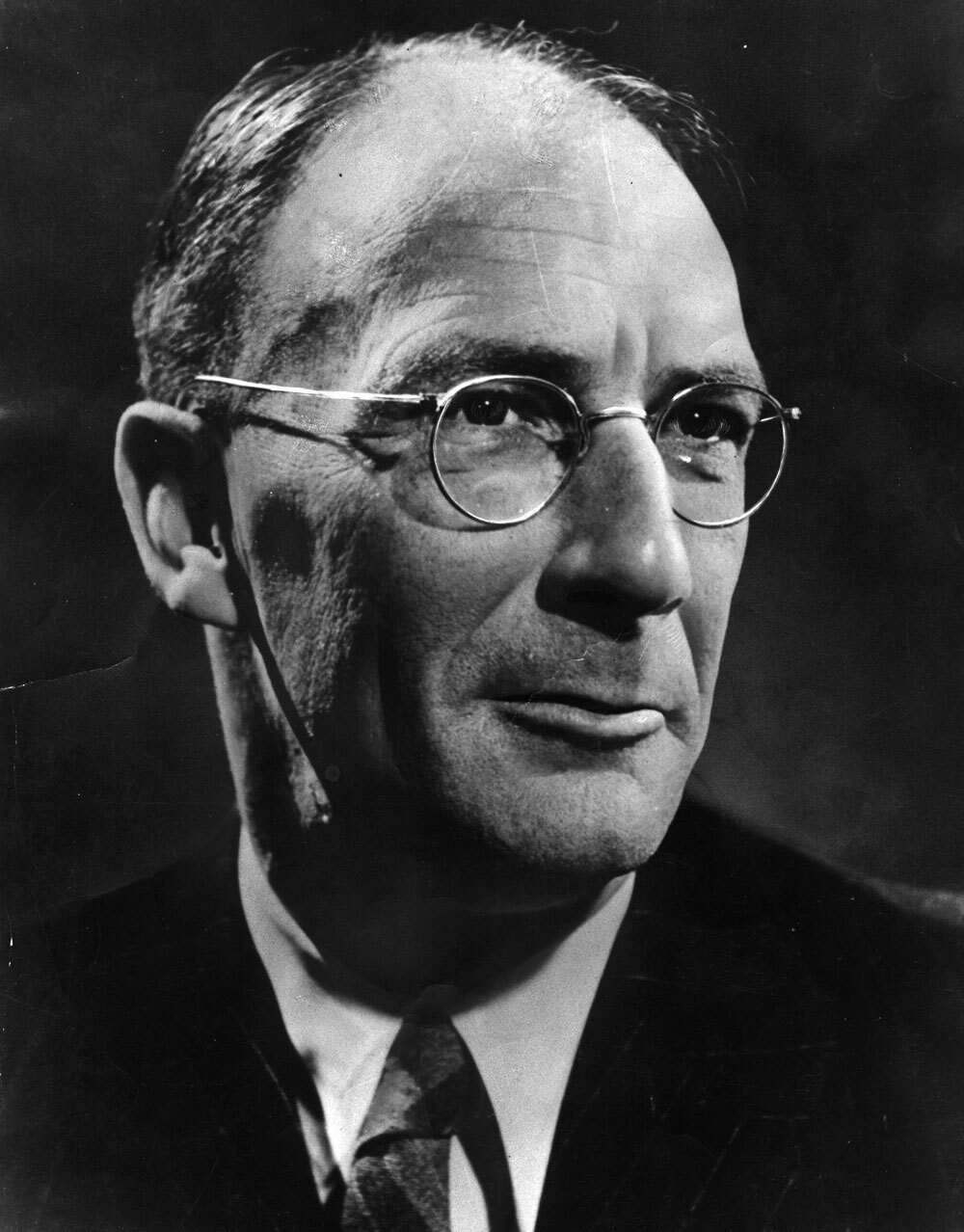 C.S. Forester's Horatio Hornblower series is composed of 11 separate novels. Ship of the Line is the seventh.

Recently, in a bookstore, I found the entire Hornblower series available in an affordable paperback set. I raced home with them and was overjoyed to find that the books kept me just as engaged now as when I was a boy. My knowledge of sailing, of what constitutes a lee wind, or what it meant to "beat to windward" was no better than it had been when I was a schoolboy, but the magic of  being transported, of forgetting my world, was still there. 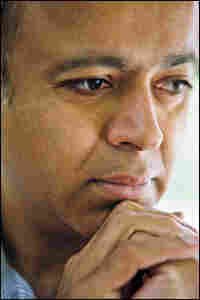 Abraham Verghese is the author of Cutting for Stone, My Own Country and The Tennis Partner. Joanne Chan hide caption 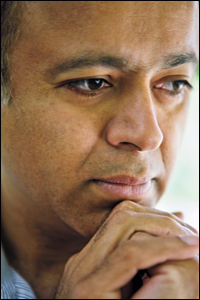 Abraham Verghese is the author of Cutting for Stone, My Own Country and The Tennis Partner.

C.S. Forester offered a powerful lesson which I took away in writing a medical novel -- detail provides authenticity, but it is not necessary (and even detracts from the reader's experience) to explain every last detail. What matters is that it is authentic detail. And he showed that one can identify with a protagonist so removed from the world you live in, as long as you find something universal, something archetypal about a character who seems quite unique.

Hornblower was  larger than life, took actions I'd never have dreamed about, but he worried, he had a conscience, he fell in love, he was betrayed and had betrayed in turn -- he was, in other words, so very human. Fiction, when it resonates in this fashion, is a truth-telling device -- indeed, it only works when it succeeds in doing that.

How life affirming it is to find that the writing that held my attention as a young reader still could do that decades later. Good writing, good stories live on in the reader's head, and they are easily renewed and become once again unstoppable like the ocean; they offer readers and writers a kind of ... yes, immortality. So let's run up the flag, show the colors, hands to the braces, there is reading and writing to be done.

Abraham Verghese is a professor of medicine at Stanford University. His latest book is Cutting for Stone.

Excerpt: 'Ship of the Line'

Captain Horatio Hornblower was reading a smudgy proof which the printers had just sent round to his lodgins.

"To all Young Men of Spirit," he read. "Seamen, Landsmen, and Boys, who wish to strike a Blow for Freedom and to cause the Corsican Tyrant to wish that he had never dared the Wrath of these British Isles. His Majesty's Ship Sutherland of two decks and seventy four guns is at present commissioning at Plymouth, and a few Vacancies still exist to complete her Crew. Captain Horatio Hornblower in command has lately returned from a Cruize in the South Sea during which in command of the Frigate Lydia of thirty six guns, he engaged and sank the Spanish vessel Natividad of two decks and more than twice the force. The Officers, Petty Officers, and Men of the Lydia have all joined him in the Sutherland. What Heart of Oak can resist this Appeal to Join this Band of Heroes and Share with them the new Glories which await them? Who will teach Monsieur Jean Crapaud that the Seas are Britannia's where no Frog-eating Frenchman can show his Face? Who wishes for a Hatful of Golden Louis d'or for Prize money? There will be Fiddlers and Dancing every evening, and Provision at sixteen ounces to the Pound, the Best of Beef, the Best of Bread, and Grog at midday every Day of the Week and Sundays, all in addition to the Pay under the Warrant of His Most Gracious Majesty king George! In the Place where this notice is read can be found an Officer of His Majesty's Ship Sutherland who will enlist any Willing Hearts who Thirst for Glory."

Captain Hornblower struggled against hopelessness as he read the proof. Appeals of this sort were to be read in dozens in every market town. It hardly seemed likely that he could attract recruits to a humdrum ship of the line when dashing frigate captains of twice his reputation were scouring the country and able to produce figures of prize money actually won in previous voyages. To send four lieutenants, each with half a dozen men, round the southern countries to gather recruits in accordance with this poster was going to cost him practically all the pay he had accumulated last commission, and he feared lest it should be money thrown away.

Yet something had to be done. The Lydia had supplied him with two hundred able-bodied seamen (his placard said nothing of the fact that they had been compulsorily transferred without a chance of setting foot on English soil after a commission of two years' duration) but to complete his crew he needed another fifty seamen and two hundred landsmen and boys. The guardship had found him none at all. Failure to complete his crew might mean the loss of his command, and from that would result unemployment and half pay -- eight shillings a day -- for the rest of his life. He could form no estimate at all of with how much favour he was regarded at the Admiralty, and in absence of data it was natural to him to believe that his employment hung precariously in the balance.

Anxiety and strain brought oaths to his lips as he tapped on the proof with his pencil -- silly blasphemies of whose senselessness he was quite well aware even as he mouthed them. But he was careful to speak softly; Maria was resting in the bedroom through the double doors behind him, and he did not want to rouse her. Maria (although it was too early to be certain) believed herself to be pregnant, and Hornblower sated with her cloying tenderness. His irritation increased at the thought of it; he hated the land, the necessity of recruiting, the stuffy sitting-room, the loss of the independence he had enjoyed during the months of his last commission. Irritably he took his hat and stole quietly out. The printer's messenger was waiting, hat in hand, in the hall. To him Hornblower abruptly handed back the proof with a curt order for one gross of placards to be struck off, and then he made his way into the noisy streets. 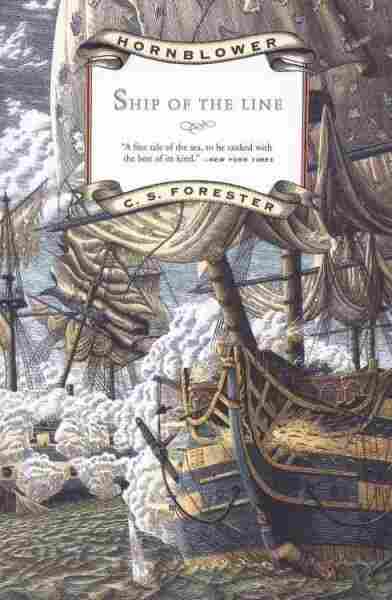 Ship of the Line