Accessibility links
Ethanol Helps Boost Meat Prices The U.S. corn crop is enormous. And about a third of it doesn't go to cereal or cows – instead, it helps run your car. But government ethanol subsidies have meat and dairy producers up in arms over the high cost of their main feed grain.

The U.S. corn crop is enormous. But about a third of it doesn't go to cereal or cows -- instead, it helps run your car. To boost our use of renewable fuels, the federal government subsidizes corn-based ethanol.

This has the meat and dairy industries up in arms over the high cost of their main feed. The rise of ethanol has pitted livestock producers against the oil industry.

In part 2 of our ethanol series, Harvest Public Media's Kathleen Masterson reports on what supporting ethanol means for the food we eat.

Food Costs In The Kitchen

In the big kitchen at the Green Hills Retirement Community in Ames, Iowa, workers scurry about. Chef Chris Stelzer directs platters into the dining hall and expertly flips pancakes while a huge, noisy vent wicks up warm, bacon-scented air.

Stelzer likes to cook the seniors things that remind them of home -- meat and potatoes, angus beef, pork loin. It's with these foods that he's seen the most drastic rise in prices.

"The prices of beef and pork have definitely gone up the last few months," Stelzer says. "Tenderloin's gone up about two dollars in the past month or two -- a pound -- and pork's gone up about a dollar or so."

He says that while meat prices always go up in the holiday season, this year the increase started earlier and went higher.

And according to USDA data, meat now costs as much as 12 percent more than last year.

But let's get out of the kitchen for a minute -- this is a story about corn. Because when you're eating meat, you're indirectly eating lots of corn. Far more corn goes into the meat you're eating than into a box of cornflakes. 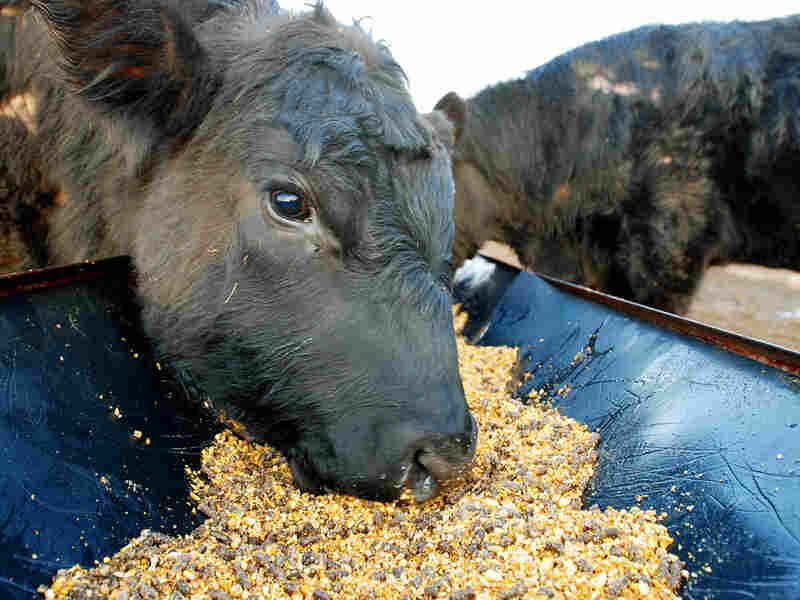 When it comes to raising meat, eggs and dairy, feed is the biggest cost. And, most likely, that feed is corn.

For years, the livestock industry was the main buyer of cheap and plentiful corn. Then came the ethanol mandate in 2005. Ultimately, the government required that Americans use about 13 billion gallons of ethanol in 2010. And the way we make ethanol here? Yep, you know this one: corn.

To further boost using corn to fuel your car, Congress created subsidies paying gasoline blenders for every gallon they blend with ethanol.

Not surprisingly, since the ethanol mandate was enacted five years ago, the ethanol industry's corn consumption has tripled. Our cars now burn up a third of the nation's corn crop.

"I don't see why we can really justify subsidies, when all that does is raises cost of producing food," says economics professor Bruce Babcock, of Iowa State University.

Ethanol policies increase the cost of food at least 1.5 percent, Babcock says. And the impact on meat prices is significantly greater.

It's economics 101, he says. Ethanol plants increase the demand for corn, driving up the prices for other buyers -- like livestock producers. International demand is up, too – and we're exporting more ethanol than ever before. Many grain farmers are seeing record incomes this year.

The American Meat Institute's J. Patrick Boyle says the current system is unfair, because the ethanol industry is benefiting from a trifecta of government subsidies.

In the case of ethanol, he says, "the government mandates the consumption of your product, subsidizes its production, and then insulates the product from international competition."

It's time for the ethanol industry to stand on its own two feet, Boyle says. 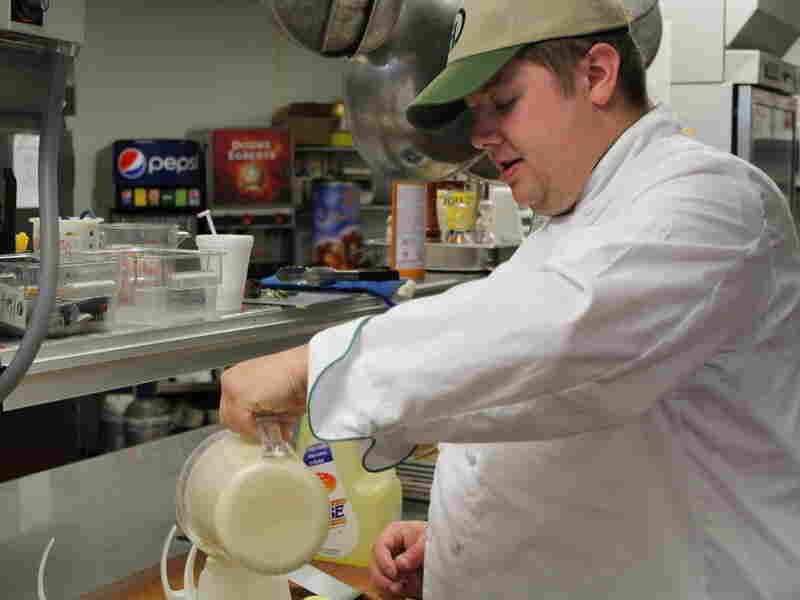 In the past year, chef Chris Stelzer has noticed a sharp rise in the cost of the beef and pork he serves at the Green Hills Retirement Community in Ames, Iowa. Kathleen Masterson/Harvest Public Media hide caption 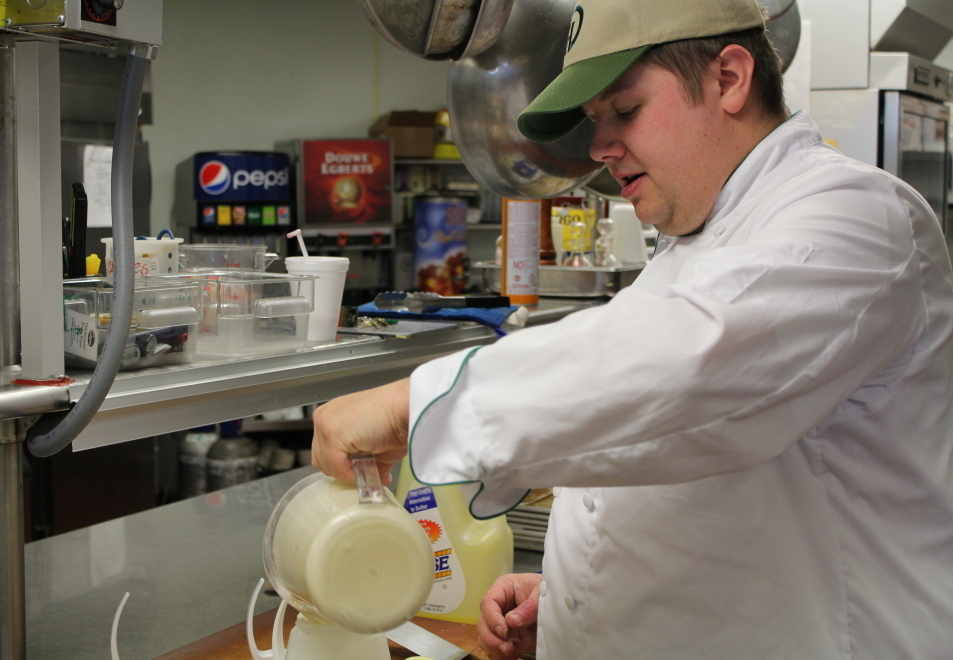 In the past year, chef Chris Stelzer has noticed a sharp rise in the cost of the beef and pork he serves at the Green Hills Retirement Community in Ames, Iowa.

"That tax credit today is costing the American taxpayer about $5 billion this year -- we think that is way too much money to begin with, and we think it's gone on way too long, as well."

But guess who disagrees with that idea? The Renewable Fuels Association, which says the meat industry just wants to return to the days when the subsidies helped them.

"Look, in the past, the government has paid farmers when the price of corn fell below a certain point -- we were doing that for decades, to the tune of several billion dollars a year," he says. "The corporate livestock industry, the junk food industry -- they all loved that; they could buy corn for less than it cost the farmer to produce."

Price Of Corn Linked To Both Meat, And Oil

And economist Babcock says the mere fact that ethanol comprises about 8 percent of fuel consumed in the United States has already changed the ebb and flow of the commodity market behind food.

With corn prices more closely tied to oil prices, when the price of gas goes up, it raises the demand for ethanol -- and that means consumers will feel it in two places: at the gas pump and on the dinner table.