Accessibility links
Singers Have A Ball On Album Dedicated To 'Honky Tonk Girl' Loretta Lynn Tribute compilations rarely do anybody justice. Recorded by disparate artists under disparate circumstances, they're inconsistent by definition. But every now and then one jells. 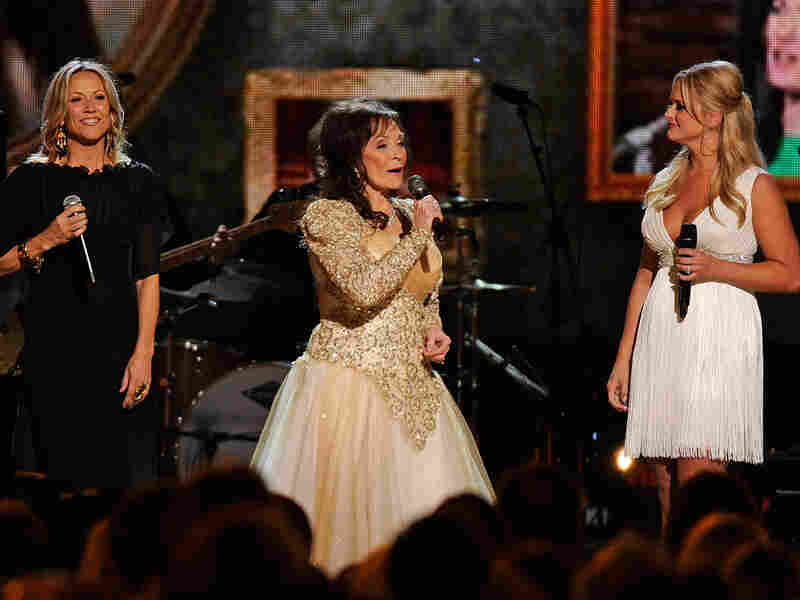 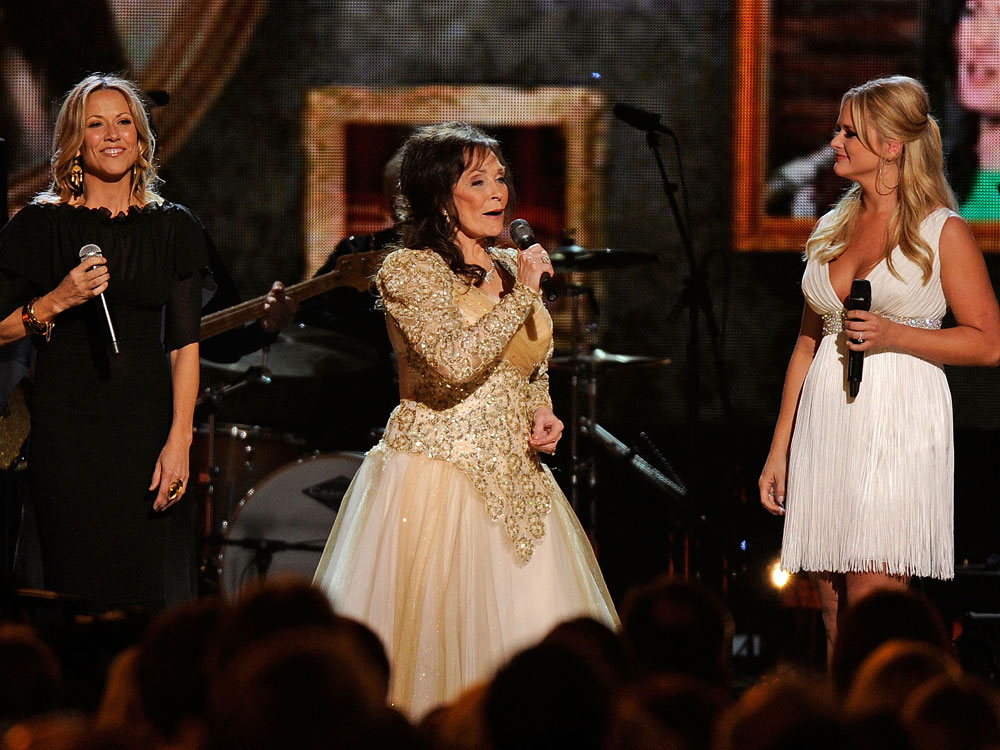 Loretta Lynn (middle) performs onstage at the CMAs in Novemner. Sheryl Crow (left) and Miranda Lambert sang with her.

Tribute compilations rarely do anybody justice. Recorded by disparate artists under disparate circumstances, they're inconsistent by definition. But every now and then one jells like Coal Miner's Daughter: A Tribute to Loretta Lynn. The title track is sung by Miranda Lambert, then Sheryl Crow and Loretta Lynn herself.

The occasion of this 12-track collection is the 50th anniversary of Lynn's first record and first hit, "I'm a Honky Tonk Girl." In 1960, her sound was pretty hayseed by the standards of the time, even those of country radio.

On the tribute record, however, Lee Ann Womack takes the same milestone song just a little harder and more country -- the ornamentation is more pronounced, the accent a touch thicker.

Almost all the women here go for such slight exaggerations, which reminds us of what Loretta Lynn achieved for so many of the female country singers whose career paths followed hers: the freedom to make hay off the speech and sounds they grew up with, stylizing them and reveling in them. On my favorite example, Oklahoma-born American Idol winner Carrie Underwood covers Lynn's "You're Looking at Country."

Even if Underwood is pushing it a little, she's also having a ball. So are a whole bunch of female singers who want the world to know how much they owe the honky tonk girl -- Gretchen Wilson, Allison Moorer, Reba McEntire, Martina McBride. Duet partners Alan Jackson and Steve Earle let loose too.

By comparison, White Stripe Jack White sounds slightly out of place even though was he the one who reignited Lynn's late career by arranging and producing her Van Lear Rose in 2004. Coal Miner's Daughter is for country's ladies, including hard-rocking Tennessee pop idol Hayley Williams of Paramore, who fits right in just singing and strumming an acoustic guitar.