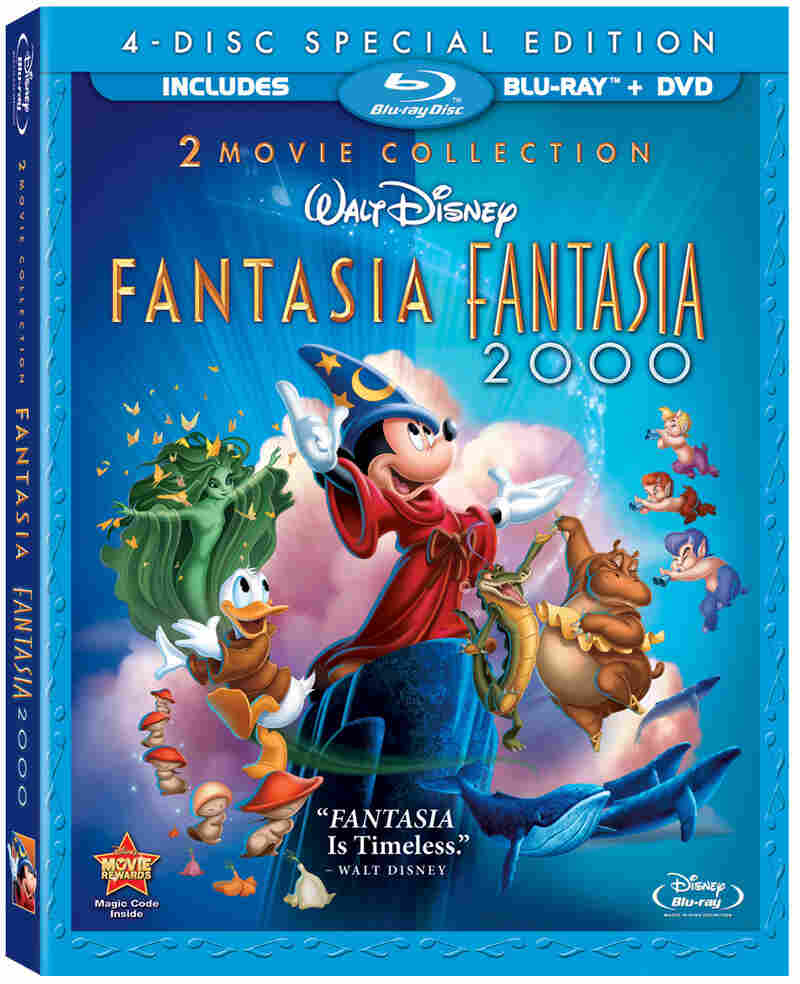 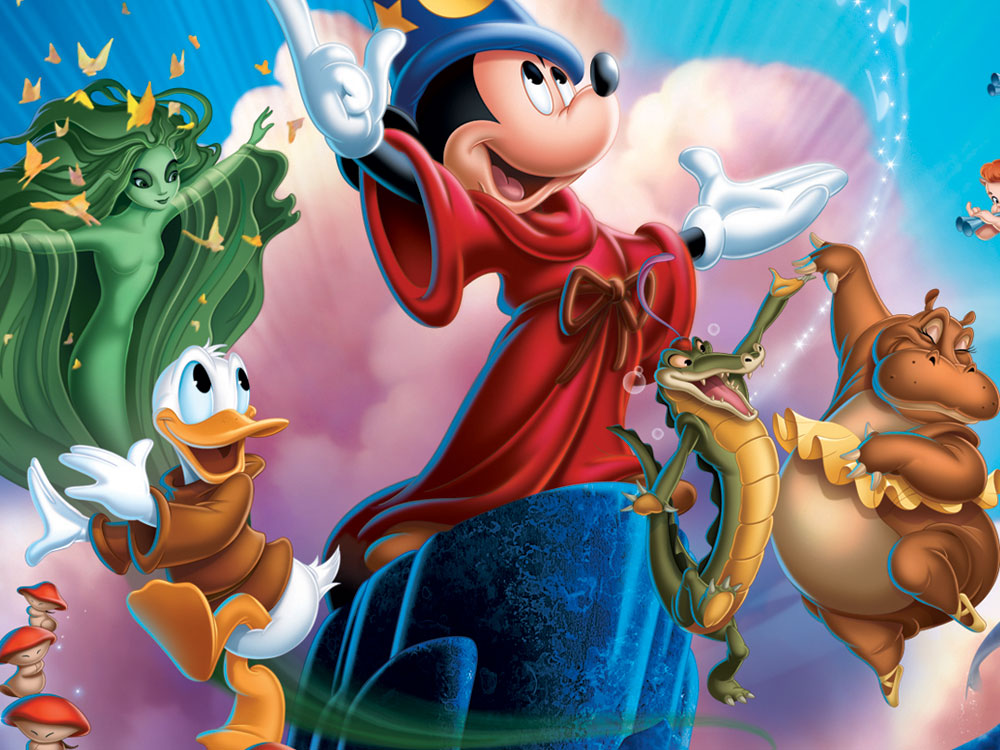 The visualization of music on film is an old impulse. During the 1930s, besides cartoons with classical music soundtracks, a number of short films -- like one called Optical Poe ­-- contained kaleidoscopic, abstract images of musical pieces. But the most famous attempt to provide visual images for classical music was Walt Disney's Fantasia.

Released in 1940, after Snow White and Pinocchio, it's really an anthology of short segments with very mixed results. Composer and music critic Deems Taylor, who helped select the music, introduces each section, conducted by Leopold Stokowski. The best-known sequence, "The Sorcerer's Apprentice," is quite faithful to the story by Goethe that's depicted in Dukas' music -- only now it's Mickey Mouse who loses control of the magical broomsticks that flood the Sorcerer's laboratory.

Some of the musical choices are quite ambitious. Beethoven's "Pastoral Symphony" turns the composer's peaceful countryside images into a mythological Arcadia, with flying horses and their families, and centaurs dating "centaurettes" -- who look like 1930s starlets, only with four legs. It's definitely a kiddie version, but at least it keeps to the spirit of the music. So does the even more surprising sequence based on Stravinsky's "Rite of Spring," which changes Stravinsky's image of primitive Russia into an even more primitive depiction of prehistory, with erupting volcanoes, grazing brontosaures, a terrifying Tyrannosaurus Rex and flying raptors -- clearly an inspiration for Avatar. Stravinsky actually liked the animation, though he rightly hated the abbreviation and restructuring of his great ballet score.

My favorite sequence is Ponchielli's familiar "Dance of the Hours." Here, it's a parody of classical ballet, with ostriches and elephants as the corps de ballet. The male lead is a salacious alligator and the prima ballerina a demure hippo in a flimsy tutu. It's hilarious and suits the music perfectly.

Music composed for dancing was obviously intended to be seen and works especially well in Fantasia, such as the passages from Tchaikovsky's "Nutcracker Suite." It's amusing to hear Deems Taylor, in 1940, say that while the suite is famous, the ballet has been almost entirely forgotten.

Times have changed. The "Chinese Dance," sequence, which has dancing mushrooms looking like coolies, makes one cringe. A few seconds of even more egregious racial stereotyping in the Beethoven symphony have been edited out, but if you're curious about American insensitivity to racial issues 70 years ago, you can see clips of these moments on YouTube.

The new box set also includes a feature-length sequel called Fantasia 2000. It's mostly awful -- butterflies in the Beethoven Fifth and whales in Respighi's "Pines of Rome." Gershwin's "Rhapsody in Blue" is supposed to be a tribute to theatrical cartoonist Al Hirschfield, but it's an embarrassment. The best thing is a repeat of the original "Sorcerer's Apprentice." The new Blu-ray also includes Destino, a bizarre six-minute realization of an abandoned collaboration between Disney and Salvador Dali, a surrealist nightmare, in more ways than one, about a weird love affair. The music is a 1940s Mexican pop song and the images include the hero's baseball bat slamming the heroine's severed head into space. There's also a new 82-minute documentary that attempts to connect Disney and Dali.

Beethoven, Tchaikovsky, Dukas -- even Stravinsky -- intended some of their music to be visualized, either in the imagination or in an actual theater. I love Disney's project, and for kids, it's a delightful introduction to classical music. But both Fantasia films reveal how difficult it is to arrive at convincing images. Visual artists have to be deeply sensitive to music not to oversimplify, or betray, what's so deeply in the music.