Accessibility links
Flicks, Picked: Best And Worst Films Of 2010 Fresh Air's David Edelstein couldn't limit himself to 10 movies for his Top 10 list -- he put 12 titles on this year's rundown. He picks the top of the year's crop -- and explains why he parted ways with colleagues when it came time to hand out the annual New York Film Critics Circle Awards.

Fresh Air's film critic David Edelstein watches dozens upon dozens (upon dozens) of movies a year. Some are fantastic, some are so-so and some are truly dreck. (We'll save those for last.)

Here, Edelstein rounds up some of his favorite films and performances from 2010 -- his picks for what's worth seeing, what movies may win big come awards season, and what you'd best avoid if you don't want your loved ones to stage an intervention in your Netflix queue. 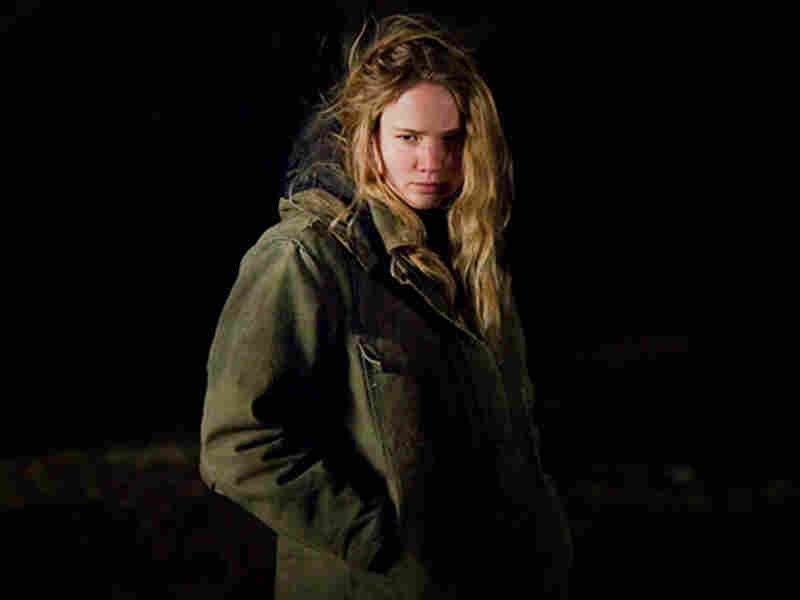 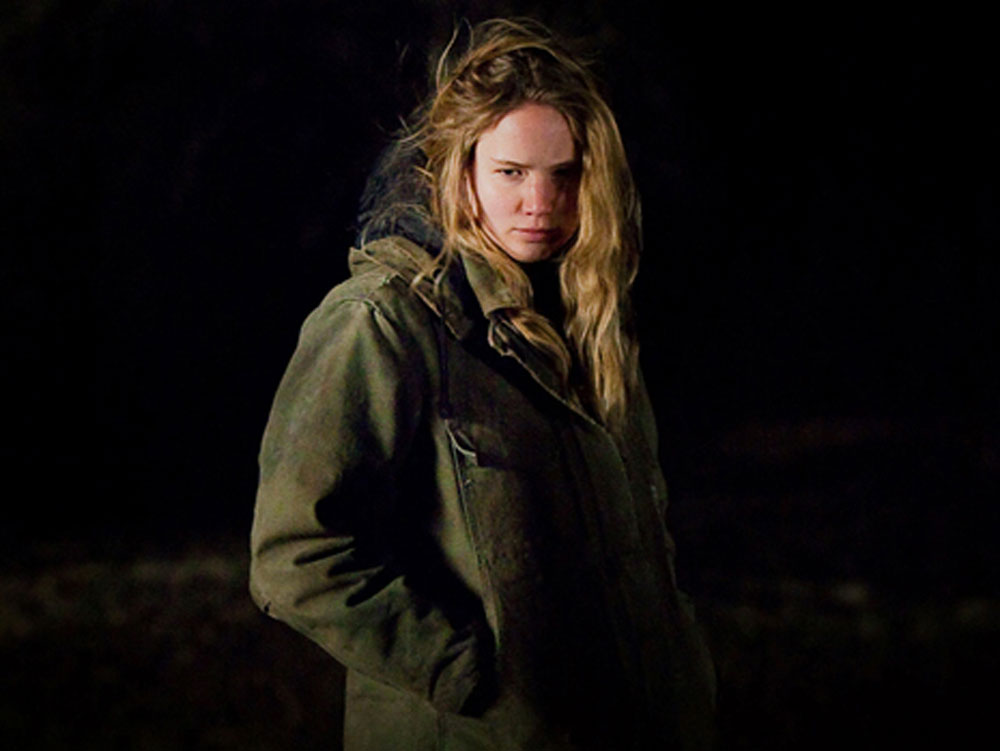 Winter's Bone A "harshly beautiful" adaptation of Daniel Woodrell's Ozark noir novel tops Edelstein's list. "This is a film that could so easily be this dreary, depressing, regional-realistic kind of movie," he says. "But [Debra] Granik pushes it to the point where it achieves a mythical intensity. I think it's a gorgeous, beautiful movie. There are a lot of people who say 'Oh, it's so depressing.' I think it's absolutely exhilarating movie, managing to be so hopeful in the midst of such horror."

Client 9 and Inside Job Two examinations of the global financial crisis are the year's best documentaries, Edelstein says. Client 9 is filmmaker Alex Gibney's movie about the Eliot Spitzer scandal, which suggests the ex-New York governor's downfall wasn't just about the prostitution investigation that drove him from office -- that the many enemies Spitzer made on Wall Street and in the New York state capital at Albany may have contributed to his political demise. Charley Ferguson's Inside Job, about the 2008 global financial meltdown, meanwhile, documents the types of Wall Street shenanigans that may have directly contributed to Spitzer's demise. "These movies have not crossed over," Edelstein says. "They appeal to a segment of the [American] audience, but they're preaching to the choir. I think it's extraordinary that these films are so marginalized at a time when these issues are on everybody's minds."

Please Give Nicole Holofcener's raw comedy, starring Catherine Keener and Oliver Platt, is "a fine-tuned study of envy at what others have and guilt over having what others don't -- and of how the two feelings can coexist," says Edelstein, who praise's Keener's performance as the "warm and appealingly bedraggled" character Kate. 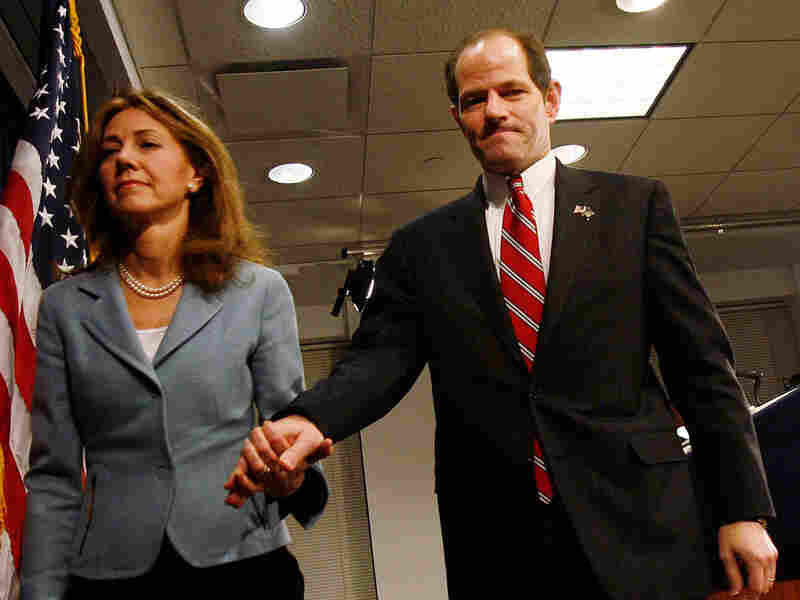 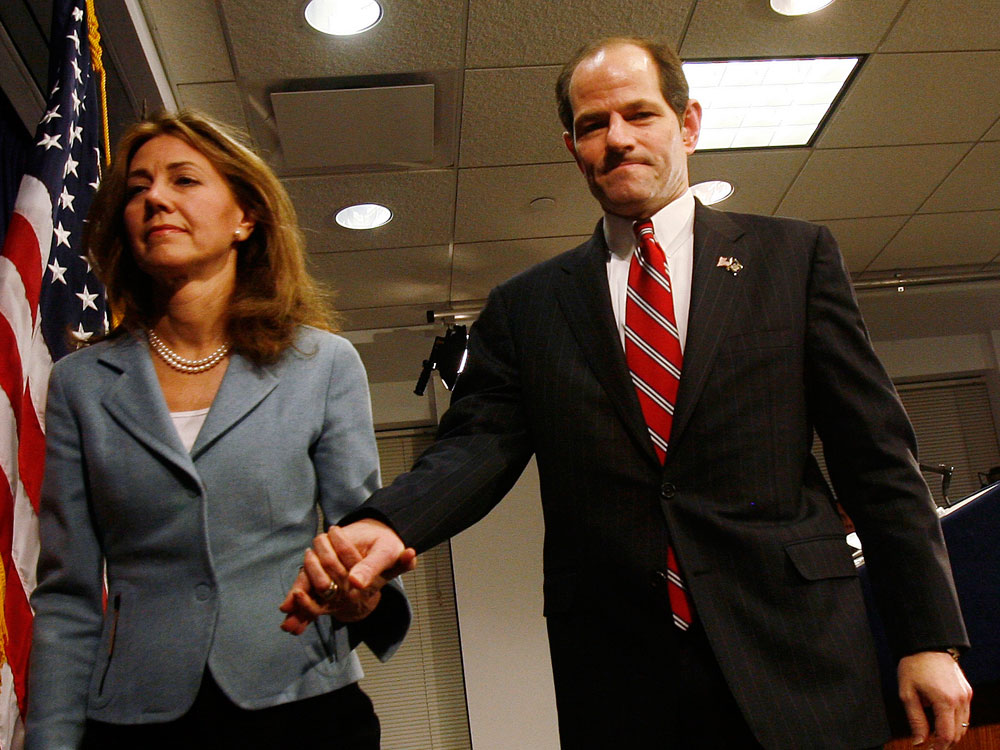 Toy Story 3 At once a great comedy and an action movie chock-full of cliffhangers, the final chapter in Pixar's storied franchise is at core a story about death, Edelstein says. "It has this weird, almost Buddhist quality about investing these toys with spiritual properties and our deepest childhood feelings, and then what it means to cast them away and forget about them," he says. "It's not just shallow escapism. You can talk about Toy Story 3 more than you can talk about a lot of the art films on my list."

Another Year Mike Leigh's film, opening in very late December, is about a couple (Jim Broadbent and Ruth Sheen) who are "earth mother and earth father to a group of very lonely people who converge and complain." It's a movie that at times may make you want to jump off a bridge, Edelstein says, but it's more than that: It's likely to make you want to rescue someone who's ready to jump off a bridge, and then give him a big hug. "I can't recommend it more," he says.

Mother and Child Rodrigo Garcia's film, with Annette Bening and Naomi Watts, is the director's latest triumph, Edelstein says. Garcia wrote the film as three short stories that intersect, but not in ways that are necessarily predictable. "Mother and Child is -- there's no getting around it -- devastating," he says. "But it's the best, the fullest, the most life-affirming pain I've felt at a movie in years." 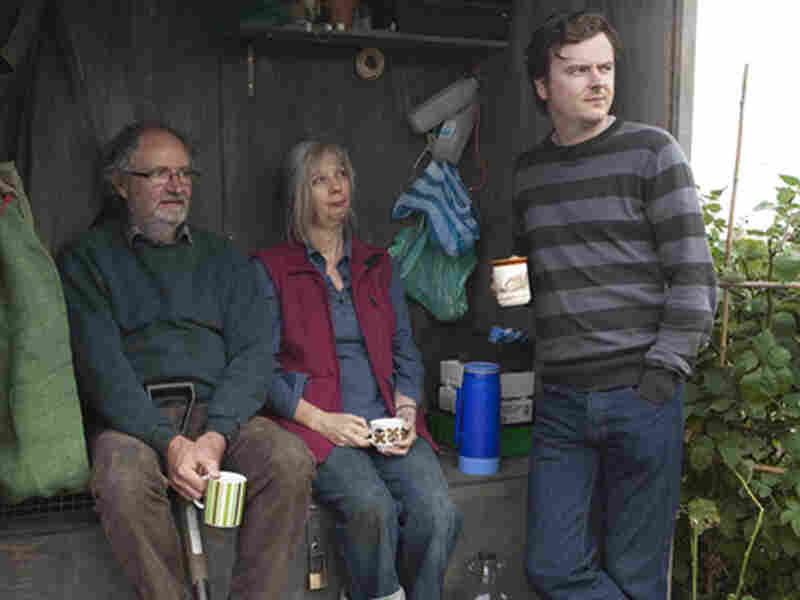 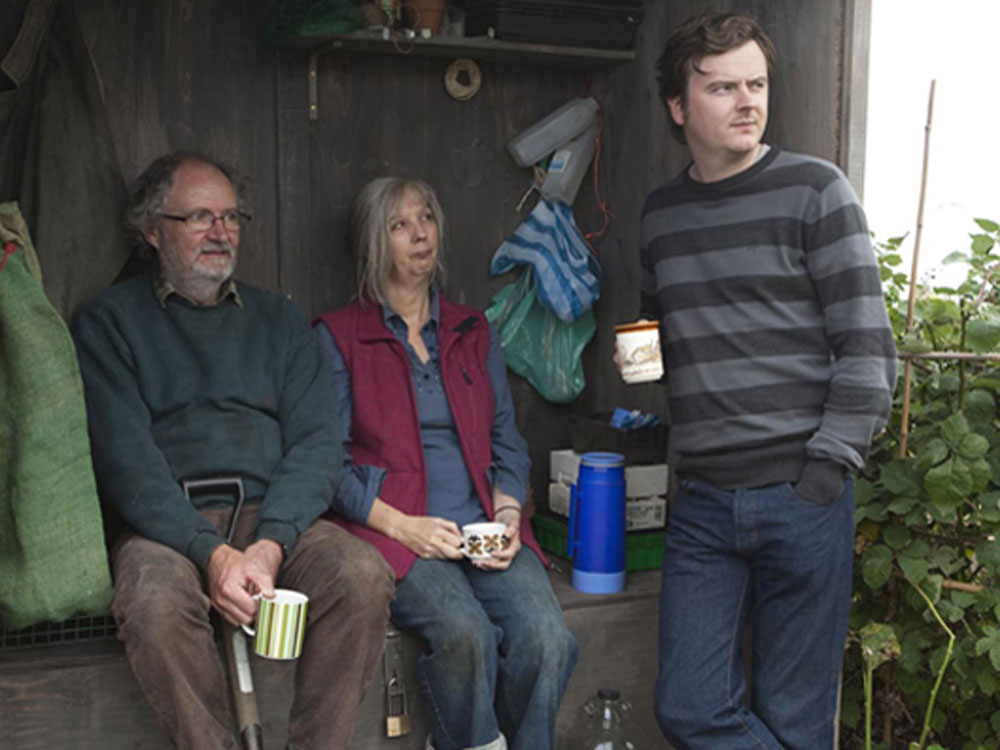 Jim Broadbent, Ruth Sheen and Oliver Maltman in Another Year

Vincere The Italian masterpiece about dictator Benito Mussolini and his first wife is a "raging meditation on the power of art to lead us down lovely and false paths." In a review in New York magazine, Edelstein wrote that the film is a "monument to intoxication: of sexual conquest, of military conquest, and, most of all, cinema."

Exit Through The Gift Shop The documentary about "nefarious" graffiti artist Banksy may or may not be a prank, but that doesn't matter. It's "great in any case: a wonderful, often hilarious film, even if doubts about its authenticity linger," Edelstein says. "As far as I'm concerned, Banksy can vandalize our movie screens anytime."

Marwencol A documentary about a man in upstate New York who gets beaten into a coma outside a bar. When he awakens, he creates a fictional Belgian town in minuscule -- using dolls, like Barbies and G.I. Joes -- in his backyard, building elaborate scenes to help himself heal from his injuries.  "It's romantic and tragic," Edelstein says.

Despicable Me The Scrooge-like supervillain at the heart of this animated movie is voiced by Steve Carrell, who plays Gru, a cheerfully malevolent genius who battles competition from other villains to be the world's baddest. Says Edelstein: "Simply wonderful."

Blue Valentine This "extraordinarily intimate psycho-drama" stars Ryan Gosling and Michelle Williams as a couple who live through first a romantically nutty courtship and then the tortured dissolution of their relationship. "It's one of these movies that's like a punch in the solar plexus," Edelstein says. "You might come out hating it, or you might be just utterly enthralled at how intimate it is -- how intimate a portrait of a gradually dissolving relationship is portrayed." He scoffs at the initial NC-17 rating delivered by the MPAA. "Compared to the things that the MPAA gives PG-13 to -- these splattery movies where people are incinerated in front of your eyes -- you just can't believe that a little bit of sex is going to make them say 'Oh, no no no.' Boy, is that a reflection of our Puritanical culture." 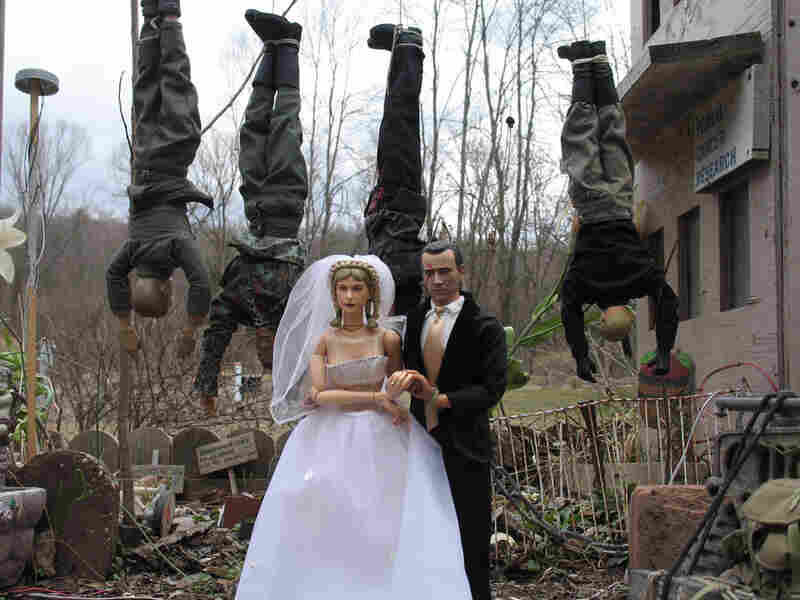 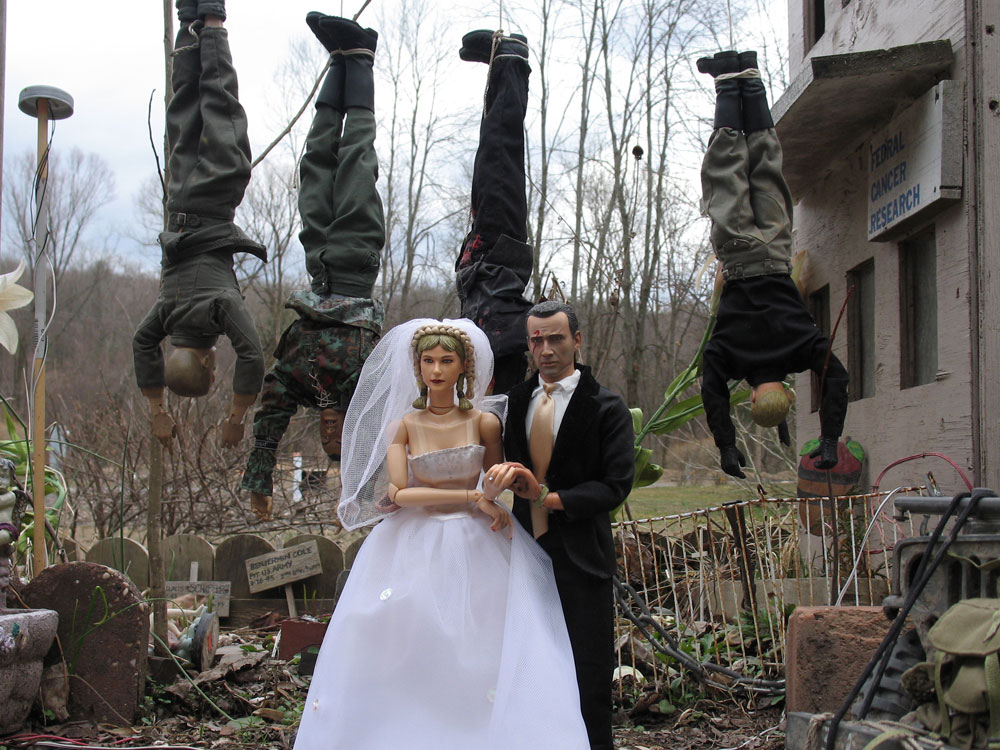 Jim Carrey in I Love You, Philip Morris Edelstein says the actor's turn as a married, secretly gay con man who meets the (male) love of his life once he's sent to prison is the best male performance of the year. Carrey mines "astonishing emotional resonance" from the desperation of a closeted man "forced to live in a homophobic culture and to parody normality," he says.

Annette Bening in Mother and Child The actress continues to startle Edelstein with her ability to play people playing other people. She's adept at inhabiting "people in life who are performing -- who are putting on this mask and playing these roles -- and then specializes in showing you how the mask is constantly dissolving." Edelstein says she was "amazing" in Mother and Child, but bets that she'll take an Oscar for her role in Lisa Cholodenko's The Kids are All Right.

Other strong performances: Patricia Clarkson in Cairo Time; Amy Adams in The Fighter; Kirsten Dunst in All Good Things; Colin Firth in The King's Speech.

Tron: Legacy "It looks like disco night at the Hi-Life. I'm convinced it's given me a brain tumor."

The Nutcracker in 3D "Take a kid to that and they'll never want to see a movie again."

On The Social Network, and its absence from his list

"I was sitting in this New York Film Critics Circle meeting, and it was showing up on ballot after ballot, and I had this sinking feeling, because I knew Winter's Bone, my own favorite, didn't have a prayer. And [Social Network is] going to win all of the big critics' prizes, and it might win the Oscar. It's going head to head with The King's Speech, I think. I didn't hate the movie. I kind of liked it. But I think it's a very glib and cynical film about the foundation of our new way of life. This new social network is shown as being rooted in betrayal, in greed, in sexism, in naked class envy ... while at the same time, I think it appeals to this pervasive 21st century fantasy of wanting to be a billionaire. It's a good business saga, but I'm mystified by how many people think it's a groundbreaking movie about a turning point in American culture."