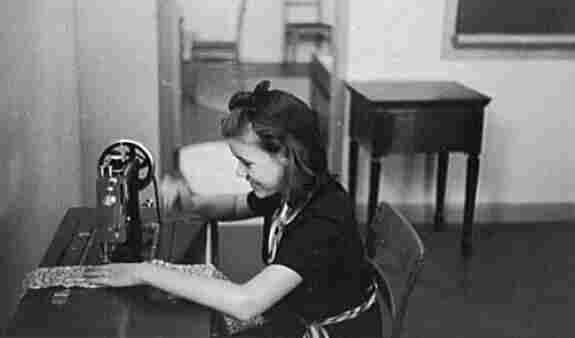 In this 1938 photo, a girl is shown sewing in a home economics class in Greenhills, Ohio. John Vachon/Library of Congress hide caption

Before there was fast food, fast fashion and fast talking, there was a time when we set the table, cared for our appearance and admired elegance. This year, three authors set out individually to recapture that time in three separate books, each dealing with the topic of nostalgia and reclaiming older, more refined ways of life in the modern world.

Morning Edition's Linda Wertheimer sat down with Sally Singer, editor of T: The New York Times Style Magazine (the paper's glossy for fashion and style) to discuss the new nostalgia movement and the three books that are heralding the return of the old. 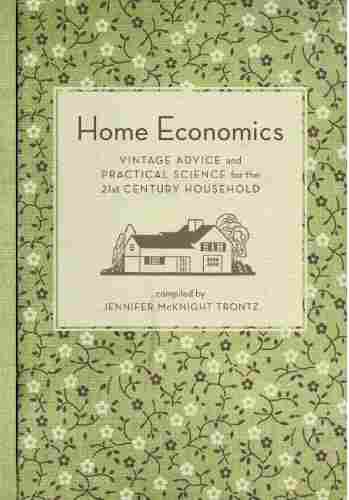 In Let's Bring Back, fashion writer Lesley M. M. Blume provides bite-sized descriptions of "all sorts of things the author finds delightful or retro," according to Singer. "And retro can be ancient or it can be the 1980s, because Lesley is a youngish blogger based in New York.

"She is someone who is trying to live an elegant and somewhat careful life in a really fast city," Singer continues, "so she'll muse on everything from a red caboose at the end of a train, to all of her favorite candies and sweets from years past."

The second book the pair discussed is Encyclopedia of the Exquisite, by Jessica Kerwin Jenkins. "This is a much more historical book about all the things that make the world magical and exquisite and complicated in certain ways," says Singer. It touches upon "everything from the color black, to a Joseph Cornell ballet that was never staged."

The final book that Singer recommends for a whimsical dash of history is Jennifer McKnight Trontz' Home Economics, which is a reworking of a classic homemaking guide. "It's a very proper update of a classic text," says Singer. "It is essentially an old-fashioned home economics book about how to care for your house and for your children, and how to live a proper and resourceful life at a time when people are doing everything on the fly and with less care."

What these women are thinking of, it's not about a scrapbook room — they are modern girls, they live in little apartments in New York City.

Singer emphasizes that the small luxuries that the three women praise, like laundry chutes or red lipstick, do not require a large budget to enjoy. The editor says that the new nostalgia movement is not about indulgence as much as it is about being resourceful, and highlighting the small delights of everyday life. 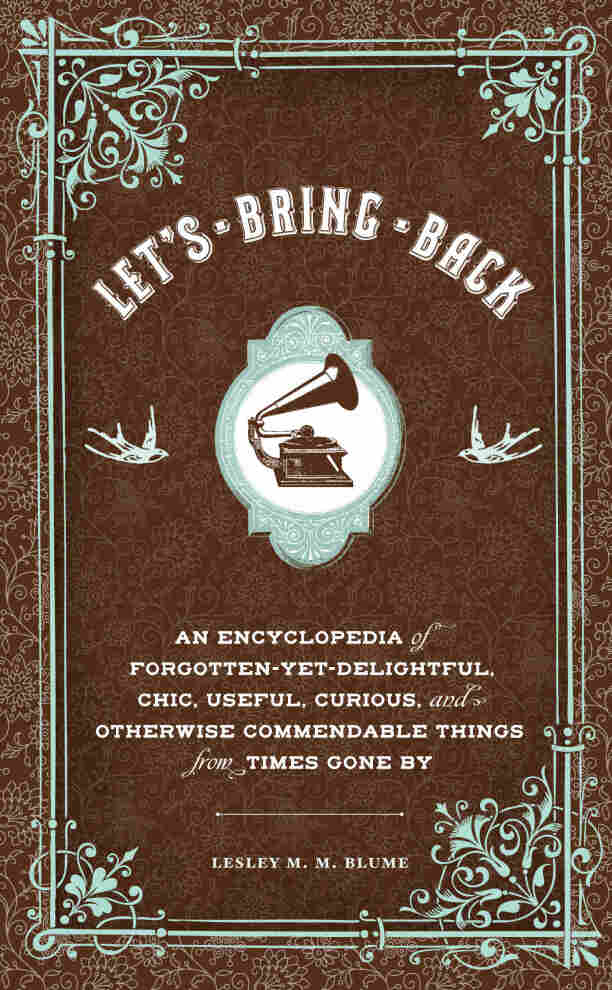 "It's not nostalgia per se," Singer says. "It's the idea of the charm, of a world that's charming and wonderful and nuanced -- and interesting, and thought over. All of these books talk about being resourceful, and that luxury doesn't involve money. That's very important to all of them, and they were all written for this climate now, this post-economic downturn."

So how does this new idea of "home economics" differ from the one being popularized by homemaking stars like Martha Stewart or Rachael Ray?

"This is [home economics], but in such a different way," argues Singer. "The Martha Stewart approach to home economics is more of a hobbyist pursuit. What these women are thinking of, it's not about a scrapbook room -- they are modern girls, they live in little apartments in New York City. It's not about the perfection of your Christmas tree and your Christmas ornaments. It's about knowing how to sew a patch on a garment or knowing how to darn a sock. Or knowing what the difference between broiling and steaming is."

Admittedly, some of the antiquated practices and customs that the women highlight in their books can seem a bit silly for a modern audience, like advising one to broil a steak for eight minutes on each side, or as Trontz puts in her book, that one of the "great dangers in the kitchen is piling eggs too high in a bowl."

But Singer argues that the joy of these volumes is in not taking their advice too seriously. "I think that's the fun of these books," she says. "You're shocked and horrified by some things, and dazzled and delighted by others. I think there's a section in Jessica's book, where in describing the color black, she goes from Victorian mourning to the look of the women in the Black Panther movement within about a paragraph, and you just think, bless her, she's just free-associating across the board, and it's fun." 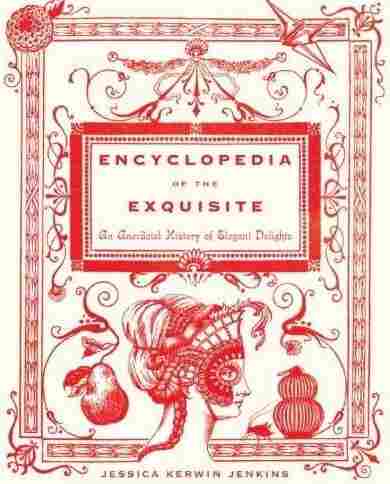 Taking care of one's home and one's self and one's friendships involve little rituals, and if we can just relearn those rituals, we can knit a civil society together in a different way.

Singer says that the nostalgia movement is not necessarily about practicality, but about recapturing the joy and wonder of everyday life, a joy that is present in the lively writing found in all three books. She says that she is especially fond of Blume's way of phrasing her fascinations. "What I really love about her book is the way it is written. What she'll say about a red caboose on a train, 'like an exclamation point at the end of a long Jamesian sentence.' Incredibly pretentious and deeply wonderful all at once."

Ultimately, these are books of small treasures; little passages that one can read before bed, imagining a more civilized life. And that, says Singer, is an elegant experience in itself. 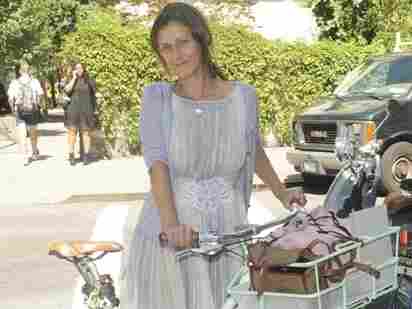 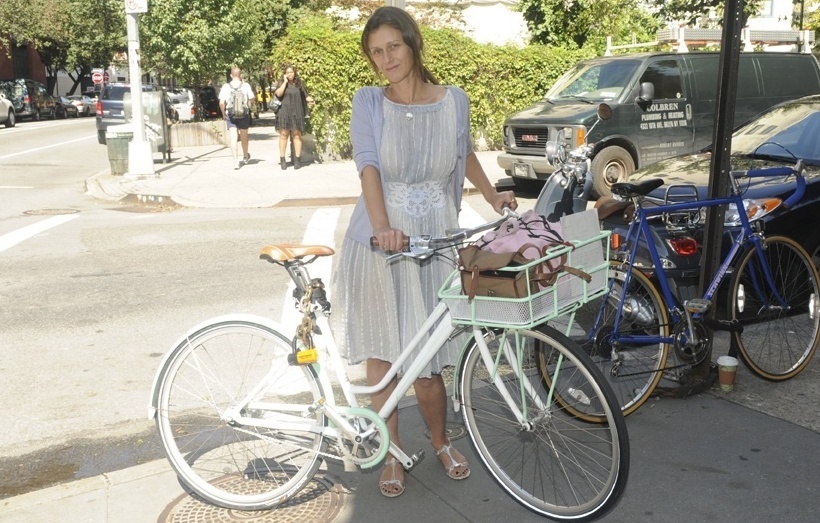 Sally Singer is the editor of T: The New York Times Style Magazine

"That's the ultimate luxury, that you could read a couple pages and learn just one thing and go to bed and dream about it," she says. "And it would be something worth dreaming about.

"In Lesley's case, it would be about the beauty of a one-piece swimsuit. She says, 'Bikinis are grand, but it's hard to live up to their expectations.' In the case of the Home Economics book, you could just read a section and go to bed thinking about how you're going to make punch the next time you have a party," Singer says.

"Taking care of one's home and one's self and one's friendships involve little rituals, and if we can just relearn those rituals, we can knit a civil society together in a different way that is both more meaningful and, in Jessica's word, exquisite."

THE SCIENCE OF PRESERVING

Fruits and many other foods spoil because certain kinds of yeasts, molds, and bacteria grow on them and cause changes that make them unfit for us to eat. Therefore, it is necessary to kill all these organisms and to use jars that are free from germs and sealed so tightly that no germs can get in.

The first thing to do is to sterilize the jars (include the lids and rubbers, too). By sterilizing is meant the killing of all bacteria, yeasts, and molds. This is done by boiling the jars for about 20 minutes in a kettle of water. It is best first to wash the jars clean, rinse them, and put them on in a kettle of cold water; this tempers the jars as well as sterilizes them. To keep the jars from cracking, put a cloth in the bottom of the kettle and place the jars on their sides.

Another way of storing food for the winter is pickling, one of the oldest preservation methods. The term pickling is applied to the process of preserving food when either salt or vinegar is used. Pickled foods whet the appetite and help to make dishes—especially meat ones—more palatable. Below is the perfect recipe to use up your unripe tomatoes at the end of the season.

Wash tomatoes and cut into slices. Peel and slice the onions. Add the salt and let drain overnight. Then add the sugar, vinegar, and spices (tied in a bag). Cook over medium heat just long enough to make them tender.

When fruit is preserved with a large amount of sugar (a pound of sugar to a pound of fruit), it does not need to be sealed in air-tight jars because bacteria do not readily form in the thick syrup. It is, however, best kept in small sealed jars since molds are likely to form.

Excerpt: 'Encyclopedia of the Exquisite' 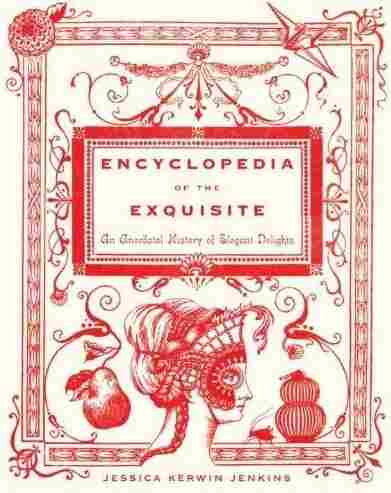 A word used in greeting, especially over the telephone

In one guise or another, "hallo," "halloo," and "hullo" have been used to solicit attention and signal surprise since the Middle Ages. Hunters urged on their dogs with "halloo," and the word was also used to signal a ferryboat captain from across the water. (Some etymologists say it originated with the Old French Ho là!, meaning "stop" or "pay attention.") As a greeting, "hello" had a gutsy, mod­ern air in the late nineteenth century. It was sleeker than "Do I get you?," another early option for those greeting each other over the telephone, and it was more suave than England's awkward choice, "Are you there?" "Hello" was "a thorough-bred bulldog, ugly enough to be attractive," one journalist wrote in 1899. "It makes courtesy wait upon dispatch, and reminds us that we live in an age when it is necessary to be wide awake."

For those who normally spoke only with people to whom they'd been introduced, striking a balance between politesse and wasting time was tricky when greeting faceless strangers over the primi­tive, buzzing phone lines. Delays and disconnections exasperated early subscribers. In the beginning, tough young men working the switchboards in the din and clamor of the lawless central offices, like the Chicago exchange, known as "a howling madhouse," hap­pily battled complainers. They were soon replaced by the less abrasive "Hello Girl," whom we now know as the operator. She flirted instead of fighting and quickly became a national arche­type, known for her honeyed voice and her love of gossip. In a small town, she'd even tell you the train schedule.

In the name of efficiency, Hello Girls received elocution lessons after the turn of the century. Then, in a further attempt to improve service, they were instructed to answer all calls with a curt "Num­ber?" Callers bristled and the Girls went back to "Hello." By the late 1920s, however, some company executives across the country banned the word again, with operators restricted to the phrases "Number, please?" and "Thank you." "Synthetic courtesy is not soft and sentimental," opined the New York Times. "It is hard and virile."

Something about "hello" just felt right. Nevertheless, as late as 1937 the New York telephone company tried to kill it once more, advising subscribers to answer their own phones with only their name, or company name, and recommending above all that callers "avoid such old-fashioned, indefinite and time-wasting words as 'hello.' "

Packaged Girl Scout Cook­ies have been big business for decades. While those Thin Mints and Samoas are addictive, there is something endearing about the original sugar cookies peddled by the earliest Girl Scouts—which were reportedly the most deli­cious Girl Scout cookies of all. In the 1920s and '30s, Girl Scouts and their mothers cooked their own cookies from the following official recipe; they then packaged these simple goodies in wax paper bags, sealed them with a sticker, and sold the bags door to door for twenty-five to thirty-five cents per dozen.

Cream butter and the cup of sugar; add well-beaten eggs, then milk, vanilla, flour, salt, and baking powder. Refrigerate for at least 1 hour. Roll dough, cut into trefoil shapes, and sprinkle sugar on top, if desired. Bake in a quick oven (375 degrees F) for approximately 8 to 10 minutes or until the edges begin to brown. Makes six- to seven-dozen cookies. 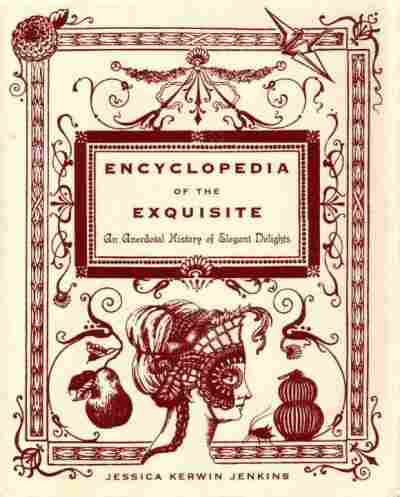 Encyclopedia of the Exquisite

An Anecdotal History of Elegant Delights 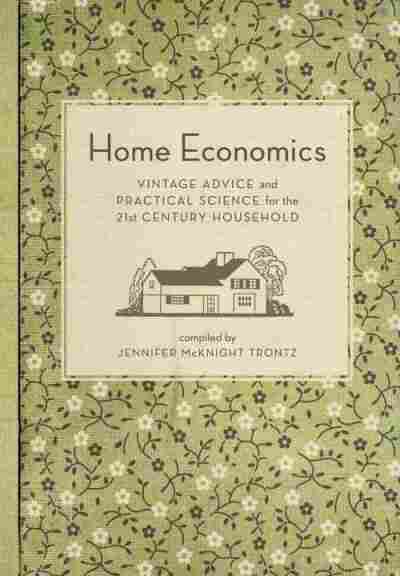 Vintage Advice and Practical Science for the 21st-Century Household 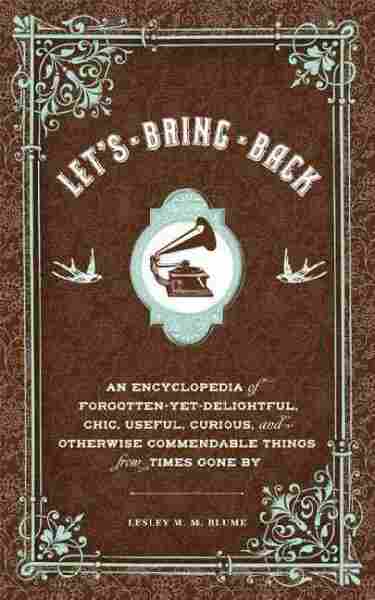