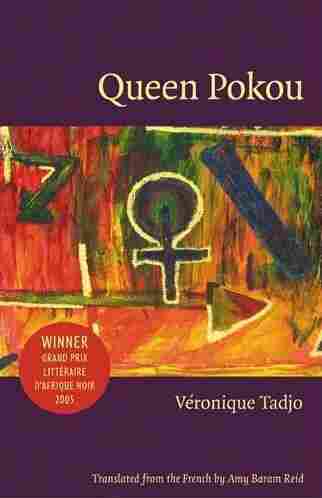 Favorite Books Of 2010 asks NPR personalities to write about  one book from the past year that they loved. Ofeibea Quist-Arcton is an NPR foreign correspondent who covers West Africa.

Why, you may ask, Reine Pokou -- translated in English as Queen Pokou:  Concerto for a Sacrifice? It’s an attractive, slim volume of poetic prose, with a colorful cover illustration by the author, about an African queen from a country that is back in the headlines -- Ivory Coast.

I'll tell you why you should grab this book and read it: because Veronique Tadjo, who is herself Ivorian-French, was weaned on the legend of Queen Pokou. She has presented us with evocative and captivating stories -- ancient tales based on historical fact and fable -- that reach right into the soul and pull at your heartstrings.

Quite by chance, I picked up Reine Pokou (the 2009 English translation of a book I devoured when it was first published in French and won the prestigious 2005 Grand Prix Litteraire d’Afrique Noire) as I headed to Ivory Coast to cover the Nov. 28th presidential runoff vote.

Ivory Coast is struggling to emerge from a decade of political upheaval, rebellion and civil war. The election was meant to draw a line under ten years of troubles.

So, it was fascinating to plunge back into the past and savor one brave woman's sacrifice and vision and how she overcame. Add to that her people’s battle to establish a new kingdom -- after fleeing certain death back home across the border and escaping the tyrannical rule of a ruthless royal uncle.

And all with a poetic flourish of Tadjo's quill, as she sweeps us up from one story of Ivory Coast’s Baoule Queen Pokou legend to another version of the same remarkable tale.

Sometimes it’s in terse prose: "The fugitives plunged even deeper into the forest: the realm of spirits impatient with mankind. The ground was damp, covered with a thick layer of dark soil where snakes lay in wait."

Turn the page and Tadjo switches to story-telling laced with rich, literary lyricism:

Legend says that Pokou’s exodus was slow and exhausting. The trees in the forest turned into monstrous spirits who grabbed the legs of those who were fleeing and strangled the most vulnerable with their vines. From all sides, beasts came out of their lairs to circle around them, smelling their fear and the blood of the wounded, which left red stains on the rich soil of the forest. Hyenas tracked them. Elephants -- their trunks held high and their ears waving like fans -- made the ground tremble beneath their weight. On the carpet of dead leaves, snakes followed noiselessly, their scales shining with deadly glimmers. Monkeys snickered.

The air was damp, the atmosphere suffocating. The men’s brows burned; their shoulders dripped with sweat.  The children shivered with malarial fevers.  The women’s backs were broken by suffering.  Everything combined to bring about their loss.  They were a vanquished people fleeing a fratricidal war that nothing could stop.

Are you hooked?  I am. The book is Queen Pokou: Concerto for a Sacrifice by Veronique Tadjo.