Accessibility links
Modern Japan Hopes Ancient Abacus Aids Academics Japan once prided itself on world-class academic achievement. Now, schools there are under fire for easing standards. Among the reforms being considered, some schools are finding a new use for a tool from the days of the samurai: the abacus. 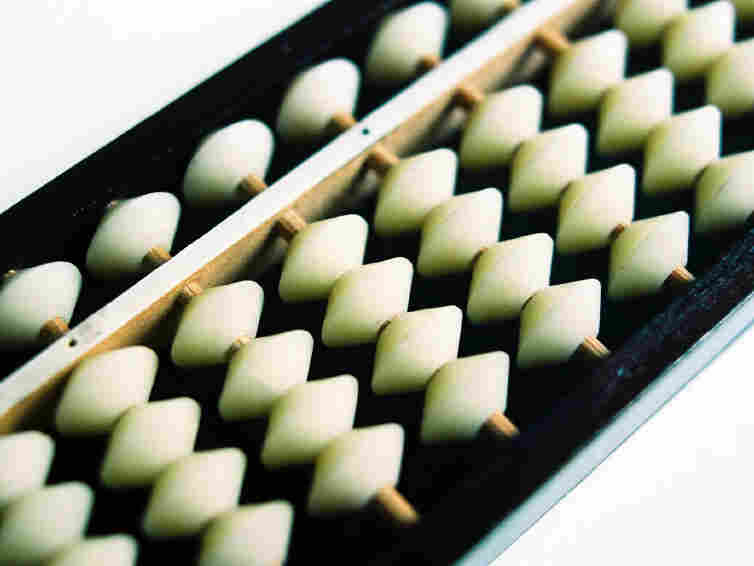 Imported from China, the abacus has been used in Japan for hundreds of years. Abacus literacy was a prerequisite for many white-collar jobs as late as 1980, until the arrival of pocket calculators. Now, the ancient tool is staging a comeback. iStockphoto.com hide caption 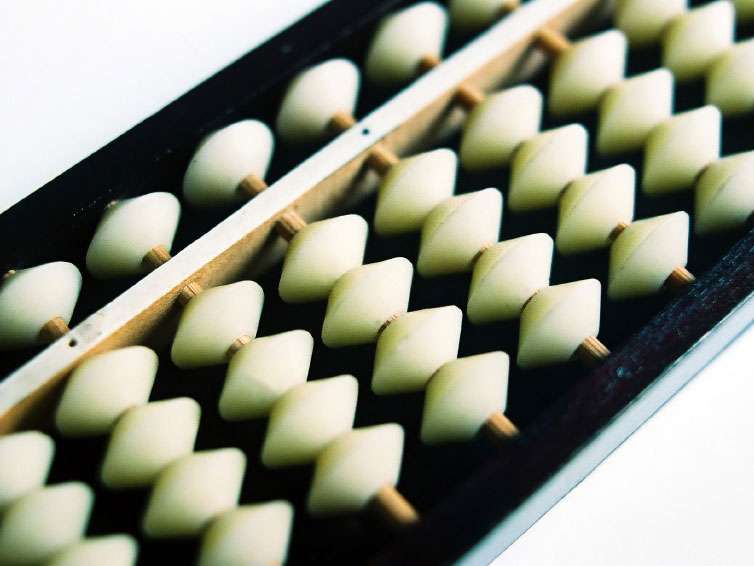 Imported from China, the abacus has been used in Japan for hundreds of years. Abacus literacy was a prerequisite for many white-collar jobs as late as 1980, until the arrival of pocket calculators. Now, the ancient tool is staging a comeback.

Under fire for easing standards and creating a generation of educational slackers, some Japanese schools are finding a new use for a tool from the days of the samurai.

The abacus is making a comeback.

On a Saturday afternoon in a Tokyo suburb, about 20 children have gathered in a pleasantly ramshackle room. Seated on the floor, they are perched over low desks.

The chatter comes to an abrupt end, as the kids fixate on the voice of Haruka Iwai, a teacher of soroban, or abacus.

In the traditional sing-songy chant of an abacus instructor, Iwai rattles off 10 numbers, which are instantly toted up in a flurry of bead-clacking across the room. Deftly sliding counters with thumb and index finger, the children almost instantly calculate the sum.

But this mathematical performance, impressive as it is to the untutored, is merely the warm-up act for an even more remarkable skill.

Silently, a third-grader named Sho Uchida races through a written worksheet of arithmetic problems -- without the aid of his abacus. Instead, muttering softly, his fingers dancing across the page, he mimics the motions of calculation as he imagines the beads moving.

Hanaka Iwai, who runs the school with her sister, Haruka, says being able to conjure up and manipulate a mental abacus is a skill known as anzan.

"Anzan enables you to visualize the beads in your head. So even if you don't have a soroban handy, you can literally carry the device in your brain," she says.

The system is so intuitive, teachers say, almost any child can master it in a matter of months. Children are considered abacus-ready as soon as they can count -- about 4 years old.

Imported from China, the abacus has been used in Japan for hundreds of years. Abacus literacy was a prerequisite for many white-collar jobs as late as 1980, until the arrival of pocket calculators. By 2005, the number of students taking qualifying exams for abacus had shriveled to about 20,000, one-tenth of peak levels. The abacus seemed destined for the dust heap.

But in the past few years, the humble abacus has staged an unexpected comeback. Regular abacus classes have been restored at a handful of elementary schools around the country, credited with boosting math scores.

It's precisely because humans today depend so heavily on calculators, says the abacus association's Hiroshi Nakayama, that the abacus is more needed than ever. The association is studying whether grade schools should re-adopt abacus-based classes.

"When you do all your figuring on a computer or calculator, the process of calculating becomes a 'black box.' But with the soroban, number-crunching takes place right before your eyes," Nakayama says.

Yet the abacus revival also is based on the belief that training has other benefits, such as making kids more confident and better able to recall what they've learned. Partisans say that the act of conjuring up those imaginary beads enhances right-brain development.

Some schools have adopted 10-minute abacus drills first thing in the morning as a mental warm-up for the day.

Empirical evidence that soroban works as a kind of brain-training is still thin. But parents and abacus instructors such as Hanaka Iwai are convinced that the act of total concentration involved in working the abacus makes kids better at learning.

Iwai, who has studied and taught the abacus for 20 years, describes number-crunching as a kind of pleasant, alternate state.

"I'll be working on one problem, and the next thing I know, I've finished five. Soroban really hones your ability to focus. It's a skill which can be applied to any field. You just don't get distracted easily," she says.