Accessibility links
Finding La Posada In Nueva York Sometimes the holidays can make us long for the traditions of home. Maria Hinojosa found some of her home in New York, at the Mexican Christmas celebration of La Posada. This celebration based on the Nativity scene represents the struggles of Mary and Joseph looking for a place for baby Jesus' birth. 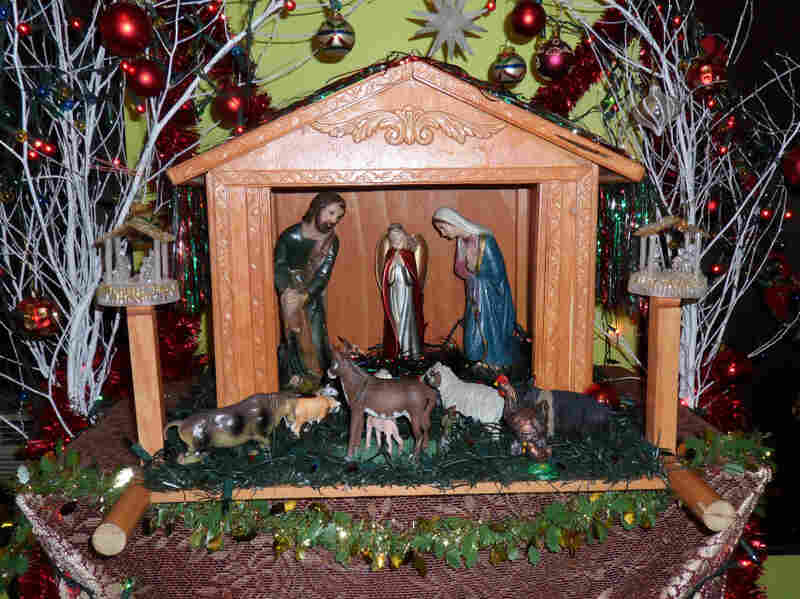 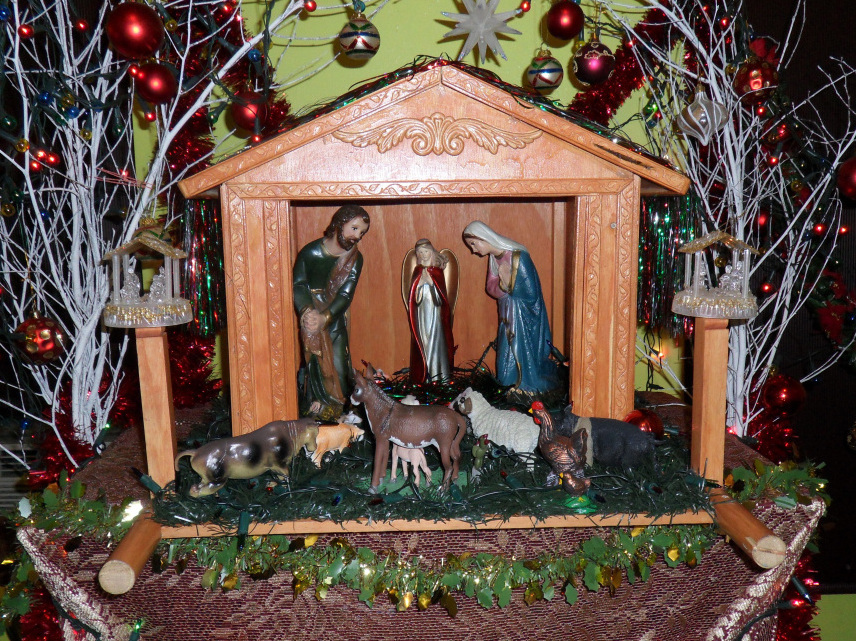 The manger sits in an apartment in New York's Spanish Harlem.

Maria Hinojosa is the anchor and managing editor of NPR's Latino USA.

When I was a kid, my family would load up the station wagon in Chicago and drive to Mexico to spend La Navidad in the home country.

Once I had my own kids, we spent many holidays in my husband’s home country -- the Dominican Republic. But this year my family is staying in New York.

But I live in a modern urban center in the United States in the year 2010. So just how far from a Latin American Christmas did I really think I could get?

I found myself with about 50 people -- adults and children, singing in the narrow hallway of a five-story walk-up apartment building. 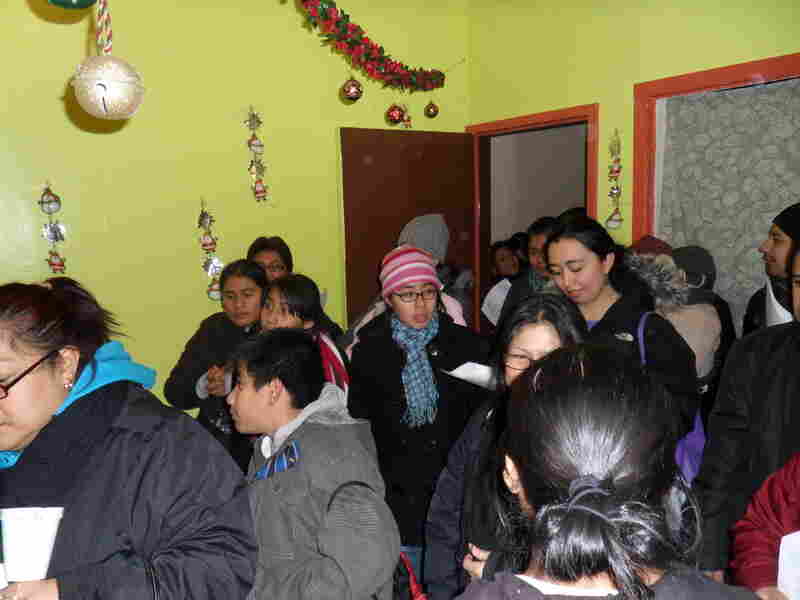 A crowd gathers in an apartment for La Posada. Nusha Balyan/Courtesy of Latino USA hide caption 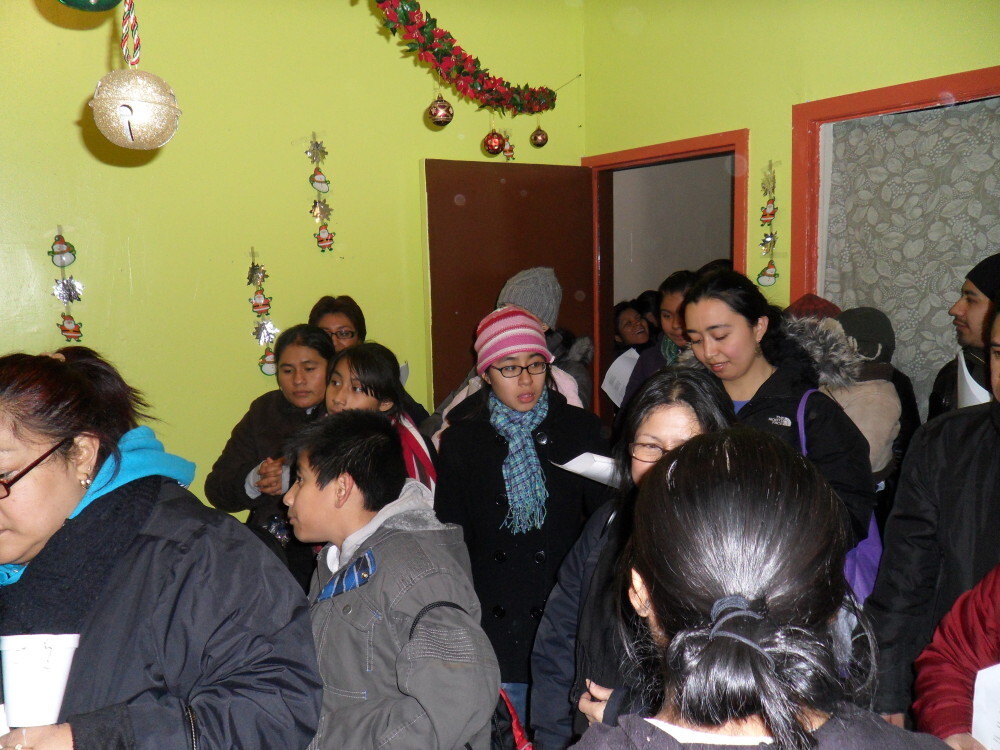 A crowd gathers in an apartment for La Posada.

They were celebrating one of the most traditional rituals of the Mexican Christmas season -- La Posada -- a re-enactment of the homeless Joseph and Mary looking for shelter before the birth of Jesus.

When we arrived at my friend Silvia's apartment, the entire front room had been cleared of furniture to make room for the arrival of the Posada. There was just a stand where the Nativity scene would go -- a 3-foot-tall replica of the manger, with statues of Joseph and Mary.

Suddenly dozens of bundled-up women, men and kids were climbing the steep staircase, singing, and carrying the Nativity scene.

The point is to try to persuade the people inside the apartment to open their home to those on the outside representing Joseph and Mary. Silvia's apartment door finally opened, and this huge group of people tried to squeeze in.

Carmen Garcia had organized the Posada with her husband. Carmen came to the U.S. when she was 7 years old, but Mexico is still in her heart. She said that the Posada made her feel like they were still in Mexico. "I know it's a little different because in Mexico we had a big yard and we didn't have to go up and down the staircase with the strollers, with the babies. It's very difficult for us but we come because we love it, and we have fun!" 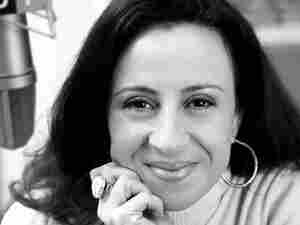 Maria Hinojosa is the author of Raising Raul: Adventures in Raising Myself and My Son. Michael Paras Photography hide caption

But the most fun was for the kids, who broke pinatas like I did as a kid in Mexico.

I asked an older woman who joined in with the singing what it means to keep the Posada tradition alive in New York. She said, "Life can be hard here, and monotonous, and there can be sadness and insecurity about our futures. This is a way in which we just bring alegria -- joy -- into people's homes."

In this holiday season, I will take the alegria from the streets of Spanish Harlem to heart.