Accessibility links
On A TV Near You: The Yule Log, Now In 3-D! The Yule Log has burned brightly on TV sets for years. This year, the digital Christmas tradition will be available in 3-D. 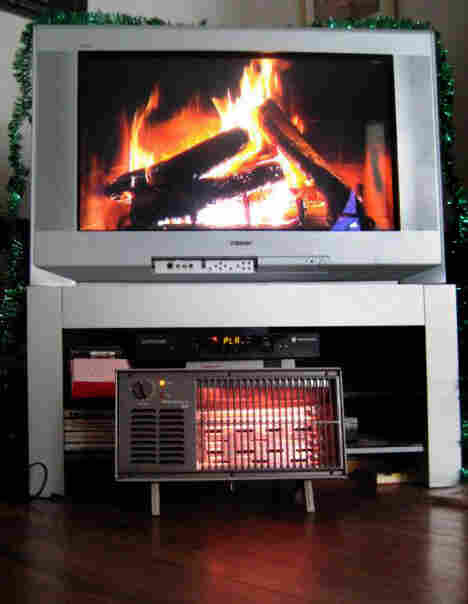 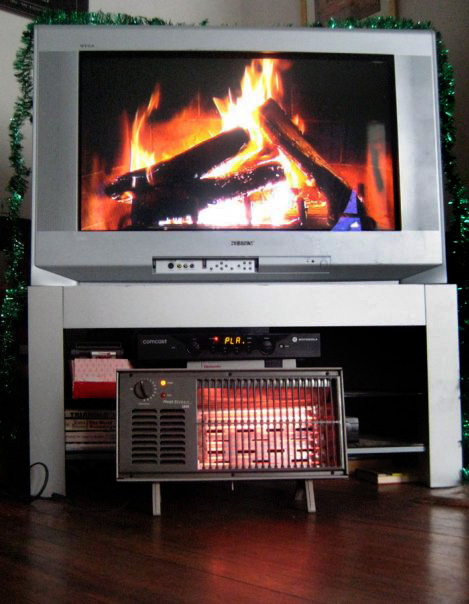 The Yule Log, a digital Christmas tradition, will be available in 3-D this year.

The televised Yule Log first appeared in 1966, when WPIX in New York needed something to fill the hour before a roller derby game. They shot a close-up of a glowing fireplace in Gracie Mansion, where Mayor John Lindsay lived, looped it and played it for three hours with holiday music.

The glowing log became a holiday tradition in a city of apartment dwellers who had no fireplaces.

The Yule Log was canceled in 1989, but was fanned back to life the Christmas following Sept. 11, 2001, when New Yorkers craved some familiar comforts.

Since then, video Yule Logs have been digitally remastered for high definition, but this year, a ceaselessly burning 3-D log -- that never quite burns down -- can be ordered on demand through cable companies. It's a calm background for otherwise bustling holiday dinner preparations.

Or, you could just send out for a pizza and watch the log while you hum "White Christmas" ...