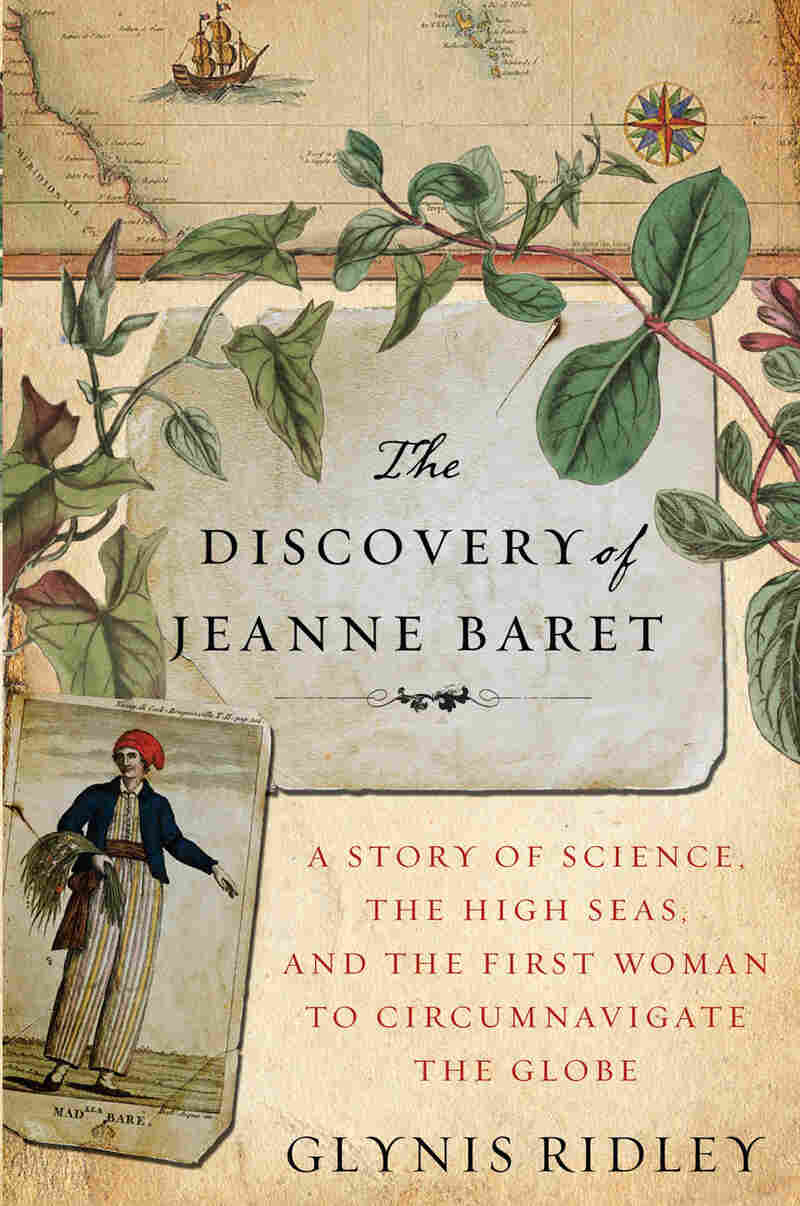 The Discovery of Jeanne Baret: A Story of Science, the High Seas, and the First Woman to Circumnavigate the Globe
By Glynis Ridley
Hardcover, 304 pages
Crown
List Price: $25

Jeanne Baret didn't set out to be the first woman to circumnavigate the globe. When she stepped onboard the Etoile in 1766, she was looking for plants.

Her lover, Philibert Commerson, was a well-known botanist at the time and had been selected to be part of French explorer Louis Antoine de Bougainville's round-the-world expedition from 1766-69.

Glynis Ridley, author of The Discovery of Jeanne Baret: A Story of Science, the High Seas, and the First Woman to Circumnavigate the Globe, says Baret would have been the obvious choice to serve as Commerson's assistant on the Etoile's journey, except for one thing.

"The couple formulated a plan for Baret to disguise herself as a young man [and] offer herself as his assistant on the dockside."

After Commerson "accepted" Baret into his service, the couple was able to keep their secret from the crew of over 100 men for some time. Baret's real identity was cruelly revealed, however. The commander of the expedition claims it happened when the Etoile landed on the island of Tahiti.

"Bougainville said that a group of Tahitian men surrounded Baret and immediately identified her as a woman," Ridley says. "Because she was worried about what might happen, she supposedly revealed her true identity so that her countrymen, the French, could save her from what she took to be an imminent sexual assault."

But after poring over the diaries of crew members, Ridley doesn't believe Bougainville's tale.

"That story is peculiar to Bougainville's journal," Ridley says. "In fact, three other members of the crew contradict this story and say that Baret was, in fact, brutally exposed." According to the other journals, Baret was discovered and gang-raped by her crewmates in Papua New Guinea.

The Plant That Carried Her Name

Baret very likely discovered many plants on the expedition, Ridley says, most notably the bougainvillea plant, named for the Etoile's commander. The plant named after Baret, however, has since shed her name. 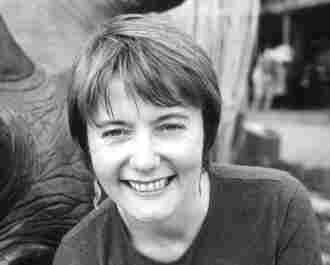 Commerson identified the plant while botanizing with Baret in Madagascar and named the genus Baretia.

"The thing about Baretia is that an individual plant may contain a contradictory set of leaves," Ridley says. "Some are oblong, some are rather more square, and some are fairly irregular."

"[Commerson] thought that this was a nice summation of Baret herself, since she united a lot of opposites," Ridley says. In addition to being a woman wearing man's clothes, "she was a working-class woman who traveled ... further than any aristocrat."

If you look up the genus Baretia today, however, you won't find much. The genus has been reclassified under the name Turraea. Ridley hopes her book might bring Baret's name back from the past.

"It would be wonderful if, as a result of the book, somebody wants to name something after Baret again," she says. "I think that would be a nice tribute."

Excerpt: 'The Discovery of Jeanne Baret' 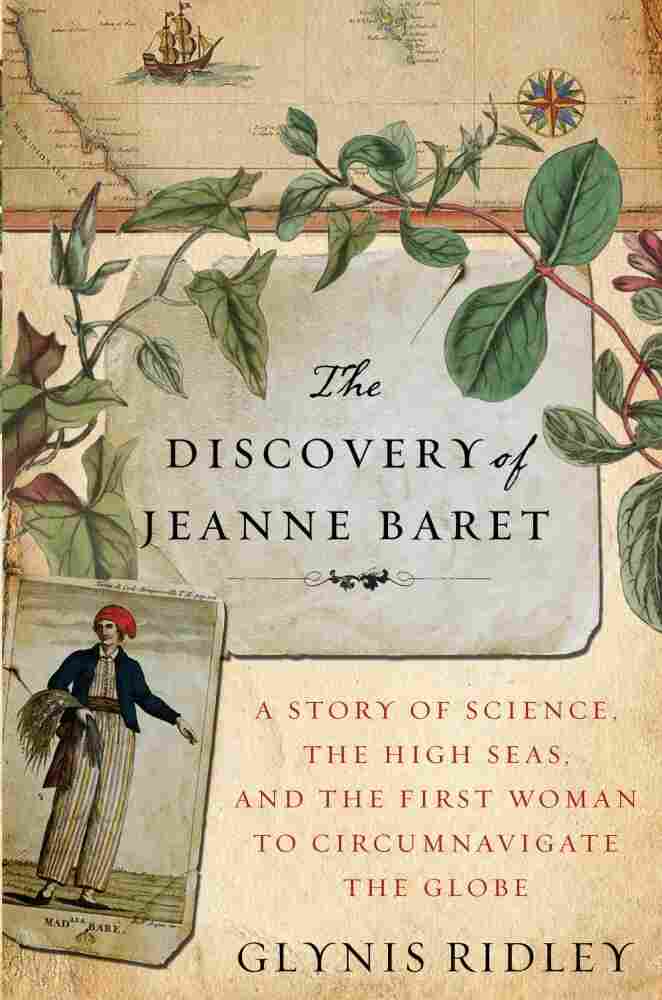 The Discovery of Jeanne Baret: A Story of Science, the High Seas, and the First Woman to Circumnavigate the Globe
By Glynis Ridley
Hardcover, 304 pages
Crown
List Price: $25

"A LIST OF MEDICINAL PLANTS"
The Botanist and the Herb Woman

This is an entry from local parish records kept in the town of Autun in France's Loire valley from the summer of 1740:

From the moment we are born we begin creating a paper trail. The only similarity between the infinite variety of those paper trails is their starting point in the same official document: a birth certificate that deals in simple facts. Jeanne Baret's life begins not with a standard factual record but with this story and, like all stories, it can tell us more than we might first imagine about its subject, the writer, and the circumstances in which they came together.

The unsteady handwriting and archaic spelling of the original suggest that the parish priest, Father Pierre, was old, and so his description of the child's godfather as being "a poil" (literally "nude") rather than "a Poil" (from the village of Poil) can be safely attributed to infirmity rather than mischievous creativity in the legal paperwork. Indeed, there was little for the priest to smile about as he contemplated the family's situation. Not only are there no signatures of any of the adults named in connection with Jeanne Baret's baptism, but the new father did not even place a cross against the record. What would be the point of such an action at a time when illiteracy rates were as high as 80 percent for men and 90 percent for women in this enclave of feudal culture, a place to which social commentators from across Enlightenment Europe flocked to gaze in horrified fascination at many of the last serfs in France?

Jeanne Baret's parents owned nothing, but they rose with the sun each morning to sell their labor for that day, their work changing with the seasonal cycle of sowing, tending, harvesting. Despite living in the middle of prime hunting and farming country, within walking distance of the vineyards for which the region is now famous, they starved through the winter when they could not work. As other regions of France traded local tyrannies for a more centralized exercise of the law, Burgundy continued under the immediate rule of local lords of the manor, or seigneurs, who were notorious for enforcing their property rights. The Barets' seigneur owned the collection of rotting wooden shacks where his workers slept, owned the land they worked, owned the produce they harvested. If his agents chose not to use a laborer on any given day, the man had no paid work. The modern reader might wonder why families such as the Barets did not simply move on, taking their most valuable commodity, their capacity for hard labor, to a place where conditions were better. But inertia is a powerful force and, prior to the Industrial Revolution in the nineteenth century, the average European country dweller never went more than twenty miles from home. Jeanne Baret's parents knew little of the wider world, even as its citizens periodically passed through the Loire valley, recording the wretched poverty of its laborers' lives.

One such observer, the great French military engineer Sebastien Le Prestre de Vauban, could hardly contain his incredulity at what the ordinary population endured, his description making it clear that the distance between farm laborer and farm horse was negligible: "They live on nothing but bread of mixed barley and oats, from which they do not even remove the bran, which means that the bread can sometimes be lifted by a straw sticking out of it. They . . . seldom drink wine, eat meat not three times a year . . . Add to this what they suffer from exposure: winter and summer, three- quarters of them are dressed in nothing but half- rotting tattered linen, and are shod throughout the year with clogs and no other covering for the feet. If one of them does have shoes he only wears them on saints' days and on Sundays." Against this background, it is sobering but unsurprising that those whom Vauban described, both men and women, would typically die in their mid to late twenties (twenty-six years was the average life expectancy of this class). But when the baby girl born to Jean Baret and Jeanne Pochard was twenty-six, she would be living in a fashionable Paris apartment, organizing papers and preparing natural specimens for the eminent but often unsystematic botanist Philibert Commerson. When Jeanne Baret was twenty-six, she would see Rio de Janeiro, sail through the Strait of Magellan, and stare at the waters of the Pacific Ocean stretching to the farthest blue horizon. What combination of circumstances allowed Baret to go beyond the confines of her parents' lives?

Baret's association with the botanist Philibert Commerson -- a relationship begun at some point in the early 1760s -- undeniably helped to raise her out of poverty. Whether attempting to explain Baret's literacy or her facility with arranging and caring for Commerson's scientific collections, previous writers have always maintained that Baret was very much Commerson's creation. But their assumption that Commerson swept Baret up into his affluent world because he was captivated by some combination of beauty and good nature on her part is as flawed as it is romantic. Even if Baret had been an extraordinary beauty as a child, she was born into a world where nothing childish could last, and where the backbreaking routine of grubbing for subsistence wages would have afforded little opportunity to meet a man of Commerson's class. (After all, Cinderella had to be made to look like a princess before others could see her as one.) Even supposing that Commerson was seduced by his first sight of the downtrodden Baret, an illiterate, uneducated day laborer would have held little long-term appeal. Given that Commerson had no hesitation in publicly correcting his university professors' errors in the middle of their lectures, his tolerance for those he considered less capable than himself might reasonably be seen as limited.

So what is the intersection between the world of the mid-eighteenth century Loire peasant and the gentleman scientist? Baret and Commerson came together at the meeting point between two views of the natural world: a folkloric, feminine tradition surrounding the medicinal properties of plants and the emerging field of taxonomy, which aimed to name and classify the natural world. Baret captured the attention of Commerson because she possessed botanic knowledge that lay well beyond the competence of his professors and mentors. She was an herb woman: one schooled in the largely oral tradition of the curative properties of plants. Herb women were for centuries the source of all raw materials to be prepared, mixed, and sold by male medical practitioners, and as botany crystallized as a science in the eighteenth century, a handful of male botanists did not think it beneath them to learn from these specialists. In this light, Baret was not Commerson's pupil, but his teacher.

From The Discovery of Jeanne Baret: A Story of Science, the High Seas, and the First Woman to Circumnavigate the Globe by Glynis Ridley. Copyright 2010 Glynis Ridley. Excerpted by permission of The Crown Publishing Group, a Division of Random House Inc. 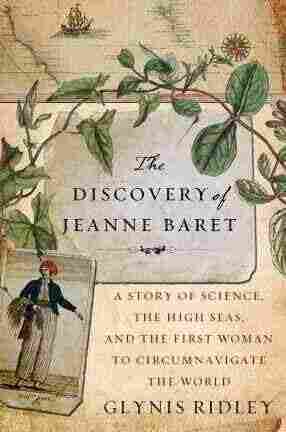 The Discovery of Jeanne Baret

A Story of Science, the High Seas, and the First Woman to Circumnavigate the Globe

Title
The Discovery of Jeanne Baret
Subtitle
A Story of Science, the High Seas, and the First Woman to Circumnavigate the Globe
Author
Glynis Ridley