Accessibility links
The Modern-Day Renaissance Man In Queen's Brian May After writing "We Will Rock You" and touring around the world as the lead guitarist in Queen, Brian May made an unusual career choice: He got his Ph.D. in astrophysics. May explains how Queen developed its distinctive sound and explains his fascination with stereoscopic photographs taken in the 1850s. 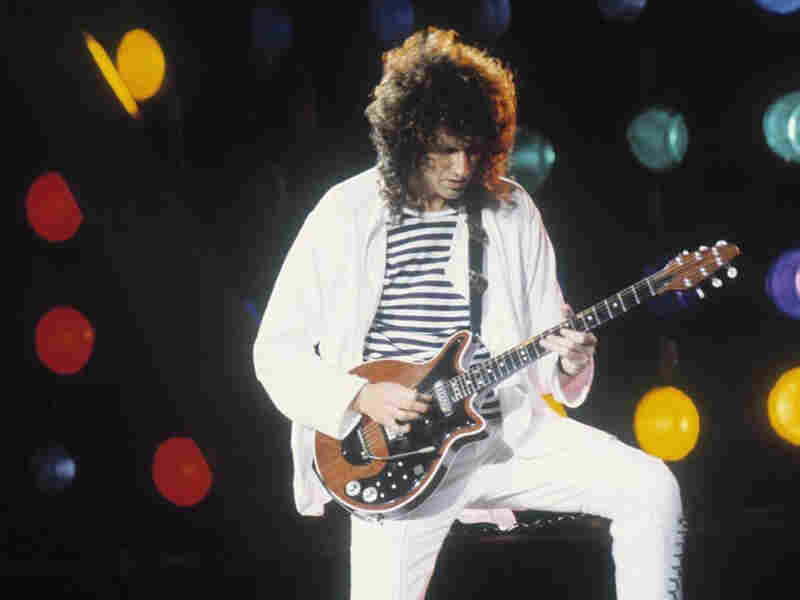 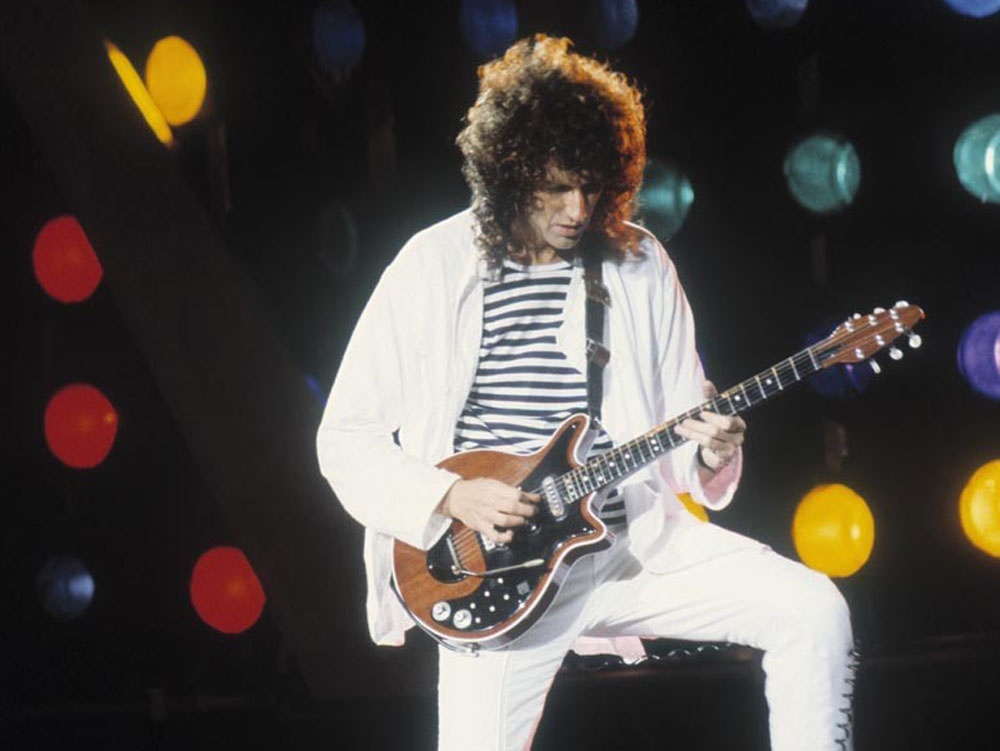 Brian May wrote "We Will Rock You," "I Want It All," "Fat Bottomed Girls" and "Tie Your Mother Down," among other Queen hits.

This week on Fresh Air, we're marking the year's end by revisiting some of the most memorable conversations we've had in 2010. This interview was originally broadcast on August 3, 2010.

Brian May, the lead guitarist in the British glam-rock band Queen, is a modern-day renaissance man.

Eighteen of his albums with Queen have topped the charts, selling more than 300 million copies worldwide. May, who played the guitar solo in "We Are the Champions," also sang the bass parts in Queen's rock opera "Bohemian Rhapsody" and penned the classic anthem "We Will Rock You." He's on Rolling Stone's list of the Top 100 guitarists ever.

But May's interests aren't limited to the rock world. Before Queen made it big, May was studying astrophysics at Imperial College in London. He gave it up to hit the road with Queen, but his background in physics helped the band in the recording studio: In "We Will Rock You," for example, he designed the sound of the famous "stomp stomp clap" section -- in order to make it sound like thousands of people were stomping and clapping -- based on his knowledge of sound waves and distances. (A more detailed explanation exists in interview highlights below, but he constructed the stomps based on a series of distances based on prime numbers.)

He tells Fresh Air host Terry Gross that ironically, that famous "stomp-clap thing" in "We Will Rock You" wasn't even included in the original song. May explains that he got the idea after a particularly animated Queen show at Bingley Hall near Birmingham, England.

"The audience was responding hugely, and they were singing along with everything we did," he says. "I remember talking to [lead singer] Freddie Mercury about it. And I said, 'Obviously, we can no longer fight this. This has to be something which is part of our show and we have to embrace it, the fact that people want to participate -- and, in fact, everything becomes a two-way process now. And we sort of looked at each other and went, 'Hmm. How interesting.' "

May went home that night and says he woke up the next morning with the "stomp stomp clap" line in his head.

"I was thinking, 'What can you give an audience that they could do while they're standing there? They can stamp and they can clap and they can sing some kind of chant,' " he says. "To me, it was a united thing. It was an expression of strength."

In 2007, May earned a doctorate from Imperial after completing his dissertation on interplanetary dust. His book on the subject, Bang! The Complete History of the Universe, was released in 2006.

May tells Terry Gross that, while traveling the world with Queen, he would often stop in antique stores on the road to look for stereoscopic photographs. His interest in the early 3-D photographs led to the publication of a second book, A Village Lost and Found, which depicts life in a small English village at the beginning of the 1850s.

On Writing 'We Will Rock You'

"I was thinking of it more as a rock anthem and a means of uniting an audience ... enjoying the fact that an audience is united. I didn't realize that it would translate to sports games. This is an amazing thing. It's wonderful for me to see what "We Will Rock You" has done. 'We Will Rock You' and 'We Are the Champions' have kind of transcended the normal framework of where music is listened to and appreciated -- they've become part of public life, which I feel wonderful about. It's fantastic to me, if I go to a football game or a soccer game or basketball or whatever -- or any place all around the world -- and there it is. And I think, 'My God. Most people don't even realize that I wrote it.' Most people don't realize that it was written. It's sort of become one of those things that people think was always there. So in a way, that's the best compliment you could have for the song."

On The 'Stomp-Stomp-Clap' Section Of 'We Will Rock You'

"I had this idea that, if we did it enough times and we didn't use any reverb or anything, that I could build a sound that would work. We were very lucky -- we were working in an old, disused church in North London, and it already had a nice sound. And there were some old boards lying around, but they just seemed ideal to stamp on. So we piled them up and started stamping. And they sounded great anyway. But being a physicist, I said, 'Suppose there were 1,000 people doing this; what would be happening?' And I thought, 'Well, you would be hearing them stamping. You would also be hearing a little bit of an effect, which is due to the distance that they are from you.' So I put lots of individual repeats on them. Not an echo but a single repeat at various distances. And the distances were all prime numbers. Now, much later on, people designed a machine to do this. But that's what we did. When we recorded each track, we put a delay of a certain length on it. And none of the delays were harmonically related. So there's no echo on it whatsoever, but the clapped sound -- they spread around the stereo, but they also kind of spread from a distance from you -- so you just feel like you're in the middle of a large number of people stamping and clapping."

"This is Freddie's great baby and, yes, we all contributed to the way it developed in the studio, but really, it was so much constructed in his head before he ever stopped in there. It's an amazing thing. ... An amazing creation and quite unique."

"I think it was an undiscussed thing for a long time. The truth of the matter is nobody should care. Why should anyone care what sexual persuasion people have? It's about the music, and Freddie would have been the first to say that. He never hid the fact that he was turned on by men instead of by women, but strange enough, I don't think it was always the case. Because in the early days, we used to share rooms. So in the early days, I know who Freddie slept with, and they weren't men, but I think it gradually changed. And I have no idea how these things work, but it wasn't really anybody's business but his, and we never talked about it as if it were important. Why should it be important? We just made music together."

On His Physics Dissertation

"It's a study of dust. As simple as that. Dust, in this case, in the solar system. We're actually surrounded by it. The earth moves through a cloud of dust constantly and a lot of it comes down to Earth. My experiment was trying to figure out the motion of that dust. Where it's going, what it's doing, where it came from and what it means in terms of the creation of the solar system."

Queen's Brian May Rocks an Astrophysics Rhapsody May 8, 2008