Accessibility links
Youssou N'Dour: The Voice Of Senegal Ever since he burst onto the scene in Dakar, Senegal, in the early 1970s at age 12, Youssou N'Dour has been a sensation -- a musical chameleon capable of a seductive whisper or a siren's cry. 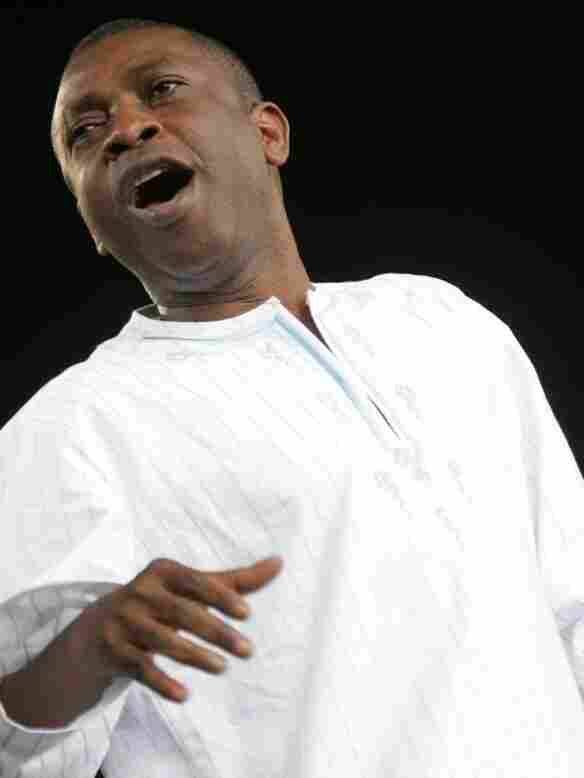 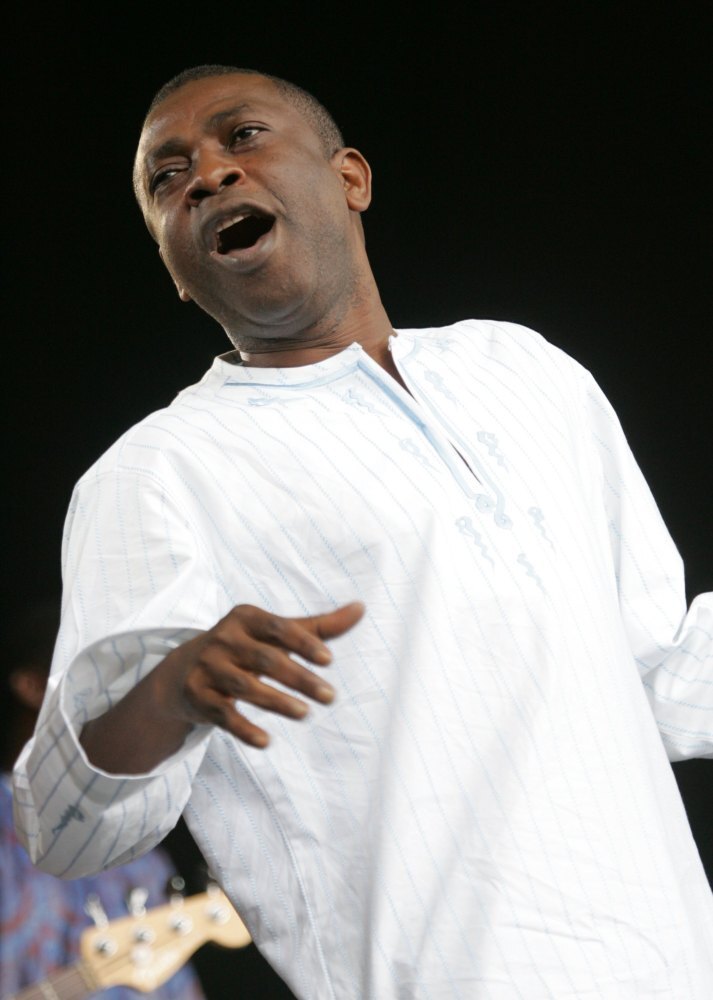 Ever since he burst onto the scene in Dakar, Senegal, in the early 1970s at age 12, Youssou N'Dour has been a sensation -- a musical chameleon capable of a seductive whisper or a siren's cry. Today, N'Dour runs a nightclub, a record label and a television station. He's even rumored to be a future candidate for president of Senegal.

Most people's first blast of N'Dour came in 1986, with the song "In Your Eyes" by Peter Gabriel. But for the Senegalese, N'Dour was already a superstar. Latin music was the rage there when N'Dour's first band, Etoile de Dakar, released "Thiely." In it, the 20-year-old N'Dour sings the lead vocal, comparing his lover to a free bird: beautiful but elusive.

The now-iconic voice is all there -- elastic, fluid, rich and loaded with personality. Beyond that, Etoiles de Dakar's percussion-driven sound lays out a blueprint for the future of Senegalese music. A new style, mbalax, was on the rise. Rooted in local African rhythms, mbalax would allow N'Dour's voice to soar with a whole new freedom.

Over the years, Youssou N'Dour's sound has shape-shifted to accommodate soul, funk, progressive rock, reggae and even religious Islamic music. It hasn't always been a smooth ride, but N'Dour has remained without question Senegal's most beloved singer.

"Immigres" sent a message to Senegalese immigrants struggling in Europe, telling them they could always come home. It's a message N'Dour has lived up to: While other African stars have opted for comfortable lives in foreign cities, especially Paris, N'Dour has kept his base in Dakar. And when he did get his international break, he sidestepped Paris and set course for London and an alliance with Peter Gabriel.

N'Dour's art-rock phase proved disappointing, exciting neither his home crowd nor his growing international audience. But he bounced back with a million-selling duet with Neneh Cherry, and he perfected the art of releasing mbalax albums for the Senegalese and more experimental works for the rest of the world.

Placating such different audiences has proved tricky. N'Dour's religious album, Egypt, was at first poorly received in Senegal. Islamic leaders took offense, and the public seemed to want him to keep his beats on the dance floor. But when Egypt won a Grammy, N'Dour came out a hero.

That sort of pivot is characteristic: N'Dour's ability to morph from soul man to sage, from sharp-elbowed entrepreneur to potential politician has no parallel in modern African music. But it does lead some to wonder who Youssou N'Dour really is. That mystery, along with N'Dour's ever-fabulous voice, ultimately works in his favor. Listeners in Africa and around the world keep coming back to find out what this brilliant musician will come up with next.