Accessibility links
2010's Best Metal And Outer Sound : All Songs Considered Hear a "looped liturgy for the apocalypse" and "fire coming out of the fog" in this conversation about the year's best metal, drone and outer sound. 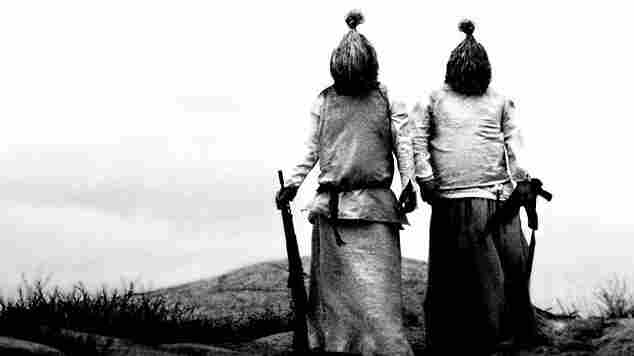 Enlarge this image
Courtesy of At a Loss Recordings 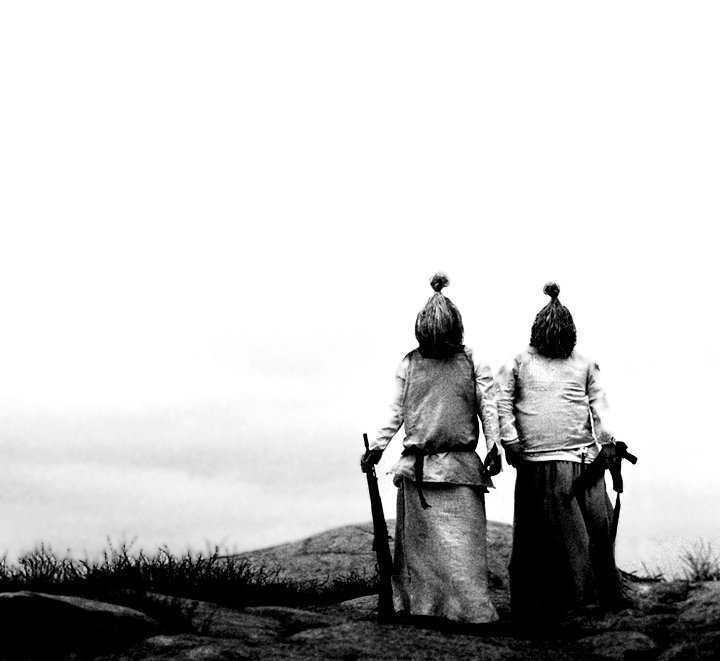 Courtesy of At a Loss Recordings

In the middle of recording their year-end conversation about metal, drone and outer sound on Dec. 17, NPR Music producer Lars Gotrich and All Songs Considered host Bob Boilen heard about the passing of Don Van Vliet, better known as Captain Beefheart. It seemed fitting, then, in the midst of progressive metal and meditative drone music, to pay a small tribute to the man who inspired many musicians to think "out."

Lars Gotrich's analog, year-end list-making technique has become more bloodthirsty this time around (now with video!). In this episode, then, it shouldn't be that surprising when he describes one album as a "looped liturgy for the apocalypse" and another as "fire coming out of the fog." But in the midst of all the heavy chaos, he still finds music that levitates.

Click here for more entries in our Best Music of 2010 series.

Viking's Choice: Metal And Drone In 2010 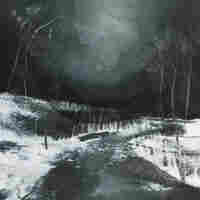 Into The Painted Grey

1. Agalloch, 'Marrow Of The Spirit'

The forest is a common inspiration for black metal, particularly for the Norwegians who defined the genre in the early '90s. That makes sense: It's a cold, mystical place marked by unknown darkness. For Agalloch, the forests of the Pacific Northwest represent all of those things, but they're also a force of healing. Still, Marrow of the Spirit is honest as it ends: After our spirits are renewed, we can return easily to misery. But, oh, the journey is worth the battle. The album's exhilarating and epic turns shred and pound as much they shriek and coo. It's the year's most stunning statement in metal. 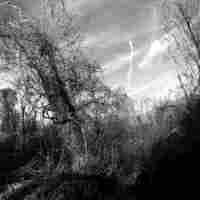 I Did Not Call Out

A Small Turn of Human Kindness is like one long, depressing joke. But as Harvey Milk albums tend to go, it's the longest the Athens, Ga., trio has gone without cracking up. From what I can gather, it's a story about a broken man and the potential for grace, but Creston Spiers wrangles every ugly memory out of his guitar and howls at every gaping wound in what might be the sludgy Southern rock band's most fulfilling album yet. 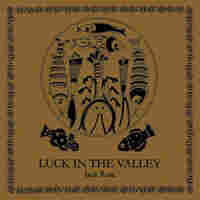 I never met Jack Rose and only saw him perform once, but I miss the hell out of him. It's been a little more than a year since the acoustic guitarist died at 38, but he left behind two final studio recordings: the saloon-rocking Ragged and Right EP and a most bittersweet bear-hug farewell, Luck in the Valley. It's hard for Luck in the Valley not to be a sentimental favorite, but Rose's songwriting has never been stronger or brighter. In between beautiful solo pieces, he downs whiskey in euphoric stomps with his backing band, the Blag Twig Pickers. 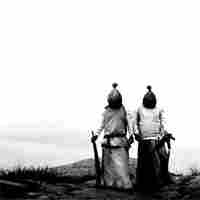 4. The Body, 'All The Waters Of The Earth Turn To Blood'

There's a great moment in "Empty Hearth" when, after 25 seconds of hypnotic chanting, the downbeat of a thundering drum and an incredibly low, distorted chord is met with the wild banshee yelling of guitarist Chip King. Just moments after hearing it, Bob Boilen said, "That person just levitated!" And so goes All the Waters of the Earth Turn to Blood, the most surreal doom-metal record of 2010. It's as if the noise-rock legends in Swans picked up reins and headed south, kidnapped a choir and traded moonshine with Harvey Milk and Godflesh along the way. The journey frequently threatens to derail, but The Body maintains the chaos, even as the duo (yes, only two people make this racket) instigates it. 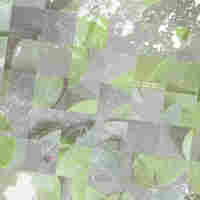 Breech On The Bowstring

If the names Tim Hecker and Philip Jeck mean anything to you, you're probably already clicking the audio button to hear The Fun Years. Like those modern ambient masters, the two guys behind The Fun Years are meditative souls (albeit with a sense of humor in their album titles). Normally, derivative ambient albums wouldn't be enough to merit Top 10 status, but God Was Like, No is noteworthy not only for its melodic and thoughtful pieces, but also for its entire arc. It begins with delayed guitar effects and subtle turntable processing, but by the end of the album, it hits a glorious wall of noise.

God Was Like, No is available from Barge Recordings. 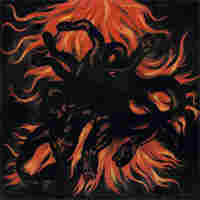 There are few black metal bands more brilliant and confounding than Deathspell Omega. Ending the French band's trilogy on religion (Lurker's Path has a good article on DO's philosophy), Paracletus is not nearly as mind-boggling as Si Monumentum Requires, Circumspice nor as musically blasphemous as Fas -- Ite, Maledicti, in Ignem Aeternum. In fact, of the three, Paracletus is the most straightforward, extending melodic sections over clustered Sonic Youth-like chords and avoiding the Bartokian interludes that made Fas all the more disconcerting. Of course, it's still plenty angular, playing out like a black-metal Dillinger Escape Plan in parts, but it's far prettier and the most grounded of the trilogy's previous entries. (Also, whoever decided to turn up the fuzz on the bass is a hero.) 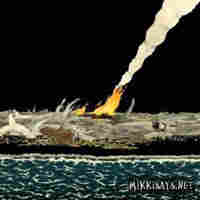 If you repeat a phrase or a sound long enough, it becomes a mantra or a fervent prayer. With that in mind, Courses is a looped liturgy for the apocalypse. Geneviéve Castrée sings in her native Quebecois-French, but offers English translations in the liner notes. Her meditations on violence, alienation, greed and pollution haunt subtle arrangements by Thierry Amar (Godspeed You! Black Emperor, A Silver Mt. Zion), soothing listeners while they wait for the end to come. 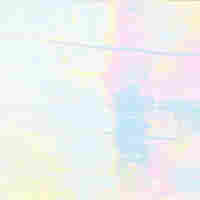 8. Jefre Cantu-Ledesma, 'Love Is A Stream'

For me, the best part of My Bloody Valentine's Loveless is the noise. There are pop songs beneath that beautifully distorted veneer, though, and Jefre Cantu-Ledesma (Tarentel, The Alps) threads Love Is a Stream's in-the-red waveforms into dreamy noise-pop miniatures. It's a blown-out bliss-out for Saturday morning's sun as it flickers through the blinds. For that sensation alone, I came back to Love Is a Stream more than any other record in 2010. 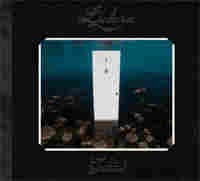 For the past two years, I've noted how Americans have created a new landscape for black metal. And while bands like Krallice, Absu, Averse Sefira and others make that case, it's not the point anymore. What these bands do is beyond the trappings of its Norwegian origins -- and, as Cosmo Lee at Invisible Oranges argues, isn't necessarily "real black metal." Ludicra knows its blackened influences, but sets them in its hometown of San Francisco. Not the affluent, trolly-riding San Fran, mind you, but the dregs of an urban society that's lost purpose. Those themes come through in production where every sound is faithful to its instrument and embedded in the progressive structure of these shrieking and heartfelt songs. 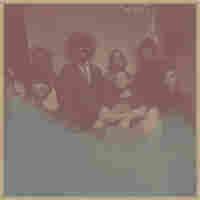 I Can Live Forever If I Slowly Die

Let's get this full-disclosure business out of the way: I've released an LP by by Chris Schlarb's drone-jazz duo, I Heart Lung, performed live with him, and dunked our sorrows (read: off-brand Oreos) in milk after an unnamed club canceled an I Heart Lung show without telling anyone. Now that that's done, I'm going to steal a (para)phrase from Carrie Brownstein in the Year in Review show: Any year that a Chris Schlarb record comes out is a better year for music. His music just never fails to strike a spiritual chord in me. Schlarb somehow takes his long list of contributors (everyone from Philip Glass Ensemble pianist Mick Rossi and vocalist Julianna Barwick to trumpeter Kris Tiner and Minutemen bassist Mike Watt) and finds peace in musical exploration. In its wordless pastoral journey, Psychic Temple is boundary-less.