Accessibility links
In Saramago's 'Blindness,' A Vision Of Human Nature Jose Saramago tells the grim tale of a city devastated by an epidemic of blindness. Myla Goldberg says Saramago vividly illustrates disaster's potential to bring out both the best and the worst in people. 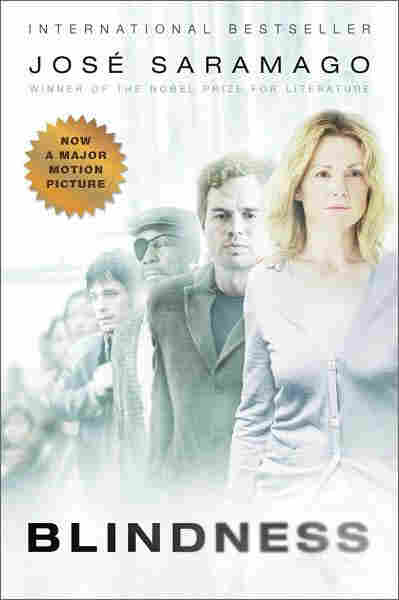 I am not a person who re-reads books. The world is too large, and life too short. A book re-read steals time away from a new book I have yet to discover, a book that on my death bed will have gone unread. So, when I tell you that I have read Blindness, by Jose Saramago, three times, you will know how serious I am about it. Three times is two times more than I've ever voluntarily read any other book in my adult life.

My favorite books are serious, but with a sense of humor, philosophical without being pedantic, and slightly fantastical without being silly. On top of that, they've got to be smart, insightful, honest and beautifully written. In Blindness, we learn that an epidemic of blindness is sweeping through a city, and from that premise, Saramago tackles all of human nature — love, loyalty, fear, jealousy, bravery, heroism, cowardice, violence, happiness, disappointment — it's all in there, revealed through characters so beautifully rendered, so vibrant on the page, that each time I read it, I immediately join Saramago's sightless band, tossed together by circumstance first into a chaotic quarantine center for the newly blind, and then loosed into a world that has fallen apart.

Saramago describes disaster's potential to bring out both the best and worst of people, from the misguided actions of the city government, to the clear-headed ministrations of a blinded doctor and the bravery of his sighted wife, who has feigned blindness in order to stay by his side when the blind are shut away from the seeing world. 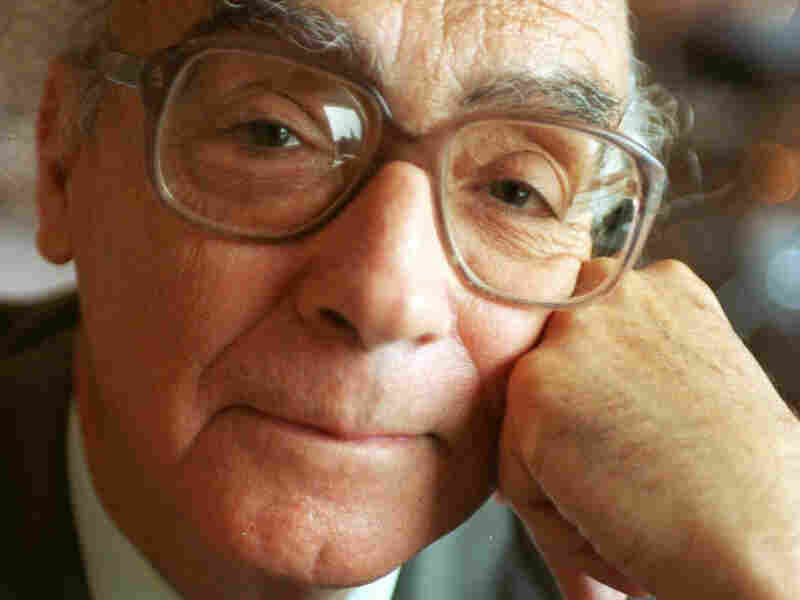 Saramago was the first Portuguese writer to win the Nobel Prize for Literature. He died in June at age 87. Bengt Eurenius/AP hide caption 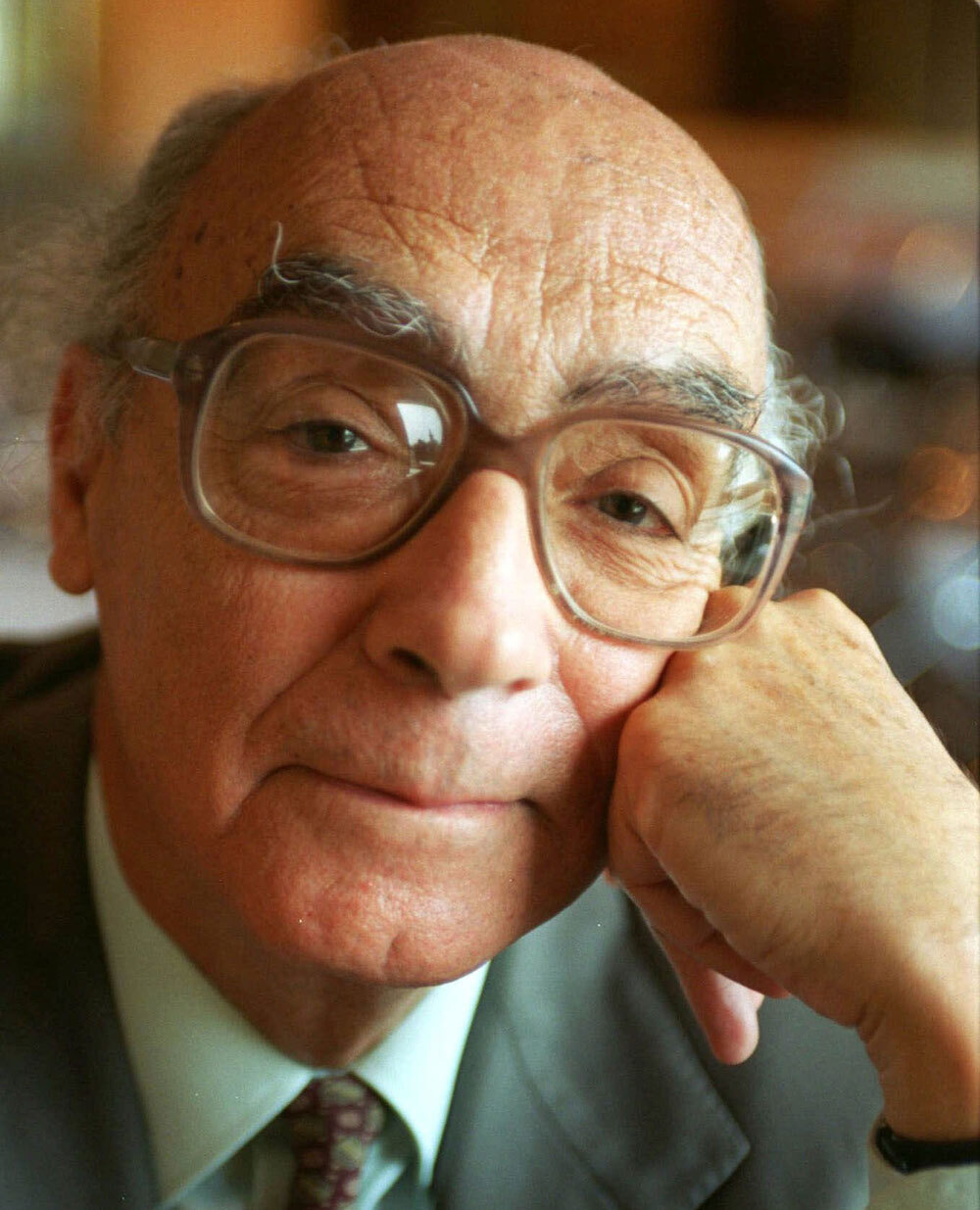 Saramago was the first Portuguese writer to win the Nobel Prize for Literature. He died in June at age 87.

In 2005, when I heard the horror stories that were coming out of New Orleans' Superdome in the wake of Hurricane Katrina, it was chilling how closely they matched the experiences of Saramago's quarantined characters, but it was also thrilling: Here was a writer who had gotten it right, who had nailed human nature so precisely that the real world was mirroring what his imagination had conjured, under slightly different circumstances, years before.

OK, so maybe the book is a little dark — all right, more than a little dark — but it's also a rollicking adventure story, and a love story, and a story of triumph over adversity. Saramago tells his tale with humor and compassion, and with an imagination that is boundless enough to conjure an impossible epidemic without losing sight of the exigencies of actual life, achieving that rare blend of magic and reality in which the fantastical allows us to see our own world more clearly, from a perspective that brings out details we might not have otherwise considered. 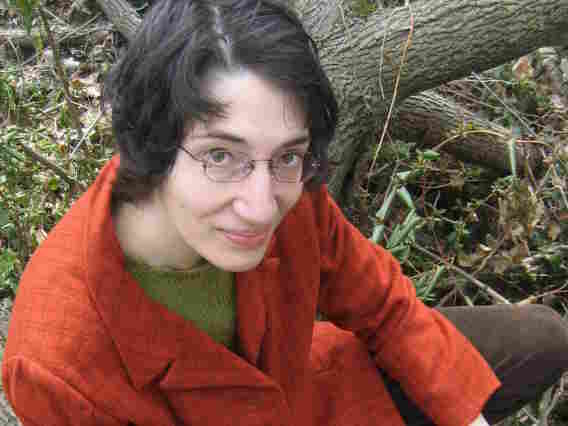 Myla Goldberg is the author of Bee Season and The False Friend. Jason Little hide caption 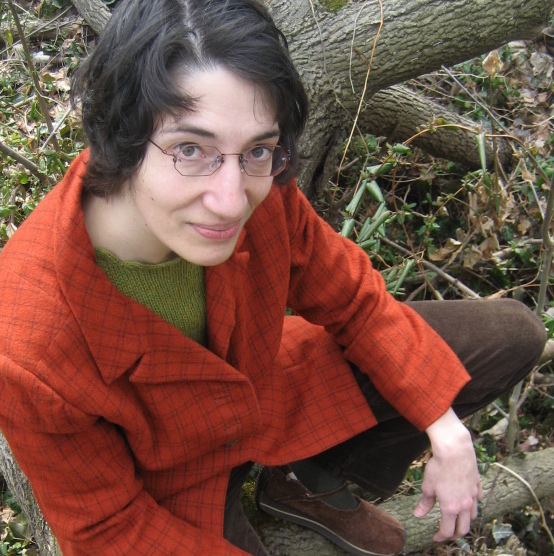 Myla Goldberg is the author of Bee Season and The False Friend.

Plus, there's a happy ending, and not a cheesy happy ending, but an uplifting one that is wholly earned. Blindness expanded my own vision of humanity, and of fiction's potential. Just saying all this makes me want to sit down and read it again.

The amber light came on. Two of the cars ahead accelerated before the red light appeared. At the pedestrian crossing the sign of a green man lit up. The people who were waiting began to cross the road, stepping on the white stripes painted on the black surface of the asphalt, there is nothing less like a zebra, however, that is what it is called. The motorists kept an impatient foot on the clutch, leaving their cars at the ready, advancing, retreating like nervous horses that can sense the whiplash about to be inflicted. The pedestrians have just finished crossing but the sign allowing the cars to go will be delayed for some seconds, some people maintain that this delay, while apparently so insignificant, has only to be multiplied by the thousands of traffic lights that exist in the city and by the successive changes of their three colours to produce one of the most serious causes of traffic jams or bottlenecks, to use the more current term.

The green light came on at last, the cars moved off briskly, but then it became clear that not all of them were equally quick off the mark. The car at the head of the middle lane has stopped, there must be some mechanical fault, a loose accelerator pedal, a gear lever that has stuck, problem with the suspension, jammed brakes, breakdown in the electric circuit, unless he has simply run out of gas, it would not be the first time such a thing has happened. The next group of pedestrians to gather at the crossing see the driver of the stationary car wave his arms behind the windshield, while the cars behind him frantically sound their horns. Some drivers have already got out of their cars, prepared to push the stranded vehicle to a spot where it will not hold up the traffic, they beat furiously on the closed windows, the man inside turns his head in their direction, first to one side then the other, he is clearly shouting something, to judge by the movements of his mouth he appears to be repeating some words, not one word but three, as turns out to be the case when someone finally manages to open the door, I am blind.

Who would have believed it. Seen merely at a glance, the man's eyes seem healthy, the iris looks bright, luminous, the sclera white, as compact as porcelain. The eyes wide open, the wrinkled skin of the face, his eyebrows suddenly screwed up, all this, as anyone can see, signifies that he is distraught with anguish. With a rapid movement, what was in sight has disappeared behind the man's clenched fists, as if he were still trying to retain inside his mind the final image captured, a round red light at the traffic lights. I am blind, I am blind, he repeated in despair as they helped him to get out of the car, and the tears welling up made those eyes which he claimed were dead, shine even more. These things happen, it will pass you'll see, sometimes it's nerves, said a woman. The lights had already changed again, some inquisitive passersby had gathered around the group, and the drivers further back who did not know what was going on, protested at what they thought was some common accident, a smashed headlight, a dented fender, nothing to justify this upheaval, Call the police, they shouted and get that old wreck out of the way. The blind man pleaded, Please, will someone take me home. The woman who had suggested a case of nerves was of the opinion that an ambulance should be summoned to transport the poor man to the hospital, but the blind man refused to hear of it, quite unnecessary, all he wanted was that someone might accompany him to the entrance of the building where he lived. It's close by and you could do me no greater favour. And what about the car, asked someone. Another voice replied, The key is in the ignition, drive the car on to the pavement. No need, intervened a third voice, I'll take charge of the car and accompany this man home. There were murmurs of approval. The blind man felt himself being taken by the arm, Come, come with me, the same voice was saying to him. They eased him into the front passenger seat, and secured the safety belt. I can't see, I can't see, he murmured, still weeping. Tell me where you live, the man asked him. Through the car windows voracious faces spied, avid for some news. The blind man raised his hands to his eyes and gestured, Nothing, it's as if I were caught in a mist or had fallen into a milky sea. But blindness isn't like that, said the other fellow, they say that blindness is black, Well I see everything white, That little woman was probably right, it could be a matter of nerves, nerves are the very devil, No need to talk to me about it, it's a disaster, yes a disaster, Tell me where you live please, and at the same time the engine started up. Faltering, as if his lack of sight had weakened his memory, the blind man gave his address, then he said, I have no words to thank you, and the other replied, Now then, don't give it another thought, today it's your turn, tomorrow it will be mine, we never know what might lie in store for us, You're right, who would have thought, when I left the house this morning, that something as dreadful as this was about to happen. He was puzzled that they should still be at a standstill, Why aren't we moving, he asked, The light is on red, replied the other. From now on he would no longer know when the light was red.