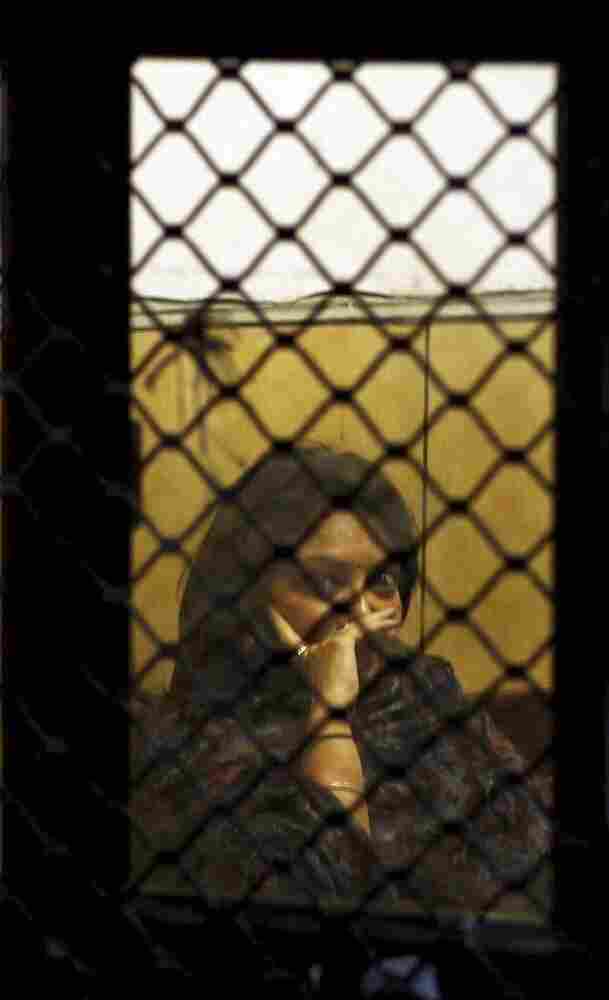 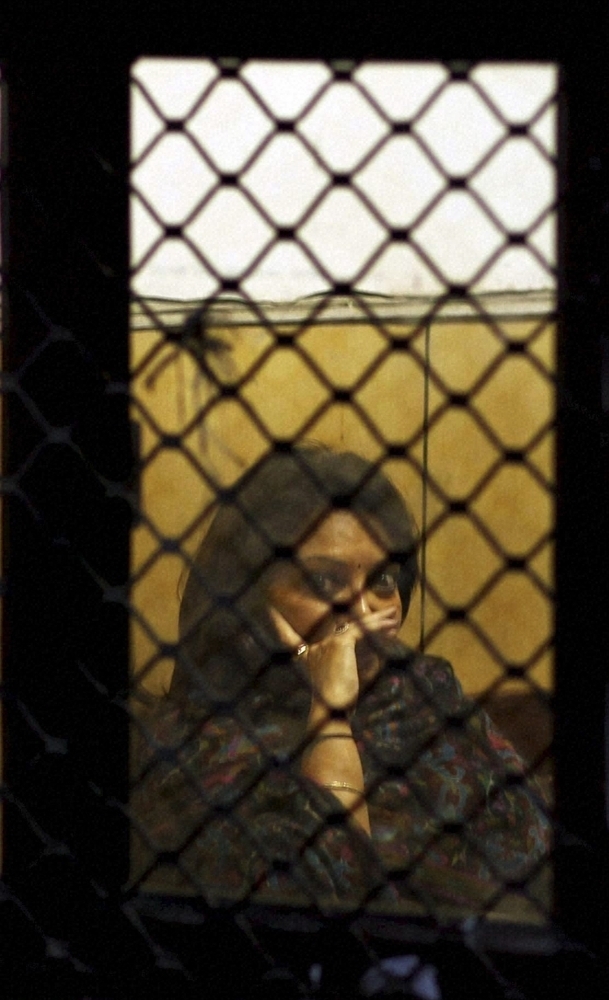 Lobbyist Niira Radia was questioned by the government in New Delhi in November. India's income tax department had tapped her phone, looking for evidence of alleged tax evasion and money laundering. She denies wrongdoing.

A couple of months ago, India was riding high. Its economy came through the worldwide recession with growth at 8 1/2 percent.

Yet today, India's government is mired in a series of costly scandals, its parliament is gridlocked, and business leaders fret that foreign investment will fall.

Some analysts say India's surge in growth exposed conflicts and contradictions that have haunted the country since it won independence.

The scandals have been brewing for years, but they erupted in the past two months with the leak of a series of wiretapped phone calls.

One call that raised a lot of eyebrows showed Radia trying to convince a fellow power broker to help get a former telecommunications minister restored to his post despite allegations of corruption against him.

"Can he be put somewhere other than telecom?" the man asks.

That minister, Andimuthu Raja, later resigned amid charges that he had allocated lucrative cell phone licenses to well-connected companies at yard-sale prices.

The alleged under-pricing may have cost the Indian government as much as $40 billion in potential revenue. Both Raja and Radia deny any wrongdoing.

Is India An Oligarchy?

What the tapes seemed to reveal was a web of influence with Radia at the center, making deals among business tycoons, top politicians and journalists.

Saikat Datta is an assistant editor at Outlook, a weekly newsmagazine that has put some of the leaked tapes on its website. He says the tapes reveal that the country that prides itself on being the world's largest democracy is really ruled by a small coterie of powerful people.

Datta says that ultimately, the problem stems from the fact that, after independence in 1947, the Indian state never attempted land reform, leaving the country's wealth in the hands of the same people who'd always held it -- and still do.

Eswar Prasad, an economist at Cornell University who has followed the scandals, says the growth in the scale and scope of corruption has a lot to do with India's move toward a free-market economy after many decades of government control.

"In the process of shifting from a government-led economy to a private sector-led economy," Prasad says, "the opportunities for graft were enormous, because those who were politically well-connected could most benefit from the private-sector expansion."

The Need For Transparency

Prasad likens India to Russia after the fall of the Soviet Union, when state-owned enterprises were sold cheaply to plugged-in businessmen who became billionaires.

He notes that India will privatize more industries in the years to come, and warns that the losses could be huge if the country fails to adopt clear rules and transparent processes.

Journalist and historian Prem Shankar Jha says the convergence of money and political power in India stems from a problem that's also fiercely debated in the United States: "The lack of any system for financing elections."

Jha says that wealthy donors seeking influence don't have to support political parties. They found they could spend their money on people who already held public office

"That is the cronyism which has now been exposed," Jha says.

Jha says he's not necessarily optimistic that this exposure will lead to immediate reforms. He says he thinks the public will have to undergo more scandals and more shocks before enough outrage builds up to change the system.

"What you see here is a middle-class revolt," Jha says. "It's coming from the fact that the Indian middle class feels that it can be first rate. And everything which stands in the way, which makes them look bad, or which stands in the way of efficiency -- and corruption does both -- is something that'll now be attacked."

The next development, he suggests, is that India is now growing a strong enough middle class to eventually give power to outrage.