Accessibility links
G-Side: Dreaming Of A Practical Life In "NatGeo," the inventive Alabama hip-hop duo works with a Norwegian, employs waves of New Agey chords and fantasizes about making real-life money — enough to buy a nice imported car, not a Murcielago.

G-Side: Dreaming Of A Practical Life 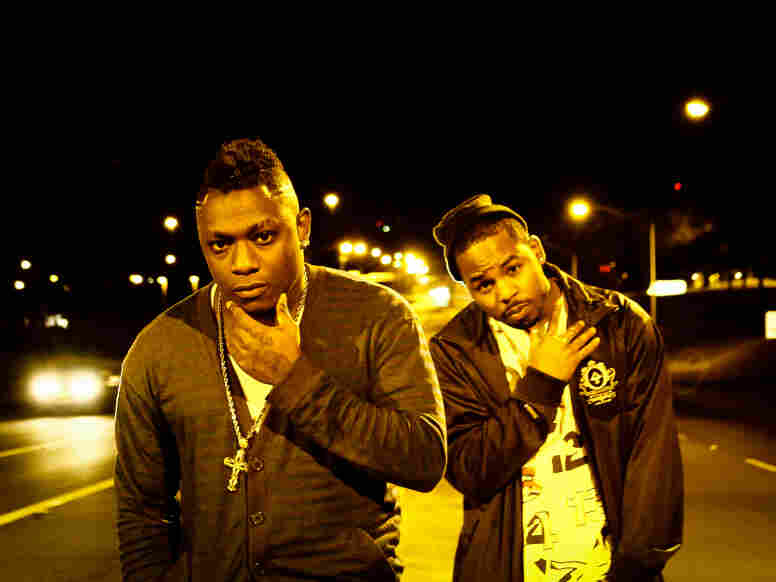 In "NatGeo," the inventive Alabama hip-hop duo G-Side works with a Norwegian and rhymes over Enya samples. Renalda "R-Dot" Douglas/Courtesy of the artist hide caption 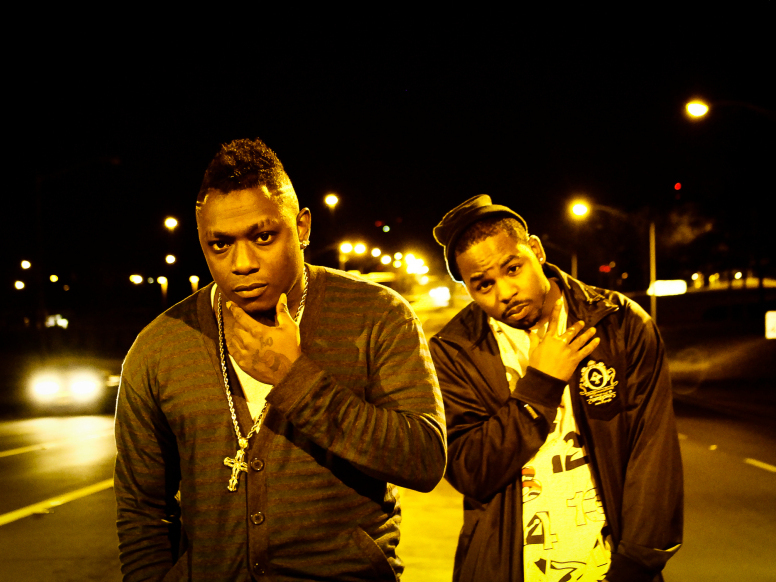 In "NatGeo," the inventive Alabama hip-hop duo G-Side works with a Norwegian and rhymes over Enya samples.

CD: One ... The Cohesive Album

This album will be available starting 1/1/11 at G-Side's web site.

Though Huntsville, Ala.'s G-Side is nominally a duo, it's been working with production team the Block Beattaz for so long — and to such great effect — that it makes sense to think of it as a quartet. It's essentially the traditional hip-hop pairing of MC and DJ, but doubled.

In "NatGeo," the first track from One ... The Cohesive Album, the sounds start to stack up almost immediately: The bass-drum thuds are cold, without much reverberation. The handclaps come in crisp and clean, and even the sounds of chirping birds don't linger. Trademark Block Beattaz waves of New-Agey chords roll in and a chorus of children jump on, at which point more and more and more piles up. The bass gets wetter. And then Norwegian Chris Lee (whom G-Side met when Lee opened for the group in Oslo, Norway) slides in to sing the hook: "I'm dreamin' with my eyes wide open."

That's G-Side — that group from Huntsville that works with Norwegians and rhymes over Enya samples. It's also the group that mines its own daily lives for material. In "NatGeo," ST raps about being terrified to have kids, partly because "the world is crazy and I don't want to go through the s-- my moms did," but also because, he says, he's selfish. G-Side and manager Codie G (that's him talking about the group's web strategy at the end of the track) are building an industry in their town, but instead of rhyming about counting cash, Clova brags, "Huntsville's starting to feel like a mini Memphis."

Rapping well is often about pronouncing the wittiest putdown; about figuring out the sharpest, cleverest and most unexpected way to show off. To say, "I'm better at this than you are." But the bragging in "NatGeo" isn't about disposable income, outfits and women, the way so many people think the bragging in commercial rap is. Yes, Clova says, "When I was in school, they used to call me a daydreamer / Actuality turned a dream into a Beemer." But when G-Side dreams, it dreams practically. Its members fantasize about making real-life money — enough to buy a nice imported car, not a Murcielago.