Accessibility links
Closing Bell: Will Optimism For Stocks Return? The stock market is ending 2010 on an up note, and investors are slowly growing more hopeful about the economy. But wild swings in the market over the past few years, coupled with high unemployment in the U.S. and a banking crisis in Europe, have left investors cautious. 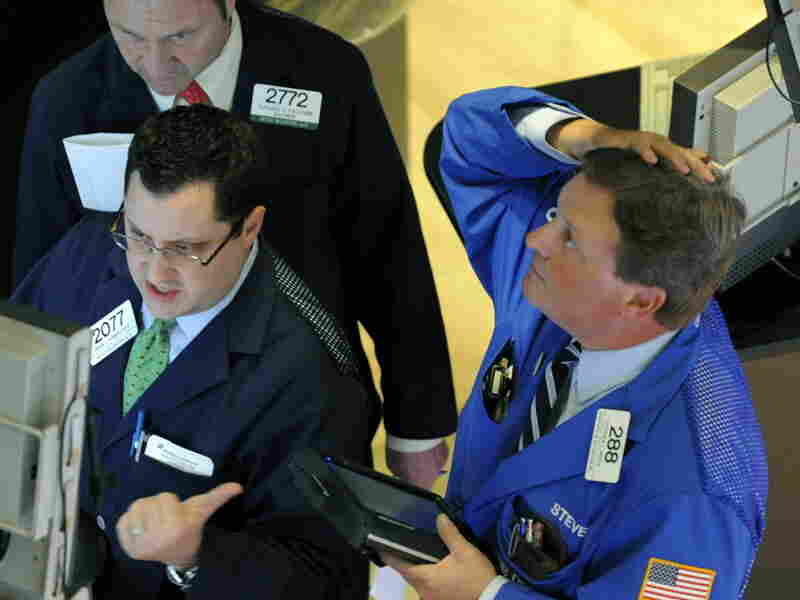 A trader on the floor of the New York Stock Exchange looks at stocks during the final minutes of trading on May 6. The Dow fell more than 600 points in a few minutes in what became known as the "flash crash." Timothy A. Clary/AFP/Getty Images hide caption 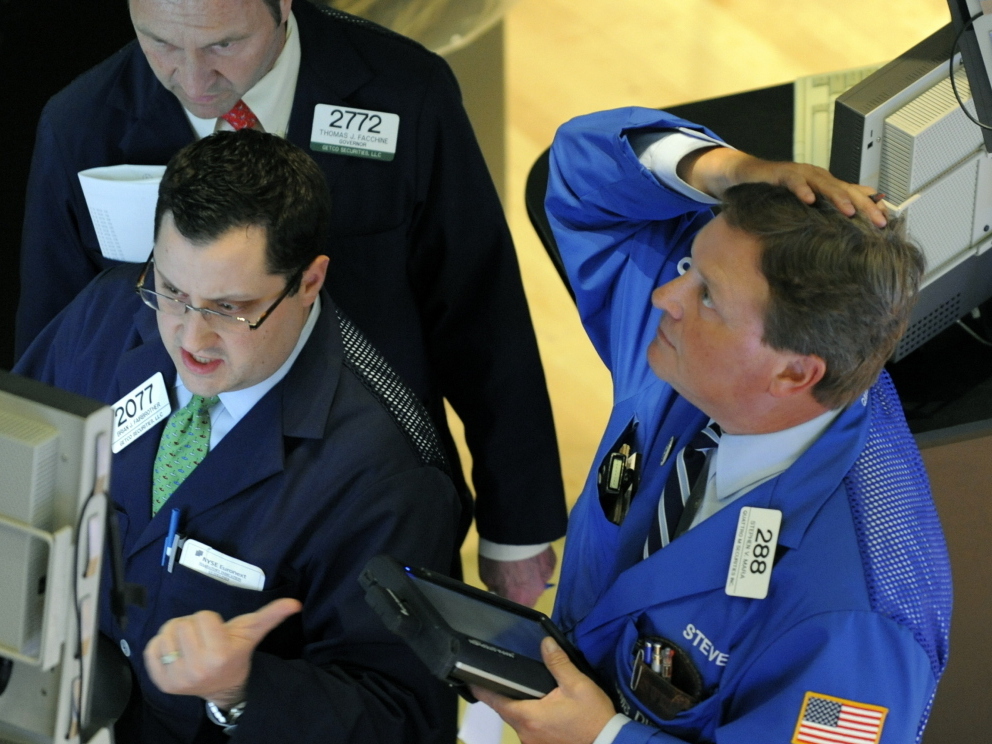 A trader on the floor of the New York Stock Exchange looks at stocks during the final minutes of trading on May 6. The Dow fell more than 600 points in a few minutes in what became known as the "flash crash."

The stock market is ending 2010 on an up note, and investors are slowly growing more hopeful about the economy.

Still, it wasn't always so easy to sustain that optimism. A weak job market and a banking crisis in Europe left a lot of investors quivering this year.

Liz Ann Sonders, the chief investment strategist at Charles Schwab, has been looking on the bright side for a long time, and she has been seeing signs of a turnaround.

"In the spring of 2009, I felt very strongly that I had to apologize for optimism, because it was certainly not a very popular position to have," she says.

Even though the economy was flat on its back, Sonders was urging investors to stay the course. In order to make big money in the market, she advised investors to enter the market when most people were feeling scared -- when no one could see the recovery coming.

A Debt Crisis For Greece, Ireland And Portugal

This year Sonders had her optimism tested again: For the first few months of the year, stocks did well. Then everything changed when violence erupted on the streets of Athens over Greece's financial woes.

Greece, Ireland and Portugal were among the countries that had borrowed heavily during the boom and were having trouble paying their debts.

A lot of big banks had lent money to these countries, and for a time it seemed like the second wave of the banking crisis that had brought down Lehman Brothers.

"The fear was that if one of these sovereign countries was to default, the banking system in Europe and the banking system around the world would take it on the chin again," says David Kelly, the chief market strategist for J.P. Morgan Funds.

The Impact Of The 'Flash Crash'

On May 6, in the middle of the crisis, came the "flash crash" when the Dow fell more than 600 points in a few minutes. It was the kind of event that seared itself into the nervous systems of traders.

The flash crash would later be blamed on an unusual trade by a mutual fund company that set off a fierce round of computer-driven selling. The market rebounded as quickly as it fell. And soon European governments organized a bailout that eased the banking crisis, Kelly says.

"I think that really reassured a lot of investors," Kelly says. "And they've had doubts since then, but every time people have doubted what European countries are going to do, they've been very resolute in saying, 'We are going to make sure that nobody defaults here.' "

In the months since then, there have been slow but steady signs that the economy is rebounding, though the job market is still weak.

The Federal Reserve has embarked on a controversial program of quantitative easing, buying up government securities to stimulate the economy. This seems to have persuaded investors that the rebound is for real. Stocks have been steadily rising. But Kelly says the wild swings of the past few years have left investors cautious.

"It's funny, a few years ago everyone was asking, 'What are the hot areas in markets?' And now no one wants a hot area for fear they're going to eventually get burned," he says.

Among the stocks that are rising the fastest are technology and consumer companies. Sonders, of Charles Schwab, says she still believes investors are underestimating the strength of the recovery.

So, has it become a little easier to be an optimist?

"I feel like I no longer have to apologize for my optimism, and that has taken a while," Sonders says.

At some point investor sentiment will turn more positive, she says. But that may be the time when the financial markets are overheating again, and investors should think about pulling out.