Accessibility links
Micro-Distilleries Feed A Growing Thirst For Small-Batch Liquors Craft distillers are catering to drinkers who have a taste for the regional and the unique. They're still just a fraction of the market, but more small-batch spirits are showing up on liquor-store shelves, next to pints of Jack Daniel's and Everclear. 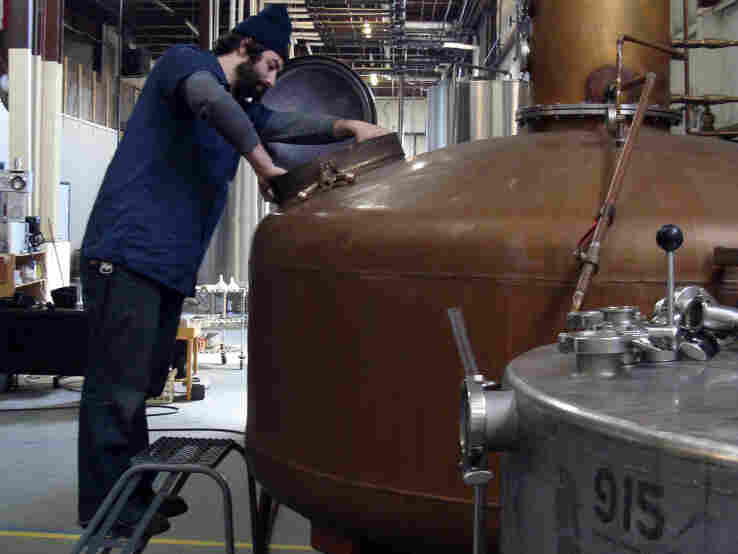 Jason Lippa fires up the still at Stranahan's distillery. The whiskey maker is one of Colorado's most established craft distilleries. Megan Verlee/Colorado Public Radio hide caption 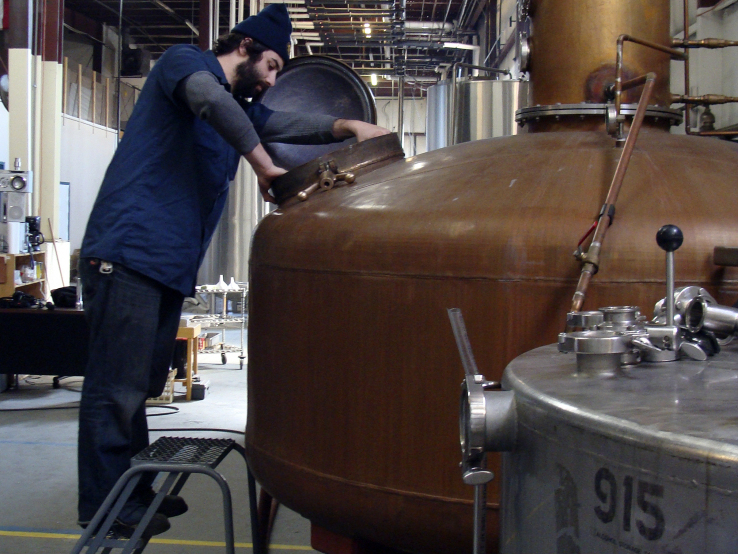 Jason Lippa fires up the still at Stranahan's distillery. The whiskey maker is one of Colorado's most established craft distilleries.

For those who like a cup of holiday cheer, the rum in your eggnog is likely Caribbean, and the whiskey in your toddy is probably from Tennessee. But more and more small distilleries are hoping you'll look closer to home when you make that toast.

Craft distillers are catering to drinkers who have a taste for the regional and the unique. They're still just a fraction of the market, but more small-batch spirits are showing up on liquor-store shelves, next to pints of Jack Daniel's and Everclear.

Walk into Mondo Vino, a liquor store in one of Denver's trendier neighborhoods, and you're not likely to recognize many of the bottles on the liquor shelves. Here, Jack Daniel's and Absolut take a back seat to small-batch spirits.

"We've got whiskeys from Tuthilltown Spirits out of New York [to] the Whippersnapper out of Oregon," says employee Matthew Burger. He says that drinkers in Denver have long demanded variety in their beer, and more and more of them want it in their spirits, too.

Big companies still produce the vast majority of spirits sold in the United States, but craft distilleries have taken off at the margins. This year, the federal government permitted 149 new distilleries -- three times the number of just a few years ago.

One of those new permits went to Syntax distillery, in northeastern Colorado. 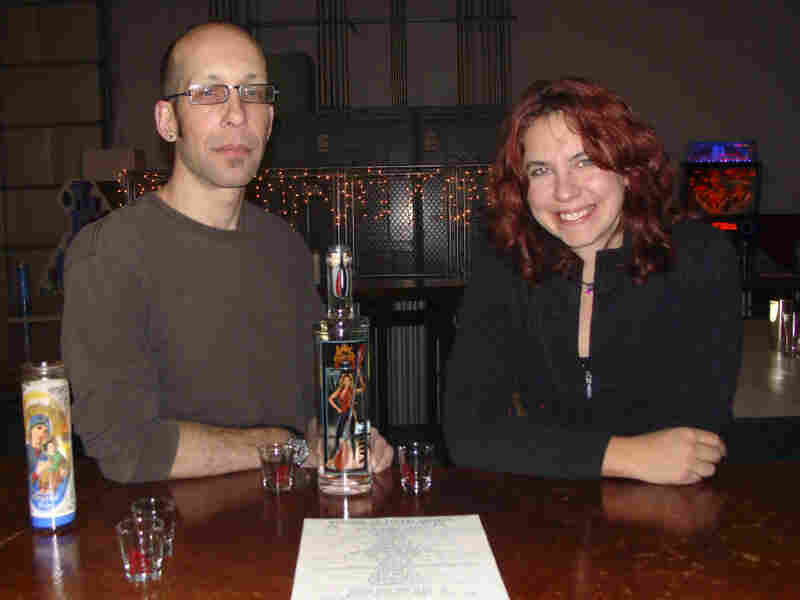 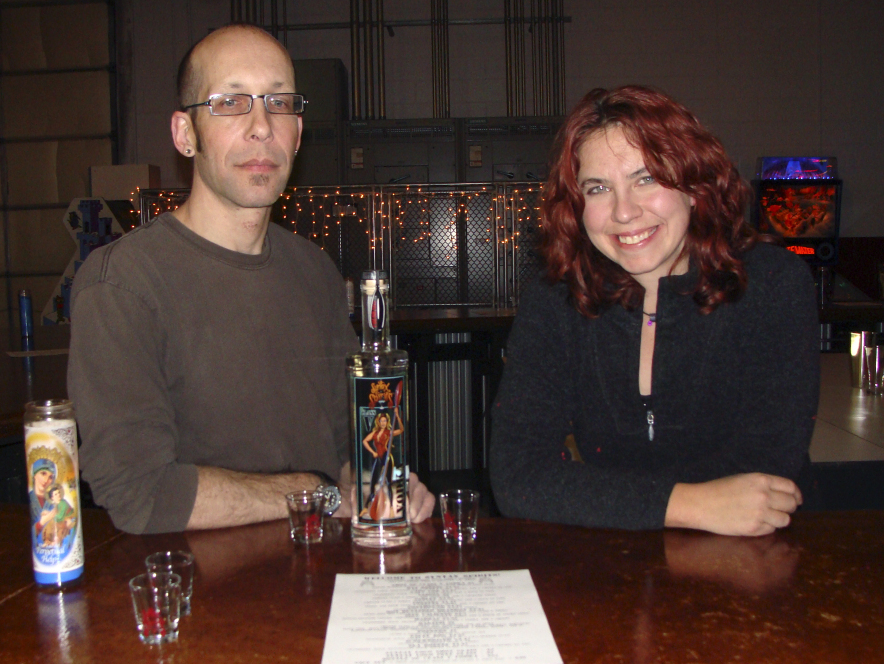 Jeff Copeland and Heather Bean in the tasting room of their distillery, Syntax Spirits.

Jeff Copeland and Heather Bean opened their distillery and tasting room just a few weeks ago. They have one product -- a vodka -- and Bean says it's been selling as fast as they can make it.

"Right now, it looks like we have exactly seven bottles on hand," she says, "because we sold out completely last weekend, down to having a third of a bottle in the fridge that we were mixing drinks with."

For Bean and Copeland, this is a second chance to follow a long-held dream. They made beer as a hobby for years, but the microbrewery market is pretty saturated. Then they started hearing about micro-distilleries.

"So we thought that was just a cool thing," Bean says, "that we could get in on the ground floor of another wave of interesting craft beverages."

Like any dream business, craft distilling comes with its own nightmares.  In this case, it's paperwork.

Bean and Copeland spent two years filing applications before they ever tasted their first batch of vodka. They keep a running count of all the various federal, state and local agencies they've had to register with -- so far, the number is 13.

"Every once and a while, a new one pops up that we weren't aware of," Copeland says.

"Yeah, that's always an exciting e-mail to get: 'You're in violation of the whatever,' " Bean says. "And then you talk to everyone else and go, 'Do these people regulate you?' And mostly they say, 'Oh, I've never heard of that, either.' "

The Distilled Spirits Council, a trade group for liquor companies, created a craft membership this year in part to help small producers navigate the regulatory labyrinth. After all, home distilling is still a federal felony.

"They're finding niches where they're not playing against the big guys," he says. "So it's a little bit of, sort of marketing jujitsu, if you will."

Exhibit A in that regard may be Stranahan's whiskey. In six years, the Denver-based spirit has almost become a Colorado institution, tapping into the local food movement and the region's Old West heritage. 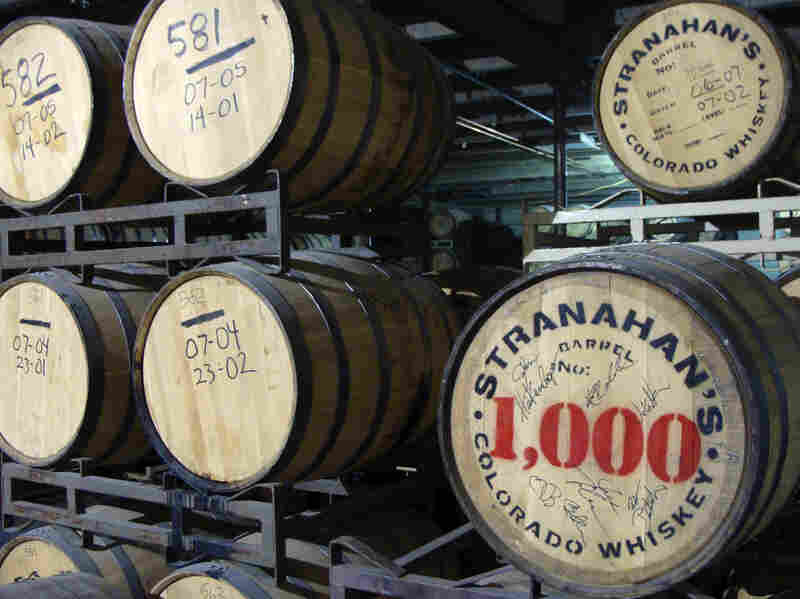 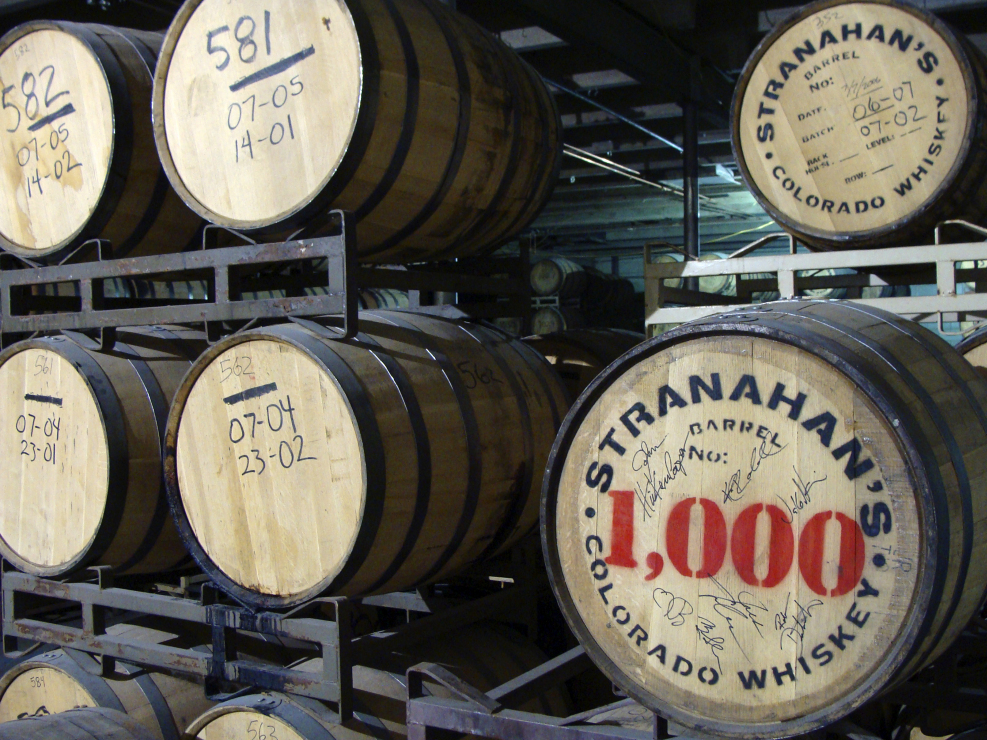 Stranahan's 1,000th barrel of whiskey awaits bottling. After six years, the company's entire output barely equals a day's production at one of the big whiskey makers.

But standing in the distillery's cavernous barrel room, business manager Jason Lippa says that in this case, success is relative.

"We look around, and to you or I, this is a lot of whiskey," Lippa says. "In about six years, we've made about 1,600 barrels. And for someone like Jim Beam, that would take about six to eight hours of production time."

Craft distilleries aren't any real competition to the big guys yet, but their numbers keep growing. Lippa says he often fields calls from people who are trying to figure out how to start their own distilleries.