Accessibility links
Boomers Take The 'Retire' Out Of Retirement Baby boomers start turning 65 this year. That used to be the age when Americans stopped working and kicked back. But just like with every other stage of life they've gone through, baby boomers are expected to transform how we think about "retirement." 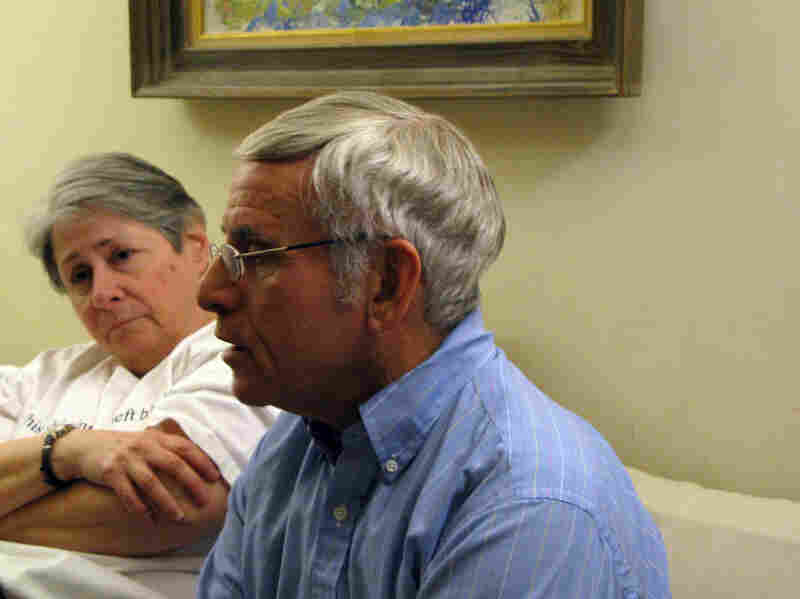 Stephanie Zirkin will turn 65 this year. Her husband, Stan, turned 65 in 2010, and while not officially a boomer, is "close enough," he says. Justin O'Neill/NPR hide caption 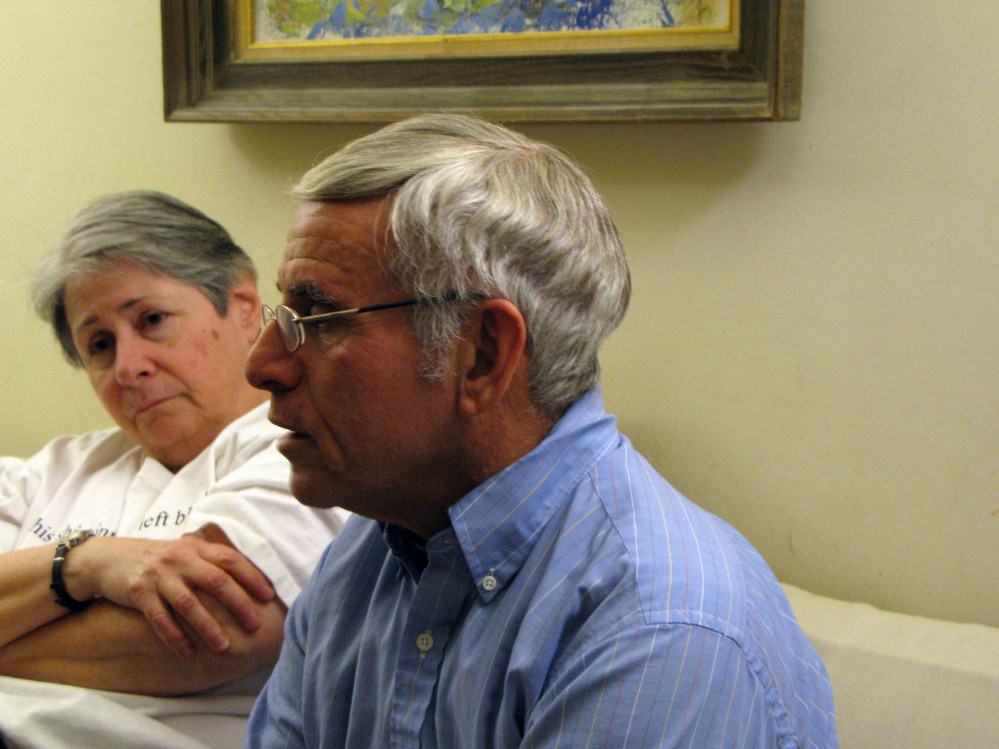 Stephanie Zirkin will turn 65 this year. Her husband, Stan, turned 65 in 2010, and while not officially a boomer, is "close enough," he says.

It may be hard to believe, but the generation that transformed America as it came of age in the 1960s is now entering its senior years.

"There are 7,000 boomers a day who will be turning 65 in 2011, which is a significant birthday for sure," says Steve Cone, executive vice president of AARP.

Sixty-five used to be the age when Americans stopped working, kicked back and embarked on serious leisure to make up for all those decades of the daily grind. But just like with every other stage of life they've gone through, baby boomers are expected to transform how we think about "retirement."

Leading the way will be couples like Stephanie and Stan Zirkin. She will turn 65 on May 14; he's already 65, not officially a boomer, but, as he puts it, "close enough."

The Zirkins live in a cozy rowhouse in the Washington, D.C., suburb of Greenbelt, Md. Since their daughter split from her husband, Stephanie has stepped in as a main caregiver for her 6-year-old grandson, Stephen.

"To be perfectly frank," she says, "by the time Stephen came along, I was kind of tired out."

When her daughter is working, Stephanie picks up Stephen at the bus stop after school, supervises homework and sometimes feeds him dinner.

"I always wanted to have a grandchild that I could take care of on a daily basis," she says. "I just hadn't pictured it happening that far along."

Boomers may have bolted for the door at 18 and been off their parents' payroll after college, but their offspring are taking longer to reach traditional milestones of adulthood. Marriage and children come later. Certainly with the bad economy, some are taking longer to establish careers. Growing numbers of 20-somethings have been moving back in with their boomer parents after college, a loving form of financial subsidy.

When the Zirkins' daughter separated from her husband, Stan found another way to help out.

Highlights Of The Baby Boomer Survey

"I dipped into my savings and bought her a condominium, which is a hundred yards from here," he says. "You know, I was feeling very secure when I ended my mortgage a few years ago, but now I have another one!"

Stan is a branch chief at the National Labor Relations Board, commuting via car and Metro to downtown Washington each day. He says he loves his work, and despite reaching traditional retirement age, he isn't about to give it up.

"I've spent my entire career doing good for people who might otherwise be powerless," he says. "That's a feeling I can't imagine being duplicated anyplace else."

Stan was eligible for retirement a decade ago. When friends ask if he's considering it, Stephanie has a ready answer:

"Not till they pry the [subway] farecard from his cold, dead fingers!" she says, laughing.

That, too, is typical. Boomers, more educated than their parents, may derive more of their identity through work.

In an AARP poll of people hitting 65 this year, Cone says, 40 percent have no intention of retiring.

"The 40 percent is a much larger group than any generation before the boomers," he says. "But the other factor we see in the poll is that a lot of people feel they have to keep working."

In fact, when AARP asked what the best 65th birthday gift would be, the top answer was "financial security."

The recent recession derailed retirement plans for many. But Alicia Munnell, of the Center for Retirement Research at Boston College, says the problem goes beyond that.

"We are having a contraction in all aspects of the retirement income system," she says, "so boomers are going to face a much tougher time than their parents faced."

A 2009 study by the center found that 51 percent of working households today will be unable to maintain their standard of living once they retire. The reasons are many. 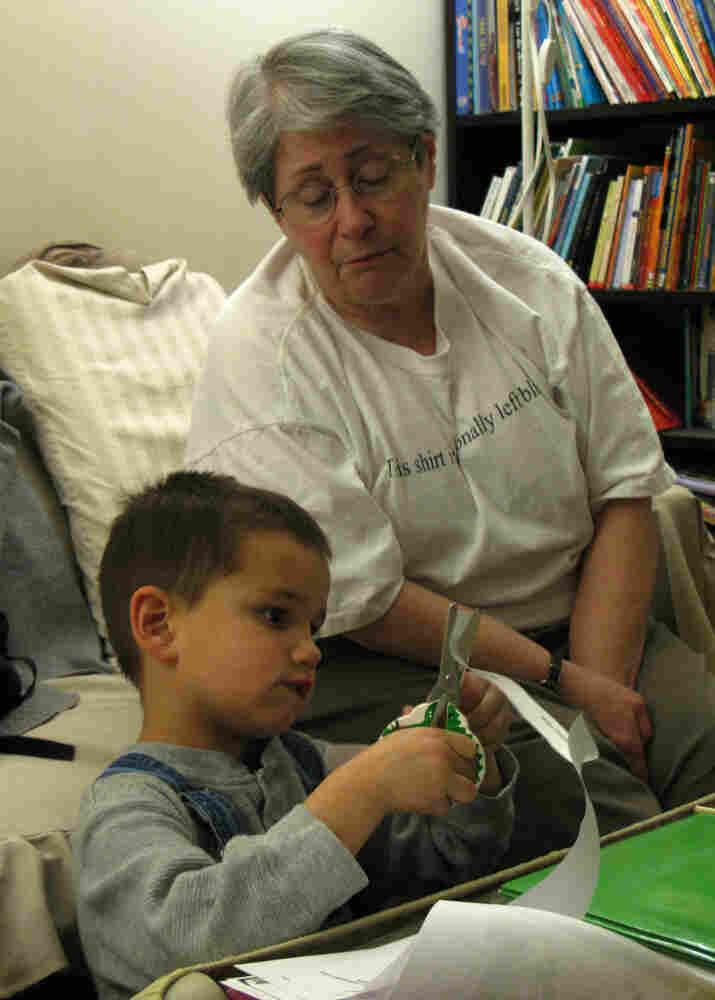 Munnell says because of the rising retirement age and the tax structure, Social Security is replacing less and less of a beneficiary's earnings. Traditional pensions are disappearing, replaced by riskier 401(k)s. Then there's the exploding cost of health care and the shrinking value of homes. There's also the fact, Munnell says, that Americans simply do not save enough. On top of all this, everyone's living much longer.

"What we are trying to do is have people save for a 40-year work life for 20 years in retirement," Munnell says. "The arithmetic doesn't work out if you think about it. People just don't get enough income during that period."

In fact, for those who retire early, it's entirely possible today to spend more years in retirement than you did in your job. Munnell believes those who can should work longer. She'd also like to see another government-sponsored program to encourage retirement savings.

Longevity is certainly an issue for Stephanie and Stan Zirkin; each has a parent in his 90s.

"My father is 97," says Stephanie. "He lives alone. He's still got all his marbles, maybe even acquired another few. He's tough."

The Zirkins say their parents are still financially independent. And, unlike many, they feel they have saved well for retirement. Stephanie believes their sense of thrift may speak more to their Depression-era parents than the rest of her generation.

Still, looking after aging parents on one end and struggling children on the other is probably no one's retirement dream. And yet, Cone says, the AARP survey shows an extraordinary -- and characteristic -- resilience.

"Boomers feel very optimistic about a) their future, and b) what they've accomplished," he says. Some 80 percent reported that they are happy where they are in life.

Stan says he's followed with interest some of his contemporaries who've already retired. He's found no one moving to Florida to sit by a pool.

"One of the guys decided he majored in the wrong subject in college so he's back in college," Stan says. "He's taking anthropology, I think. That's his new love, and he says he intends to stay until he gets another degree, just for the heck of it.

"Another one, he always wanted to work with his hands, and so he used some of his retirement money to purchase rundown houses, and he's renovating them himself.  So, they are not retiring. They are simply going to a different stage of their life."

Stephanie says this is fine by her; no need to have Stan lounging around the house all day. And really, she's busy enough caring for her grandson.

So what is she looking forward to in coming decades?  "Ooh," she smiles, "great-grandchildren!"