Accessibility links
John McLaughlin: On Coltrane And Spirituality In Music The electric guitarist never got to see his hero, John Coltrane, play the saxophone. But McLaughlin was so moved by Coltrane's 1965 masterpiece A Love Supreme that, nearly a half-century later, it's central to his own new album, To the One. 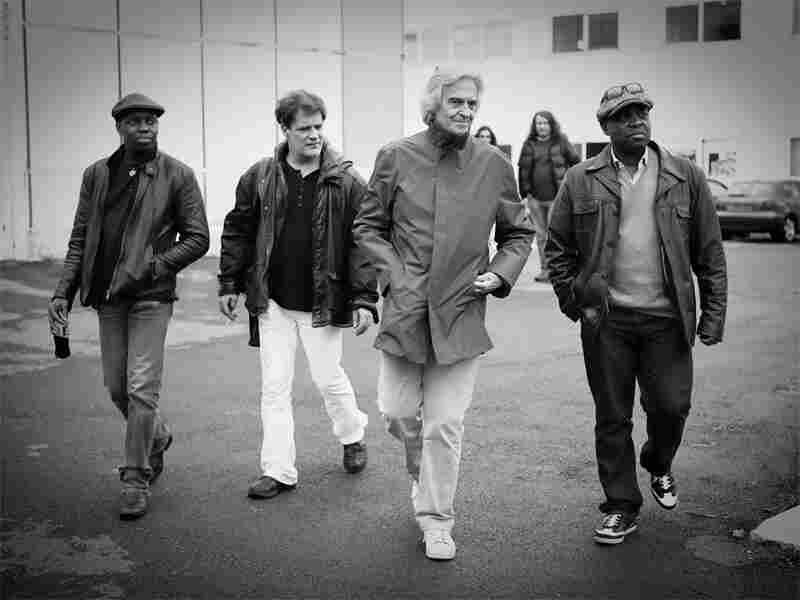 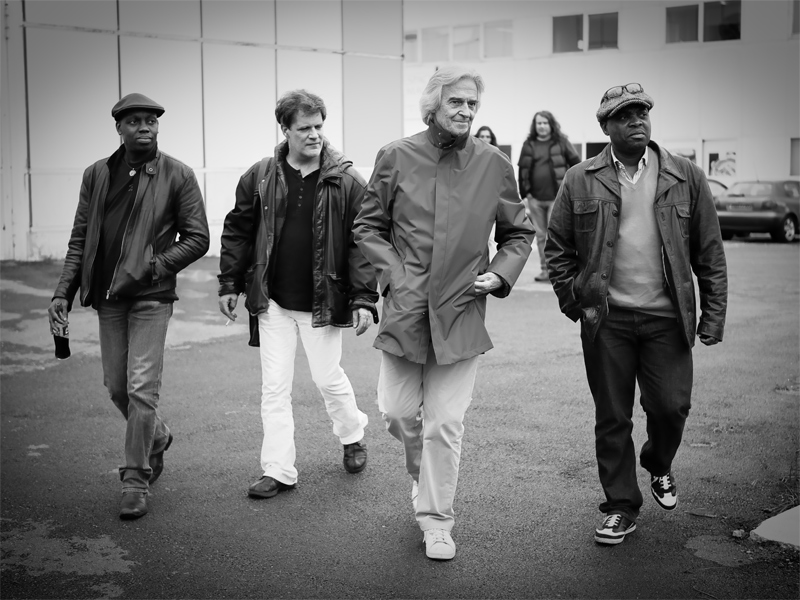 John McLaughlin recorded To the One with his 4th Dimension band, from left: Mark Mondesir, Gary Husband, McLaughlin and Etienne M'Bappe.

Guitarist John McLaughlin never saw saxophonist John Coltrane perform. The jazz icon died in 1967, before McLaughlin had the chance. But Coltrane's historic 1965 album A Love Supreme has inspired every twist and turn of McLaughlin's career since he first heard it.

"It took me, actually, a year of listening to that record almost every day to finally hear what [Coltrane] was doing musically," McLaughlin says. "The least I can say is that he was very advanced, as a human being and a musician.

"The second thing, and perhaps the more significant, was the poem on the back of the album -- the LP, in those days," McLaughlin says. "This record arrived in my hands at a very significant time in my life, when I was starting to ask myself these fundamental questions about life and death, existence -- you know, the big questions we all address to ourselves sooner or later. This poem had such a wonderful effect on me. It was so inspiring and encouraging to me as a young seeker at that time, that I knew the music was really, in a more elegant and eloquent way, speaking about what he wrote about. But I couldn't hear it."

Music video for John McLaughlin and the 4th Dimension's "The Fine Line."

In an interview with Weekend Edition host Liane Hansen, McLaughlin says that the great achievement of A Love Supreme was to integrate a spiritual dimension into the world of jazz music. Now, the guitarist has recorded an album inspired by his passion for Coltrane's masterwork. It's called To the One, and it was recently nominated for a Grammy in the Best Contemporary Jazz Album category.

McLaughlin says he didn't intend to make a Coltrane tribute. But once the music on To the One had been written, he says, it reminded him of his discovery of A Love Supreme in 1965.

"About two months following [the composition of the album], I woke up in the middle of the night with the liner notes in my mind, and all the titles of the pieces," McLaughlin says. "I just woke up [with it] all in my mind -- very peculiar experience. I woke up and they'd been dictated to me. If you can explain it, I would be very happy to hear it."