Accessibility links
How To Eat For A Lucky New Year Cultures around the world start the new year with different feasting traditions. Tanya Steel, editor in chief of Epicurious.com, dishes on what to eat, and not to eat, to make sure 2011 is a happy and lucky new year. 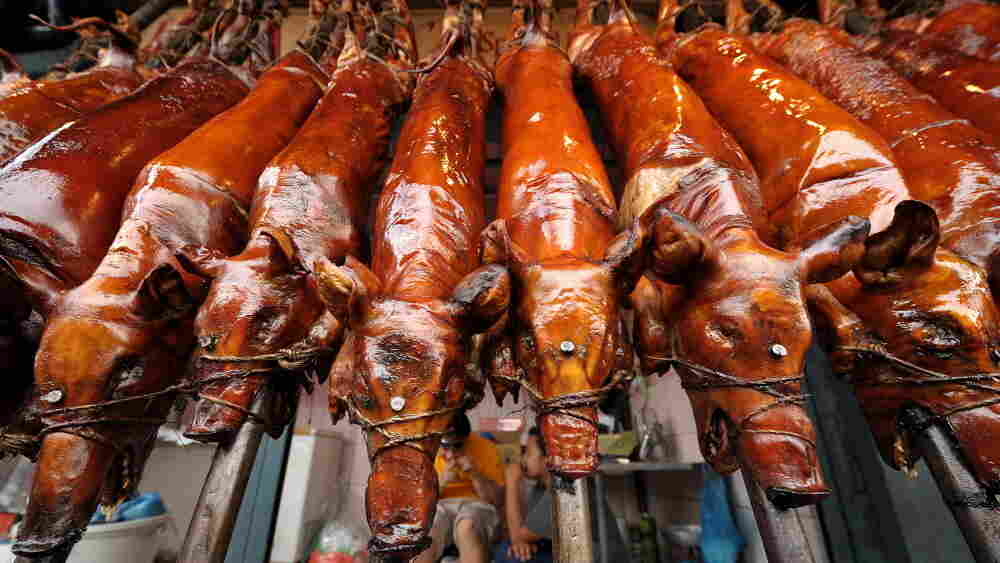 Roasted pigs are displayed at a store in Manila, Philippines. Pork is considered lucky for the new year in Germany and other countries. Noel Celis/AFP/Getty Images hide caption 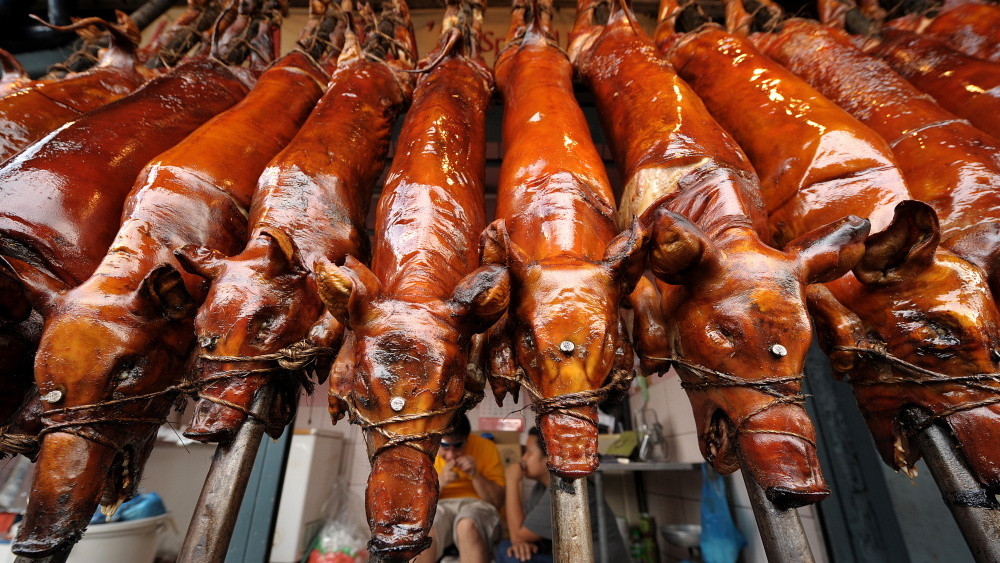 Roasted pigs are displayed at a store in Manila, Philippines. Pork is considered lucky for the new year in Germany and other countries.

For those who still have an appetite left after weeks of holiday feasting, it's not too late to defy the fates and eat your way to a happy and lucky new year.

In Germany, eating pork is considered lucky for the new year. In fact, the German phrase for "I've been lucky" -- Ich habe Schwein gehabt -- is the same as "I have had pig."

"Pigs are kind of rooted in the ground, and they're always moving forward," Steel says. "So they symbolize progress, and they have rich fat content, which really signifies ... prosperity." 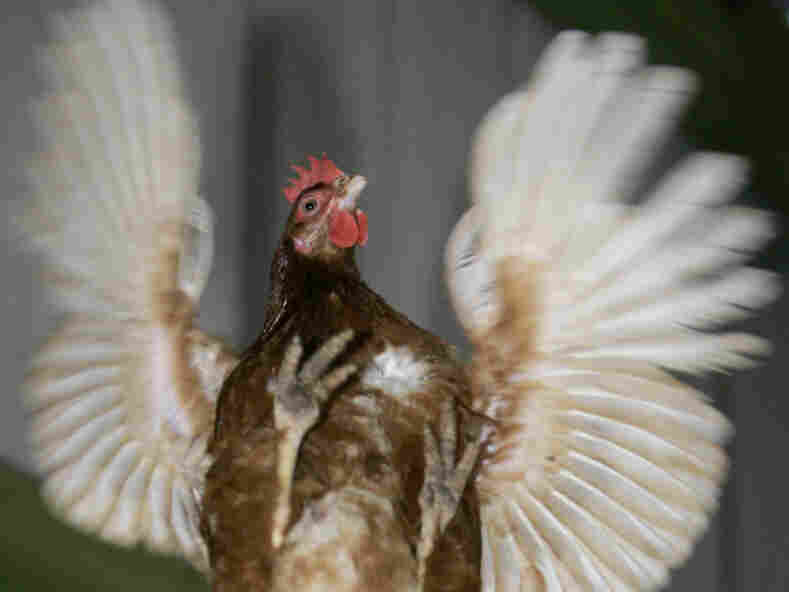 Eating chicken at the start of the year might cause good luck to fly away, says  Tanya Steel of Epicurious.com. Thomas Kienzle/AP hide caption 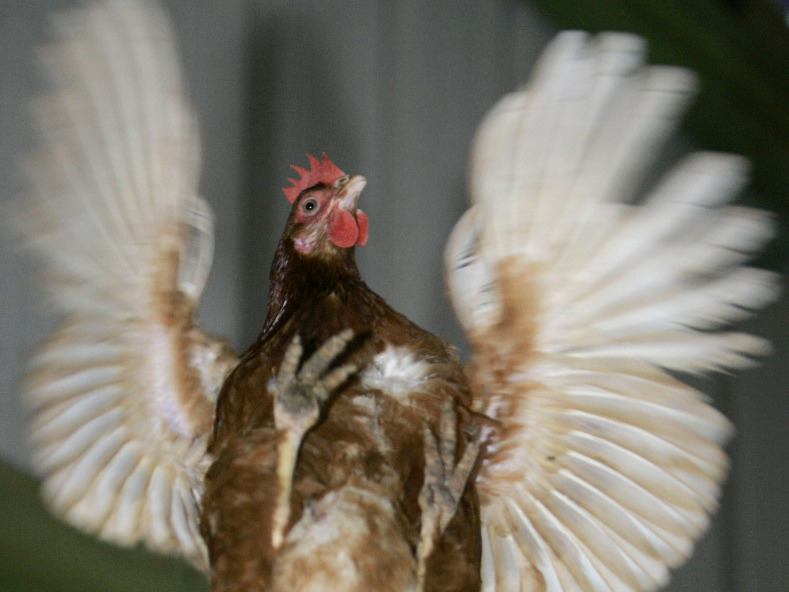 Eating chicken at the start of the year might cause good luck to fly away, says  Tanya Steel of Epicurious.com.

On the other side of the barnyard, Hungarians avoid eating chicken, or other fowl that scratch the ground for food, for fear they would also scratch away good luck.

Anything winged might be a bad New Year's choice because "good luck could fly away from your house," Steel adds.

Steel says her family also has a personal dining aversion to lobsters at the beginning of the year. "They move backwards and can apparently lead to setbacks in the new year," Steel says.

Black-Eyed Peas In The South

In the American South, starting off the year with a dish of black-eyed peas is a good-luck tradition. How this custom began is a subject of debate, but Steel's favorite story dates back to the Civil War era in Vicksburg, Miss.

"The townspeople thought they'd run out of every possible morsel of food," Steel says. "So they were searching and searching, and they found some dried black-eyed peas. And that kind of saved the town." 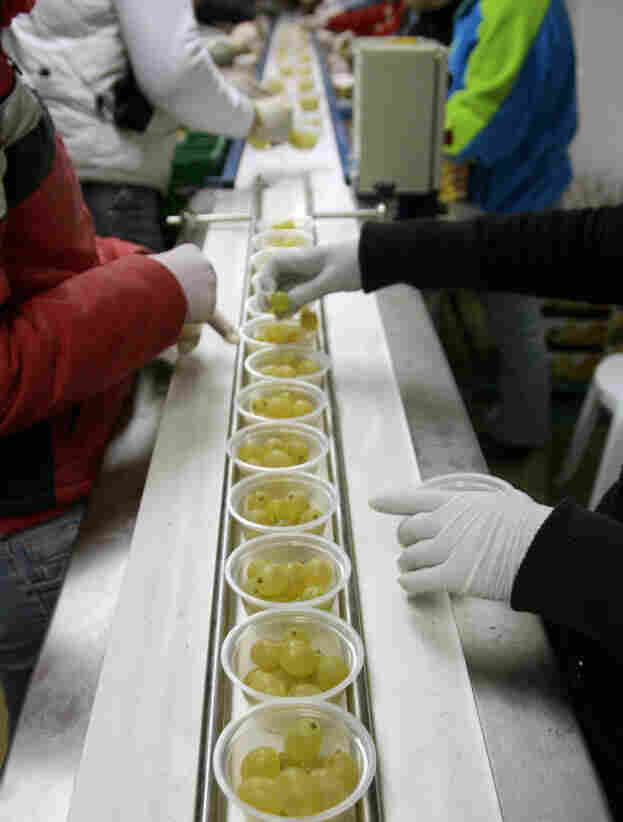 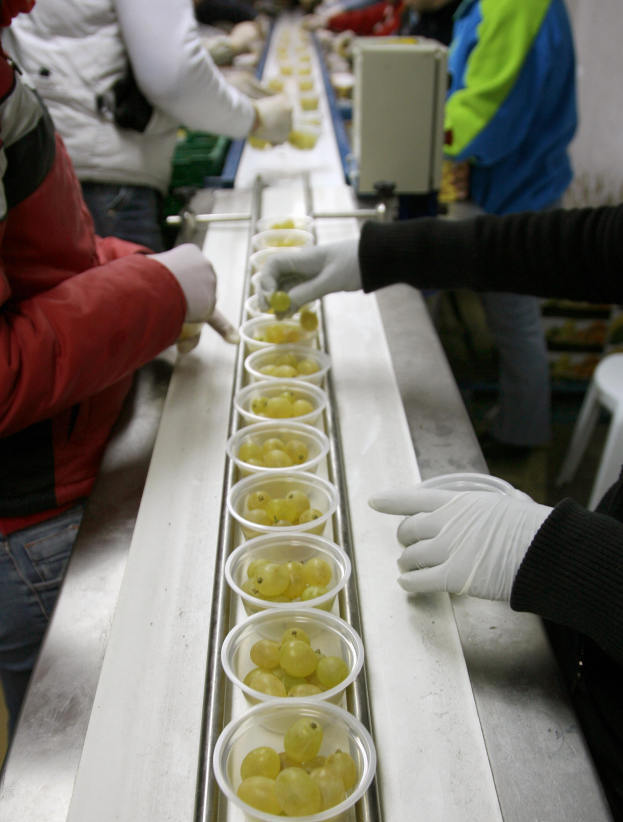 For those looking for luck and something sweeter, there's a tradition that dates back to 1909, when farmers in the Spanish city of Alicante were faced with a surplus of grapes.

With each of the 12 strokes of midnight on New Year's Day, revelers eat a grape -- one for each month of the new year.

"The theory is that, say one goes down badly, or the fifth one is sour, or the sixth one is kind of going rotten ... then that particular month is not going to be good," Steel says.

Ever the nutritional optimist, Steel says even nonbelievers have a reason to gobble down some lucky grapes.

"Even if it's just a tradition, you are actually eating something that is so healthy and so filled with polyphenols that you are actually ensuring some good luck because you're helping your health," Steel says. "So as long as you don't choke on them, I think you're fine."

Round or ring-shaped cakes and other baked goods may not lead to good health. But in Mexico or Greece, their coin-like shapes are thought to ensure a prosperous year.

The cakes are baked with coins and other surprises hidden inside, and the lucky finders get a year of good fortune -- as long as their dental work holds up.

"They bring good luck because we love to eat them," Steel say. "So the only thing that we have to worry about post-New Year's is all of the food that we've eaten to bring us good luck, in fact, brought us extra pounds."

The consequences of overeating is a perennial challenge after the holidays, but perhaps this year, luck will be on the side of the lucky food eater.