Accessibility links
U.S. Home Foreclosures May Top 100,000 In January, As Freeze Ends Over the holidays, many lenders put home foreclosures on hold. But that temporary freeze is now over. Industry watchers expect thousands of foreclosed properties to hit the market in the weeks and months ahead. 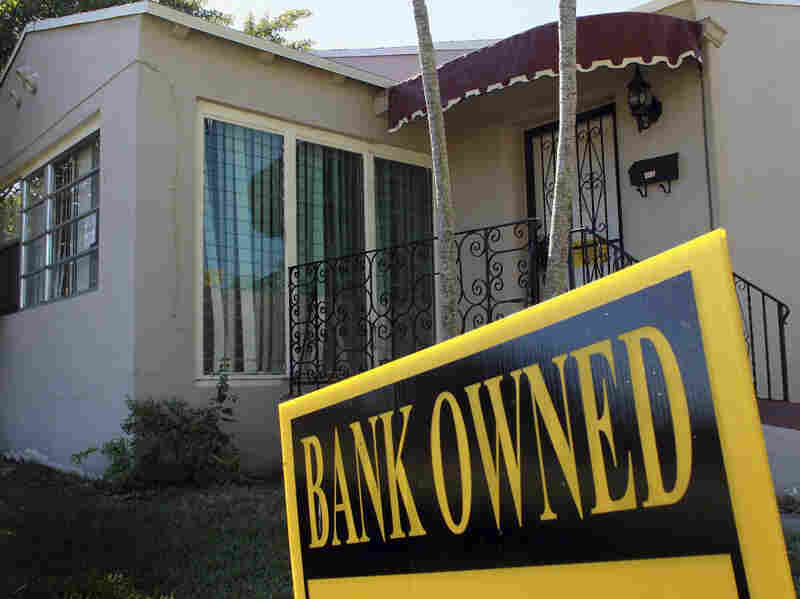 A bank-owned home in Miami, Fla., where foreclosure sales made up 39.7 percent in the most recent quarter, according to RealtyTrac. Analysts expect more foreclosures in early 2011. Joe Raedle/Getty Images hide caption 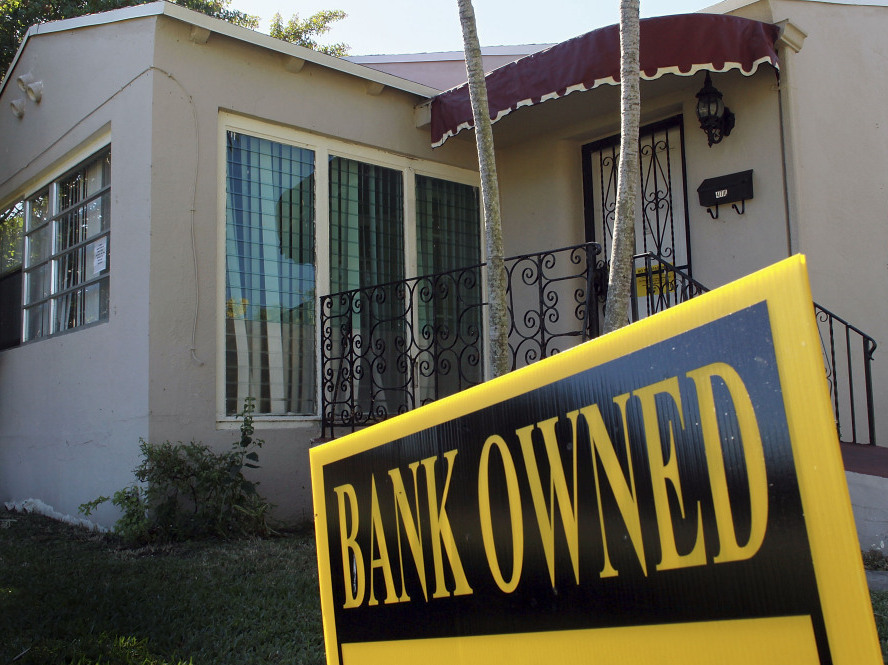 A bank-owned home in Miami, Fla., where foreclosure sales made up 39.7 percent in the most recent quarter, according to RealtyTrac. Analysts expect more foreclosures in early 2011.

Over the holidays, many lenders put foreclosures on hold. But that temporary freeze is over now. Industry watchers are expecting thousands of foreclosed properties to hit the market in the weeks and months ahead.

Home foreclosure sales slowed down at the end of 2010 for two reasons: the regular holiday foreclosure freezes, and the remnants of the so-called robo-signing scandal.

In the fall, many lenders put evictions on hold while they reviewed their foreclosure procedures. Rick Sharga of RealtyTrac says that's behind us now -- and the pace of foreclosure is about to pick up.

"I'd be really, really surprised if we didn't see a probably record quarter in the first quarter of this year," he says.

"We always have a seasonal uptick in the first quarter," he says, "and I think it will be accelerated because of delays that the servicers will be making up for in the first couple months."

Real estate agents are bracing themselves for an increasing number of vacant homes waiting for buyers.

But Lawrence Yun, chief economist at the National Association of Realtors, says it doesn't come as a surprise.

"These properties will come onto the market, that is a given," he says.

Yun says there is a massive shadow inventory -- homes not yet on the market where the owners are more than 90 days behind on their payments.

"It's just inevitable that they will go into a foreclosure," he says.

But Yun says he doesn't expect all of those properties to get dumped onto the market in a single month. It will be gradual. But the question is whether the already fragile housing market will be able to handle them.

"Hopefully the improving economy, job creation, will provide the necessary housing demand to absorb the shadow inventory that will be reaching the market," he says.

But will there be buyers out there for all of those homes? Yun says he's hopeful, but other economists aren't so sure. Most predict the unemployment rate will remain near 9 percent throughout 2011. People who are unemployed or worried about keeping their jobs aren't going to buy homes.

And then there's the issue of loans. Mortgage lenders have so tightened their credit standards that now, even people with relatively good credit scores are having a hard time borrowing the money they need to buy a house.