Accessibility links
Foreign Policy: Gucci in the Land of Genghis Khan For the first time ever, there are more cars than horses in Ulan Bator, the capital city of Mongolia. Ron Gluckman of Foreign Policy argues that due to the city's natural resources and its proximity to China, it will soon undergo an economic boom, which could have disastrous effects.

Foreign Policy: Gucci in the Land of Genghis Khan

Foreign Policy: Gucci in the Land of Genghis Khan 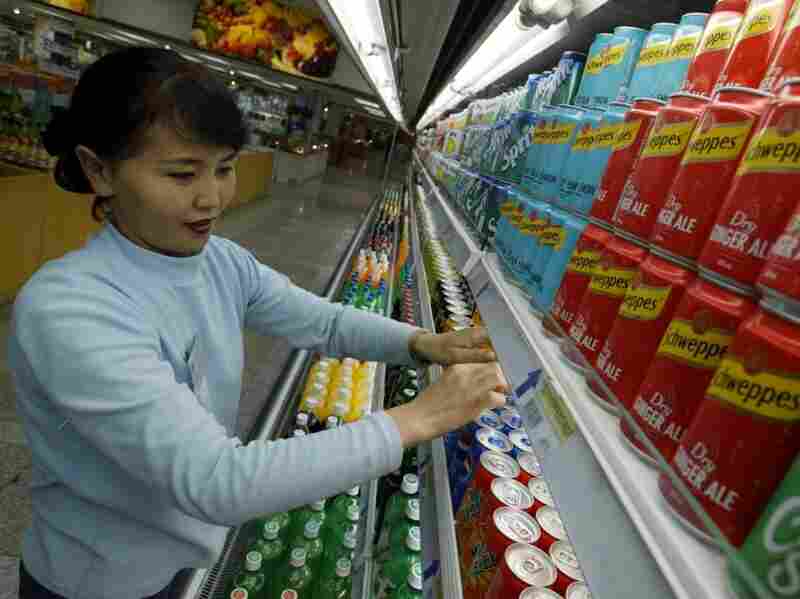 A salesperson puts products in a display case in a modern western style supermarket in Ulan Bator, Mongolia. A revolution in retail has come to the formerly poverty-stricken region. Oleg Nikishin/Getty Images hide caption 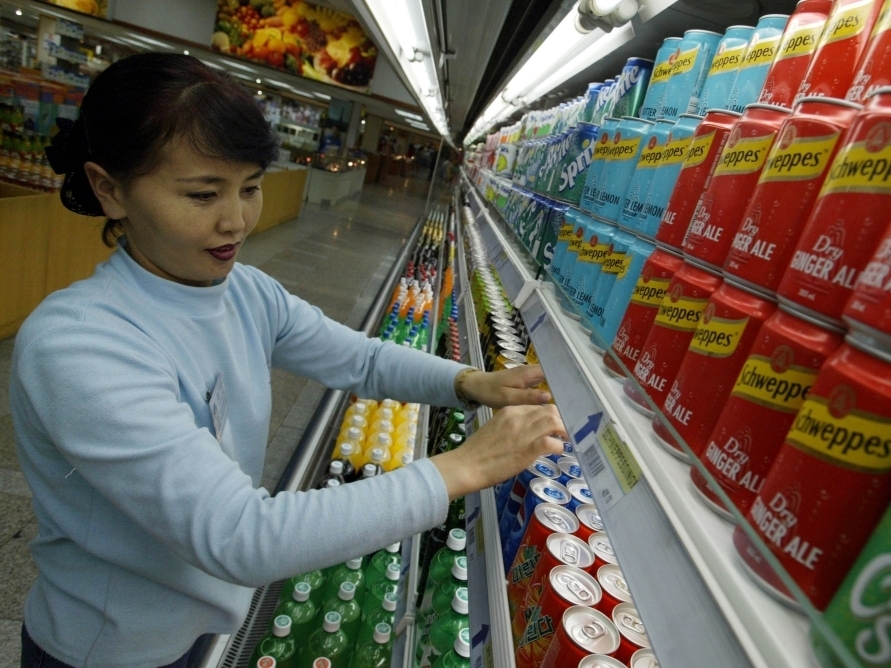 A salesperson puts products in a display case in a modern western style supermarket in Ulan Bator, Mongolia. A revolution in retail has come to the formerly poverty-stricken region.

Ron Gluckman is a Beijing-based correspondent.

For the first time in as long as anyone can seem to remember, there have been traffic jams in Ulan Bator -- a place previously known mainly either as the answer to a trivia question (Which capital city has the coldest average temperature?) or as a historical curiosity: Asia's Timbuktu, the fabled homeland of Genghis Khan. Until recently, the Mongolian capital had more horses than cars.

No longer. Mongolia is in the middle of an epic gold rush -- think San Francisco in 1849 -- but it's copper and coal that have enticed businessmen, investment bankers, and miners from London, Dallas, and Toronto by the planeload. Today, Ulan Bator is abuzz with talk of options and percentages, yields and initial public offerings. Not since the 13th century, when Genghis Khan consolidated the nomadic tribes of these remote steppes and established an empire that eventually spanned from Eastern Europe to Vietnam, has Mongolia seen so much action. The country's stock exchange (though still the world's smallest) rose 125 percent last year, and the IMF forecasts double-digit GDP growth rates for years to come. Others aren't nearly so pessimistic: Renaissance Capital -- an investment bank that specializes in emerging markets, one of many that have recently set up shop in Mongolia -- notes that overall economic output could quadruple by 2013.

"Mongolia is about to boom. Of that, there is no longer any doubt," says John P. Finigan, the Irish CEO of one of Mongolia's largest banks. A veteran of developing markets in scores of countries, he says the only comparable growth potential he has seen has been in the Persian Gulf oil states.

The reason for the boom can be summed up in a word: China. Mongolia has some of the world's largest undeveloped fields of coal, vital for its southern neighbor's hungry steel mills and power plants. Mongolia is also rich in copper, needed for the power-transmission lines being strung at record rates in fast-growing Chinese cities and for the production of batteries, especially those for the booming market in electric cars. China currently consumes nearly 7 million tons of copper each year (about 40 percent of global demand), but it's on track to triple its copper needs within 25 years, according to CRU Strategies, a London-based mining and metals consultancy.

Twenty years ago, when I first visited Mongolia, it had just emerged from seven decades under the Soviet umbrella. Ulan Bator had a shellshocked otherworldliness about it. There were a few grimy hotels fronting Sukhbaatar Square, named for the leader of the 1921 revolution that transformed Mongolia into the world's second socialist state. After decades of decline, the city looked like a set for an apocalyptic movie, especially in the crush of winter, when the sky was a perpetual charcoal gray.

Nowadays, Ulan Bator looks increasingly like a Chinese boomtown, with all the same trappings -- exploding property prices, huge capital inflows, rising concerns about corruption, widening gaps in income disparity, and a flood of flashy automobiles on the roads. A year ago, a Louis Vuitton boutique opened for business in the posh Central Tower building near Sukhbaatar Square. A glass cabinet holds a horse saddle encrusted in gems. "It's one of a kind, custom-made for Mongolia," the manager notes. Downstairs, the offerings are more conventional. A crocodile purse fetches $20,000; watches run $17,000. The sums are astounding in a country that is still among the world's poorest. Per capita GDP in 2008 was about $3,100, making Mongolia the world's 166th-poorest country -- just ahead of the West Bank. Yet that hasn't stopped Ermenegildo Zegna, Hugo Boss, and Burberry from opening up. "There's lots of new money here," says Zoljargal, marketing manager for Shangri-La Ulaanbaatar, which is rushing to finish a new shopping plaza, along with Mongolia's first luxury hotel.

The luxury disappears as soon as you leave the capital. On the town's outskirts lie ger camps, nomadic tent communities where tens of thousands of people live in poverty; beyond, there is little sign of civilization, just the vastness of the Gobi Desert. The harsh conditions and lack of infrastructure have hampered habitation and development for centuries.

But this inhospitable terrain is also key to the boomtown future. For here is Ovoot Tolgoi, a coal mine 30 miles from the Chinese border run by a Canadian company called SouthGobi. The company has invested $200 million in a state-of-the-art facility that is on pace to sell 4 million tons of coal to China annually, with plans to double production by 2012. "Mongolia: the Saudi Arabia of Coal," reads the slogan on the firm's website.

The optimism becomes understandable as I tour the site, where an ocean of coal covers the surface of the sandy earth. The seam averages more than 50 meters wide -- one of the world's thickest -- and 250 meters deep, though portions of it go down at least 600 meters. Ovoot Tolgoi has proven initial reserves of 114 million tons, enough to last up to 16 years, but that's a conservative estimate and that's just the one mine in production. SouthGobi also has licenses for two other sites. Layton Croft, a vice president at SouthGobi, compares the rush to the heady days of the dotcom era. "It is a bit like Minegolia.com," he says. "The difference is, this boom is for real, and it's going to last a long, long time."

There are obstacles in the way, not least a government that is prone to corruption and more accustomed to reeling from regular shortages of fuel and food than managing a sudden windfall. "Of course, the worry is this revenue will lead to bad political decisions," says S. Oyun, a member of parliament and head of the Zorig Foundation, a government watchdog group. But President Tsakhia Elbegdorj brushes away concerns that Mongolia could end up the next poster child of the resource curse. "We are very much aware of the Nigeria case, the Dutch disease phenomenon, and so on," Elbegdorj tells me. "Mongolia is a democratic country of educated people. Our people and democracy are the guarantees that our country will not become another Nigeria."

It's hard to root against a people who've long had so little finally getting a slice of the pie. But in this stark land of fabled warriors, something will inevitably be lost if Mongolia becomes north Asia's Saudi Arabia. Genghis Khan wouldn't be caught dead wearing Prada.