Accessibility links
Parallel Lives: Having A Twin With Mental Illness Composer Allen Shawn's twin sister, Mary, was diagnosed with autism and sent to an institution when they were 8 years old. He writes about his relationship with Mary — and his feelings of survivor's guilt — in a new memoir, Twin. 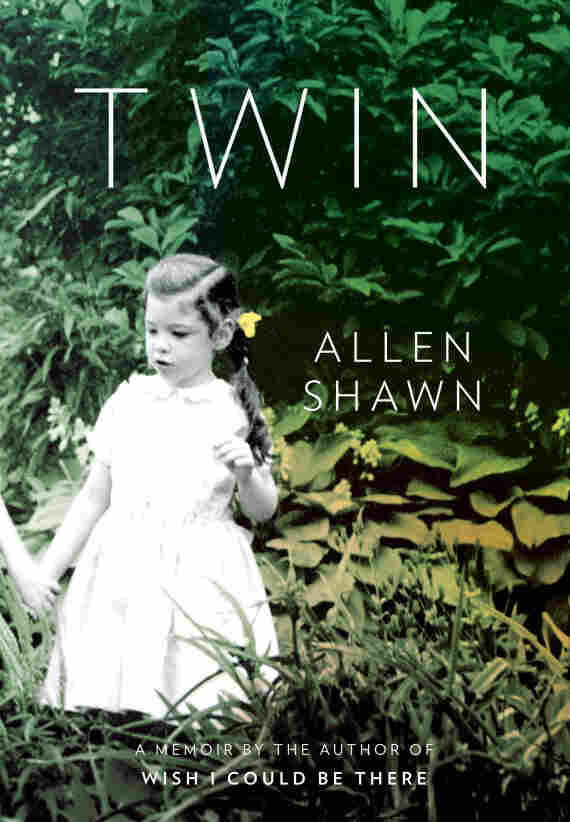 When composer Allen Shawn was writing Wish I Could Be There, his 2007 memoir on living with phobias, his twin sister, Mary, kept appearing before him in unexpected ways.

"I realized that it was almost unbearable to write the passages about her in [Wish I Could Be There], and it was as if something was knocking at my door that I hadn't quite expected," Shawn tells Fresh Air's Terry Gross.

Shawn says he realized that Mary, who was diagnosed with both mental retardation and autism as a little girl, has been one of the biggest influences on his life. He tells Gross that her institutionalization at the age of 8 left him feeling alone -- and confused.

I literally feel like a bookend, as if there were a set of books next to me and at the other end of those books, there was another bookend. I have a sense of being part of a pair of things.

"I don't think I've ever felt like an individual the way a nontwin does," he says. "I literally feel like a bookend, as if there were a set of books next to me and at the other end of those books, there was another bookend. I have a sense of being part of a pair of things. Even in relation to Wally, my brother, I feel like he's an individual and that I'm a part of something."

Shawn's memoir about Mary is called Twin. The book also explores Shawn's relationship with other members of his family, including his late father, William Shawn. William, the editor-in-chief of The New Yorker from 1952 until 1987, carried on an affair with a New Yorker colleague, Lillian Ross, from 1950 until his death in 1992.

Shawn found out about the affair by accident when he was 30 years old. But seemingly everyone else around him -- including his mother -- knew about the relationship and didn't say anything to him or his older brother, Wally. 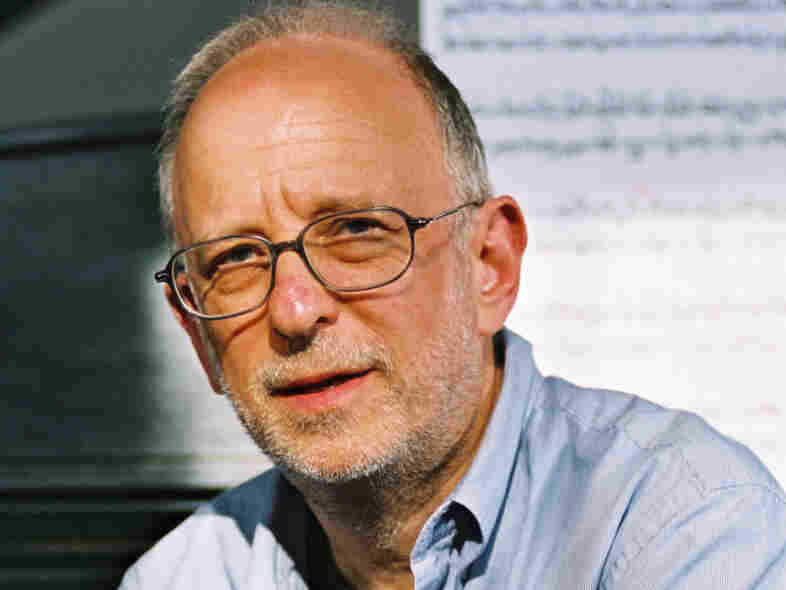 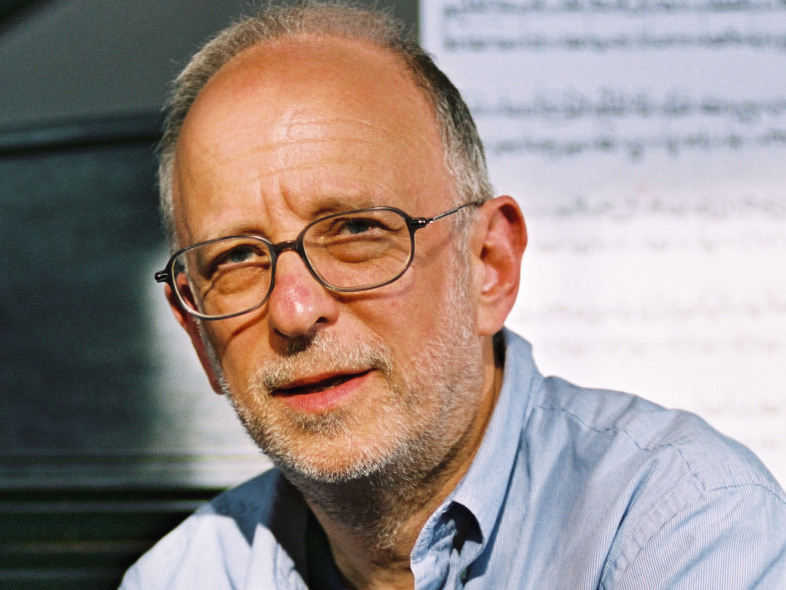 Allen Shawn is an American composer who lives in Vermont.

"What really disturbed me was that everybody else knew about this," he says. "It seemed like we grew up in a strange bubble of not knowing this very simple and basic fact about [our father's] life."

Shawn says his mother accepted the affair because she accepted his father.

"She deeply loved him, and their relationship was still alive," he says. "It certainly wasn't a matter of convenience that they stayed together. For his part, I think this duality was something in him. He was incapable of making a choice, and perhaps it was also necessary for their marriage. As I say, there's a lot you don't know about any marriage, because it was even more alive than it would have been otherwise. When I think back to the atmosphere at home, yes, there were mysteries -- but there was also love and romance in the air." 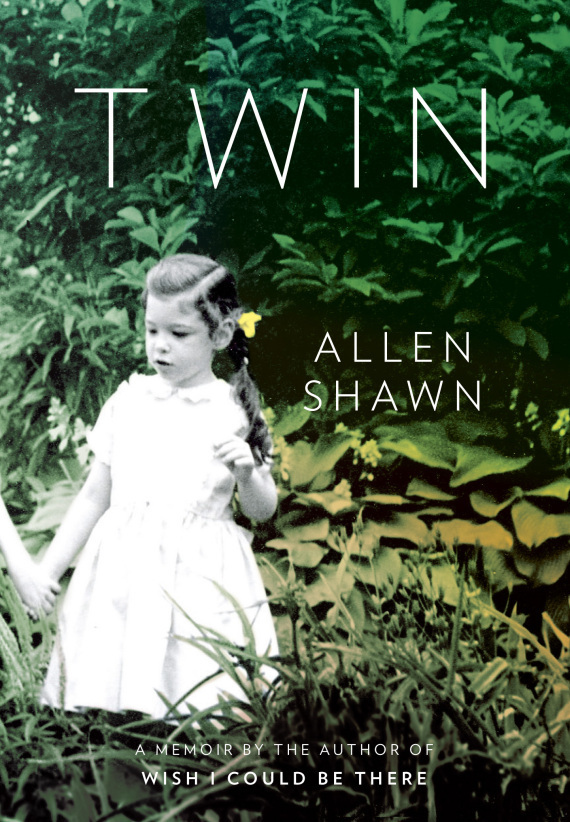 I get out of the car. I have left word that I will meet Mary in what is called the "vocational" facility, the place she spends part of each weekday morning and afternoon doing a rudimentary job, for which she is paid in an account that she can draw from. I am admitted through a metal door by some string-looking fellows who seem almost twice my size. As I walk down the hallway and hear the busy din from the workroom I am somehow reminded of my trips to visit Bridgewater Prison as a volunteer teacher when I was eighteen and at Harvard. I recognize the feeling of entering an enclosed world that is set apart, and I realize for the first time that I had sought out that experience long ago just at the time that Mary herself entered this very place.

When I enter the cavernous space where groups of men and women are seated at tables performing their tasks, I feel enveloped in a faintly festive atmosphere. Rightly or wrongly one senses an air of camaraderie and industriousness. As I adjust to the space and to the strangeness of many of the people there, I see that everyone is seated at long tables placing materials in boxes or affixing labels on objects that are being wrapped. Men and women form separate groups, often at adjoining tables. Everyone's place is marked with a label on the table itself. A friendly Chinese woman points me toward the other end of the hall.

Mary sees me almost immediately and come to get me. She is wearing her thick glasses, which sparkle opaquely over her smile. She has a strange hopping, slightly lopsided way of walking, tilting a bit to one side. She grabs my hand in her characteristic way and brings me over to her table. She looks happy. A small woman with a tight face and highly mobile features -- her name is Juanita, I see from her name tag -- gestures meaningfully and points to a chair, making a strange sound as if her mouth is covered. Her eyes pinch together; she looks concerned about me. Later I learn that she is mute. I sit where she has suggested, next to my sister.

There are perhaps ten other women around the table, two of whom are employees of the institution. One is an exceptionally beautiful young black woman, Cicely, who is in a late stage of pregnancy. I ask her when she is due, and in a gentle African accent she says in six weeks.

The room is noisy and without adornment of any kind -- at best one would call it nondescript -- but the atmosphere is purposeful and cheerful. I soon realize that the groups around each table come from the different units at the campus, and that the women around the table are Mary's housemates. Along with Juanita, there is a woman named Sarah who maintains a quiet, wistful smile at all times and gives very little sign of noticing what is happening around her. Her eyes look at me but seem not to register me. She has lovely, tranquil features, but it is as if a heavy weight were bearing down on the top of her head, keeping it in an absolutely fixed, stationary position. Yet when I mention her name to Mary, her smile deepens and widens. There is also Dawn, whose face is drawn and hatchet-shaped, with very sunken eyes. When she gets up from the table I see that although she has a normal torso, she has a gigantic trunk and bottom and extraordinarily thick, heavy legs. From time to time many of the ladies get up and stroll around. At several points during the next hour some of the men clients comes over to Cicely and either give her a hug, joke with her, or gently pat her swollen belly, which she graciously accepts.

In the middle of the long table is a stack of boxes containing umbrellas that need to be relabeled. Cicely opens the boxes and hands each woman a pile of umbrellas they each have piles of adhesive stickers next to them. Mary's attention is riveted on her job, carefully removing the plastic cover of each umbrella, placing a new bar-coded sticker over the old one, and then replacing the plastic. (The label says "100% Nylon.") She does this over and over, and while she is one of the fastest, she is also steady and careful. Every one in a while she holds up the umbrella and seems to be proudly evaluating it, like a carpenter standing back from his handiwork. Not for the first time I notice her strong resemblance to my father.

Every twenty minutes or so a buzzer sounds and a voice comes over the intercom announcing a new shift in the dining hall down the corridor. Toward 11;30 I notice that the women seem to know that it will soon be time to go to lunch. They are putting the umbrellas in piles and not asking for new ones. When the voice speaks through the intercom at 11:30 our group lines up to go to the cafeteria, which is just down the hall in the same compound. Others remain at their table working. I gather that the units eat in shifts. Mary asks me if I have brought her Reese's Peanut Butter Cups she always expects. I say that I have them with me in the car. She takes my hand and leads me to the cafeteria with seriousness and a sense of the habitual. 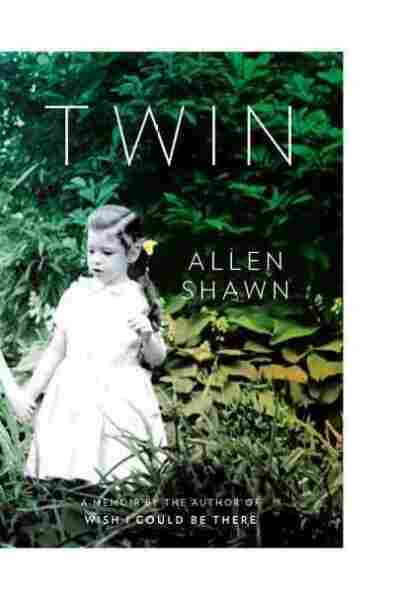