Accessibility links
'Fresh Air' Remembers Actor Pete Postlethwaite Virtually unknown in America until his Oscar-nominated role in the 1993 film In The Name of the Father, the British actor died Jan. 2 after a long battle with cancer. Fresh Air remembers him with highlights from a 1997 interview. 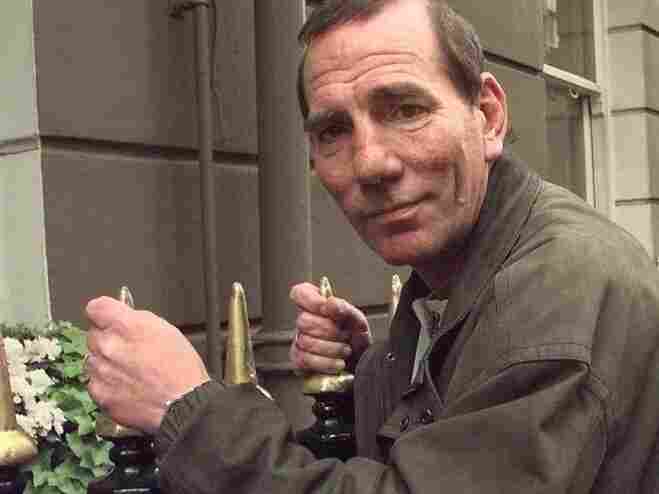 Actor Pete Postlethwaite was a mainstay of the British theater who came to wider prominence via his roles in the films In the Name of The Father, The Usual Suspects and William Shakespeare's Romeo and Juliet. Lynne Sladky/AP hide caption 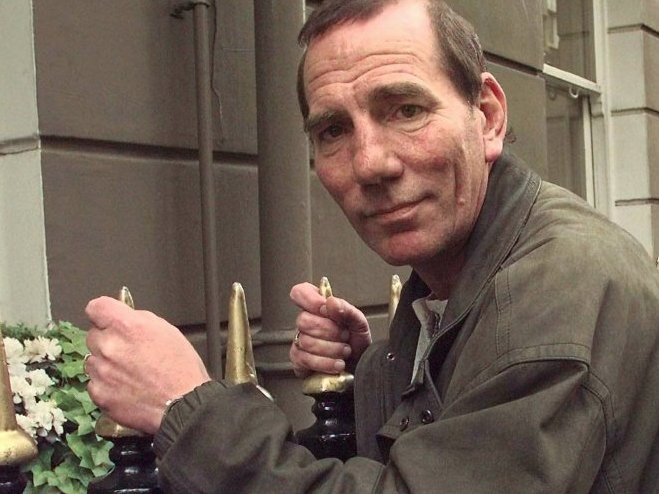 Actor Pete Postlethwaite was a mainstay of the British theater who came to wider prominence via his roles in the films In the Name of The Father, The Usual Suspects and William Shakespeare's Romeo and Juliet.

Actor Pete Postlethwaite, who was virtually unknown in America until his Oscar-nominated role in the 1993 film In The Name of the Father, died Jan. 2 after a long battle with cancer. He was 64.

In 1997, Postlethwaite joined Terry Gross for a discussion about his early stage career and several of his films, including Distant Voices, Still Lives, in which he played an abusive father and husband; The Usual Suspects, in which he played Kobayashi, right-hand man of the mysterious crime lord Keyser Soze; and In The Name of the Father, Jim Sheridan's 1994 biographical film about four men falsely convicted of the IRA bombing of a British pub. Postlethwaite played Giuseppe Conlon, the father of one of the accused men, who was jailed alongside his son on co-conspiracy charges.

Postlethwaite told Fresh Air he based his movingly understated performance in In The Name of the Father partially on his own father, a working-class Catholic from the north of England who possessed an extraordinary inner strength.

"My dad and Giuseppe were very similar, except Giuseppe was Northern Irish, whereas my father was Northern English," he said. "They appear to be spineless; they appear to be easy meat. But in fact when the pressure is on, they resort to their inner strength -- this resilience that they have, which is based on their values and their beliefs and what they think."

Postlethwaite also looked at letters the real-life Giuseppe Conlon wrote to his wife, Sarah, from prison, to get insight into his character.

"What other people said about Giuseppe Conlon was amazing," he said. "More people said things about him than he would ever say about himself. You know, if anybody had trouble with their income tax return or something like that, they would go to Giuseppe, you know, and he would sort it out, you know? All these little details and colors and shapes all start to come to you, and eventually you find a walk. ... You find how his feet function."

Pete Postlethwaite started acting in grammar school and considered a career in the priesthood before deciding to pursue acting full-time. He started performing at the Liverpool Everyman Theater before joining the Royal Shakespeare Company in the 1970s.

He appeared in smaller roles on television before his performances in Distant Voices, Still Lives and In the Name of the Father led to greater acclaim. His more recent films include The Lost World: Jurassic Park, The Town and Inception. Postlethwaite is survived by his wife, Jacqui, and two children.

On playing Kobayashi in The Usual Suspects

"[The film] was a very very complex, rich, intricate, intriguing piece of writing. What a piece of writing. And I didn't understand it completely, no I didn't. But it drew me, and it made me think this has got to be done, it's got to be made -- a wonderful, clever bit of writing. The thing that drew me to Kobyashi was -- there's one scene where I think where he's in the lift with the two heavies, and they get blown away completely. And it says in the script, 'Kobyashi deigns not to blink.' And you think, 'Well, that tells you a lot about that chap, doesn't it? 'Cause he's got nothing to fear.' A wonderful bit of writing."

On choosing acting as a career

"It was at the times, the late '60s, where there was some extraordinary writing coming out of England -- plays by Pinter and Beckett -- all happening at the same time," he said. "And I thought 'Blimey, this is extraordinary stuff.' "

On performing as part of the Royal Shakespeare Company

"It took about 10 or 11 years before my mum stopped saying, 'Well, eventually you'll get a proper job.' I think she realized when the Royal Shakespeare Company opened a new theater [in England] -- the Swan Theater -- and Queen Elizabeth ... came to open it. And my mother came as well to watch it, and when she was being introduced to the queen on the stage of the Royal Shakespeare Company, I think then she thought, 'Well, now that's -- yes, it's a serious job now. That's all right. That's perfectly all right for him to do.' "

On his acting heroes

"I never actually did have any hero. I never had any people to model myself on or base myself on anybody. I've always plowed a lonely furrow in that respect, really. That David Bowie thing about 'No more heroes' -- I think I agree with him a bit."