Accessibility links
Senators Start 'In The Middle' With Deficit Talks There's a small, bipartisan group of senators who insist they're ready to make the "difficult choices" President Obama has said are needed to tackle the deficit. Republican Saxby Chambliss says he and Democrat Mark Warner are "starting with a group that's in the middle, and we're growing out."

Americans' paychecks will be a little bigger this month, thanks to a temporary cut in payroll taxes. More take-home pay for workers, though, means less revenue for the government and a bigger federal deficit. 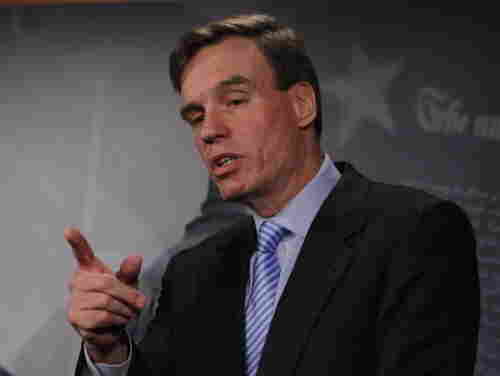 Sen. Mark Warner (D-VA) compares the deficit to a ticking time bomb. "It's not a question of if we're going to address this issue. It's a question of when," he says. Charles Dharapak/AP hide caption

President Obama has promised to start a conversation on reducing the deficit as soon as the new Congress is sworn in this week. It won't be an easy discussion, but Obama does have some allies in the U.S. Senate.

There's a small, bipartisan group of senators who insist they're ready to make the "difficult choices" Obama has said need to be made to tackle the deficit.

Virginia Democrat Sen. Mark Warner sees trillion-dollar deficits as a ticking time bomb. Better to defuse them voluntarily, he says, than risk an explosion as government creditors get nervous.

"It's not a question of if we're going to address this issue. It's a question of when. And I think our sense was, we ought to try to do this on our timelines and not have it dictated by the financial markets," he says.

'Starting In The Middle'

As a starting point, Warner wants to use the recommendations made by the president's deficit commission last month. He and Georgia Republican Sen. Saxby Chambliss plan to introduce the commission's plan as a bill early this year. Chambliss says they have already been talking regularly with about two dozen Senate colleagues, both Democrats and Republicans.

"We're not starting with folks on the far right or the far left who've taken shots at this," he says. "We're starting with a group that's in the middle, and we're growing out." 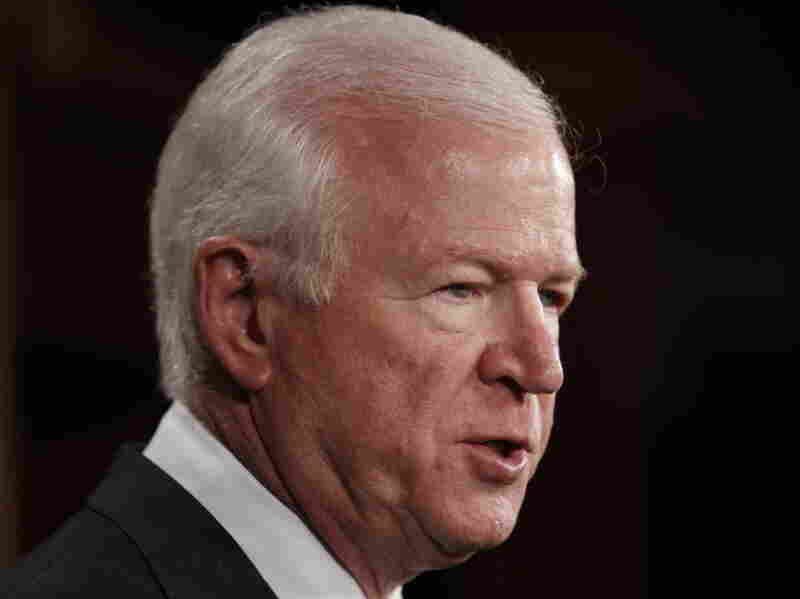 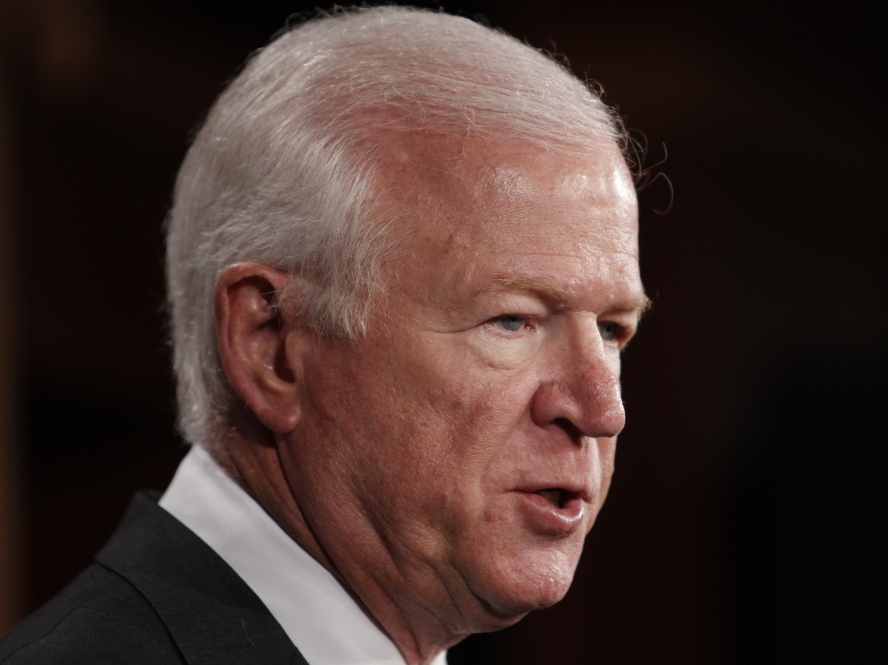 The deficit commission recommended significant cuts to spending -- including Social Security and defense -- as well as steps to increase tax revenues. Neither Warner nor Chambliss expects those recommendations to pass Congress as written. But they say lawmakers who object to any part of the plan should have to suggest an alternative.

Standing outside a conference room where Chambliss and Warner briefed reporters, longtime deficit watchdog Maya MacGuineas of the Committee for a Responsible Federal Budget said she's encouraged by the senators' approach.

"This is the first time in years that I have felt pleasantly optimistic that the political process will actually get ahead of this fiscal problem, and we may see a lot of progress in the coming months," she said.

Obama has not fully endorsed the blueprint from his deficit commission. But he is expected to focus on the issue in his State of the Union address later this month.

The president supports some cuts in government spending, but, as he told business leaders in Asia this fall, he's strongly opposed to others.

"We are not cutting back on the investments that are essential to America's long-term economic growth: education, clean energy, research and infrastructure," he said. "We will make sacrifices, but everyone here should know that as long as I'm president, we are not going to sacrifice America's future or our leadership in the world."

On the revenue side, the deficit commission suggested a major rewrite of the country's tax code. By doing away with deductions and exemptions, the commission argued, the government could raise more money and still have lower tax rates.

Chambliss and Warner have endorsed that idea. And Obama told NPR's Morning Edition he supports the general principle.

"Typically, the idea is simplifying the system, hopefully lowering rates, broadening the base," he said. "That's something that I think most economists think would help us propel economic growth. But it's a very complicated conversation."

The president says that conversation is likely to take a long time. But he wants to begin with lawmakers who are taking the oath this week.