Accessibility links
Miles Davis: 'Kind of Blue' In 1959, seven now-legendary musicians in the prime of their careers went into the studio to record five simple compositional sketches. The result was a universally acknowledged masterpiece, the best-selling jazz album of all time: Miles Davis' Kind of Blue. 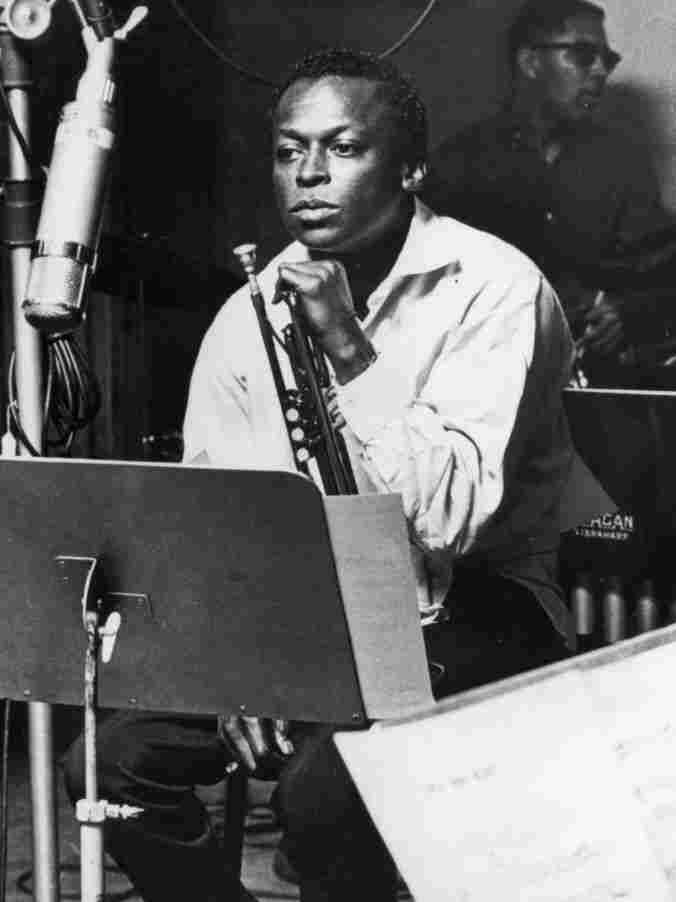 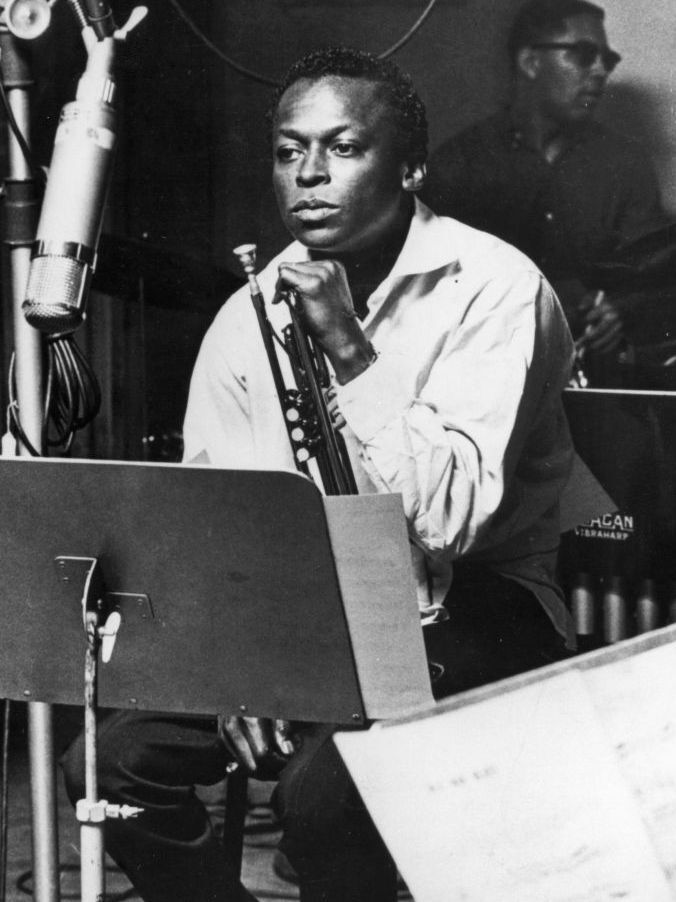 The best-selling jazz record of all time is a universally acknowledged masterpiece, revered as much by rock and classical music fans as by jazz lovers. The album is Miles Davis' Kind of Blue.

Davis and his cool, measured trumpet style had been attracting attention in the jazz world since the mid-1940s. By 1958, at age 32, Davis was an international jazz star whose playing set the standard for jazz musicians of the day.

And just as younger artists looked to Davis for guidance and inspiration, he looked to them for raw, new talent and innovative musical ideas. In the mid-1950s, Davis discovered gold in the subtle sounds of 25-year-old pianist Bill Evans, whom he recruited into his late-1950s sextet. Evans would prove an essential contributor to the Kind of Blue sessions.

Even before Kind of Blue, Davis was experimenting with "modal" jazz, keeping the background of a tune simple while soloists played a melody over one or two "modes," or scales, instead of busy chord progressions — the usual harmonic foundation of jazz.

Hear Songs From 'Kind of Blue'

In addition, Evans introduced Davis to classical composers, such as Béla Bartók and Maurice Ravel, who used modalities in their compositions. Davis also drew on his knowledge of the modal qualities in the blues.

The first tune recorded, "Freddie Freeloader," is representative of the "first take" magic on the record, and it features the happy, swinging playing of pianist Wynton Kelly, who had recently joined Davis' sextet.

The second tune recorded that day ended up as the lead and probably best-known album track. "So What" took an unusual tack: bassist Paul Chambers stated the opening melody, and with Evans playing rather unorthodox chords underneath, the song serves as somewhat of a fanfare or overture, hinting at what was in store for the listener.

Davis was at a musical peak in the 1950s and had been preparing the ideas that would become Kind of Blue for years. A year before the recording, Davis slipped Evans a piece of paper on which he'd written with the musical symbols for "G minor" and "A augmented."

"See what you can do with this," Davis said. Evans went on to create a cycle of chords as a meditative framework for solos on "Blue in Green."

The second day of recording did not take place for seven weeks. When the band finally gathered again, this time minus pianist Kelly, the first tune recorded was essentially a series of Flamenco- and North African-derived scales.

Ashley Kahn, author of Kind of Blue: The Making of the Miles Davis Masterpiece, says that the resulting recording possesses an almost spiritual quality as the musicians — particularly Coltrane — seemed to take a reverent approach to the composition.

For the tune "All Blues," Davis again played with the simplest of elements. He took a standard 4/4 time blues and gave it a waltz feel in 6/8. Evans said that was part of Davis' genius — creating a simple figure that becomes much more. The setting allowed alto saxophonist Cannonball Adderley to return to his big-band roots.

To the musicians who recorded it, Kind of Blue was just another session when it was released in August 1959. But the disc was quickly recognized by the jazz community as a classic. Jazz musicians were startled by the truly different sound on an album that laid out a clear roadmap for further modal explorations.

"So What" became the tune, the one that every musician — not just the practitioners of jazz — simply had to know. The other tracks also quickly became standards, and the individual solos throughout the record continue to inspire musicians to this day.

Musicians from all genres perform, record and study the album's songs, and the influence of the songs on culture beyond music continues to grow. Drummer Cobb says it all comes down to simplicity — the reason Kind of Blue has remained so successful for so long. And because of its inherent balance, historian Dan Morgenstern adds, the album never wears out its welcome.