Accessibility links
Versailles Takes On A New Role: Luxury Hotel France's Palace of Versailles, famed for its Hall of Mirrors and home to the French monarchy since Louis the XIV, is a monument to France's royal grandeur and absolutism past. But this most cherished of cultural museums may soon house a chic five-star hotel. 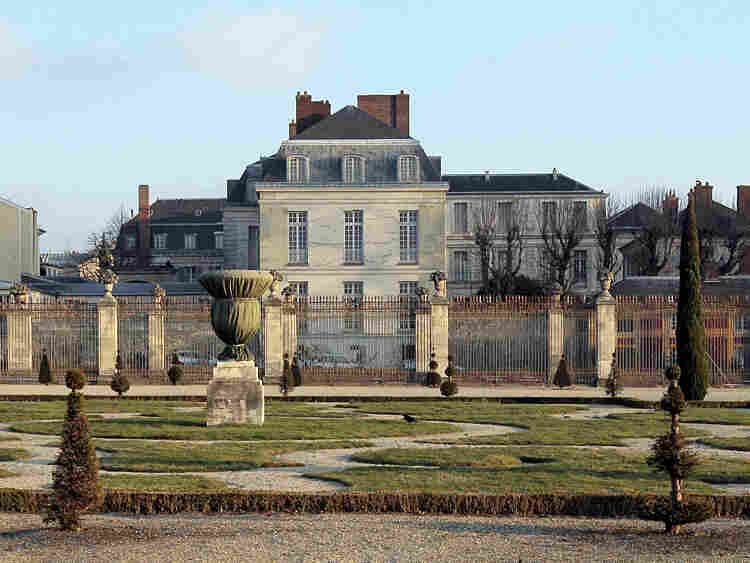 The Palace of Versailles, west of Paris, will have its Hotel du Grand Controle, the traditional home of the chateau's treasurers, converted into a luxury hotel as part of a plan to pay for renovations at some of France's historic buildings. Jacques Demarthon/AFP/Getty Images hide caption 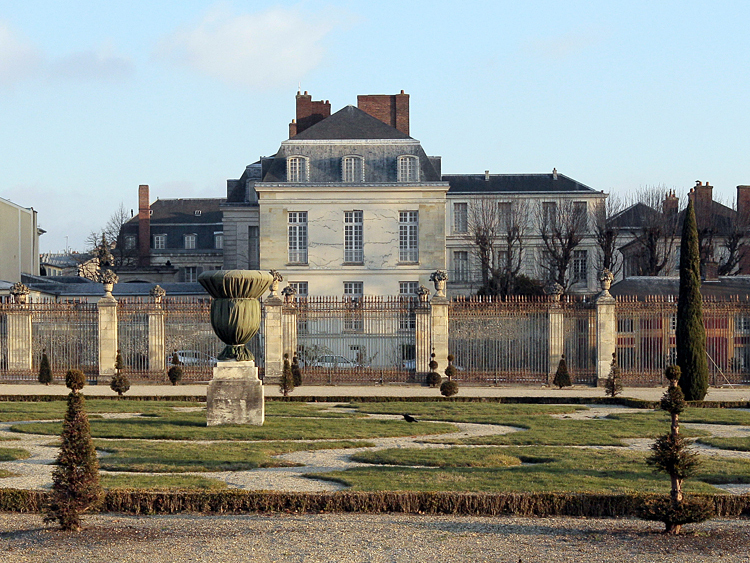 The Palace of Versailles, west of Paris, will have its Hotel du Grand Controle, the traditional home of the chateau's treasurers, converted into a luxury hotel as part of a plan to pay for renovations at some of France's historic buildings.

If you've ever dreamed of spending the night at the Palace of Versailles, you might get your chance. A building at France's cherished cultural landmark will soon be turned into a luxury hotel.

Hundreds of shivering tourists line up across an immense cobbled courtyard to visit Versailles.

Home to the French monarchy since Louis XIV, Versailles is a monument to royal grandeur. Soon, the palace may also become known for its five-star hotel.

Mikael Hautchamp is the deputy administrator for the Palace of Versailles. He opens the front doors to the future luxury lodging, a grand, but dilapidated mansion about a hundred yards from the main palace.

Known as the Hotel du Grand Controle, the mansion was built in the 1680s to serve as the offices and home of the king's treasurer, where he lived with his family and servants. The Hotel du Grand Control was evacuated, along with the rest of Versailles, during the French Revolution. In the 19th and 20th centuries it fell into further disrepair.

"The wall here, it's completely crumbling in parts," Hautchamp points out. "Many parts of this building are in this very damaged situation. It's very difficult for us because our mission is to save the heritage."

Hautchamp says Versailles doesn't have the $7 million it will take to restore the building, which is why it turned to Belgian hotel company Ivy International. The company will renovate the mansion and turn its 23 bedrooms into a luxury hotel.

A percentage of the profits will be paid back to the Palace of Versailles in rent. The restoration is the first in a series of commercial projects aimed at saving French monuments.

Visitors will have chance to see what it felt like to live at Versailles.

"When you're here in the bedroom, you open the window, you have this view," Hautchamps says. "We can see here the Orangerie. And here you can see the castle."

The Orangerie is the greenhouse where Louis XIV stored his 1,700 orange and palm trees throughout the winter months. The restoration of the Hotel du Grand Controle will take place in 2011 and be overseen by France's top historical architect.

"It's quite a pioneering initiative in France for somebody to be able to have the right to take on a project like this in such a historic momentum and transform it into an economic project," says Louise Grether, who manages the project for Ivy International.

Some have been critical about handing over a national treasure to a private operator. But on the streets of Versailles, people seem fine with the idea.

"It surprised me at first," Denise Mosset says. "But if we don't have the money to restore it, this is better than letting it fall into ruin."

Near the palace, bookshop owner Serge Bessiere says he thinks the new hotel will be a fabulous place to stay, and celebrate any occasion.

"Louis XIV never stopped throwing sumptuous feasts and parties to show he was the Sun King and to keep everyone at his mercy," Bessiere says.

In January 2012, when the Hotel de l'Orangerie is completed, overnight guests will be able to drink champagne and stroll in the gardens of Versailles for the first time in 300 years.