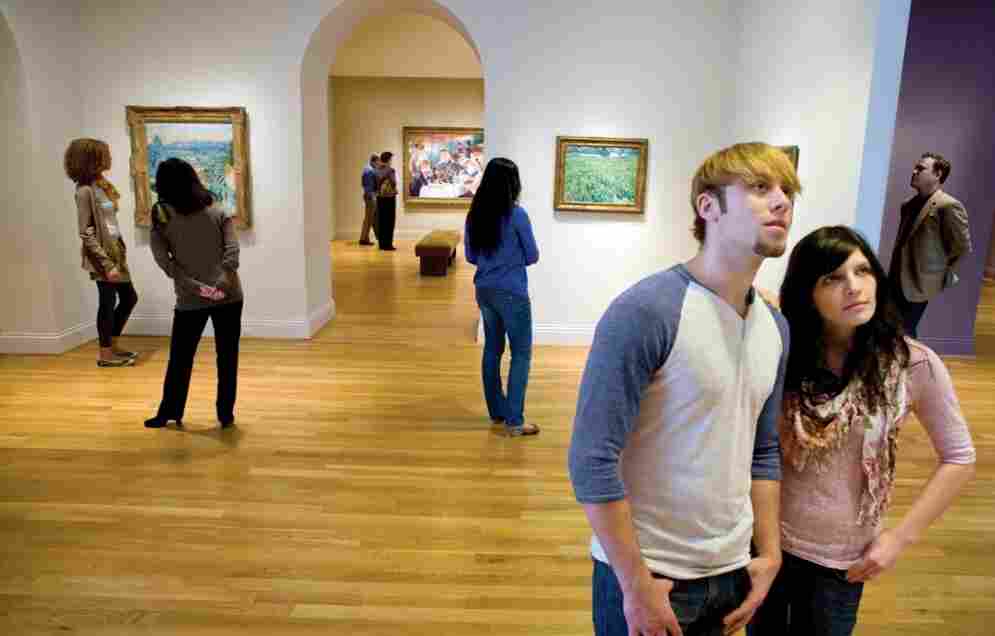 In 1962, as newlyweds and new Washingtonians, my husband and I would stroll down Connecticut Avenue to the Phillips Collection on Sunday afternoons, arrange ourselves on a brocade love seat, light up cigarettes and read The New York Times -- looking up from time to time at a Matisse or a Manet. It was like visiting a really rich friend -- with fabulous taste and a collector's eye.

He decided that art for him was a way to pull out of depression.

Duncan Phillips' great-niece Alice Phillips Swistel remembers making similar visits as a child (although she didn't smoke). Uncle Duncan, who founded the museum in 1921, once came into the nursery where Alice was playing.

"He sat and watched me blow soap bubbles," she says. "He just loved the color of the bubbles, floating, and I thought, that's very unusual for an adult, to want to sit here and not want to talk." 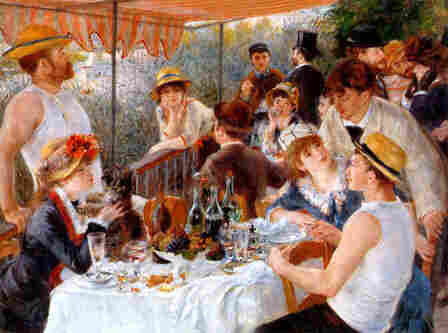 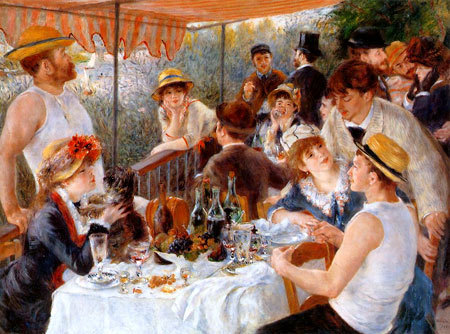 Renoir's Luncheon of the Boating Party

He was unusual. Duncan Phillips loved to look. And he loved to buy what he loved. Phillips director Dorothy Kosinski says that Phillips looked with his eyes and his heart. "It was never about trophies -- I don't think he really thought in those terms," she says of the art collector. "There's the sense of a love affair, that Phillips looks at this and says, 'Oh my god, I've got to have this.' "

The Phillips Collection was created from tragedy. In 1917, Phillips buried his father. A year later, his beloved brother died. In his grief, the collector decided their memorial would be a museum -- free and open to the public. He put new and recent artworks on view in his own home.

"He decided that art for him was a way to pull out of depression," says Swistel. "And to stimulate his love of life and ideas and thinking."

Since then, many have found strength as well as beauty at Duncan Phillips' museum. I went there right after 9/11, to be surrounded, in the midst of all that horror and confusion, by some eternals -- Renoir's remarkable Luncheon of the Boating Party. Goyas, Van Goghs, Cezannes.

"Someone once said the Phillips is like an easy armchair," says artist William Christenberry, whose work is on display at the museum. He says that he loved the intimacy of the place -- as do so many artists. Mark Rothko said it was his favorite museum. 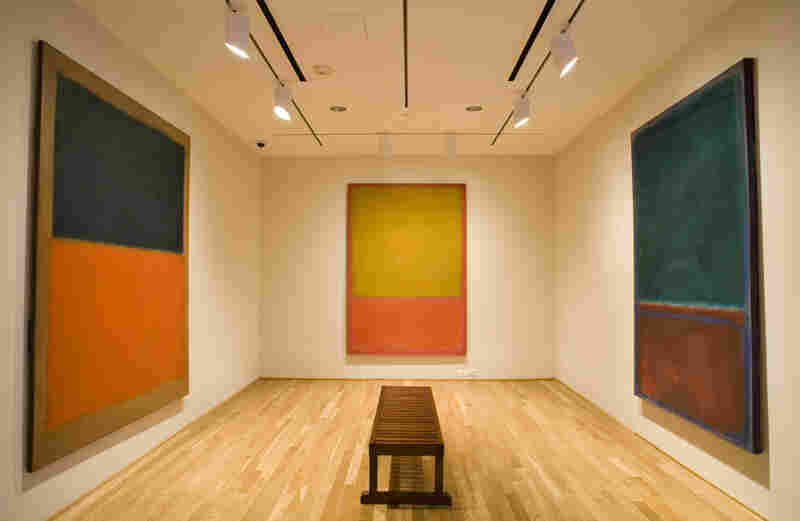 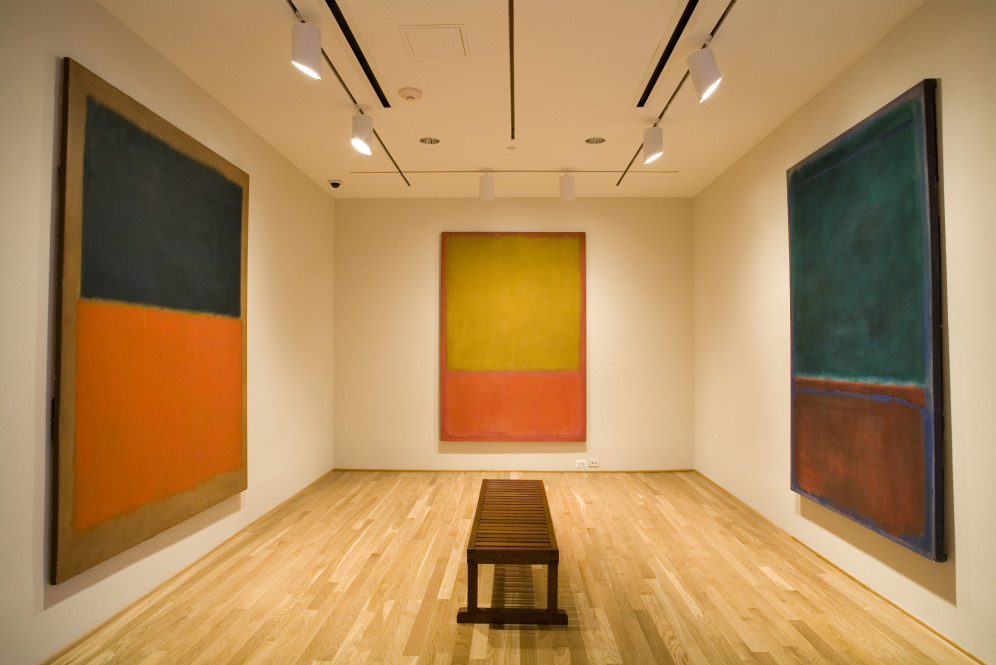 Actor Alfred Molina -- who recently portrayed Rothko on Broadway in the play Red -- says that he came to the Phillips Collection to really experience the painter. Years ago, seeing Rothkos in London, Molina says that he didn't "get" the artist at first: "I thought, OK, they are a bit dull, a bit gloomy."

But in preparing to play Rothko on stage, Molina read up on the painter and then visited the Phillips' Rothko Room -- a small and silent space, with a simple wooden bench in the center and big, dark, glowing canvases on all four walls.

"I found it very moving," says the actor. "Looking at those paintings, in that room. The sense of getting lost inside them. I found it very emotional."

Which is just what Rothko wanted, Molina says: "He didn't want a room full of rational people saying, 'Yes, I like the way the blue turns into green.' He wanted someone to be moved, to be changed by them."

"I'm here to stop your heart" says Rothko in Red. "I'm not here to make pretty pictures." And in the Phillips' Rothko Room, Molina came to understand how to speak the line.

Another artist, author Julia Alvarez, says that she found courage at the Phillips. At the age of 34, divorced with no children (and so a "failure" in her Dominican Republic culture), Alvarez had spent years as a struggling writer. 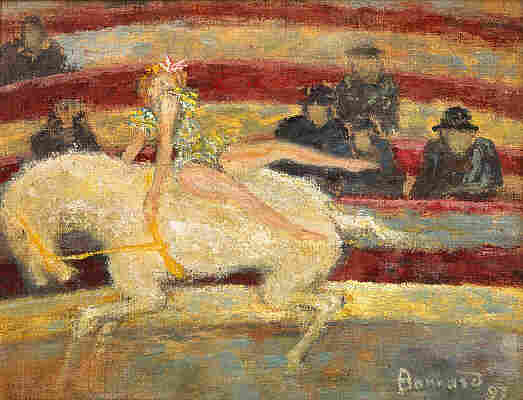 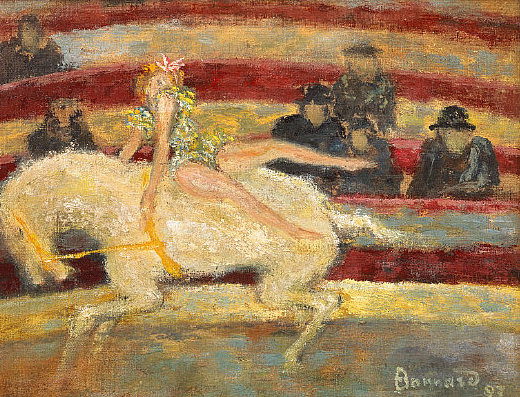 "In fact, I called myself a migrant poet," Alvarez says. "I'd go anywhere where I got a job, teaching poetry in the schools, in prisons, in nursing homes."

In 1984, Alvarez got a teaching and writing position in Washington, and each day on her way to school, she passed the Phillips. One day, she decided to go inside. "I went in there and I wandered into this big wood-paneled room," she says. "And I fell in love."

She spotted a small painting from 1894 by Pierre Bonnard called The Circus Rider.

"That little circus rider was on top of this horse that was such a powerful steed that it was racing off the canvas," Alvarez recalls.

My eyes filled, and I said, 'So here we are.' And when no one was looking – and I'll say this on public radio – I reached up and touched the canvas.

The rider Alvarez describes lies on one hip along the horse's back. She's holding on, not exactly for life, but with great purpose. Behind her, in the stands, some circus-goers are all clad in black. To Alvarez, they looked like judges, just waiting for the rider to lose her grip, but the rider held strong.

"She just stayed focused," Alvarez muses about Bonnard's painting. "She didn't look down, because she would get terrified ... and fall off. She didn't look up at the figures of judgment because she would've gotten scared that they were being critical of her. She just stayed focused. And I thought, she's telling me how to do this. So all that year, when I would have to give a big reading or teach a workshop, I would drop in and get my little infusion of hope. I really think she carried me through that year."

Now a published, prize-winning author, Alvarez returned to Washington recently and went back to the Phillips. The museum had changed and grown since her last visit. There's an admission fee now, plus several additions to Duncan Phillips' original home. 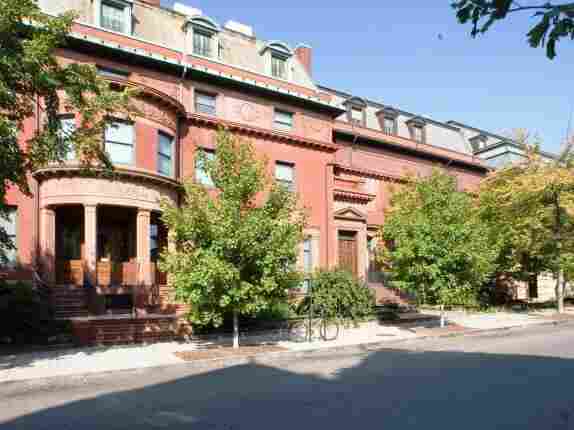 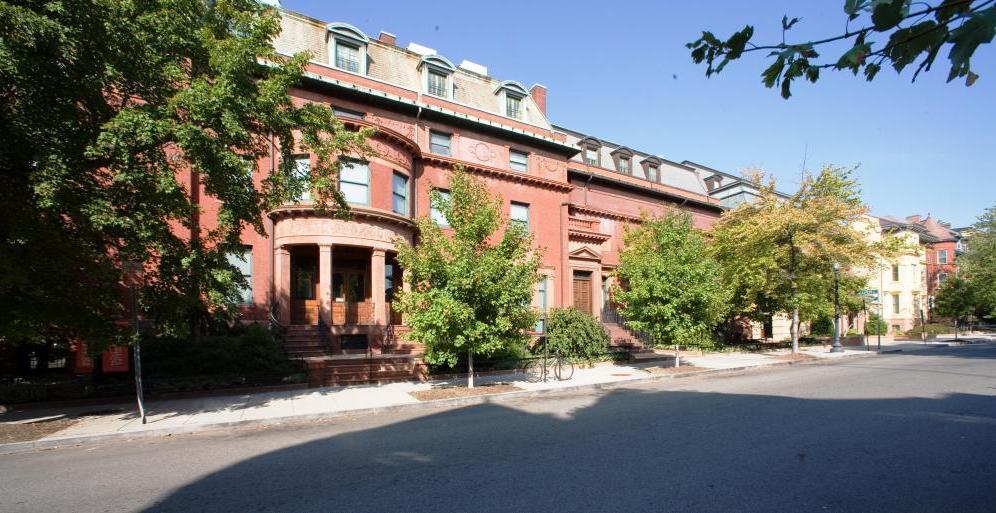 The Phillips Collection in Washington, D.C.

Alvarez had to do some hunting before she found her circus rider once again. But when she found the painting, she says, "My eyes filled, and I said, 'So here we are.' And when no one was looking -- and I'll say this on public radio -- I reached up and touched the canvas."

Alvarez tells her students at Middlebury College about the Phillips Collection and its Circus Rider. There's a great lesson in it, she says -- that it's all about the work. It's not about what people might say or about how dangerous it might get. But it's about staying focused on what you do, and doing what you love.

Duncan Phillips lived that lesson when he began giving beauty to the public 90 years ago. The Phillips Collection remains a repository of lessons about beauty and generosity.