Accessibility links
The Tax Man Cometh, But This Year He'll Be Late The IRS says millions of taxpayers must wait until sometime in "mid- to late February" to begin filing returns with itemized deductions. The agency is scrambling to update forms and software after Congress passed last-minute changes to the tax code.

The Tax Man Cometh, But This Year He'll Be Late

The Tax Man Cometh, But This Year He'll Be Late 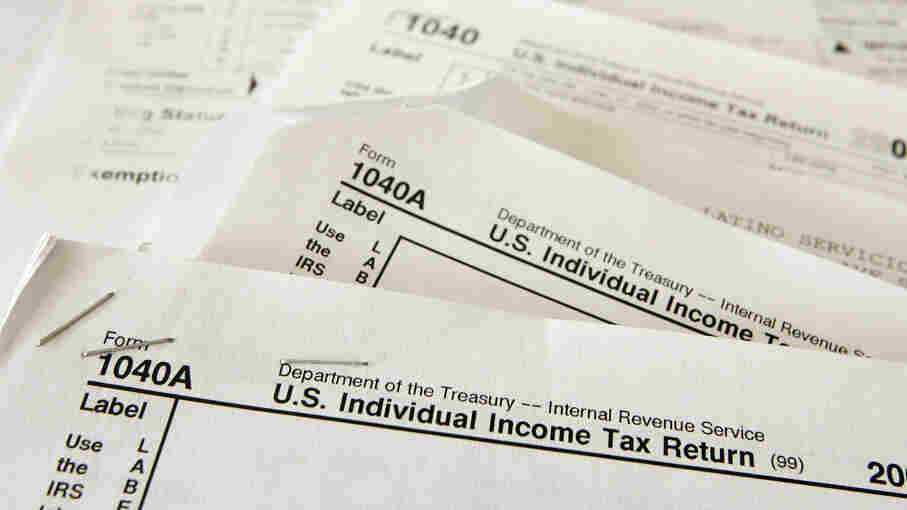 More than 45 million people -- or about one-third of the nation's approximately 140 million taxpayers -- itemize their deductions. Those taxpayers will have to wait until sometime next month to file their returns. Justin Sullivan/Getty Images hide caption 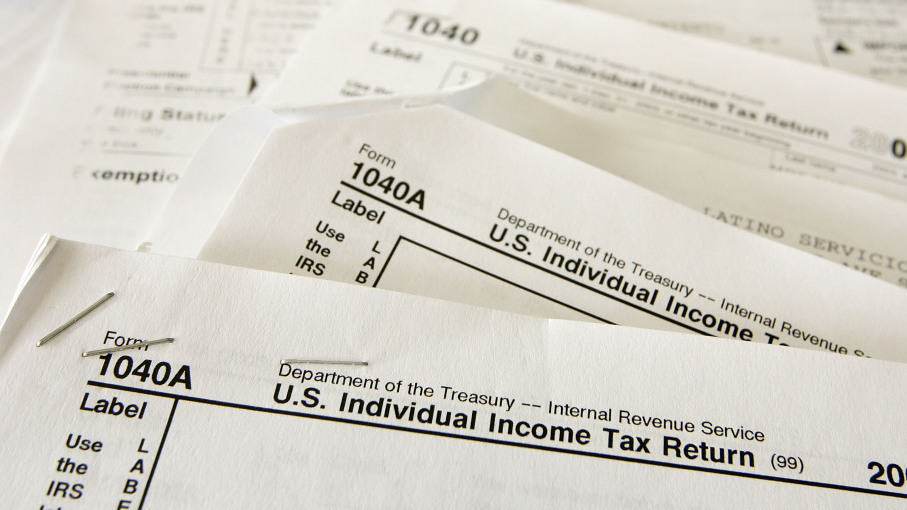 More than 45 million people -- or about one-third of the nation's approximately 140 million taxpayers -- itemize their deductions. Those taxpayers will have to wait until sometime next month to file their returns.

Millions of Americans may be forced to wait weeks to file their taxes as the IRS scrambles to accommodate last-minute tax changes enacted by Congress.

The Internal Revenue Service says taxpayers who itemize deductions won't be able to file until "mid- to late February" while new forms are prepared and software for processing returns is updated.

What this has done is effectively compress the tax season from three months to just six weeks.

"What this has done is effectively compress the tax season from three months to just six weeks," says John Ams, executive vice president of the National Society of Accountants.

The delay hits taxpayers using Form 1040 Schedule A to list deductions as well as people claiming deductions for state and local taxes, college tuition and fees, and educator expenses, according to the IRS. Both paper and electronic returns will be affected.

More than 45 million people -- or about one-third of the nation's approximately 140 million taxpayers -- itemize their deductions, while others take the standard IRS deduction. Although officials say they won't extend this year's tax deadline, people will get a few extra days to file -- until April 18 -- because of a Washington, D.C., holiday.

IRS spokesman Eric Smith emphasizes that the vast majority of taxpayers won't be affected and that for the rest, "it's just a matter of when you hit the button more than anything else."

Late tax-code changes mean taxpayers will need to wait to file paper or electronic returns until sometime next month if they fall into any of these three categories:

"For many Schedule A filers, the returns can be ready to go and it will be easy to file once we know when we can accept them," Smith says. He adds that the IRS will announce the exact date when people can start filing "sometime in February."

The IRS says it will provide updated information on its website.

When the government does give the green light, it will be a simple matter for most tax preparers to finish up and file, says Edward Karl, vice president of taxation for the American Institute of Certified Public Accountants.

Most tax accountants will have "all but the last few items entered in already," he says.

Taxpayers who send in itemized returns might have to wait to file anyway, Karl says. That's because some statements -- like the 1099 (for stock market earnings and other non-salary income) and the 1098 (for mortgage interest) -- typically show up in mailboxes weeks after the more familiar W-2 from employers.

People who use tax preparation software such as TurboTax will still be able to prepare their returns in advance and file them once the IRS begins accepting itemized returns.

"We have taken all the new tax regulations into account," says Julie Miller, a spokeswoman for Intuit, which makes TurboTax. "As soon as the IRS is ready, we'll file it on the customer's behalf."

Karl says it's "no surprise" that the 11th-hour wrangling in Congress over whether to continue Bush-era tax cuts would cause delays at the IRS. The compromise bill, signed into law by President Obama on Dec. 17 as the lame-duck session was coming to a close, extended the cuts for two years for millions of Americans at all income levels.

Some of the changes to the tax code will be a headache for tax preparers and their clients at the busiest time of the year, Ams says. One rule, for example, requires anyone preparing more than 100 returns per year to file them electronically, while the other forces tax preparers to get an identification number.

"Electronic filing is great and most accountants love it. But there are many clients out there, in particular the elderly, who still believe computers are the work of the devil," Ams says. "They don't want sensitive data like tax information going over the Internet."

Smith says the IRS is ready to work with tax preparers to make a smooth transition as it encourages the use of electronic filing and will even offer a waiver for special circumstances.

Regardless of the way people file, for those who plan to itemize deductions and expect to get money back, there are a few basic things that can speed up a return.

"Get organized. Send all your documentation into the tax preparer as soon as you get it," Karl says.

"Most of all, don't wait until the IRS starts accepting these returns," he says. "Get everything in [to the preparer] before that."