Accessibility links
Nine Rappers, One Wu-Tang Clan There had been large groups in hip-hop before, but none featured nine different rappers, as the Wu-Tang Clan did when it made its debut in 1993. Creating a cohesive group out of nine individuals requires discipline and imagination. 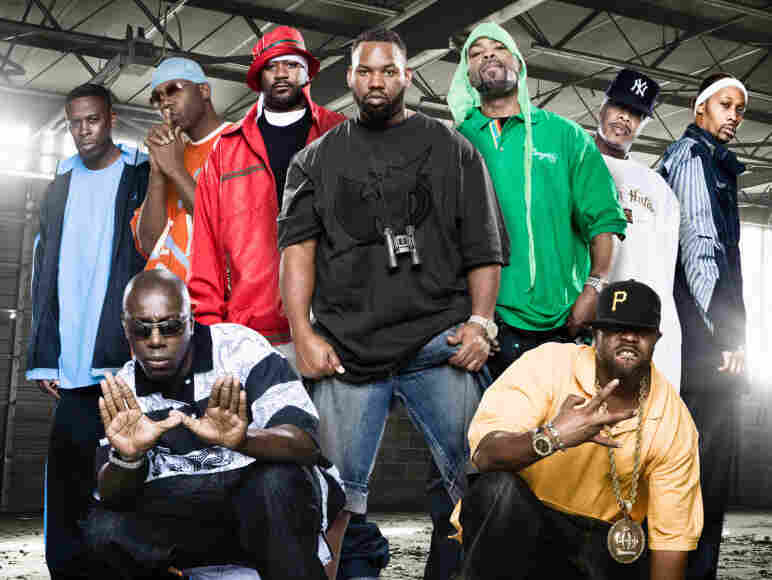 Taking inspiration from martial arts movies, the members of Wu-Tang Clan named themselves after a fictional sect of Chinese swordsmen. Courtesy of the artist hide caption 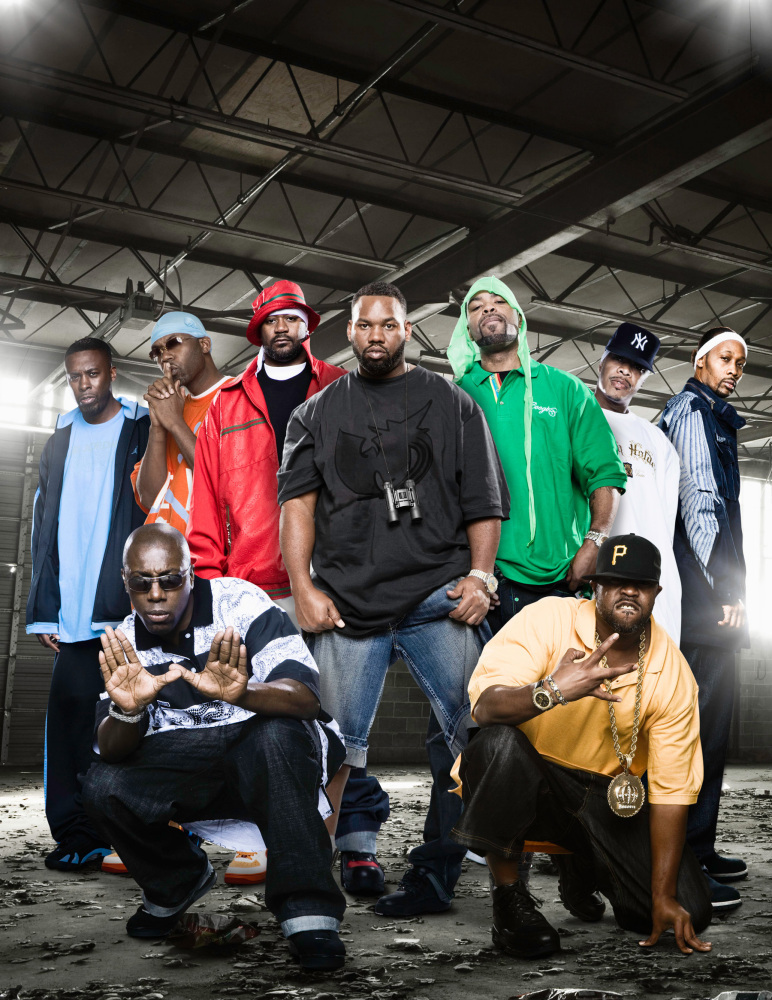 Taking inspiration from martial arts movies, the members of Wu-Tang Clan named themselves after a fictional sect of Chinese swordsmen.

There had been large groups in hip-hop before, but none that featured nine different rappers, as the Wu-Tang Clan did when it made its debut in 1993. Creating a cohesive group out of nine individuals requires discipline and imagination.

There's a moment on the Wu-Tang Clan's classic first album when the members are talking to an interviewer. They compare themselves to the after-school cartoon Voltron, in which five robot lions combine to form one invincible warrior. Like Voltron, the voices of the Wu-Tang Clan seem to fit together seamlessly.

"There were so many diverse voices coming at you at once, very aggressively," writer and producer Sacha Jenkins says. "But at the same time, it was one voice."

In the early 1990s, Jenkins was the editor of a hip-hop fanzine called Ego Trip when a friend played him a tape of a tape of the first Wu-Tang single.

"It didn't feel like a lot of guys," Jenkins says. "That sort of sensibility and that energy just spoke to the chemistry that these guys had. And I believe the hunger they had to sort of change their environment and change their situation."

Most of the Wu-Tang Clan's members grew up on Staten Island. Taking inspiration from martial arts movies, they named themselves after a fictional sect of Chinese swordsmen, and they adopted an ethic of loyalty to one another that was born out of necessity and experience. Mitchell Diggs is the CEO of Wu-Tang Corp. He's also the brother of Robert Diggs, better known as RZA, the clan's producer.

"Me and RZA, we came from a large family -- 11 siblings," Diggs says. "We was pretty much familiar and used to how to balance out that many people at one time."

Both Diggs and his brother had been signed as rappers to major labels before assembling the Wu-Tang Clan, and both had put out solo records that flopped. For the Wu-Tang to succeed, Diggs and RZA had to persuade the other rappers to put the group first, at least for a while. Mitchell Diggs says it wasn't easy.

"The biggest thing was, 'How do you feed nine people off of one deal?' " Diggs says. "We laughed about it. But it was something we thought about. We knew that we had to create solo careers."

The Wu-Tang Clan signed with one record company. But the group's contract made sure each member had the freedom to make his own solo records. That was good for morale and for business. When the Wu-Tang Clan's first album, Enter the Wu-Tang (36 Chambers), sold 1 million copies, all of its MCs were able to cash in, including Lamont Hawkins, who performs as U-God. Hawkins says the Wu-Tang Clan did something together that none of its members could have done alone.

"We come from nothing. And we make something out of nothing," U-God says. "We was trying to create our own industry, our own brand, our own situation, know what I'm saying? So it's like an industry was being built inside an industry."

The Wu-Tang Clan made millions of dollars selling clothing and video games, but success wasn't always sweet. Founding member Ol' Dirty Bastard died of a drug overdose. The other rappers built careers as solo artists or branched out into acting and film scoring. When the Wu-Tang Clan came back together to record, arguments were inevitable. But Mitchell Diggs says the group found a way to resolve them.

"When there's tension, and dudes are beefing, and dudes are whining, we have sit-downs," Diggs says. "We go through 50 songs and say, 'What you don't like?' And then we tweak 'em. And if you still don't like it, you not on that [expletive] song no more. Excuse my French, but get out the way. We like the way the song is, leave it alone."

Occasionally the Wu-Tang's internal disagreements have gone public, as they did during the making of 2007's 8 Diagrams. Rapper Raekwon complained about RZA's atmospheric production style to an online journalist.

Raekwon is using other producers on a solo album that's due out later this year. RZA is not appearing on the Wu-Tang Clan's current tour because he's in Asia directing a martial arts movie. But his brother, Mitchell Diggs, says the Wu-Tang members generally do get along. To make their partnership work, he says, they all share a single dressing room on the road.

"If you can't get in the room, you're gonna come on that stage unfocused," Diggs says. "You're not gonna have the chemistry. Keep the friends and family out. And give them the dressing room so they can meditate, stare at each other. Even if they gotta argue for 10 minutes -- get it off they chest. And when you hit that stage, you are one body."

A partnership more like the Chinese swordsmen who inspired them than most people expected.