Accessibility links
In The 'Net Delusion,' Internet Serves Oppressors From bloggers of Myanmar's 2007 Saffron Revolution to tweeters of the protests that followed Iran's 2009 election, the Internet has proven itself to be a tool in promoting change and democracy in the world. But Evgeny Morozov, author of The Net Delusion, argues that it will mostly do the opposite. 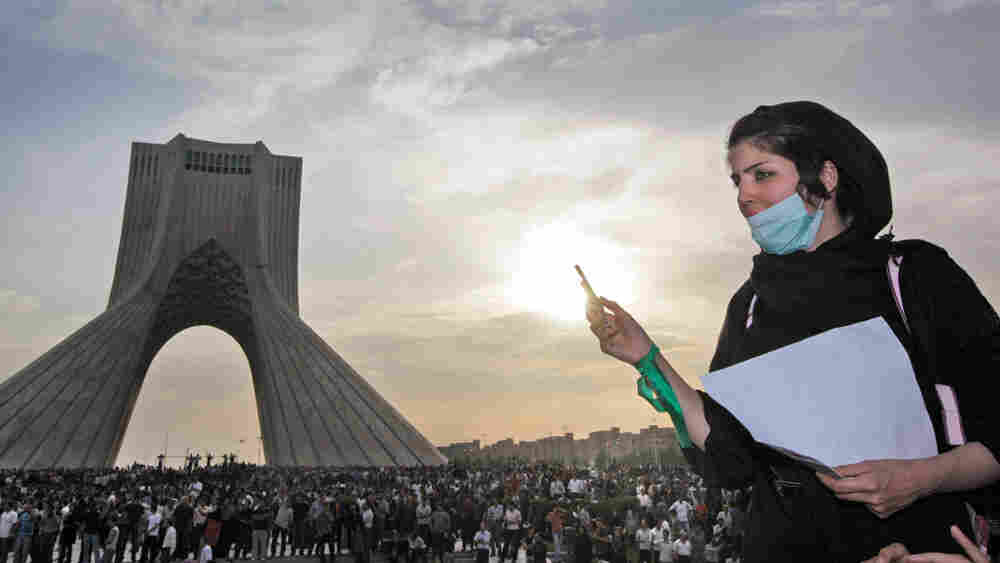 An Iranian woman uses her mobile phone in front of hundreds of thousands of election protesters at a mass rally in Tehran's Azadi (Freedom) Square in 2009. Ben Curtis/AP hide caption

From bloggers of Myanmar's 2007 Saffron Revolution to tweeters of the protests that followed Iran's 2009 election, the Internet has proven itself to be a tool in promoting change and democracy in the world.

But Evgeny Morozov, author of The Net Delusion, argues that it doesn't always work out that way. 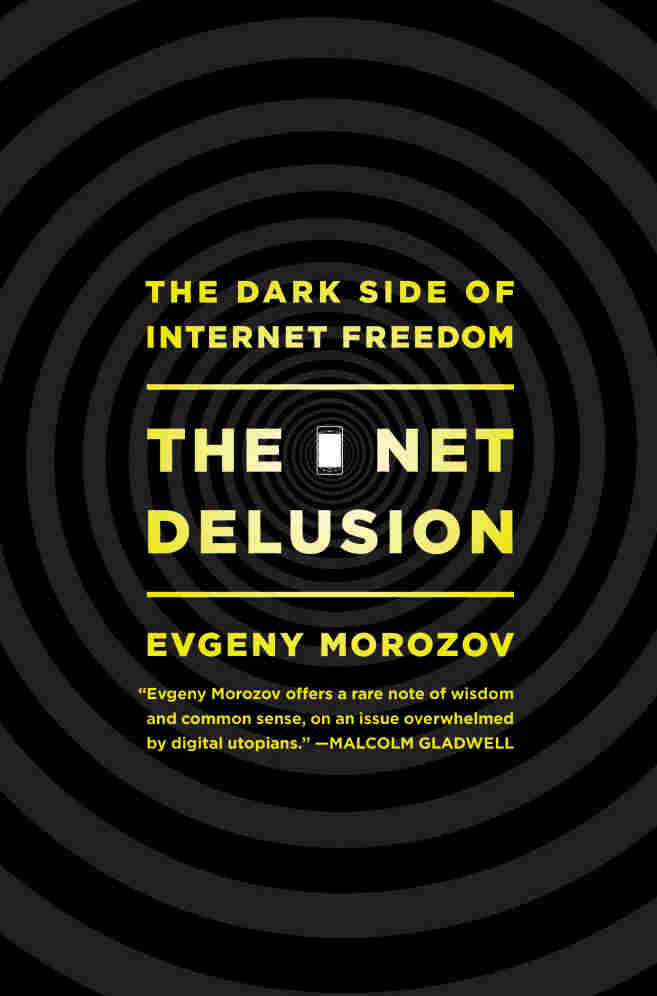 "The change is not always positive," Morozov tells NPR's Neal Conan. "Yes, [social media] are affecting the world. But it also looks like the other side -- the authoritarian governments -- are getting empowered as well."

Sure, election protesters in Iran were able to tweet, blog and record the violence they saw, which prompted some to claim the victory of a social media revolution. But think about the flip side, Morozov cautions.

Authoritarian governments can harness the Internet's power to serve their purposes as well. Some use it for surveillance, Morozov says, "tracking down what's happening on social networks, trying to identify who are all of those people tweeting."

Others use the Web to distribute propaganda.

"We are seeing a lot of these regimes going online and ... creating blog posts and tweets, and even hiring bloggers to push their messages," he explains.

Taken together with more traditional censorship efforts, Morozov says, the Internet "actually empowers the other side much more than it does the social movements and the dissidents and the human rights activists."

Morozov used to think the reverse was true, but during the April 2009 protests against the government in Moldova, he changed his mind.

But because the digital messages on Twitter and Facebook were visible to everyone, much of what happened in Moldova in 2009 was attributed to the Internet.

In June 2009 thousands of young Iranians -- smartphones in their hands -- poured into the stuffy streets of Tehran to protest what they believed to be a fraudulent election. Tensions ran high, and some protesters, in an unthinkable offense, called for the resignation of Ayatollah Khamenei. But many Iranians found the elections to be fair; they were willing to defend the incumbent President Mahmoud Ahmadinejad if needed. Iranian society, buffeted by the conflicting forces of populism, conservatism, and modernity, was facing its most serious political crisis since the 1979 revolution that ended the much-disliked reign of the pro- American Shah Mohammad Reza Pahlavi.

But this was not the story that most Western media chose to prioritize; instead, they preferred to muse on how the Internet was ushering in democracy into the country. "The Revolution Will Be Twittered" was the first in a series of blog posts published by the Atlantic's Andrew Sullivan a few hours after the news of the protests broke. In it, Sullivan zeroed in on the resilience of the popular microblogging site Twitter, arguing that "as the regime shut down other forms of communication, Twitter survived. With some remarkable results." In a later post, even though the "remarkable results" were still nowhere to be seen, Sullivan proclaimed Twitter to be "the critical tool for organizing the resistance in Iran" but didn't bother to quote any evidence to support his claim. Only a few hours after the protests began, his blog emerged as a major information hub that provided almost instantaneous links to Iran-related developments. Thousands of readers who didn't have the stamina to browse hundreds of news sites saw events unfolding in Iran primarily through Sullivan's eyes. (And, as it turned out, his were a rather optimistic pair.)

It didn't take long for Sullivan's version of events to gain hold elsewhere in the blogosphere -- and soon enough, in the traditional media as well. Michelle Malkin, the right-wing blogging diva, suggested that "in the hands of freedom-loving dissidents, the micro-blogging social network is a revolutionary samizdat -- undermining the mullah-cracy's information blockades one Tweet at a time." Marc Ambinder, Sullivan's colleague at the Atlantic, jumped on the bandwagon, too; for him, Twitter was so important that he had to invent a new word, "protagonal," to describe it. "When histories of the Iranian election are written, Twitter will doubtless be cast a protagonal technology that enabled the powerless to survive a brutal crackdown," wrote Ambinder on his blog. The Wall Street Journal's Yochi Dreazen proclaimed that "this [revolution] would not happen without Twitter," while National Public Radio's Daniel Schorr announced that "in Iran, tyranny has run afoul of technology in the form of the Internet, turning a protest into a movement."

Soon technology pundits, excited that their favorite tool was all over the media, were on the case as well. "This is it. The big one. This is the first revolution that has been catapulted onto a global stage and transformed by social media," proclaimed New York University's Clay Shirky in an interview with TED.com.  Twitter seemed omnipotent -- certainly more so than the Iranian police, the United Nations, the U.S. government, and the European Union. Not only would it help to rid Iran of its despicable leader but also convince ordinary Iranians, most of whom vehemently support the government's aggressive pursuit of nuclear enrichment, that they should stop their perpetual fretting about Israel and simply go back to being their usual peaceful selves.

Iran's seemed like a revolution that the whole world was not just watching but also blogging, tweeting, Googling, and YouTubing. It only took a few clicks to get bombarded by links that seemed to shed more light on events in Iran -- quantitatively, if not qualitatively -- than anything carried by what technologists like to condescendingly call "legacy media." While the latter, at least in their rare punditry-free moments of serenity, were still trying to provide some minimal context to the Iranian protests, many Internet users preferred to simply get the raw deal on Twitter, gorging on as many videos, photos, and tweets as they could stomach. Such virtual proximity to events in Tehran, abetted by access to the highly emotional photos and videos shot by protesters themselves, led to unprecedented levels of global empathy with the cause of the Green Movement. But in doing so, such networked intimacy may have also greatly inflated popular expectations of what it could actually achieve.

As the Green Movement lost much of its momentum in the months following the election, it became clear that the Twitter Revolution so many in the West were quick to inaugurate was nothing more than a wild fantasy.

Excerpted from The Net Delusion: The Dark Side of Internet Freedom by arrangement with PublicAffairs, a member of The Perseus Books Group. Copyright 2011. 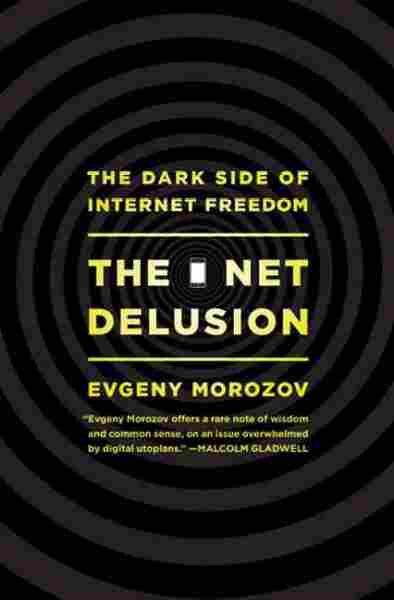 The Dark Side of Internet Freedom