Accessibility links
Dudamel Conducts The L.A. Philharmonic Gustavo Dudamel has been dubbed everything from the "savior of classical music" to "a conducting animal." Hear the young conductor lead the L.A. Philharmonic, and tenor Juan Diego Florez, live in concert. 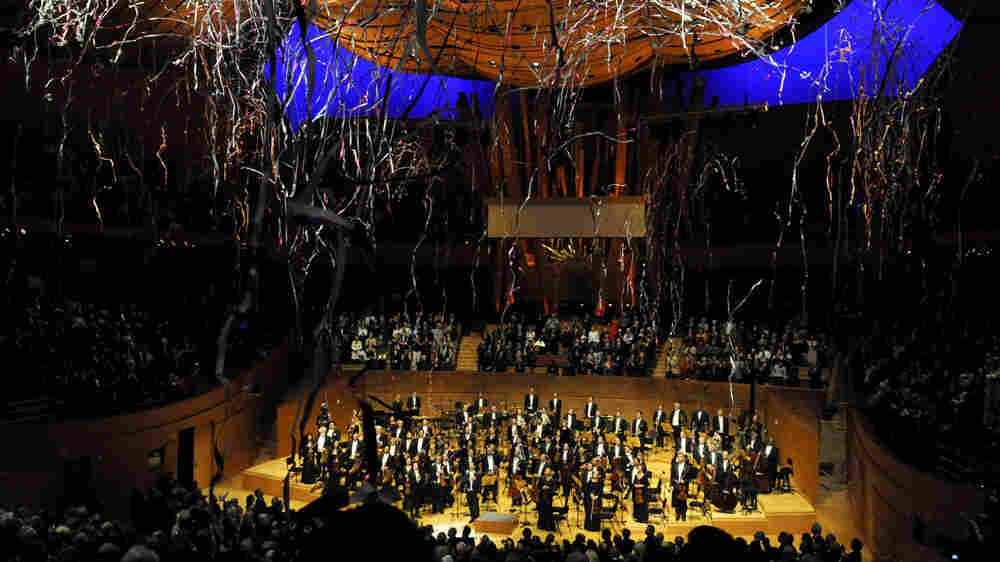 Disney Hall, on the gala opening night of the Gustavo Dudamel's second season at the helm of the L.A. Philharmonic. Matthew Imaging/Los Angeles Philharmonic hide caption 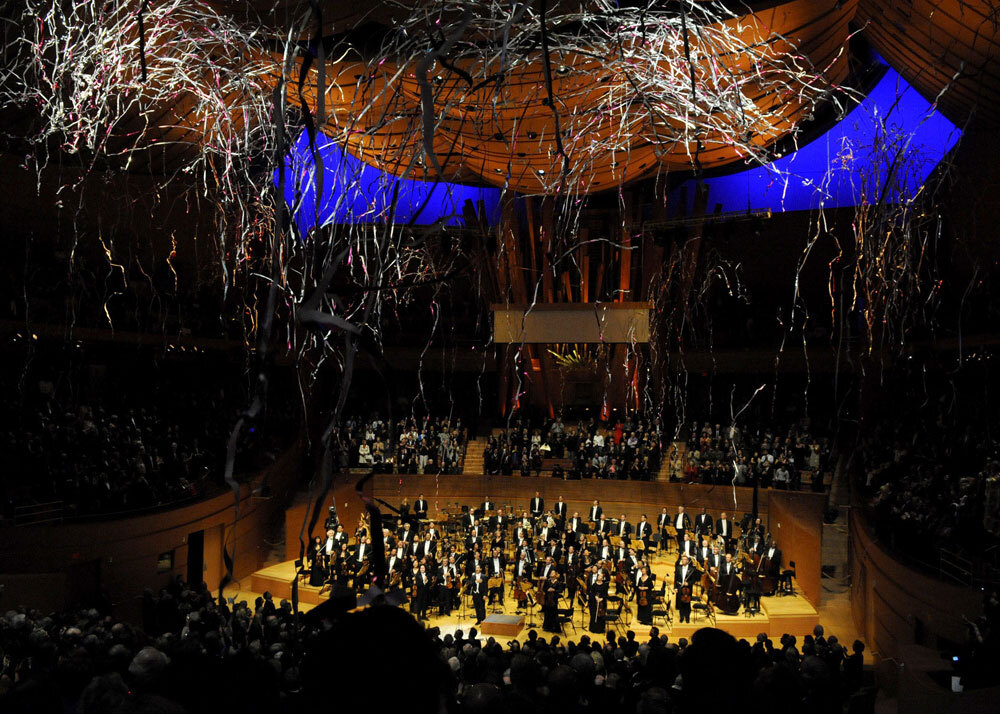 Disney Hall, on the gala opening night of the Gustavo Dudamel's second season at the helm of the L.A. Philharmonic.

Almost exactly one year ago, a 28-year-old conductor named Gustavo Dudamel marked his first concert as the new music director of the Los Angeles Philharmonic. At the time, the classical music world was, it's safe to say, drowning in "Dudamania."

Everyone was buzzing about the new, young Venezuelan who had been dubbed everything from the "savior of classical music" to more appropriate accolades such as "a conducting animal." In any case, there's no doubting Dudamel's passion on the podium.

Now, a year has passed. The shock of the new might have faded a little, but all things Dudamel still command attention. Which is precisely why we're presenting the gala opening concert of the Los Angeles Philharmonic from Walt Disney Concert Hall.

The program, titled "Celebracion," features arguably the hottest conductor on the planet, paired with arguably the finest lyric tenor of his (or many a) generation: Juan Diego Florez.

The Peruvian tenor is a close friend of Dudamel's, and is making his Walt Disney Concert Hall debut. The two pals have concocted a program, centered on the effervescent music of Gioachino Rossini, but also celebrating Latin American pieces and canciones by Pablo Moncayo, Arturo Marquez and Pedro Elias Gutierrez. 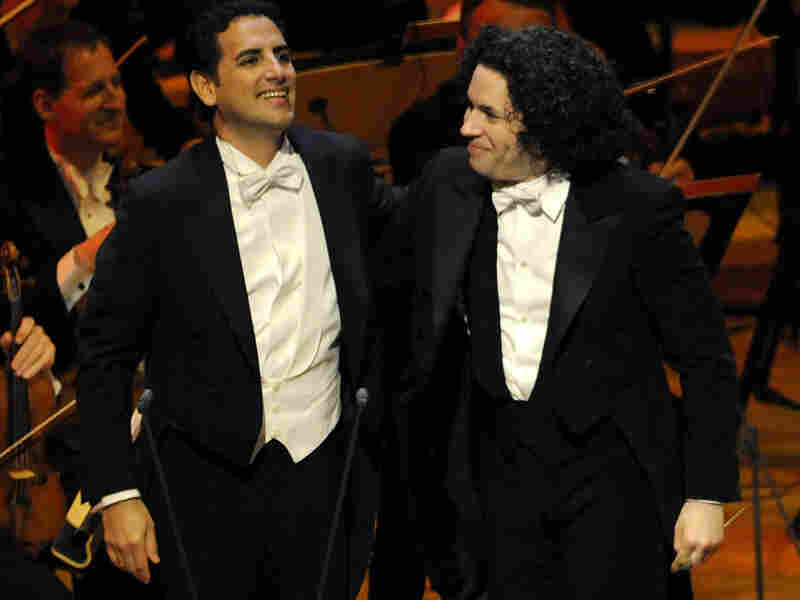 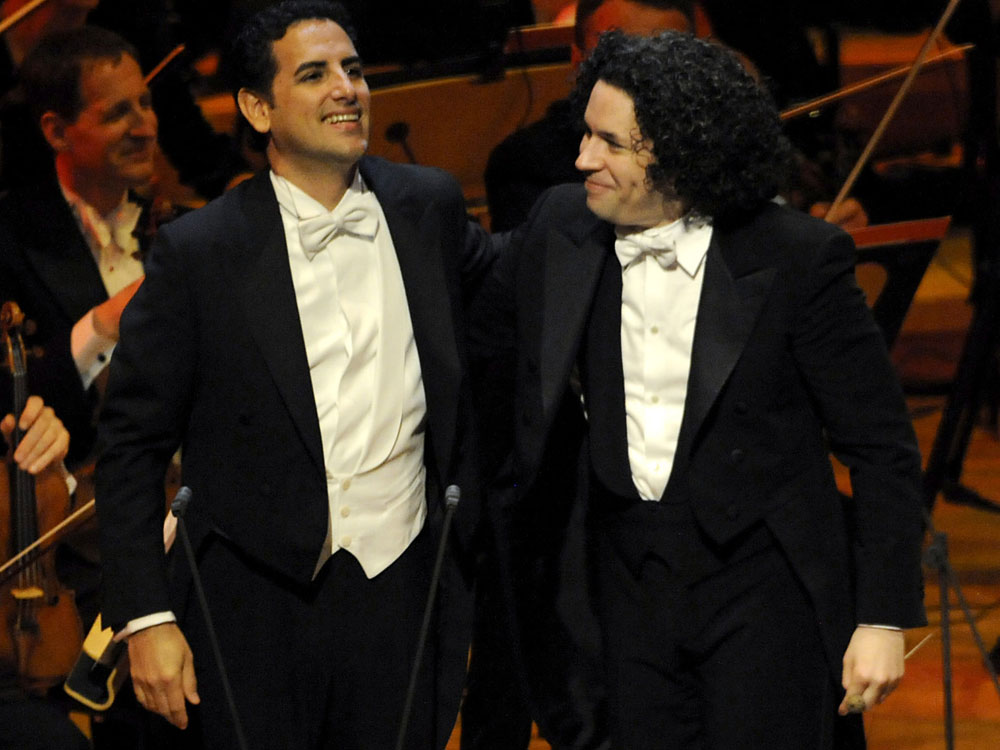 Even before this official second-season opening concert starts, here on the ground in Los Angeles, I can tell that Dudamel's relationship with the orchestra is deepening. This season, he'll be even more visible, leading 12 different subscription programs in addition to tonight's gala. They've already completed their first U.S. tour together, and though critical response was uneven, the players got a chance to spend relaxing time with their dynamic young maestro offstage. The repertoire is also deepening: Among the works Dudamel will conduct this season will be Messiaen's "Turangalila" Symphony, Bruckner's Symphony No. 7, Shostakovich's Symphony No. 9 and Brahms' "A German Requiem."

Listening to Dudamel and the orchestra is necessarily an aural rather than a visual delight. But I maintain that you can hear the excitement on his face, the passion and the fire he brings to every score on his music stand.

Afterwards, he'll no doubt decompress with a little salsa music (a staple on his iPod), and then maybe page through a few books of baby names. Earlier this week, Dudamel announced that he and wife Eloísa Maturén are expecting their first child — a boy. Just one more important ingredient in what will certainly be an exciting season for both Dudamel and his throngs of listeners.