Accessibility links
Museum Hosts Musical Instruments Of 200 Countries A museum in Arizona houses roughly 10,000 instruments, gathered from around the world. One woman went into a Somali refugee camp for some of them, while others came from even more remote places. Presented together in Phoenix, they tell the story of instrumental music. 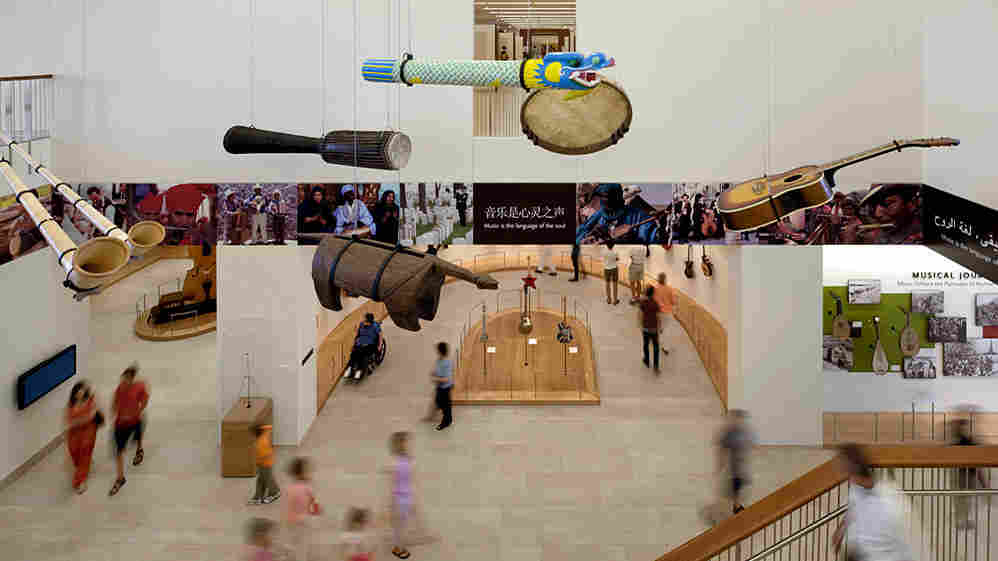 Looking down from the stairs into the guitar gallery at the Museum of Musical Instruments. MIM hide caption 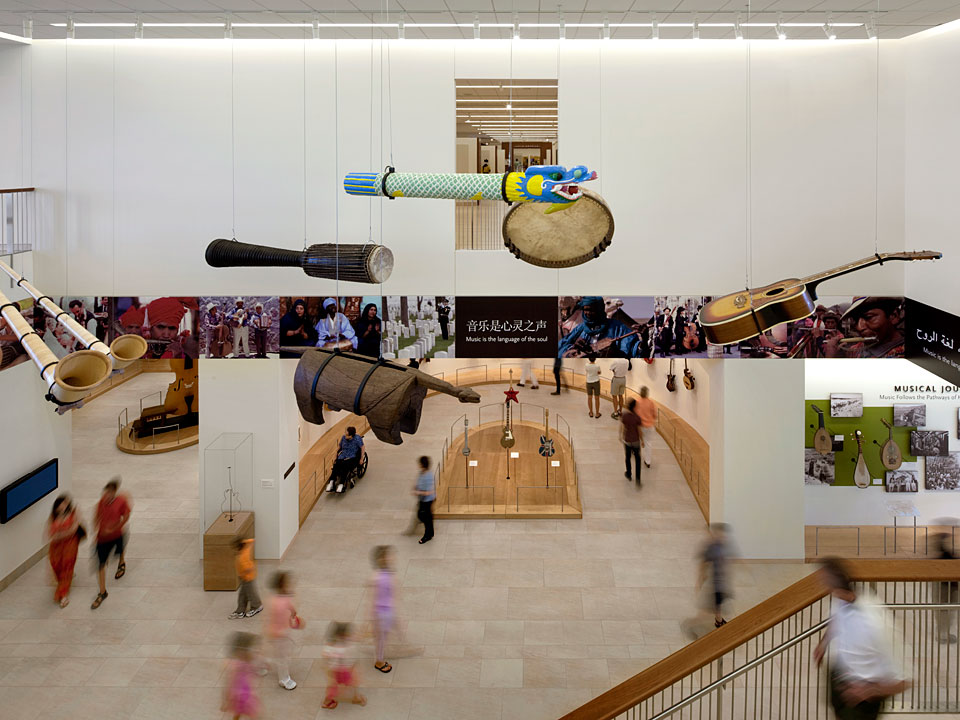 Looking down from the stairs into the guitar gallery at the Museum of Musical Instruments.

The Musical Instrument Museum of Phoenix, which calls itself the largest global instrument museum, is quiet -- but only at first.

"It's one of the most quiet museums you'll ever be in," museum director Bill DeWalt says. "Everyone is listening to the sound through the headphones."

With roughly 10,000 instruments from more than 200 countries, the place would have been cacophonous if they were all playing out loud. Instead, wireless headphones activate when you walk up to a display, which has the instrument itself as well as a video showing a musician playing it in its native setting.

The experience can be private or shared. The person standing next to you hears the same performance.

On her first visit, Carol Gadd took the communal route. She was with her family. Now she's here for a personal experience, to concentrate on the differences in musical cultures. 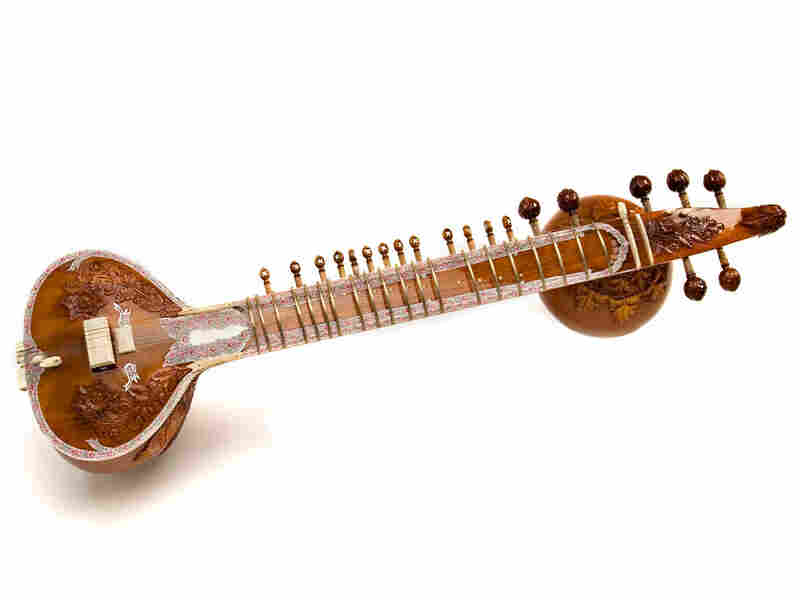 A Sindh sitar in the museum's collection. MIM hide caption 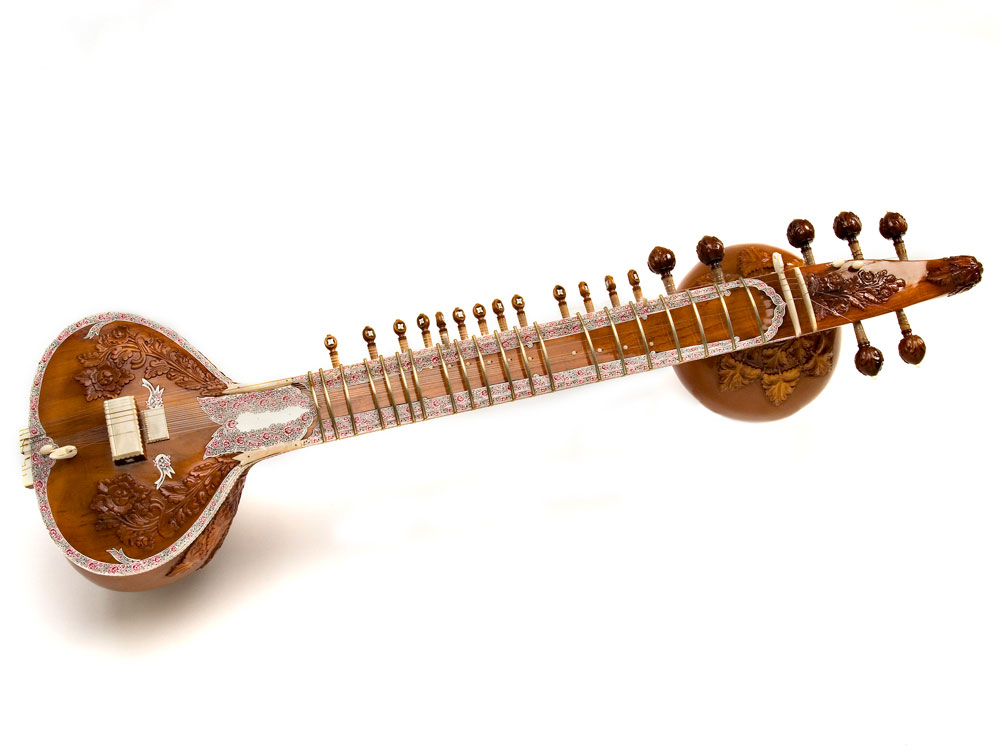 A Sindh sitar in the museum's collection.

"Especially the Latin American countries -- I thought I knew a lot of the beats and I guess I was wrong -- like the Cuban beats and Puerto Rican beats," Gadd says.

One of the countries represented at the MIM, as it is becoming known, is Somalia, and acquiring those instruments wasn't easy. DeWalt says a curator trying to find them couldn't get into the country.

"What she was able to do," he says, "was to embed herself in a U.N. convoy that was going to a refugee camp in eastern Kenya -- Somalian refugees. So she was able to collect Somalian instruments from the refugees living in the camp."

Most of the instruments came from utterly remote places. Some were purchased from collectors.

The most unusual ones to American audiences include a morin khuur from Mongolia -- a stringed instrument with a body that looks like a square guitar. It's held in the lap and played with a bow.

The 190,000-square-foot museum also has a saung gauk harp from Burma, a nyatiti lyre from Kenya, and drums from all over. The museum has instruments that show the ingenuity of people determined to make music -- for instance, a guitar from South Africa made out of a rectangular Castrol oil can.

Some of the individual pieces here are iconic, such as the upright Steinway piano John Lennon used when he composed "Imagine."

Lennon's piano is on long-term loan, but most items in the collection cost money, and the cash came from Bob Ulrich, the former CEO of Target stores. DeWalt says Ulrich loves museums and had the means to build one.

He did it backward, if you use most museums as a guide. Usually, someone gathers art or artifacts and decides to build a museum to house them.

This time, Ulrich established the museum -- which opened this past April -- and hired curators to fill it with instruments. Now all it needs are visitors to find the place.

The audio and a previous Web version of this story incorrectly identified Bob Ulrich as a co-founder of Target stores. Ulrich was CEO of the company.