Accessibility links
The Root: Zora Neale Hurston Was a Conservative This week new stories written by the legendary Harlem Renaissance writer Zora Neale Hurston have come to light. John McWhorter of The Root argues that they show Hurston in a new and more complex way, and perhaps will remind readers that Hurston was one of America's smartest and most beloved conservatives.

The Root: Zora Neale Hurston Was a Conservative

The Root: Zora Neale Hurston Was a Conservative 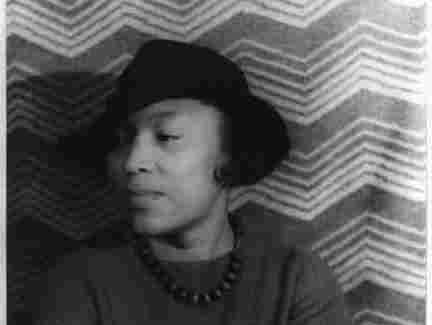 Zora Neale Hurston was a writer who was associated with the Harlem Renaissance movement. Three stories by Hurston which have never been reprinted were recently brought to light. Carl Van Vechten/Library of Congress hide caption 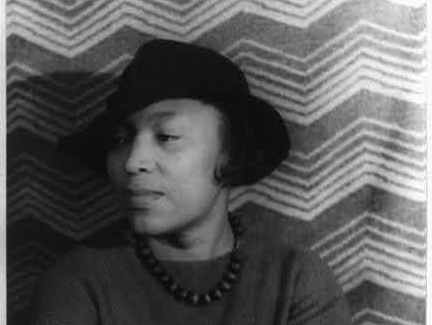 Zora Neale Hurston was a writer who was associated with the Harlem Renaissance movement. Three stories by Hurston which have never been reprinted were recently brought to light.

John McWhorter is a regular contributor to The Root. He is the author of Our Magnificent Bastard Tongue: The Untold History of English.

This week we will hear a certain amount about how the newly unearthed short stories by Zora Neale Hurston reveal her interest in urban black culture, often obscured because of her rural focus in books like Their Eyes Were Watching God. Seeing Hurston rounded out for us is always welcome because she was complicated indeed. Besides her urban side, I have always valued her for being America's favorite black conservative.

One would be pardoned for supposing that there could be such a figure only among whites. But she is black people's favorite black conservative, quiet though her conservatism is kept. The reason this is important is not just to show something as uninteresting as that there have always been black conservatives. We know. Hurston's value is that she is not someone who most would immediately suppose was un-PC.

A common response to black conservatives is to suppose that they need to be taken into a corner and studiously informed that their views are based on the naivete that comes from growing up "fortunate," and are dangerous in fostering racism. "If we could only talk to him for a while" -- surely he's misled.

Yet one senses that if you tried this with Hurston, she might leave you crumpled up on the floor in that corner. She'd have none of it, especially the idea that she must not be "really black." Because -- and we all feel it too -- she most certainly was, according to any definition anyone might have.

To wit, Zora Neale Hurston was a thoroughly black waw-man who would gladly have peddled her wares on Fox News today. As we accept political diversity among black people, we need to keep this part of Hurston in mind in addition to the rest of her.

For example, one thing that will put black conservatives in our faces even more is that there are now two of them in Congress. Allen West of Florida, asked in the New York Times this weekend whether he felt proud when Obama was elected, coolly said, "I don't look to a man to get pride in myself."

Hurston would have understood that sense that black people are, in the end, individuals rather than the sum of an abstract "blackness," as she indicates here: "Suppose a Negro does something really magnificent, and I glory, not in the benefit to mankind, but in the fact that the doer was a Negro. Must I not also go hang my head in shame when a member of my race does something execrable? The white race did not go into a laboratory and invent incandescent light. That was Edison. If you are under the impression that every white man is an Edison, just look around a bit."

And like West, she wouldn't have been up for cheering when someone who said that Democrats take us for granted signed up as an "independent" but then voted Democratic every time anyway. "It's time for us to cease to allow ourselves to be delivered as a mob by persuasive ‘friends' and become individual citizens," she said -- and voted Republican. Now, Republicans then were different from Republicans now -- but there is all evidence that even now, she would have voted Republican at least most of the time.

Here she is on what would later be called affirmative action: "If I say a whole system must be upset for me to win, I am saying that I cannot sit in the game, and that safer rules must be made to give me a chance. I repudiate that. If others are in there, deal me a hand and let me see what I can make of it, even though I know some in there are dealing from the bottom and cheating like hell in other ways."

Get that last line: She knew very well that society isn't fair -- i.e., about what we call societal racism and so on. She just thought that part of overcoming was learning how to work the system rather than overturn it. She did not go for the idea -- now so ensconced that it hardly seems an ideology -- that correct black thought is radical rather than liberal.

To her, the position of supplicant was intolerable, and she resisted the idea that her color should have made her feel differently, despite the horrors of history of which she was all too aware. She mocked the outstretched hand: " 'We were brought here against our will. We were held as slaves for two hundred and forty-six years. We are in no way responsible for anything. We are dependents. We are due something from the labor of our ancestors. Look upon us with pity and give!' "

Interesting: If there is one thing that all of the best-known black conservatives have in common when you meet them, it is that visceral resistance to a sense of victimhood or any fear of whites and What They Might Do. The people so often accused of being self-hating -- Michael Steele, Ward Connerly, Clarence Thomas, Walter Williams, Thomas Sowell, Larry Elder, Star Parker -- are actually quite markedly proud. It's no surprise to me that Hurston was, too.

That pride extended to her own people -- former Rep. Diane Watson of California could not have said of Hurston, as she did of Connerly, that she didn't like being black. Here was someone who depicted Moses speaking black English as a mark of wisdom and found Fisk Jubilee Singers-type arrangements of spirituals "a determined effort to squeeze all of the rich black juice out of the songs and present a sort of musical octoroon to the public."

And yet -- she always throws you in such welcome ways -- she also refrained from the escapist mythology of painting black Americans as exotically "African." Researching poor whites, she found that their speech almost eerily paralleled that of rural blacks. "After my fit of jealousy was cooled off, I realized that Negroes introduced into N. America spoke no English at all, and learned from the whites. Our sense of rhythm points it up a bit, but the expressions for the most part are English held over from the Colonial period." She's right on this; here and metaphorically, she understood that we are Americans.

She was truly spun gold. I wish her combination of starchy politics and vivid black authenticity could be brought to life beyond ancient think pieces and letter excerpts. Maybe Tyler Perry can think about a Harlem Renaissance movie. I suggest Queen Latifah as Hurston, by the way.