Accessibility links
Training And Trust: Partners On The Flying Trapeze When your job is to soar and somersault 45 feet above the ground, you really have to trust your co-workers. As part of NPR's series on creative partnerships, Elizabeth Blair talked with "flier" Andrey Shapin and "catcher" Sergei Philippenko, two trapeze artists in Cirque du Soleil.

Trapeze artists dressed as scarabs soar high above the stage in a routine that combines many circus disciplines, including banquine, Russian swing and swinging chair.

Cecil B. DeMille once called flying trapeze artists "the daredevil performers who slap death in the face." That description might be a little over the top, but it rings true when you watch trapeze artists soar and somersault nearly 46 feet in the air. 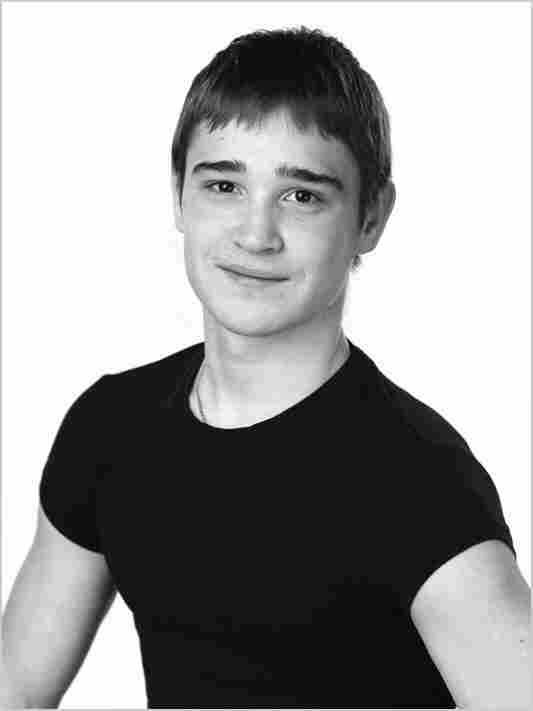 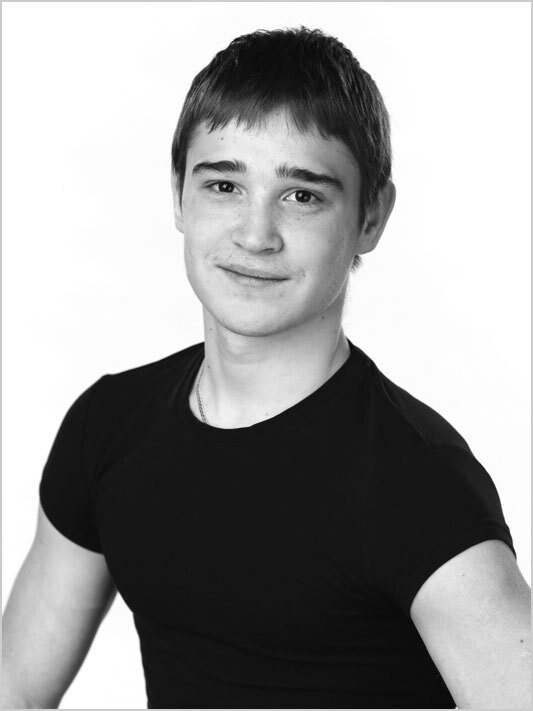 Russian gymnast Andrey Shapin is a "flier" in Cirque du Soleil's OVO. "I have a lot of adrenaline every day," he says. 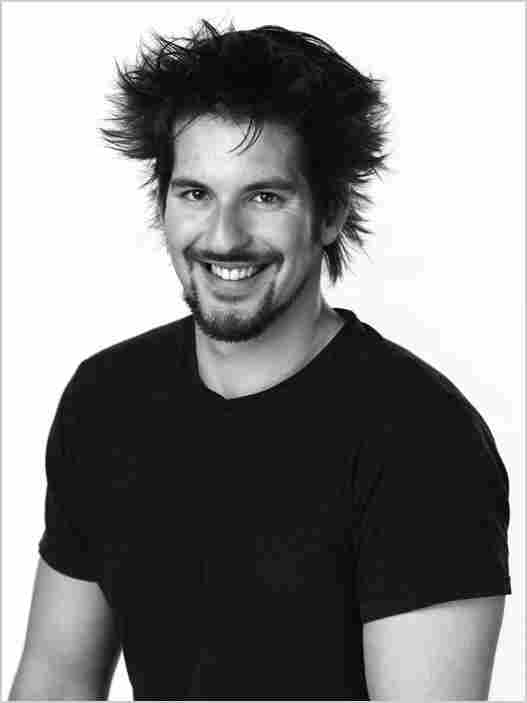 Sergei Philippenko is responsible for catching Shapin. "My job is to save him all the time," Philippenko says. Cirque du Soleil hide caption 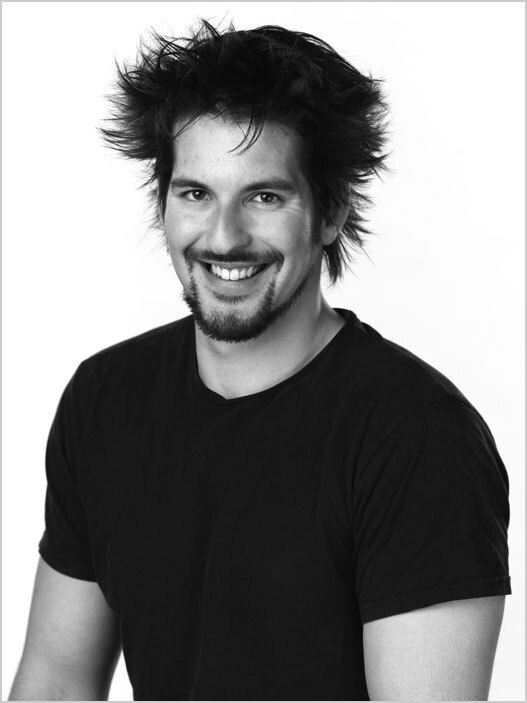 Sergei Philippenko is responsible for catching Shapin. "My job is to save him all the time," Philippenko says.

This heart-stopping performance is part of OVO, the Cirque du Soleil show currently touring the U.S. "It's an incredibly difficult act to do," says Marjon van Grunsven, OVO's artistic director. "Even just jumping. It takes courage to do that." A flying act, she says, is built on trust -- but first, each artist needs individual strength and training.

Take flier Andrey Shapin. He was a gymnast in Russia before he joined Cirque du Soleil two years ago -- and he'd never flown before. Van Grunsven describes Shapin as a highly disciplined, elite athlete who literally had to learn to fly. Now, he does most of the flights in the act, she says. "Andrey has developed an incredible amount. This guy to me is like a rock star."

Shapin's main catcher is Sergei Philippenko. In both body type and temperament, the two men could not be more different. Philippenko is 6 feet, 1 inch, in his late 20s, and comes across as easygoing. Shapin is much smaller and younger and admits he gets nervous. "When I do my act, my heart ... knocks so fast," says Shapin, beating his heart with his fist. "I have a lot of adrenaline every day."

Philippenko, on the other hand, is like Shapin's laid-back older brother. Ask the statuesque catcher if he gets nervous, and he shrugs, "Not really." To help the flier relax, especially before a jump, Philippenko says the catcher needs to stay calm and listen. "That's a very important part of the catcher," he says.

Cirque du Soleil's show OVO has an insect theme. The fliers and catchers are scarabs -- it's like the heavy metal part of the show. Even wearing thick costumes that look like armor (click here to see the costumes close-up) Shapin does flips, layouts and twists with astonishing grace. Philippenko says he is there to protect him. "My job is to save him all the time," Philippenko says.

I just know he will catch me. This is for sure.

Imagine saving someone while swinging by your legs, upside down on a bar, while your partner is diving toward you at high speed. Shapin says of his catcher Philippenko: "I just know he will catch me. This is for sure."

"Their life literally is in each other's hands," says van Grunsven, "so if they don't trust each other, we have a big problem."

More In The 'Creative Partnership' Series

We explore how two artists work together, sort out their differences and thrive in their creative work.

When Done Right, Little Gets Lost In Translation

Shapin and Philippenko and the other artists in the flying act perform eight, sometimes 10 times a week. And though they may differ in size and demeanor, what they do have in common is the hours and hours of training it takes to be in the exceptionally adventurous Cirque du Soleil.

Philippenko and Shapin say the trust they've developed comes from talking to each other a lot whether they're on the ground or "up there." Shapin explains, "We always speak. We have fun, [tell] jokes. Sometimes if I have [a] good song, I give it to him and we're singing together, even when we're up there."

Philippenko calls the time they spend at the highest point of the big top "privileged." When they're not performing, he says they're constantly surrounded by the other 66 artists in Cirque du Soleil -- they all live together in fairly close quarters. But Shapin says Philippenko knows more about him than anyone else.

"We have a lot of people around us all the time, but when we're up there, it's only us," Philippenko says. "I like this moment. Nobody can touch us."