Accessibility links
Paris Barclay: A TV Insider With An Outsider Instinct The veteran director and producer talks with Neda Ulaby about his TV career, from NYPD Blue to Sons of Anarchy and Glee, and shares his experience as one of Hollywood's few openly gay African-American decision-makers. 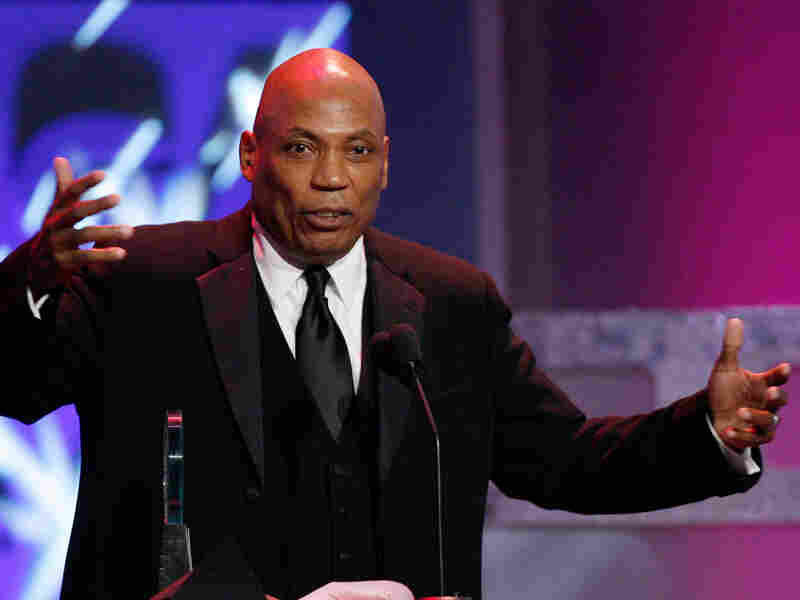 Paris Barclay, here at the 59th Annual Directors Guild of America Awards in 2007, is the vice president and the first black officer of the guild. Kevin Winter/Getty Images hide caption 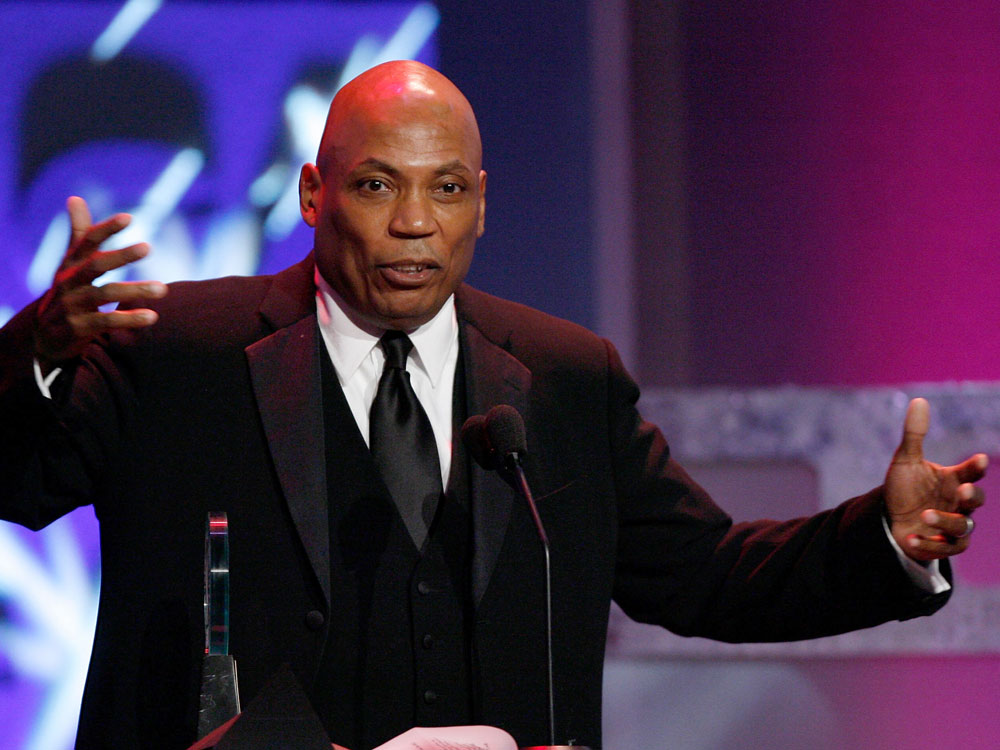 Paris Barclay, here at the 59th Annual Directors Guild of America Awards in 2007, is the vice president and the first black officer of the guild.

In a dimly lit production room in Hollywood, television director Paris Barclay intently scrutinizes a scene from the HBO show In Treatment. Sprawled over a lumpy brown couch, as if in therapy himself, he narrows his eyes in disapproval as editor Joe Hobeck takes him through a sequence, shot by shot. Barclay directed this episode, and he's one of the series' executive producers.

"Ewww!" Barclay shouts. "Wait, wait, what's the shot that's happening when he gets up and it becomes a nothing shot?"

Barclay knows from shots. If you've watched even a moderate amount of television in the past 15 years, you've seen his work. He has directed such old-school favorites as ER and NYPD Blue as well as the most talked-about newbies, including Glee and The Good Wife. He has directed episodes of The West Wing, House, Lost, CSI and many more, collecting multiple Emmys and Peabody awards along the way. Barclay is the vice president -- and first African-American officer -- of the Directors Guild of America. And he's an openly gay man, married with two kids. He's busy.

"I'm booked six months in advance," Barclay muses. "I'm famous for doing a lot of episode No. 2s. After someone has spent millions on the pilot, I'm the person they call and say, 'OK, we're doing the second episode and we only have two dollars and 95 cents. But we want it to look exactly like the 10- to 20-million-dollar pilot!'" 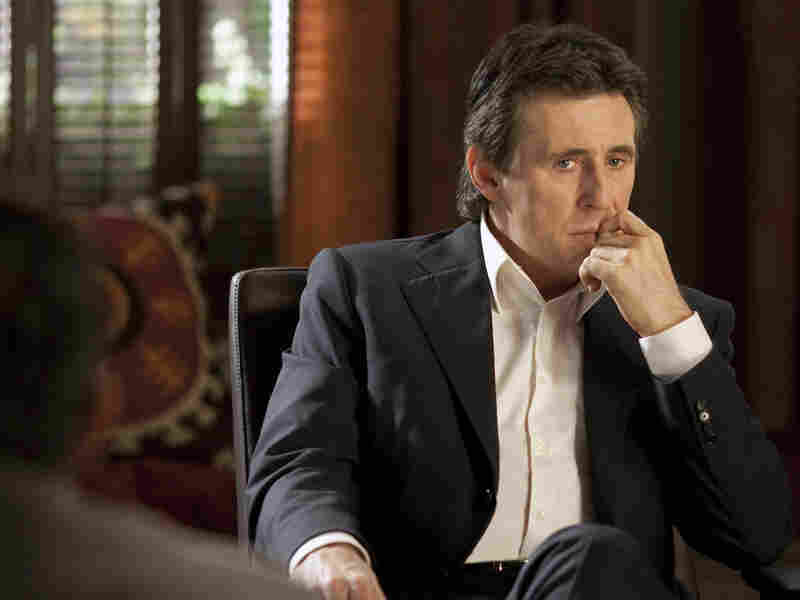 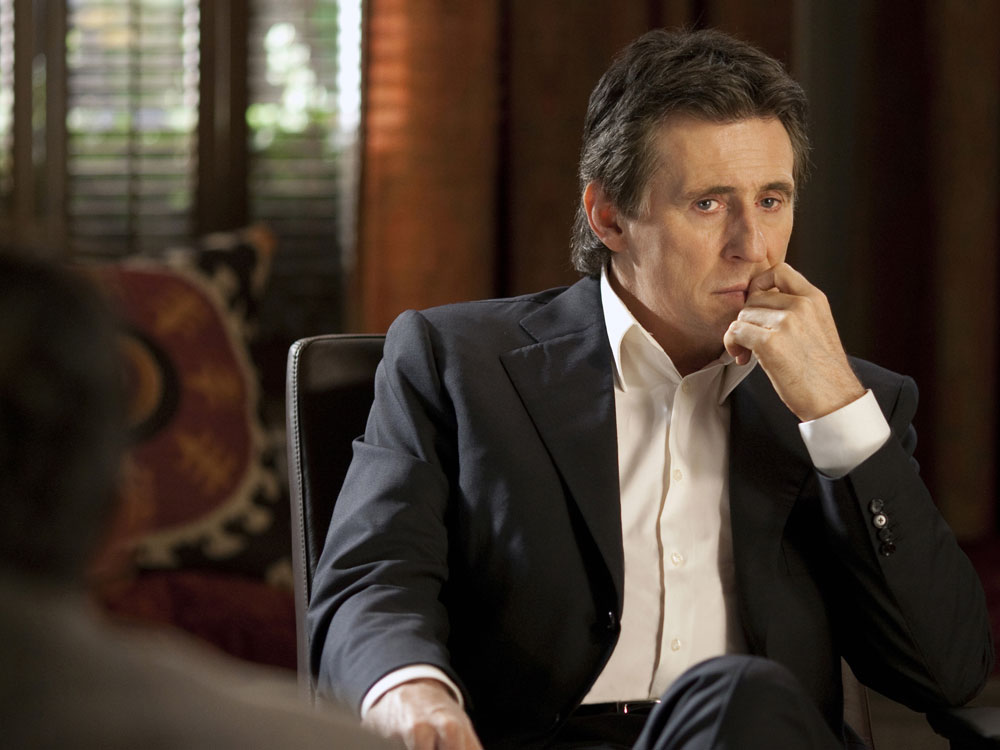 Barclay is an executive producer and director of In Treatment, which stars Gabriel Byrne as psychotherapist Dr. Paul Weston.

Glee creator Ryan Murphy has credited Barclay with helping the hit series find its groove. Barclay is known for immersing himself in the visual culture of the shows he directs -- as well as their rhythm, language and sensibility -- to present each program at its distinctive best.

"It's not about saying, 'Oh, this would be so fantastic; I'm going to shoot [In Treatment] like Quentin Tarantino would, just to show how incredibly clever I can be,' " Barclay remarked dryly.

There's not a lot of continuity in TV directing. Any given episode might be helmed by a different director from the one before. Experienced directors smoothly veer from realizing gritty action sequences, flashy musical numbers and moody medical dramas, all in the course of a month or so. The job demands versatility and emotional intuition, the ability to understand characters without knowing what will become of them over the course of the season.

"You're in and out," observed TV veteran Kurt Sutter. "It's a pretty thankless task sometimes for directors."

Sutter first worked with Barclay on his show The Shield, and the two have teamed up together again on the critically acclaimed FX series Sons of Anarchy, about a racist, gun-smuggling Northern California biker gang.  After trying to get Barclay more involved for much of the first two seasons, Sutter has secured him as something like a director-in-residence for the next one.

"Quite honestly, thematically, there's no one that understands what it's like to be an outsider -- an outlaw, if you will -- than a gay black man," Sutter said.

Before Barclay became one of Hollywood's go-to TV directors, he was a kid who escaped his rough Chicago neighborhood with a scholarship to an elite Midwestern boarding school. 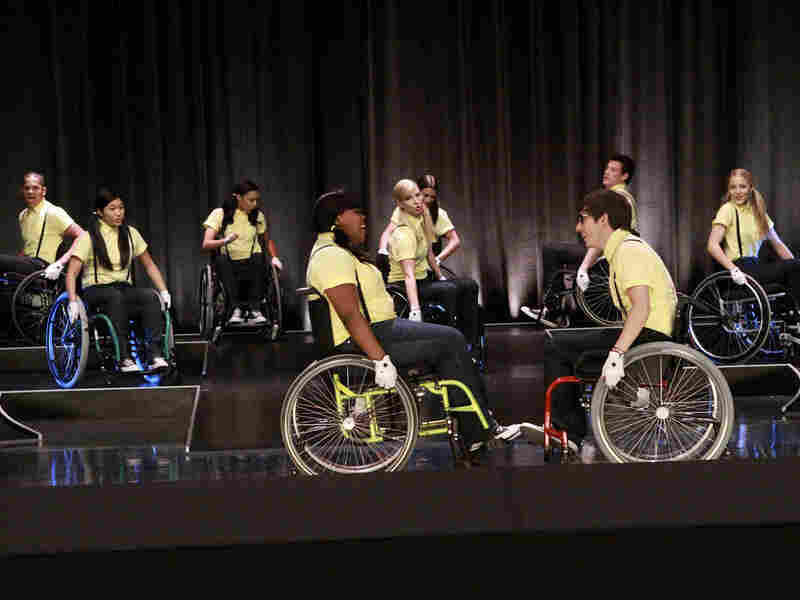 The cast of Glee performs in "Wheels," an episode for which Barclay earned an Emmy nomination in 2010. Carin Baer/FOX hide caption 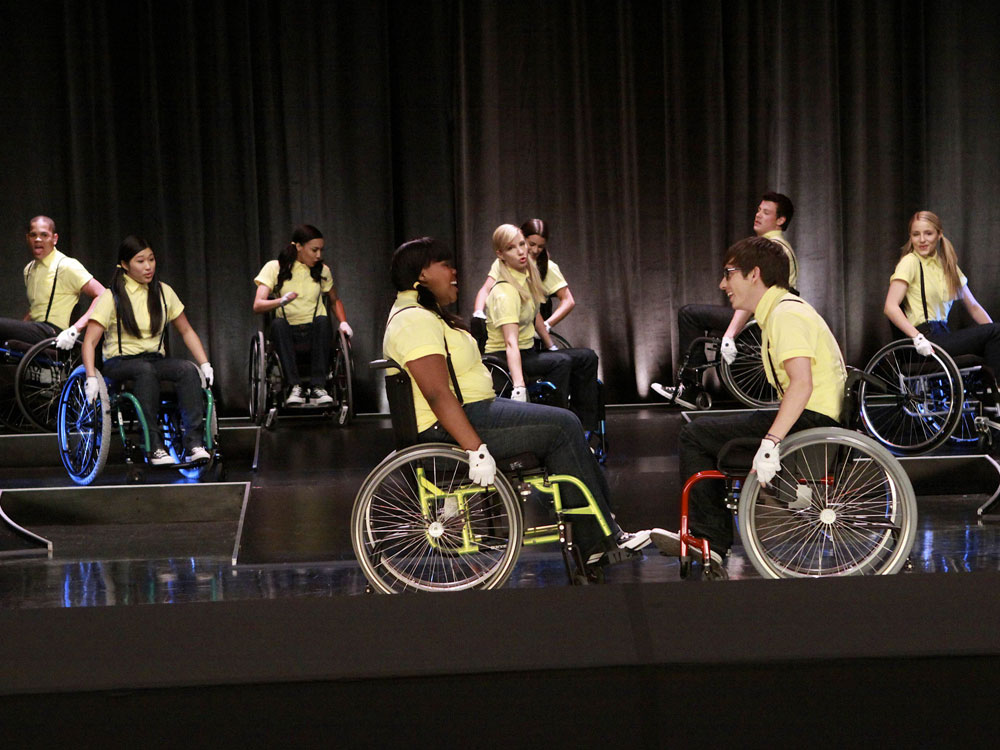 The cast of Glee performs in "Wheels," an episode for which Barclay earned an Emmy nomination in 2010.

"I was going to be the first black student at this very small, very white school in Indiana -- which is, by the way, the home of the KKK," Barclay recalls. "And I thought to myself, 'I need some backup.' So, I didn't want to go alone."

Barclay finagled another scholarship for his brother.

In high school, Barclay developed an abiding taste for theater. As a Harvard undergrad, he wrote shows for the school's venerable Hasty Pudding theatricals club. (He has since written 16 musicals.) Barclay graduated in 1979 and went from a career in advertising to directing music videos for such musicians as Janet Jackson, Bob Dylan and LL Cool J.

Now Barclay is one of Hollywood's very few openly gay black decision-makers. He is used to hearing the same line, repeatedly, when other industry executives see scripts with queer black characters.

He sarcastically switches back to channeling mainstream Hollywood. " 'But if they're gay and black ... I just think that's too overwhelming.' "

Still, Barclay sees some incremental change, pointing to shows such as HBO's True Blood. And he has been exploring a new interest in developing entertainment for kids; he and his husband have adopted two children from the Los Angeles foster care system.

"There's 35,000 kids in foster care just in this L.A. County region," he says evenly. "Many of them are dark-skinned like myself and not being adopted because of that. And that made me furious."

Barclay's first impulse with his husband was to adopt as many as possible.

"We settled on two; we thought, 'Let's not be too ambitious,' " he says. "Since then, they've changed our lives."

Perhaps not surprisingly, a couple of the tween-centric shows Barclay is currently developing take on intolerance as a principal theme. For all the progress Barclay, his marriage and his career represent, it's that, he says, that'll be the crisis of his kids' generation.