Accessibility links
Wahlberg, Russell Pack 'Fighter' Full Of Punches Mark Wahlberg and David O. Russell talk about creating a movie based on the real-life boxer Micky Ward, who won a welterweight championship in 2000 after several years away from the boxing ring. 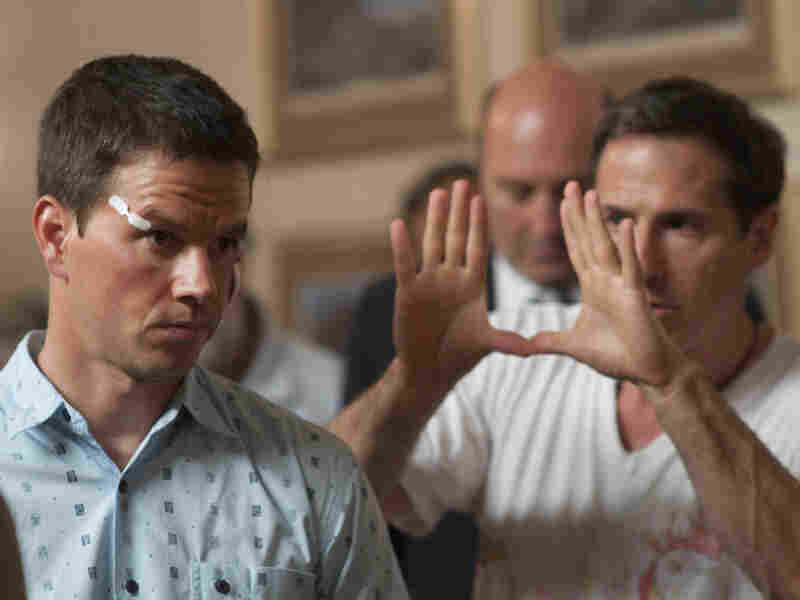 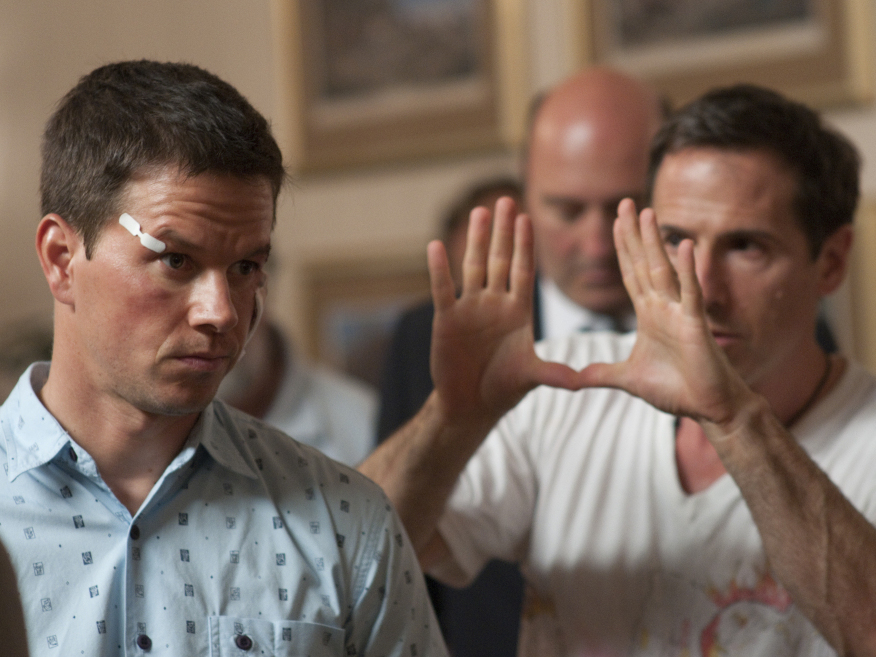 Listen to Mark Wahlberg describe why he wanted to make 'The Fighter' and director David O. Russell talk about his filming techniques.

Mark Wahlberg On Making The Fighter

After working together on Three Kings and I Heart Huckabees, actor Mark Wahlberg and director David O. Russell collaborated for the third time on their new film The Fighter, based on the true story of the Massachusetts boxer "Irish" Micky Ward.

Ward, best known for his three fights against Arturo Gatti, won the Light Welterweight Championship in 2000, when his older half-brother, Dicky, convinced him to re-enter the ring after several years on hiatus. Dicky, portrayed by Christian Bale in the film, was a former pro boxer whose career ended after he became addicted to crack cocaine.

Wahlberg and Russell join Terry Gross for a conversation about how they put Ward's story on-screen during a tight film shoot that lasted only 33 days.

"We hired real boxers," Wahlberg says. "We had HBO come and shoot the fights for us, using the same cameras that they shot the great Micky Ward-Arturo Gatti fights with. I always thought HBO does such a great job of capturing all of the action and suspense and drama in a fight — as long as it's there in the ring, they never miss anything. And they don't know what's going to happen. They get one take at it. We had the luxury of showing them what we were going to do in the morning and doing it multiple times, but that meant going in there and really hitting."

To play Ward, Wahlberg built a boxing ring inside his home and practiced sparring for more than four years. He studied boxing matches to see how boxers moved, the way they punched and the way they moved their feet in the ring.

'I'm The One Fighting'

From 'The Fighter' - 'What Problems?'

Wahlberg, who grew up about 30 minutes away from the real-life Ward, says he was excited to play the boxer on-screen — and to meet him in real life.

"Micky was such a huge sports icon," he says. "Boston obviously is a big sports town — but Larry Bird is from Indiana, and all of these other athletes weren't from our neighborhoods and weren't really considered one of our own. Micky Ward was the local guy who did the impossible."

It wasn't only the fighting scenes that Wahlberg and Russell wanted to portray accurately. They also wanted to capture the Ward family dynamic — most notably the relationship Ward had with his half-brother, his girlfriend (played by Amy Adams) his mother (Melissa Leo) and his seven sisters, a family the New York Times described as "vulgar, vicious, loyal, hilarious and ... embarrassingly human."

The realness of the characters spoke to Russell, who says it was the relationships they had with each other — not the fighting bouts — that spoke to him as a director.

"Off the bat, I recognized the flavor of my own family members in the Bronx and Brooklyn," he says. The women, in particular, "made the story very special to me, in combination with these brothers and their brothers' dynamic. The seven sisters, the mother — the women helped make the men what they were and were so pivotal to the family."

On Dicky Eklund's Thoughts About the Movie

Wahlberg: "The first time he saw the movie he was very uncomfortable with it, as I expected. But then when we showed him the movie with an audience and he realized how inspiring he was to so many people — and how his overcoming [drugs] would continue to inspire and help other people, he became very, very proud of it."

On similarities between Alice Ward and Mark Wahlberg's mother

Wahlberg: "There's so many similarities between my life and Micky's life, and Alice and my mom — not just the fact that they both had nine children. Micky and I both had the older brother who was very much the apple of Mom's eye and could do no wrong. I was talking to my mother on the way over here on the phone, and she was like, 'Next time, when you do an interview about me, can you just say how I was the best — not that I was a machine or that I was tough or I kicked your ass or that I threw your friends out of the house?' I guess she had watched me on Ellen DeGeneres, and I told the stories of my mom slapping me down or bringing me back down to reality. I am now going to say, 'She's the best,' so now I can talk about how tough she was again."

Russell: "I think what makes compelling fiction or cinema is when you're basically taking the most intense moments of experience and you're creating a song or a narrative out of it. ... And it's true, you don't want to be false — but the cinema of it is that it grabs you and it carries you, and it flips you around and it throws you from scene to scene and just keeps riding you like a roller coaster. That, to me, is what makes a movie that doesn't get boring or doesn't flag."